Washington police arrested a man this week in connection to a cold case kidnapping and rape, and they also determined that the suspect might possibly be tied to the 2009 disappearance and murder of Lindsey Baum.

DNA collected at the time of the rape did not match with any samples in a nationwide criminal database, but Grays Harbor Sheriff’s Office Chief Darrin Wallace submitted the DNA to a laboratory for new testing in December 2020. 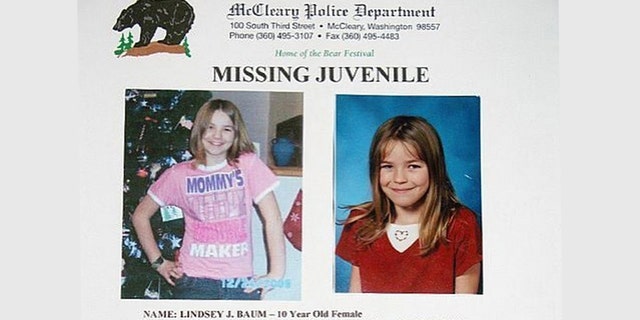 The test resulted in a short list of possible suspects, including Bieker, whom investigators believe lived in McCleary in 2003 not too far from the victim’s home, Q13 FOX Seattle reported. Additional evidence linked Bieker to the crime, including a DNA match using a sample from a cup Bieker used and discarded, police said.

Bieker is expected to appear in court Wednesday regarding the 2003 case, during which he allegedly ambushed and restrained a 17-year-old girl, drove her vehicle to an undisclosed location and sexually assaulted her before abandoning her near McCleary, according to police.

The unnamed victim was able to free herself and escape.

The revelation opened up questions as to whether Bieker may also be responsible for the kidnapping and murder of Lindsey Baum who went missing in McCleary in 2009. She was 10 years old at the time.

Baum disappeared after she left a friend’s house, just four blocks from her own home. A search lasted for days but turned up no evidence.

Police have been unable to make any progress in Baum’s case, aside from the recovery of her remains in 2017 when hunters discovered bone fragments in an undisclosed but remote location near McCleary.

“There are some eerie similarities between the two cases,” Grays County Undersheriff Brad Johansson said of the possible connection. “How many kidnappers do you have in the same small town?”

“However, they could end up being completely unrelated,” he cautioned, insisting that “one way or another” the police will figure out what happened, according to KOMO News.

Bieker remains in custody at the Grays Harbor County Jail.