It was the opportunity to document history of which most researchers can only dream.

Since 1990 – the year by which Bob Hawke infamously promised no child would be living in poverty – the Brotherhood of St Laurence has been following the lives of 167 people.

The babies were born into diverse families living in Fitzroy and Collingwood, where there is a high concentration of both affluence and poverty. 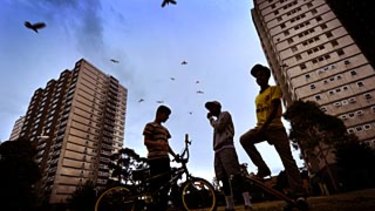 There is a high level of both poverty and affluence in Fitzroy and Collingwood.Credit:Justin McManus

The Brotherhood of St Laurence, which was concerned about the level of child poverty in Australia, wanted to study how the different circumstances of participants’ childhoods would affect their life chances and what social policies could be put in place to even the score.

In 2020 the participants turned 30 – often regarded as a pivotal year – in the middle of a pandemic.

“This is a historic opportunity, we couldn’t let it go past,” says Dr Dina Bowman, the principal research fellow from the Brotherhood of St Laurence. “We just really wanted to see how the pandemic affected them."

Dr Bowman says the participants in the longitudinal study, which is called Life Chances, left school in the middle of the global financial crisis. They faced a labour market characterised by a growth in part-time jobs with high under-employment, inadequate income support and unaffordable housing.

“So they were already impacted in terms of entering work at a difficult time and then at 30, which is an age where people are expecting to have a good job and be building foundations, the pandemic is knocking people sideways."

Life Chances has consistently revealed that whether someone grows up rich or poor makes a difference to their life but does not necessarily determine its outcome.

The pandemic is no different. “It’s not inevitable that when you’re born into a poor family, you are going to remain poor,” Dr Bowman says. “But what was striking is that those with resources had more to be able to weather the storm."

The latest Life Chances update – Setbacks at 30 – found most of the 30-year-olds experienced negative financial impacts but how they responded differed. Those who could, drew on savings or cashed in shares. Others drew on – or completely drained – their superannuation, cut down on expenses, borrowed money or sold belongings to raise some extra cash.

“The pandemic has really uncovered the underlying inequalities that exist,” Dr Bowman says.

Almost one-quarter made new housing arrangements as a result of the pandemic, including moving to live with parents. 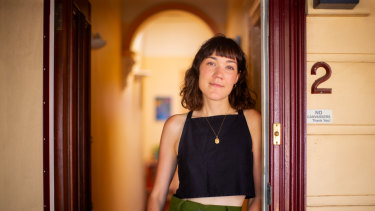 Life Chances participant Clio Renner says she is fortunate to have been able to live with her parents for half of 2020.Credit:Simon Schluter

One of the Life Chances participants, Clio Renner, a pianist, keyboardist, vocalist and songwriter, recalls the exact moment she realised her life had been upended by the pandemic.

It was March 14 and Ms Renner had boarded a plane to Kiama to perform at a Killing Heidi gig.

“And then the gig got cancelled just before the plane took off. We were standing in the airport and it was like: ‘This is it.’ We had no idea when we were going to see each other again and it was very sad,” Ms Renner says.

Ms Renner, who had temporarily moved back in with her parents before the pandemic hit, ended up staying for five months. “I’m very lucky to have that support, because being a musician all my work was cancelled. It was very, very stressful and I didn’t know what my financial situation was going to be. To be able to go back to my childhood home was very comforting."

Ms Renner is grateful for her “amazing” parents, both of whom are teachers. “A lot of friends I work with have had completely different upbringings and I think there are things in our lives that are tangibly different. Looking into the future, I just don’t think there is a possibility of things really going wrong because of my childhood."

Dr Bowman says one of the things that struck her about the research was the number of participants who saw a silver lining to the pandemic. 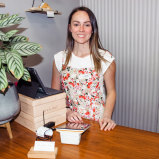 One of these was Kasey Hazelman, who owns the clothing boutique Love from Indie in Kyabram. “I only took over in April last year and copped all the bushfires that were in summer and then COVID, so it’s been a bit of a nightmare,” Ms Hazelman says. “If I didn’t get JobKeeper, I would have had to shut, there’s no way I would have survived."

In spite of this, she says, “COVID in a way worked out well for me”. Ms Hazelman closed Love from Indie during stage three restrictions, which made it easier for her to attend IVF appointments. And “there were a lot of weekends at home, which was kind of nice".

Ms Hazelman lived in a housing commission tower in Fitzroy until she was one when her family moved to public housing in Benalla. Her father did shift work, including driving trucks, and her mother worked in supermarkets once Ms Hazelman and her siblings were at school.

Life Chances found that on average, young people who grew up in low-income families were less likely to attend university. Ms Hazelman says “school just wasn’t for me” and she left after year 10. “I had no intentions of going to uni so I got a full-time job then,” she says.

“I always wanted money, but I always knew I had to work for my money, I never got anything handed to me. I started work when I was young so I could buy the dumb things I wanted to buy or my friends were buying. I had an older brother who was a good role model. He started work young as well and saved so I wanted to follow him. It was a good way to grow up. I wouldn’t have wanted to be spoilt.”

Setbacks at 30 says the long-term economic impacts of COVID-19 are unclear. It says there is a risk that pre-existing trends will be exacerbated, including the rise of insecure work and the loosening of the link between education and work.

Dr Bowman says the Life Chances survey will continue for as long as it receives philanthropic funding. “What we would really like to do for the next stage is look at parenting and economic security, because quite a few of the young people now have children. Just to be able to see the intergenerational impacts of advantage or disadvantage would be a great opportunity."