Lewis Hamilton has reignited a row with David Hockney over an £18million home that the Formula One champion has allegedly never set foot it.

The racer bagged the West London property a few years ago and plans to add renovations to the six-bed pile.

But his artist neighbour objected to the proposals when they were submitted in January. 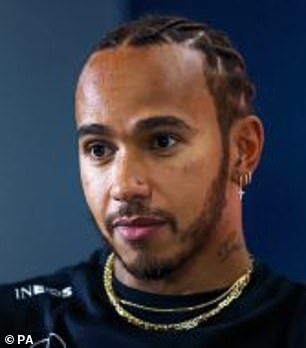 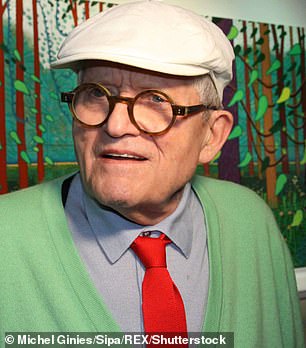 Hockney said that the plans would block natural light to his nearby studio and thus affect his ability to work.

Hamilton has responded by moving scaffolders in yesterday after he won approval from council officials, The Sun reports.

His plans include a rear extension with a stone terrace and a pergola and he is also installing a porch.

Hockney – regarded as the UK’s greatest living painter – and the other artists he works with at his studio have sent a letter in protest.

It reads: ‘As the owners of these Grade II listed buildings and as working artists who depend on natural daylight, our working and living conditions would be seriously disturbed by the plan as currently described.’ It adds: ‘Light is an essential condition of art.’

The signatories have also argued that Hamilton’s proposals will affect the tranquility of the area.

The racing driver’s battle previously included being stopped from installing a summer house.

Neighbours raged at the council: ‘The current owner bought the property for £18million in 2017 and has never set foot in it.’

Hamilton bought the mansion from Christopher Bailey, chief designer at Burberry, with almost £2million knocked off the price.