John Le Carré dies aged 89: Literary world pays tribute as Tinker Tailor Solider Spy author passes away after a short battle with pneumonia – as his agent says: ‘His like will never be seen again’

The literary world has paid tribute to John Le Carré after the legendary spy author died following a short battle with pneumonia.

Confirming the death was not Covid-19 related, Mr Geller said: ‘Our hearts go out to his four sons, their families and to his dear wife, Jane.

‘For six decades, John le Carré dominated the bestseller lists and review pages with his monumental body of work.’

The former MI6 spy, born David Cornwell, transitioned from espionage to become one of Britain’s most critically acclaimed authors.

He has written 25 books under the pen name John le Carré, including ‘The Constant Gardener’ and ‘The Night Manager.’

His body of work dates back to 1961 – with his third novel, The Spy Who Came in from the Cold, catapulting him into global acclaim in 1963. 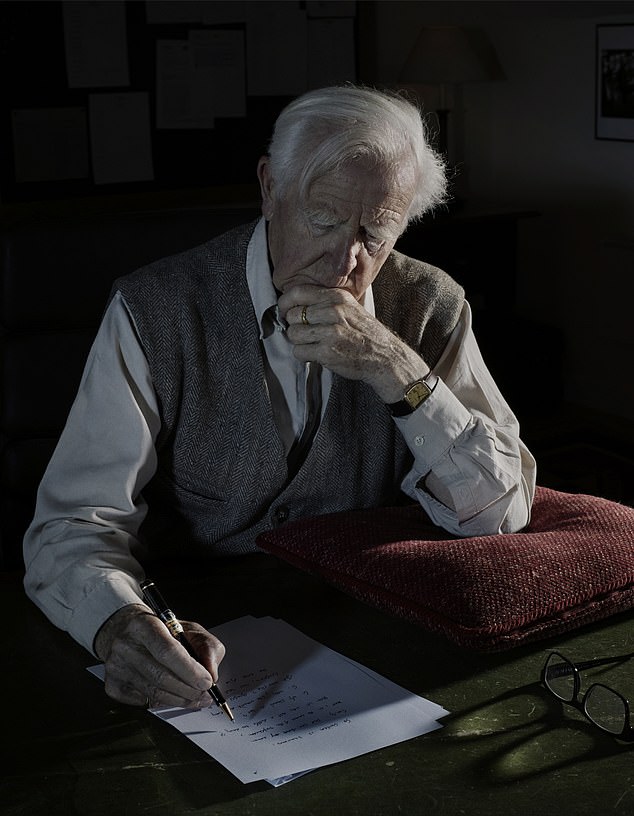 Mr Geller said: ‘His like will never be seen again, and his loss will be felt by every book lover, everyone interested in the human condition.We have lost a great figure of English literature, a man of great wit, kindness, humour and intelligence.

‘I have lost a friend, a mentor and an inspiration.’

The late author’s family said tonight: ‘David is survived by his beloved wife of almost fifty years, Jane, and his sons Nicholas, Timothy, Stephen and Simon. We all grieve deeply his passing.

‘Our thanks go to the wonderful NHS team at the Royal Cornwall Hospital in Truro for the care and compassion that he was shown throughout his stay. We know they share our sadness.’

Mr Cornwell spent lockdown at his Cornish home and was outspoken about the Government’s handling of the pandemic.

Speaking in May, he said: ‘There are signs everywhere of a tragic national cock-up but it really has a history of at least 10 years of austerity behind it and running down of the National Health Service.’

Referring to prime minister Boris Johnson, he added: ‘A man can be pig ignorant and very well educated. There’s a line of that through politics.’

The father-of-four also stated he hoped the pandemic would lead to a ‘fairer society’ with a ‘more equal distribution of wealth’.

Mr Geller added: ‘He went on to define the Cold War era with the help of his character, George Smiley, and through his complex plots and beautiful prose, beamed a harsh light at the injustices of our world.

‘The 1980s brought the novel that is often heralded as his masterpiece: A Perfect Spy.

‘With the fall of the Berlin Wall, David’s focus extended beyond the Soviet/UK/US relations to arms dealing with The Night Manager.

‘The first decade of the new millennium brought us The Constant Gardener, a passionate critique of Big Pharma and this current decade brought back his favourite creation, George Smiley, in A Legacy of Spies.

‘His last novel, Agent Running in the Field, was published in October 2019.David wrote twenty-five novels and one volume of memoir, The Pigeon Tunnel (2016), and has sold more than sixty million copies of his work worldwide.’