Leaked documents show one of Australia’s oldest and best-resourced Indigenous corporations has been operating without a valid board of directors since 2017 and is unable to properly account for $28 million worth of transactions.

The crisis at the Marra Worra Worra Aboriginal Corporation in Fitzroy Crossing in Western Australia’s vast Kimberley region is detailed in financial and legal documents obtained by The Age and The Sydney Morning Herald, and which allege risk to its operations. 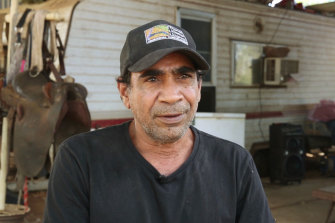 “The absence of validly elected directors is a significant risk to MWWAC and its ongoing operations,” Jackson McDonald warned after it identified flawed voting practices at successive annual general meetings.

“An error of this magnitude is reflective of a lack of good governance and compliance practices … we are concerned that MWWAC does not have suitable good governance measures in place to effectively manage the operations and activities of the corporation.”

The revelations come after The Sunday Age and Sun Herald reported that Brian Wilkinson, the chief executive of the region’s other major Indigenous organisation, the Kimberley Land Council, was sacked after he pushed for greater transparency around the operation of the council’s multimillion-dollar charitable trust. 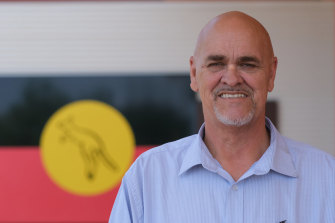 Brian Wilkinson was stood down as CEO of the Kimberley Land Council.

Mr Wilkinson’s requests for more information about the trust is reflective of the strong suspicion among some Kimberley communities about who has benefited from payments. Similar suspicions exist around Marra Worra Worra’s investment decisions.

Although he was backed by external legal advice, Mr Wilkinson’s request for financial records and other documents from Kimberley Sustainable Development put him in conflict with influential Kimberley men associated with the trust including former KLC chief executive Nolan Hunter and Wayne Bergmann. Mr Bergmann was last Thursday announced as acting KLC chief executive.

Founded in 1978 and registered as a charity, Marra Worra Worra is funded by government and private sources and provides services, including employment, to 26 Kimberley Aboriginal communities. It owns and operates several businesses which employ about 70 people and generate revenues of more than $40 million.

Until late last year, it was led by another of the Kimberley’s most influential men, former Aboriginal and Torres Strait Islander commissioner Eric “Dickie” Bedford. Documents reveal Mr Bedford was sacked by the board in November last year after it grew tired of him making decisions without its approval. Mr Bedford did not respond to questions.

Spending and investment decisions made under Mr Bedford’s leadership have been highlighted in a March draft forensic audit report which found millions of dollars had been paid out to several companies and organisations without board approval.

The largest series of transactions identified in the draft forensic audit amounted to $11 million over three years to a Kimberley contracting business owned jointly by Marra Worra Worra and electrician Gary Johnson.

Marra Worra Worra’s financial dealings with KRSP Pty Ltd were previously the subject of a major investigation by the federal regulator, the Office of the Registrar of Indigenous Corporations, in 2013. That inquiry found Marra Worra Worra’s then chief executive, Mr Bedford, authorised the mortgaging of one of the organisation’s properties to provide security for a $12 million bank loan to a trust fund associated with KRSP. He did this, according to the regulator, without approval from a quorum of Marra Worra Worra directors.

Another major transaction scrutinised by the Perth audit team this year was $3 million Marra Worra Worra provided through investments and loans to a Kimberley cattle station venture founded by Mr Bergmann. Mr Bedford and Mr Bergmann both sit on the board of the Kimberley Agricultural Pastoral Company. 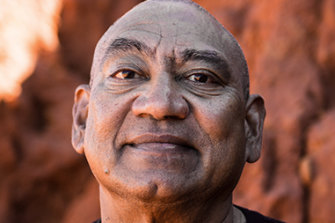 There is no suggestion Mr Bergmann has engaged in any wrongdoing in relation to Marra Worra Worra’s investments in the cattle stations. But legal advice provided to the community organisation’s board has warned of possible difficulties in recovering Marra Worra Worra’s investments and loans to the cattle station business due to the way the financial arrangements were structured.

Mr Gregson told The Age and Herald that he had resigned all these positions in August 2019 but Marra Worra Worra had yet to update its records with the Australian Securities and Investments Commission. Mr Gregson said this work was now under way. The Age and Herald do not accuse him of any wrongdoing.

Mr Gregson said the payments were for accounting services provided by Indigenous Business Solutions between 2016 and 2019.

“All payments to Walker Wayland and Indigenous Business Solutions were contracted on an arm’s length basis,” he said.

Mr Gregson also said the capital generated from Marra Worra Worra’s investments and businesses had provided substantial benefits across the Fitzroy Valley, allowing for the employment and advancement of many Aboriginal people.

The draft audit showed that Marra Worra Worra paid $1.75 million into two businesses shortly before they were placed into liquidation. It also noted that Mr Bedford and his wife, who is Marra Worra Worra’s finance manager, both received bonuses in 2020 to lift their combined pay to more than $400,000. Once again, the audit could not find board approval for the bonuses.

BDO advised Marra Worra Worra to establish a conflicts of interest register and warned that its failure to retain banking reports and other documentation about its financial dealings could be in breach of the Corporations (Aboriginal and Torres Strait Islander) Act.

Law firm Jackson McDonald has advised Marra Worra Worra to immediately notify the Office of the Registrar of Indigenous Corporations of how it intended to rectify its governance problems or risk being placed under special administration.