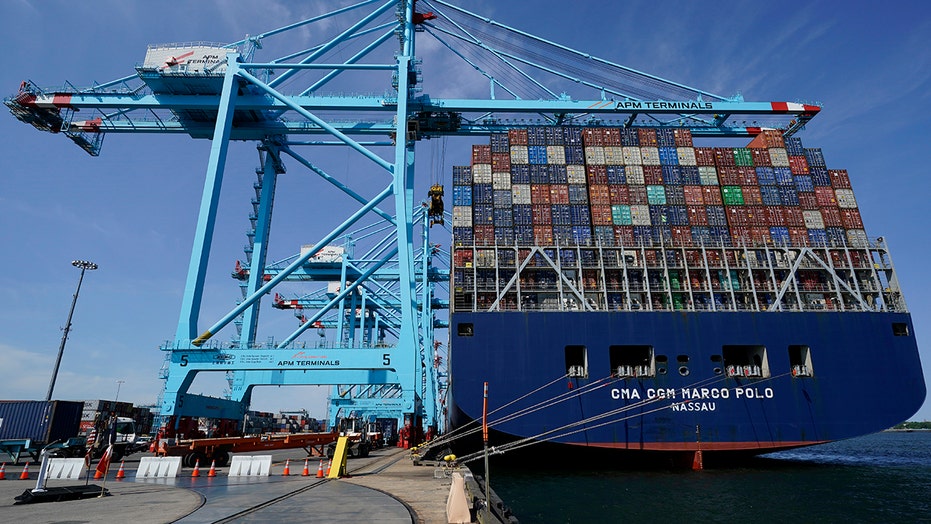 The largest container ship ever to dock on at an East Coast port arrived at New Jersey’s Elizabeth-Port Authority Marine Terminal.

In 2017, the Port Authority of New York and New Jersey spent nearly $2 billion dollars to raise the bridge from a height clearance of 151 feet to 215 feet.

The 1,300-foot Marco Polo – once the world’s largest container ship –  is longer than the Big Apple’s Empire State Building is tall and can fit more than 16,000 20-foot-long containers. 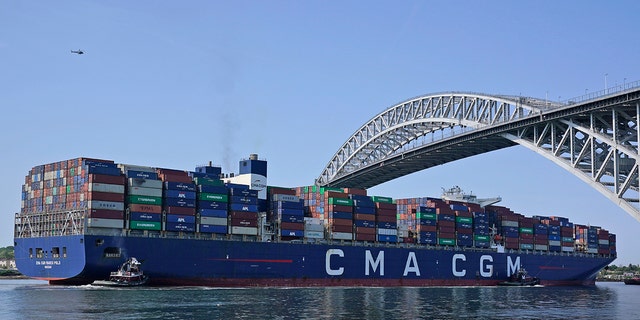 The CMA CGM Marco Polo passes underneath the Bayonne Bridge on its way to the Elizabeth-Port Authority Marine Terminal as seen from Bayonne, N.J., Thursday, May 20, 2021. (AP Photo/Seth Wenig)

The ultra-large vessel traveled from Southeast Asia through the Suez Canal and the New York Daily News reported Thursday it had arrived in Halifax, Nova Scotia on May 17 before its journey south.

The Marco Polo is also calling at other ports in the U.S. this week, including Norfolk, Virginia, Savannah, Georgia, and Charleston, South Carolina.

It will remain at the terminal for several days, according to Fox 5 New York.

Additionally, the New York Daily News noted that the 25 crew members – some of whom had been aboard the ship for at least six consecutive months –  received a Johnson & Johnson COVID-19 vaccine shot at Port Elizabeth.

The Associated Press reported on Thursday that as many as 3,000 containers were to be lifted off, moved to other areas of the APM Terminal and stacked.

According to the AP, about the same amount would be loaded onto the ship ahead of its Saturday departure. 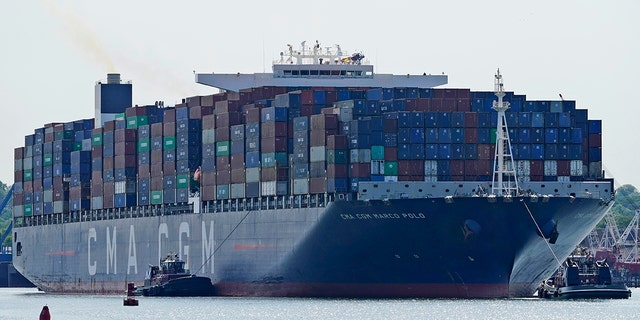 Despite the widespread negative impacts of the COVID-19 pandemic, the global shipping industry is booming once again.

The AP said that U.S. Department of Transportation statistics, beginning in August, showed monthly container volume for the 10 busiest U.S. ports had surpassed 2019 levels and that container volume in March 2021 was 37% higher than March 2020 at New Jersey and New York ports.

“The Port Authority’s infrastructure improvements such as the raising of the Bayonne Bridge and the deepening of the navigational channel serving our seaport have made possible this historic moment,” he said. “These infrastructure improvements also have helped generate record cargo volumes and enabled our supply lines to remain extraordinarily robust during the pandemic.”