This is the hilarious moment that a cute Labrador puppy tries and fails to stay awake during a car journey.

The puppy, named Knox, was travelling in its owner’s Jeep in Austin, Texas, last month.

Footage shows it sitting upright in the back of the car with its head lolling behind it before it wakes and looks up at its owner with tired eyes. 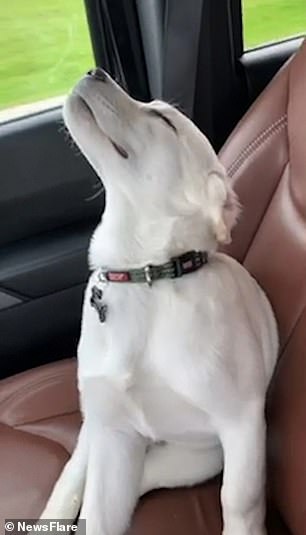 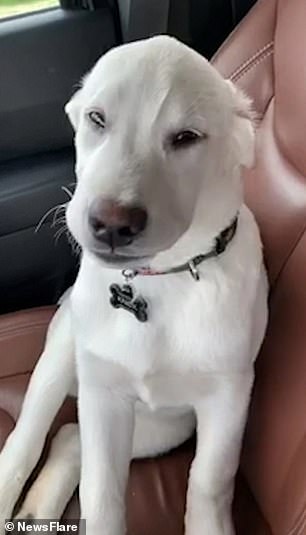 A cute Labrador puppy named Knox tries and fails to keep its eyes open during a car journey in Texas. It then wakes up and looks guiltily at its owner

The video starts with Knox somehow still upright even though his head is pointing upwards and rolling from side to side as he sleeps.

Knox has his eyes shut the whole time but is still able to steady himself and not collapse onto the floor or to the side.

But eventually, Knox wakes up and looks up guiltily with tired eyes at its owner.