KIM Kardashian has called for international efforts to keep the peace as a border conflict between Armenia and Azerbaijan killed more than 50 people in two days.

The reality TV megastar – who is of Armenian heritage – condemned the "unprovoked attacks" after the Azeri military launched an assault wit helicopter gunships yesterday. 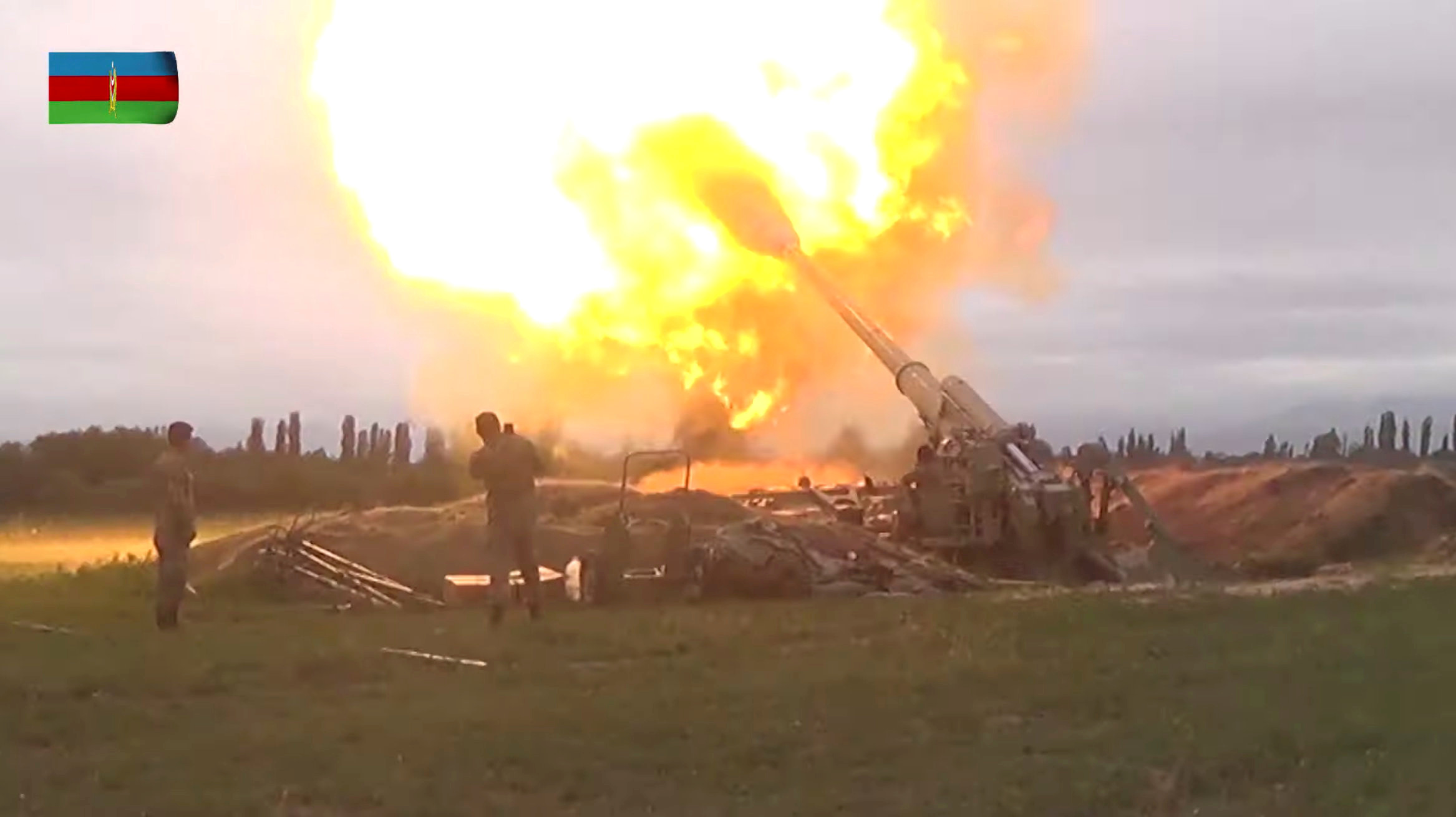 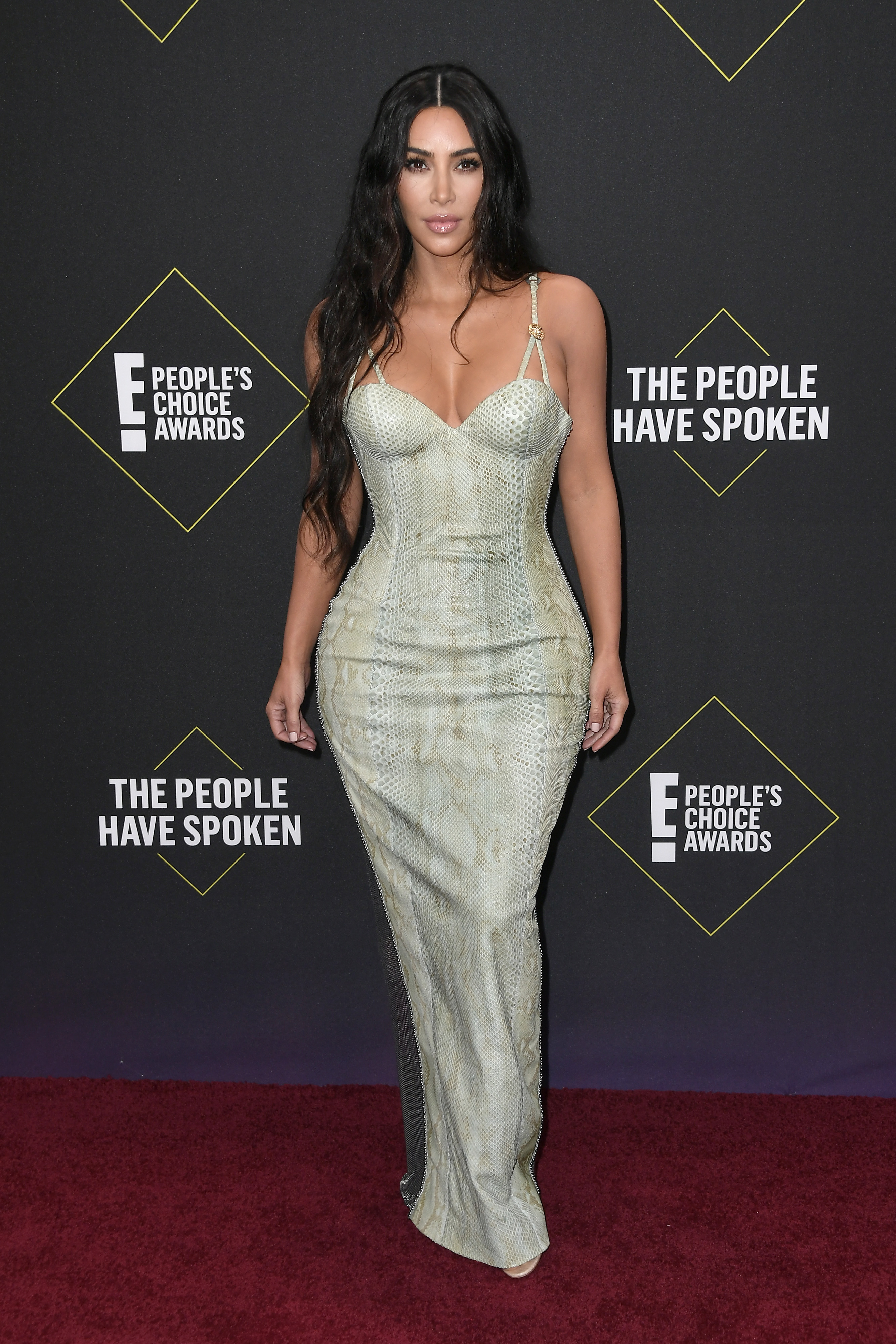 Another 30 people were reported killed today following 23 on Sunday in the fiercest fighting for years in the disputed Nagorno-Karabakh region.

The breakaway region – also known as Artsakh – is internationally recognised as part of Azerbaijan but is controlled by ethnic Armenians.

Turkey was accused of sending F-16 jets and mercenaries to assist its Azeri allies as the skirmishes threatened to escalate into all-out war.

Kim K said on Twitter: "Please share the news Armenians in #Arstakh have been attacked. We are praying brave men & women risking their lives to protect Artsakh & #Armenia."

She added: "The news is misleading & these are not 'clashes'. Armenia has been the victim of unprovoked attacks by Azerbaijan & the predictable disinformation campaign that accompanies them.

She also called on her 67million followers to contact senators and congressmen demanding the US cut off military aid to oil-rich Azerbaijan.

Kim's father Robert Kardashian – a lawyer who represented OJ Simpson – was from an Armenian immigrant family who moved to the US. 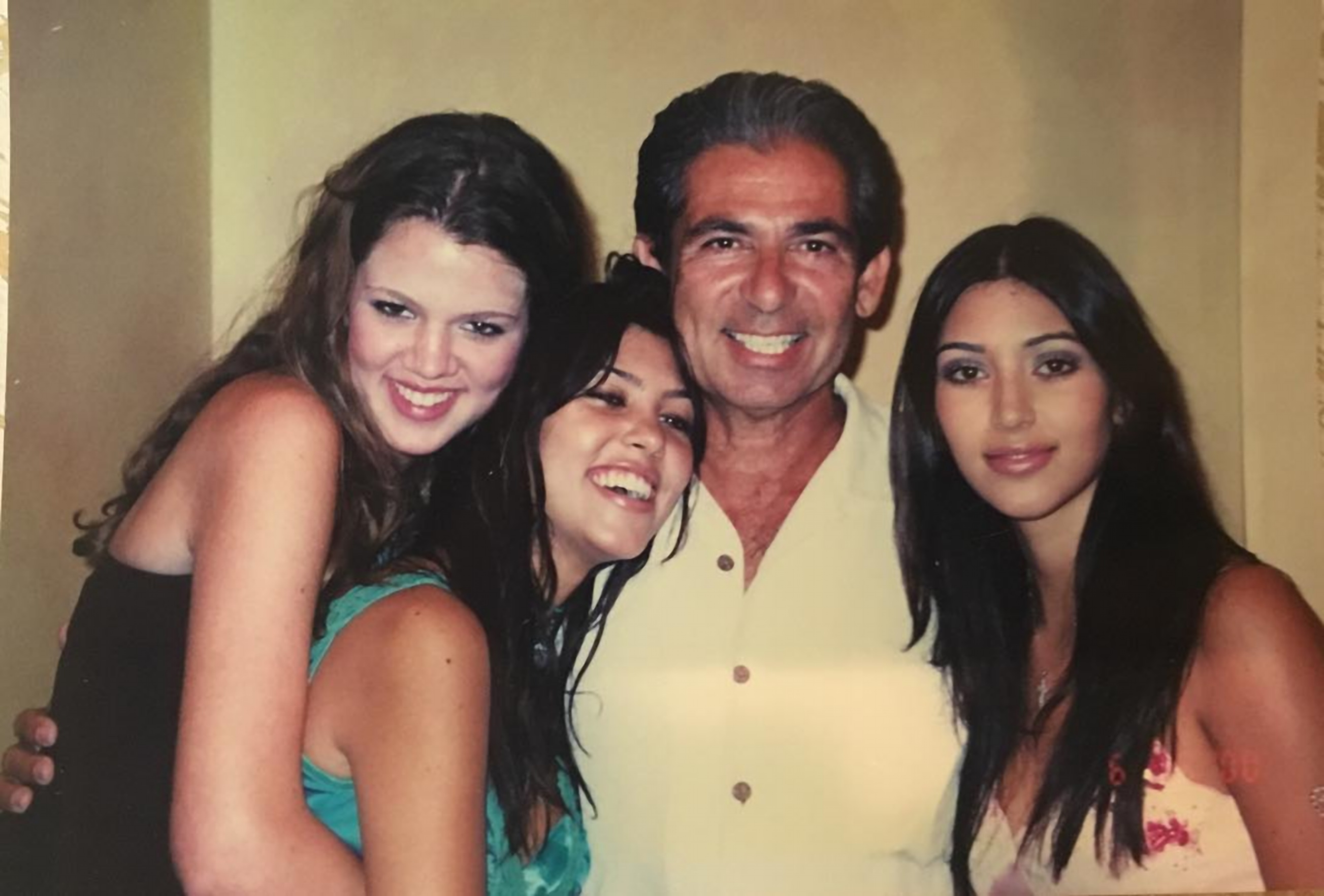 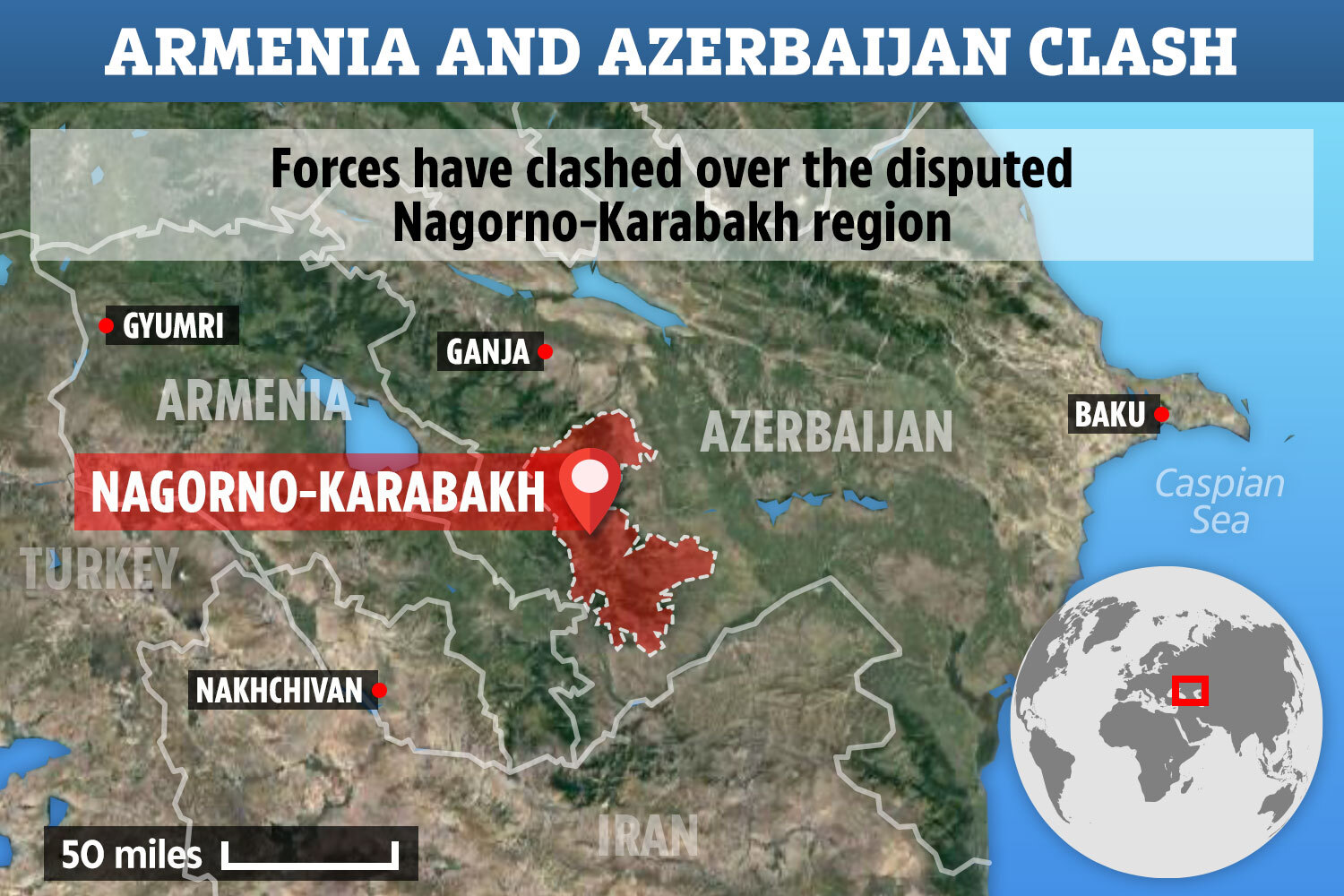 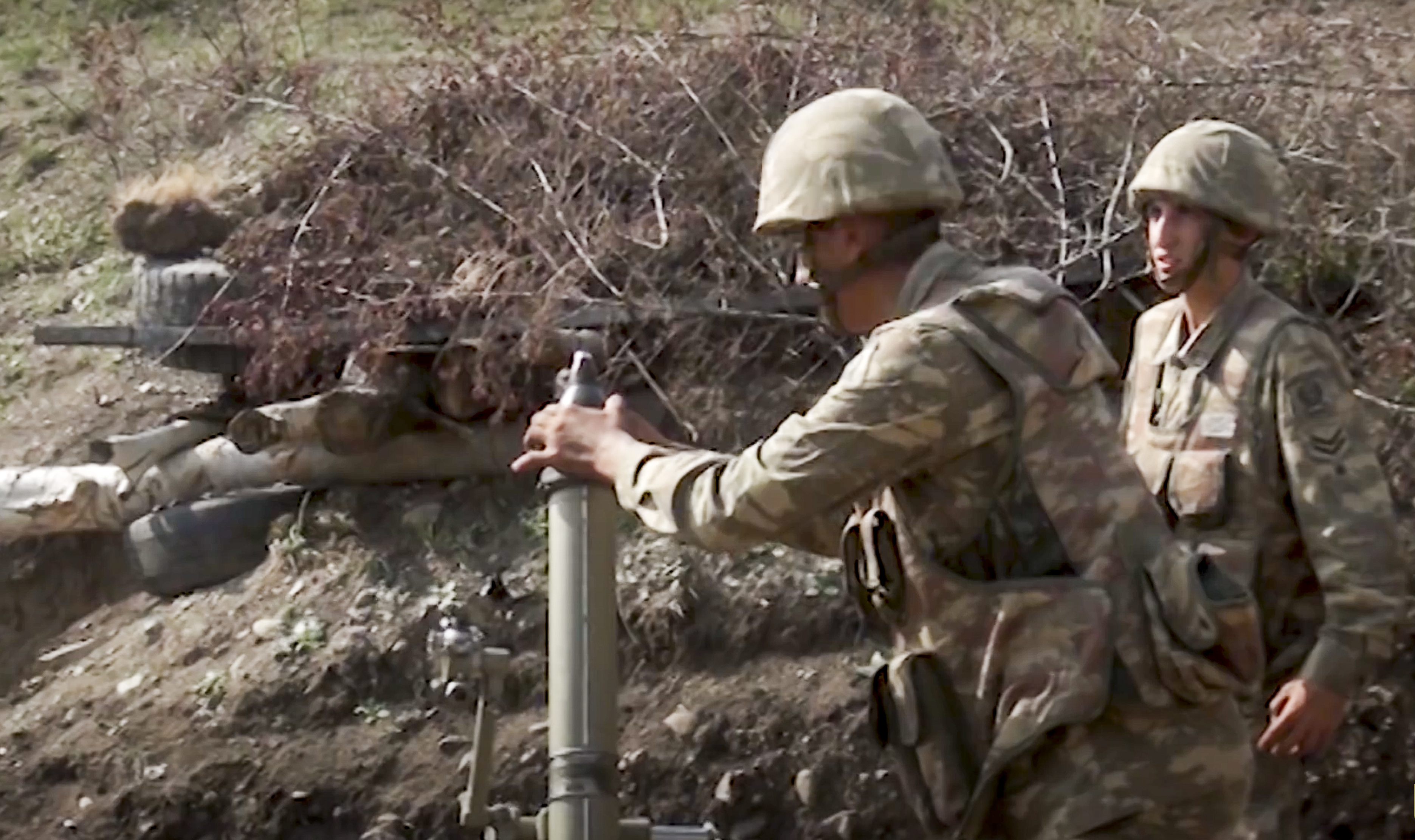 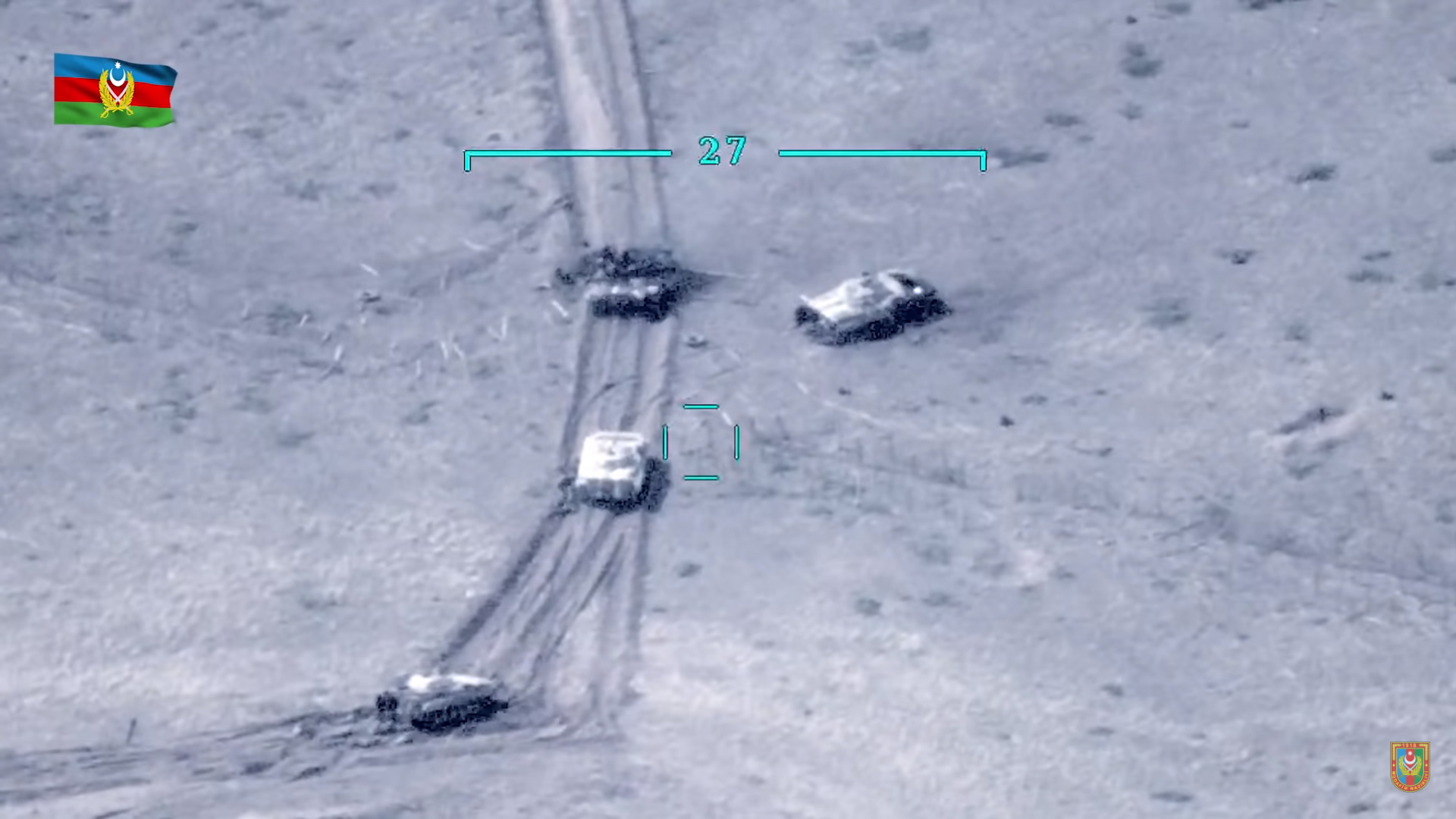 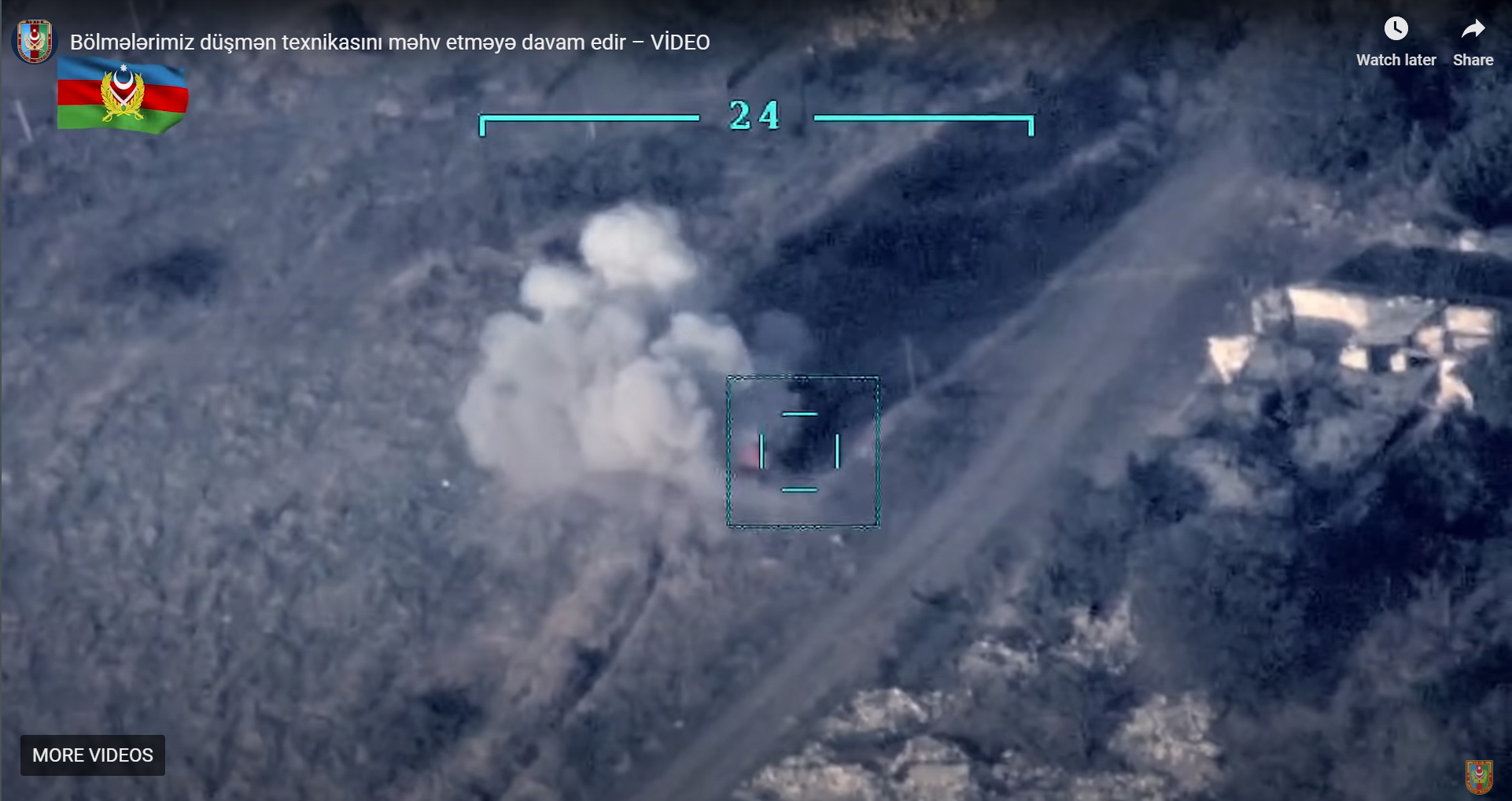 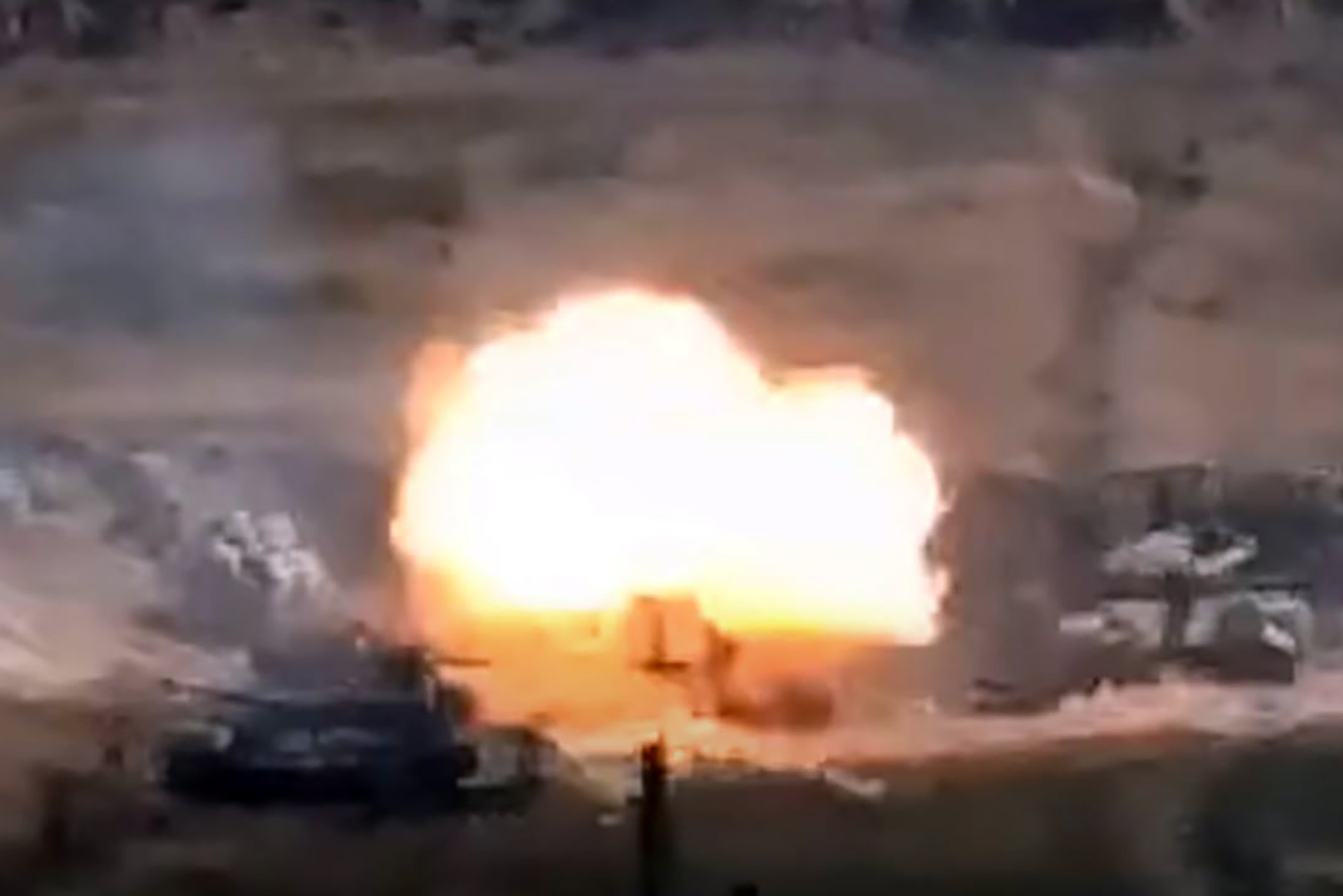 Armenia has declared martial law and mobilised all men of fighting age after it accused Azerbaijan of unprovoked strikes on Sunday morning.

It said 16 soldiers were killed and 100 injured and civilians were also hurt.

Armenian forces claimed they had shot down seven Azeri helicopters and 15 drones and destroyed 13 tanks.

It claimed shelling over the border killed Azeri civilians including five members of the same family.

It said it then launched a "necessary counter-offensive" and had "liberated" parts of the territory, which Armenia denied.

At least 30 more people died on a second day of heavy clashes as each side pounded the other with rockets and artillery, Reuters reported.

Videos released by the two militaries claimed to show tanks being blown up from the air.

One apparently shows an Azeri TB-2 drone, made in Turkey, tracking an Armenian T-72 tank across the battlefield before it explodes, killing the crew of three.

Turkey – a historic enemy of Christian Armenia – has stationed F-16 jets and other military hardware in Azerbaijan.

President Ilham Aliyev said he was confident of regaining control over the disputed mountainous region.

Turkish President Recep Tayyip Erdogan pledged support for his ally, urging the world to stand with the country in its "battle against invasion and cruelty".

Today amid claims Turkish mercenaries were being deployed, there were calls for 20,000 Armenian volunteers to travel from their homes in Russia to join the fighting.

The region has strategic importance and hosts oil pipelines from the Caspian Sea to the world markets.

It is the latest violence in a 30-year conflict that began with the break-up of the Soviet Union when both states gained independence.

Nagorno-Karabakh voted to split from Azerbaijan, sparking a civil war that only ended with a ceasefire in 1994.

Tens of thousands died in the fighting and a million people were displaced.

There have been several serious flare-ups since including the "four day war" that killed nearly 200 people in 2014. 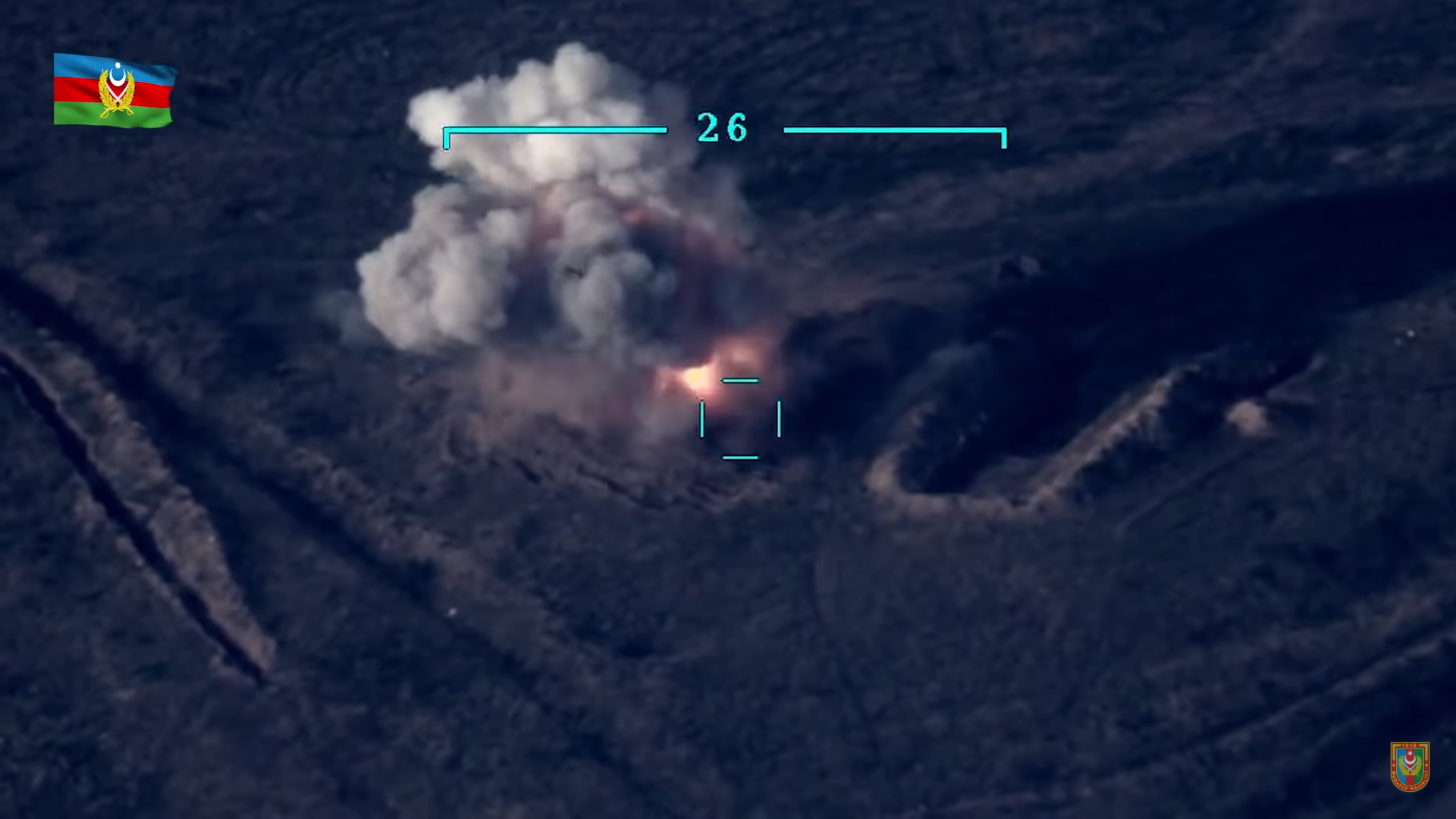 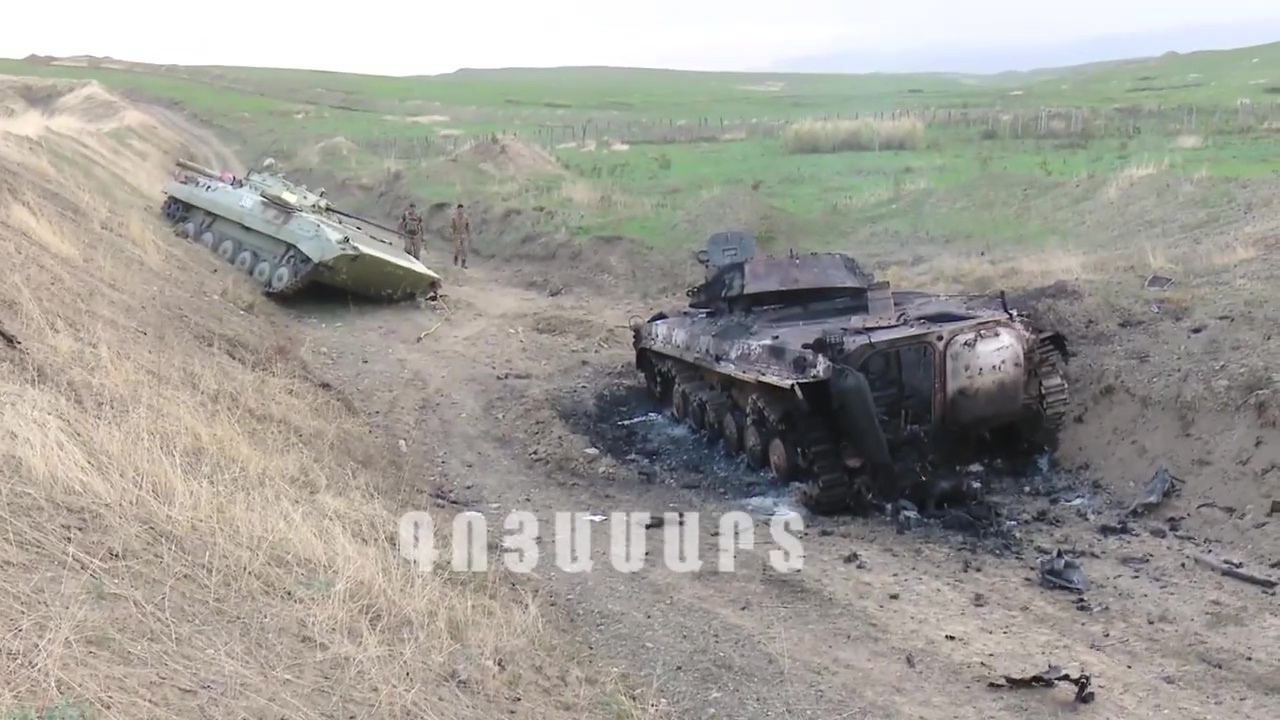 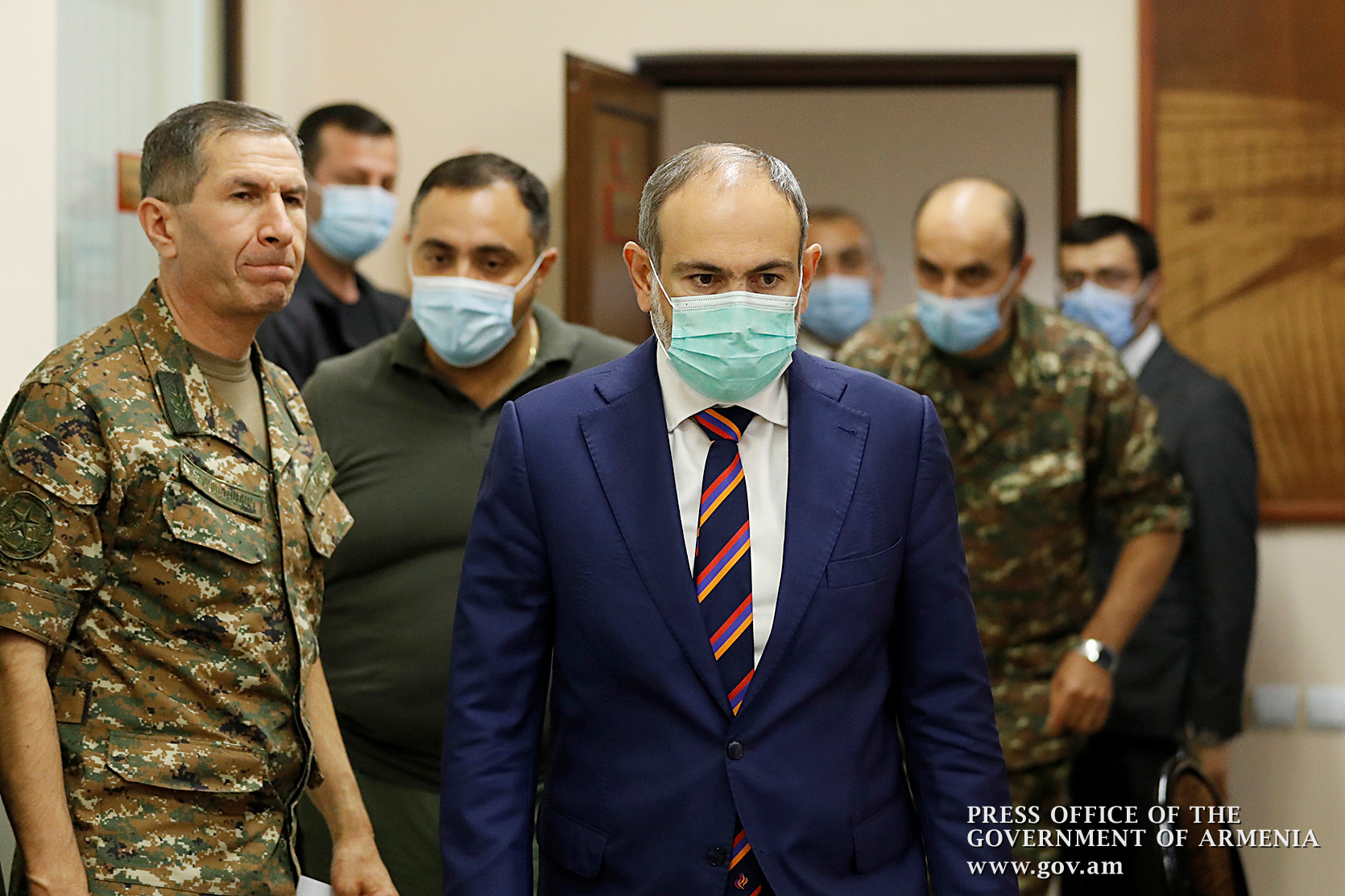