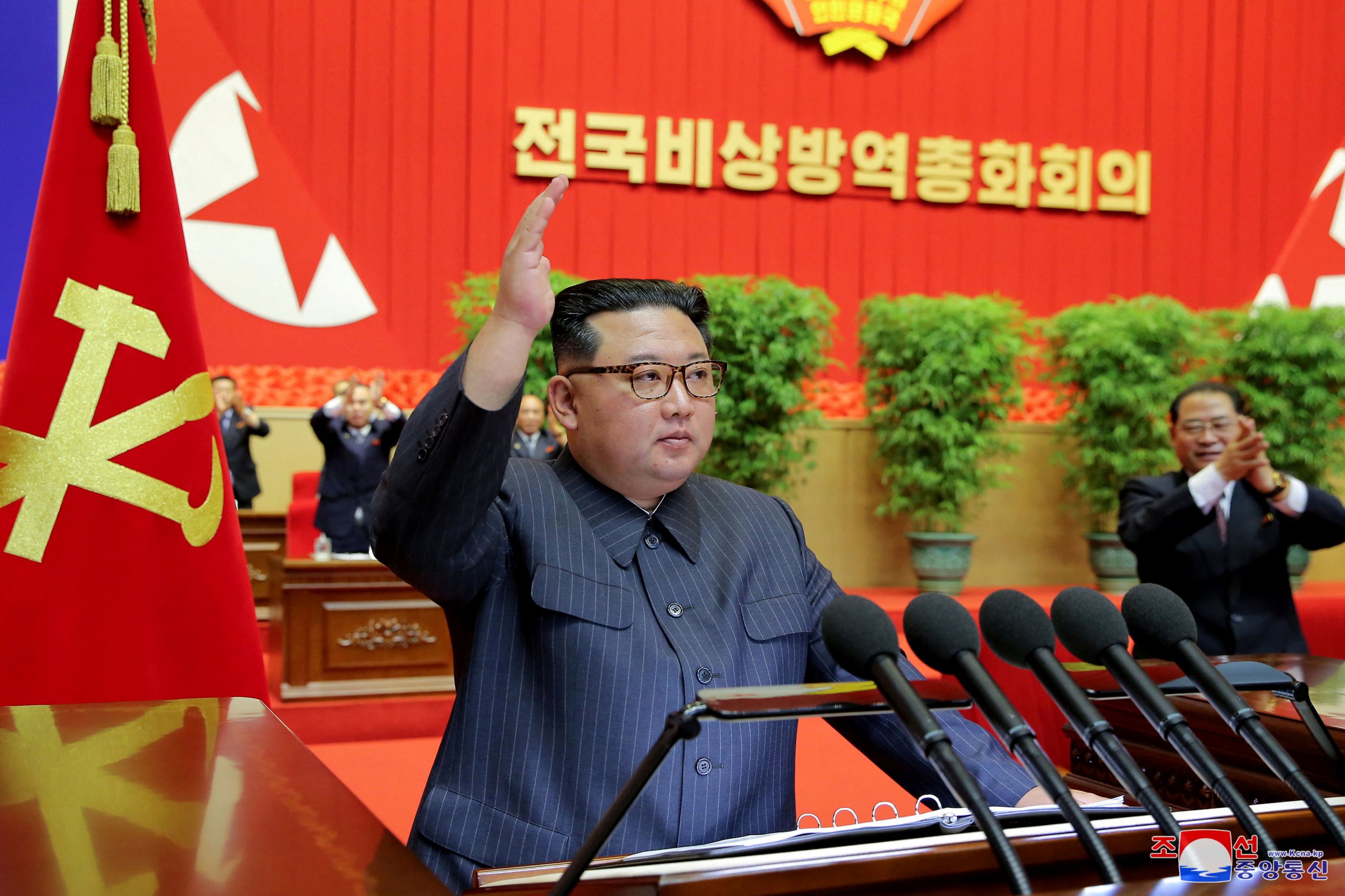 North Korea’s Kim Jong Un has declared victory over Covid-19, claiming his country’s widely disputed success in containing the virus in just three months would be hailed a global miracle.

The leader made his declaration in a speech to thousands of officials on Wednesday in which he called for the easing of restrictions but continued border controls, citing the global spread of new coronavirus variants and monkeypox.

His sister, Kim Yo Jong, also addressed the gathering and revealed he suffered a ‘high fever’ during the outbreak, suggesting he was likely infected, North Korea’s KCNA news agency reported.

She is quoted as saying: ‘Even though he was seriously ill with a high fever, he could not lie down for a moment thinking about the people he had to take care of until the end in the face of the anti-epidemic war.’

Kim Yo Jong did not elaborate on her brother’s health, but blamed the country’s outbreak on propaganda leaflets from South Korea and warned of deadly retaliation.

For decades, North Korean defectors and activists have floated balloon carrying anti-Pyongyang messages across the border, sometimes along with food, money, medicine, and other items.

Kim Yo Jong, tipped as a possible successor to her brother, threatened to ‘wipe out’ the authorities in Seoul.

She said: ‘We can no longer overlook the uninterrupted influx of rubbish from South Korea.

‘Our countermeasure must be a deadly retaliatory one.’

South Korea’s Unification Ministry, which handles relations with the North, expressed regret about its ‘groundless claims’ over the origin of its Covid outbreak and its ‘rude and threatening remarks’.

Since North Korea acknowledged an outbreak of the Omicron strain in May, it has reported about 4.8 million ‘fever cases’ in its 26 million population.

But only a fraction of them were confirmed as Covid-19. It has claimed the outbreak has been slowing for weeks and just 74 people have died.

Kim Jong Un said in his speech: ‘Since we began operating the maximum emergency anti-epidemic campaign (in May), daily fever cases that reached hundreds of thousands during the early days of the outbreak were reduced to below 90,000 a month later and continuously decreased, and not a single case of fever suspected to be linked to the evil virus has been reported since July 29.

‘For a country that has yet to administer a single vaccine shot, our success in overcoming the spread of the illness in such a short period of time and recovering safety in public health and making our nation a clean virus-free zone again is an amazing miracle that would be recorded in the world’s history of public health.’