KANSAS City star Tyrann Mathieu has accused Tom Brady of calling him "something I won't repeat" in a pitch blow-up.

The Chiefs safety and the Bucs quarterback got heated several times during the first half of the Super Bowl LV. 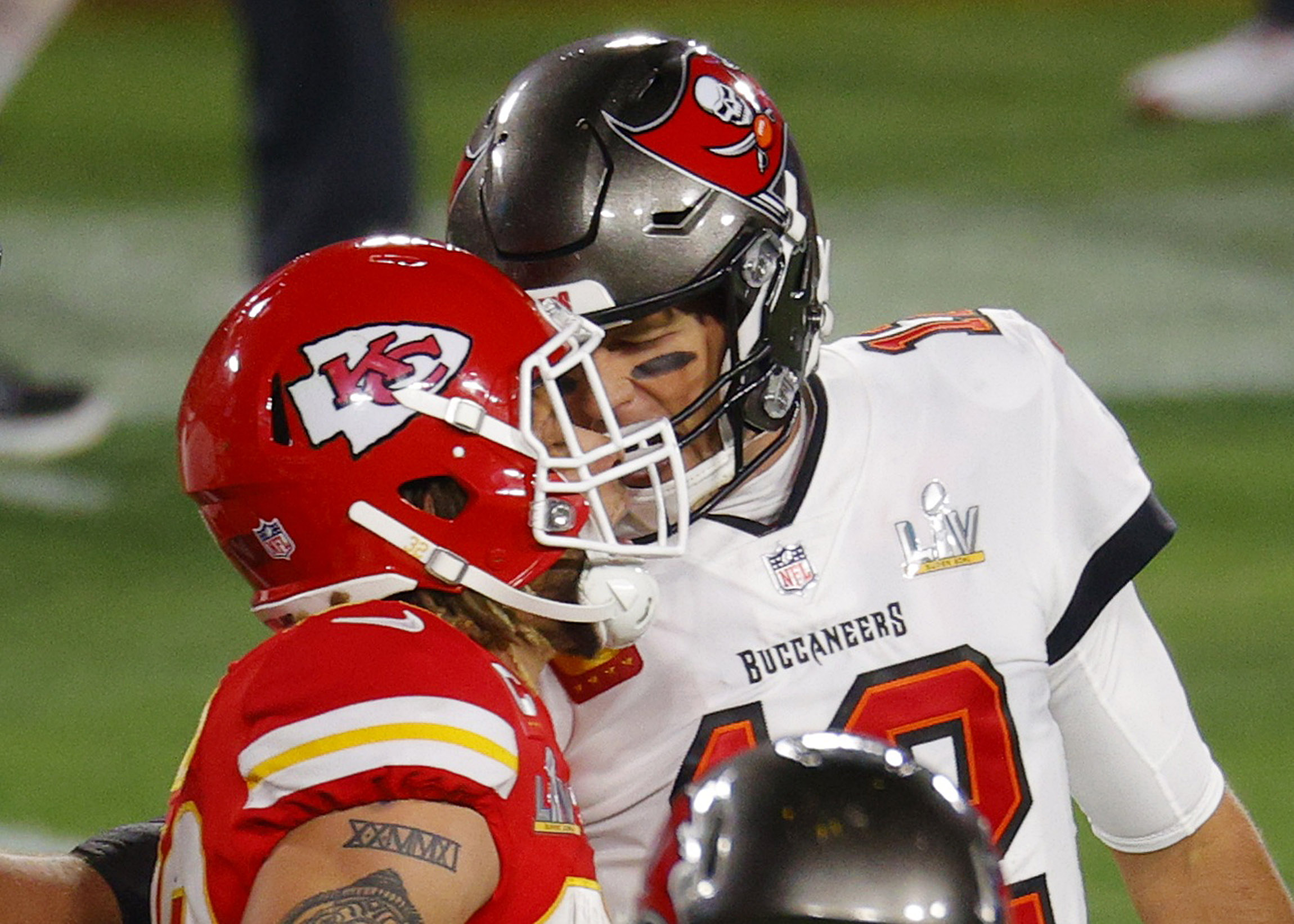 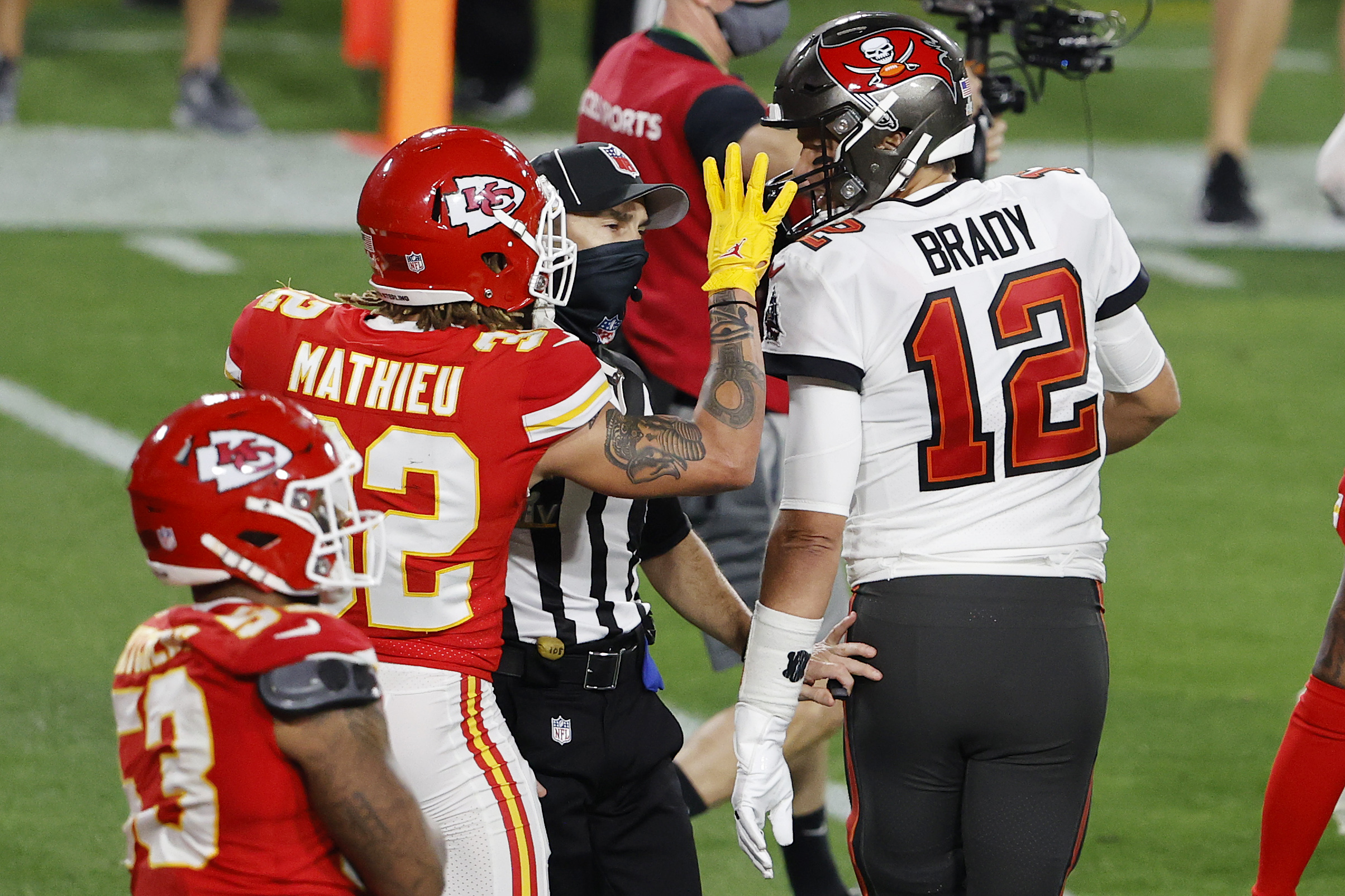 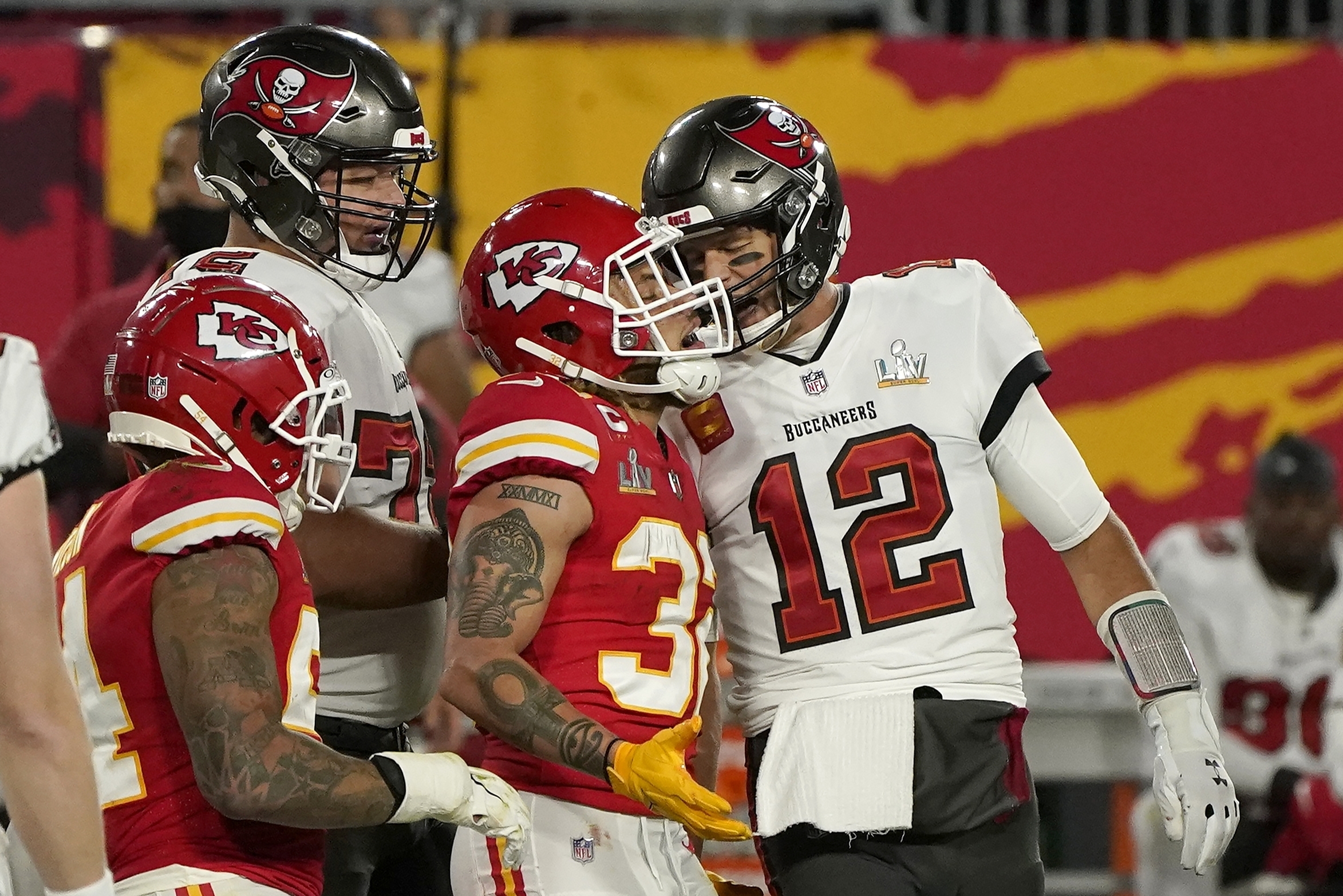 However, Mathieu was seen sticking a finger in Brady's face just seconds after he threw a touchdown, leaving fans speculating what went on.

Following the game, Mathieu appeared to try and clear up speculations in a since-deleted tweet.

"He called me something I won't repeat but yeah I'll let all the media throw me under bus as if I did something or said something to him…" he wrote.

"go back to my previous games against TB12 I showed him nothing but respect. Look at my interviews about him… I show grace." 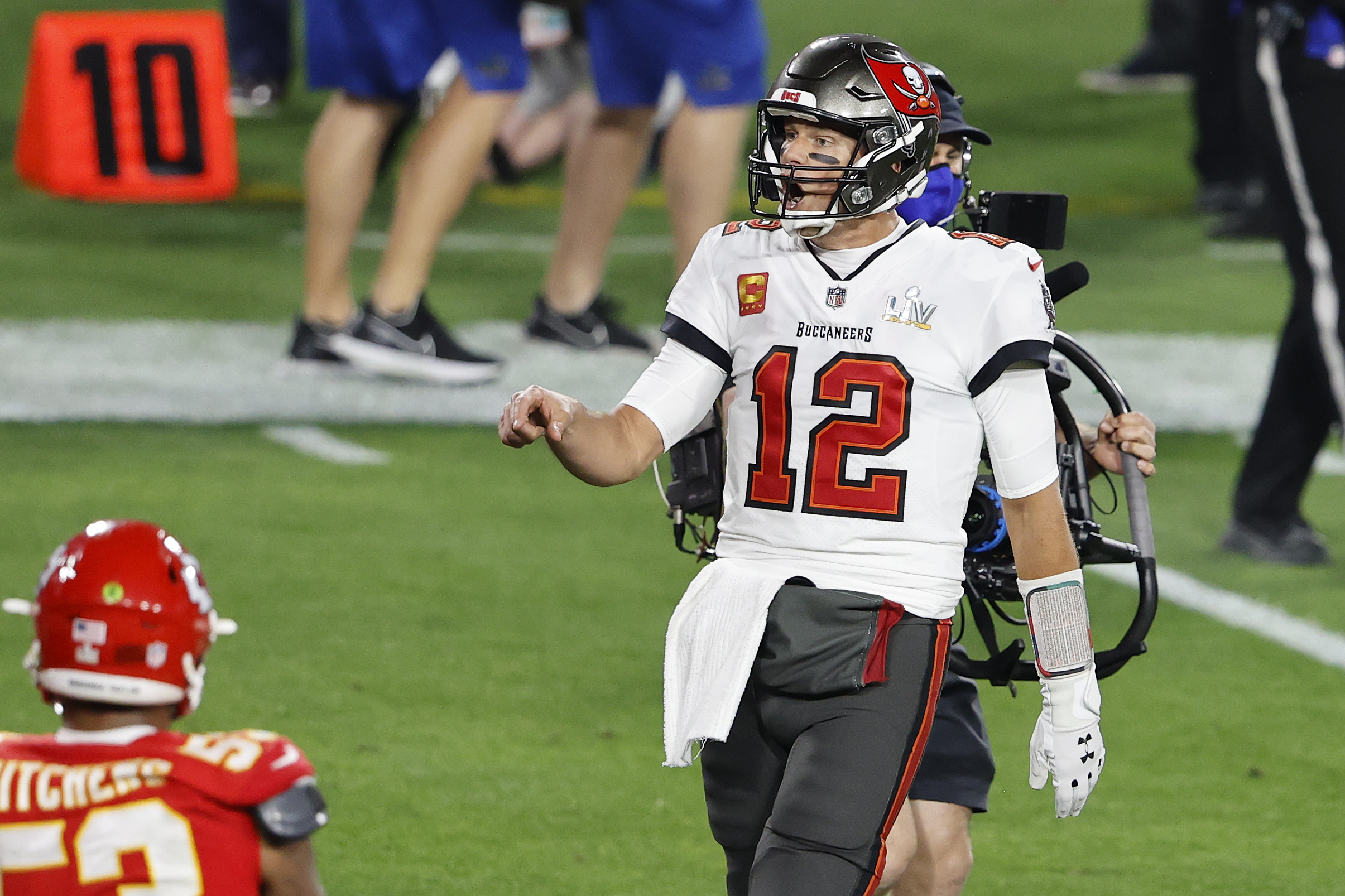 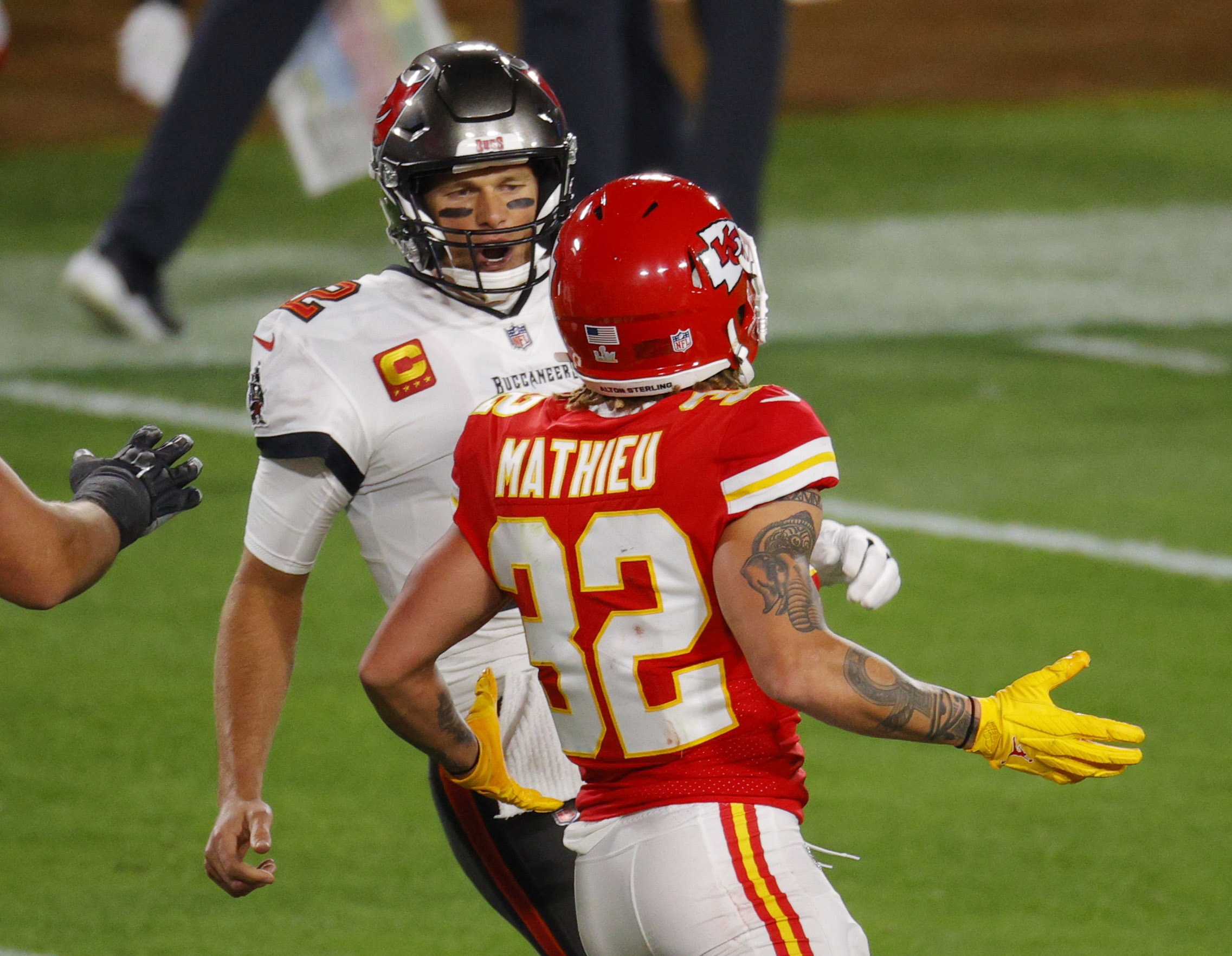 Mathieu commented on the incident again during an interview on Sunday night praising Brady as "a great quarterback."

"I never really saw that side of Tom Brady, to be honest," he said. "But whatever. No comment. It’s over with. I’m done with it."

After giving Brady the finger, the quarterback chased Mathieu.

Mathieu was hit with a 15-yard penalty, with Brady free to go.

"He's clearly chasing me but I got flagged… lol," the Chiefs star wrote in another deleted tweet. 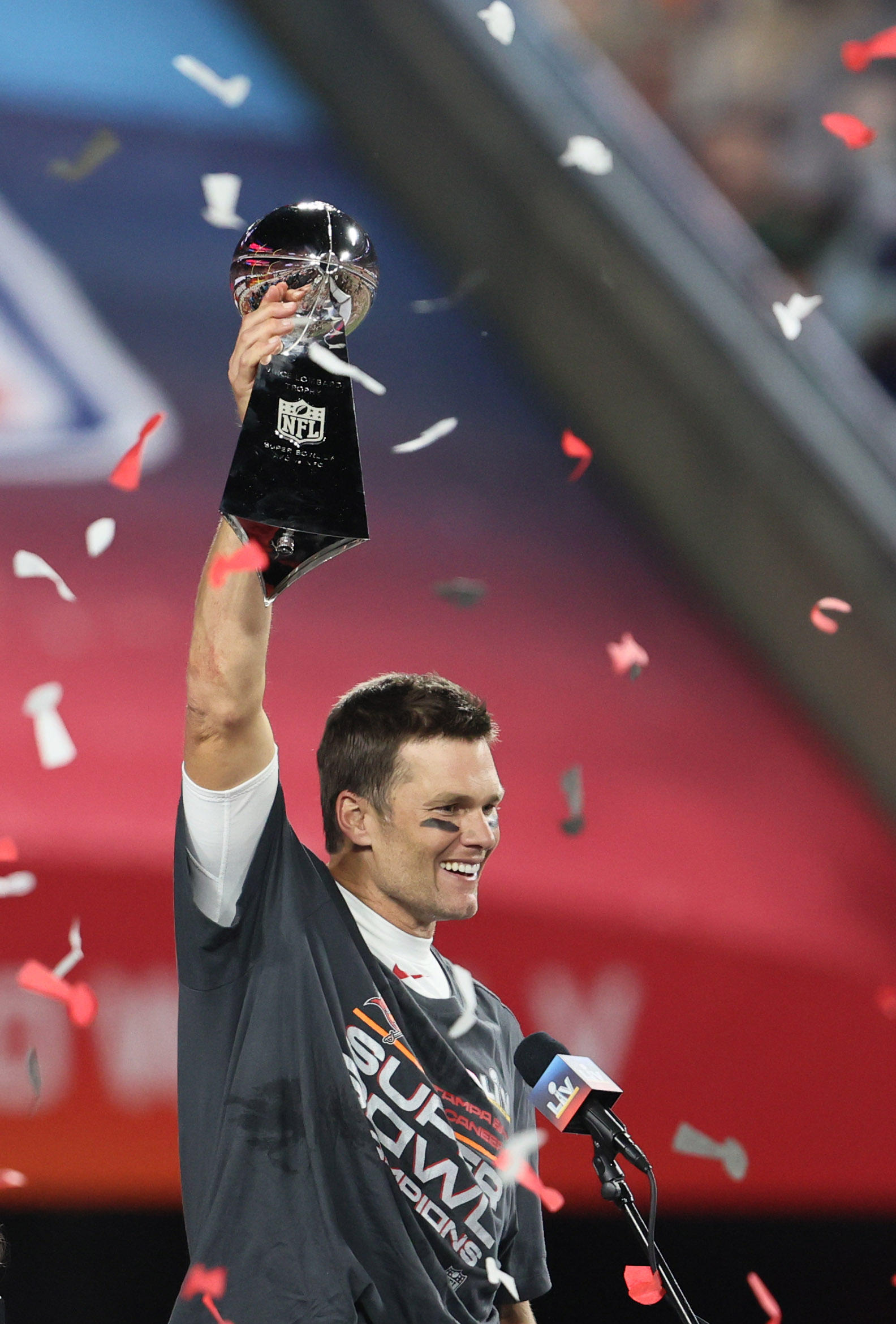 Brady clinched a remarkable seventh Super Bowl ring with one of his best performances yet on Sunday night.

The 43-year-old legend led the Tampa Bay Buccaneers to a 31-9 victory against last year’s champion Kansas City Chiefs in their home Raymond James Stadium in Florida.

Brady showed no signs of slowing down in completely outplaying opposite number Patrick Mahomes – who was given nightmares by the Bucs defense.

Both quarterbacks were photographed hugging after Super Bowl 2021 was over – as members of the press stood around them to capture the unforgettable moment.

Brady, an age-defying quarterback, now has more Super Bowl wins than any team in history – leaving the New England Patriots and Pittsburgh Steelers behind on six.

And this one was done having left the team with which he dominated for two decades last year to head south to Florida.