The actor Jeremy Irons has said that university students are ‘crazy’ to ban controversial speakers, in a warning over free speech on campus.

The 71-year-old – who is Chancellor of Bath Spa University – said he gets ‘very depressed’ when people are banned from talking to students because some disagree with their views.

It comes after the former Home Secretary Amber Rudd was ‘no platformed’ by students at Oxford University this week. 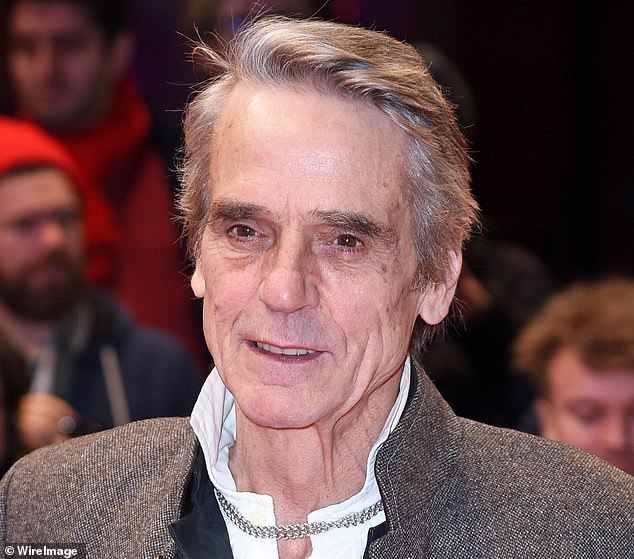 The actor Jeremy Irons (pictured) has said that university students are ‘crazy’ to ban controversial speakers, in a warning over free speech on campus

She had been invited to speak there by a student society on Thursday – but the event was cancelled minutes beforehand because of protests over her links to the Windrush scandal.

Speaking to The Sunday Telegraph this week, the Oscar winning actor Irons said: ‘I think it’s right that all views should be examined and certainly acceptable to discuss.

‘I get very depressed when I see that certain outside speakers are barred. I think this is crazy.’

He added that universities are about discussion, disagreement and forming opinions as well as testing new ideas.

During the interview Irons also warned that England is in danger of becoming a ‘nation of philistines’ as drama, dance and music are squeezed out of the school curriculum.

Ministers are now looking at increasing the powers of the university regulator to give it the authority to censor student bodies which fail to protect free speech.

Education Secretary Gavin Williamson has since threatened intervention against institutions that fail to defend democracy.

He also ordered Oxford University to take ‘robust action’ over ‘no-platforming’ – the policy of refusing to host particular speakers because they might cause offence.

His threat came as politicians from all parties condemned the treatment of the former home secretary as ‘appalling’ and ‘disgraceful’.

Oxford University said it ‘strongly disapproves’ of the decision to dis-invite Miss Rudd and said she should have been given the opportunity to speak.