Tokyo: Japanese Prime Minister Shinzo Abe on Saturday called on the public to cooperate in a "tough battle" to contain the coronavirus outbreak in coming weeks as the country prepares to hold the Olympic Games in Tokyo as planned.

"To be frank, we cannot win this battle through the efforts of the government alone," Abe told a news conference two days after calling for all schools nationwide to be closed for more than a month. 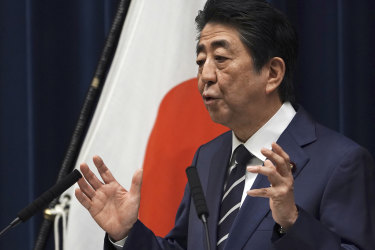 Japan has seen more than 940 cases of infection of the virus, including 705 from the British-registered Diamond Princess cruise liner, which was quarantined near Tokyo this month, according to the public broadcaster, NHK. There have been 11 fatalities, including six from the cruise ship, Japan's handling of which drew harsh criticism overseas and at home.

Abe acknowleged the burden that parents would face due to the school closures and said the government would create a fund to subsidise workers who had to take time off work to care for their children.

He added that the government would also take fiscal steps as necessary to counter the economic impact of the spreading virus.