One of the world’s first successful test flights of a flying car with a passenger aboard was launched by a Japanese firm, according to a report Friday.

The sleek futuristic ride —which looks like a cross between a one-man helicopter and a Smart car — hovered several feet off the ground in a video released by its Tokyo-based creators, SkyDrive Inc.

A rep from the firm said the “Jetsons”-like car may soon take transportation to new heights.

“Of the world’s more than 100 flying car projects, only a handful has succeeded with a person on board,” Tomohiro Fukuzawa, who heads the SkyDrive project, told the Associated Press. “I hope many people will want to ride it and feel safe.”

The machine so far can fly for just five to 10 minutes but if that can become 30 minutes, it will have more potential, Fukuzawa said.

He hopes the high-flying gadget will hit the market by 2023 — but said safety improvements are needed first.

In addition, battery sizes, air traffic control and other infrastructure pose challenges to creators of “eVTOL” — or “electric vertical takeoff and landing” — vehicles. 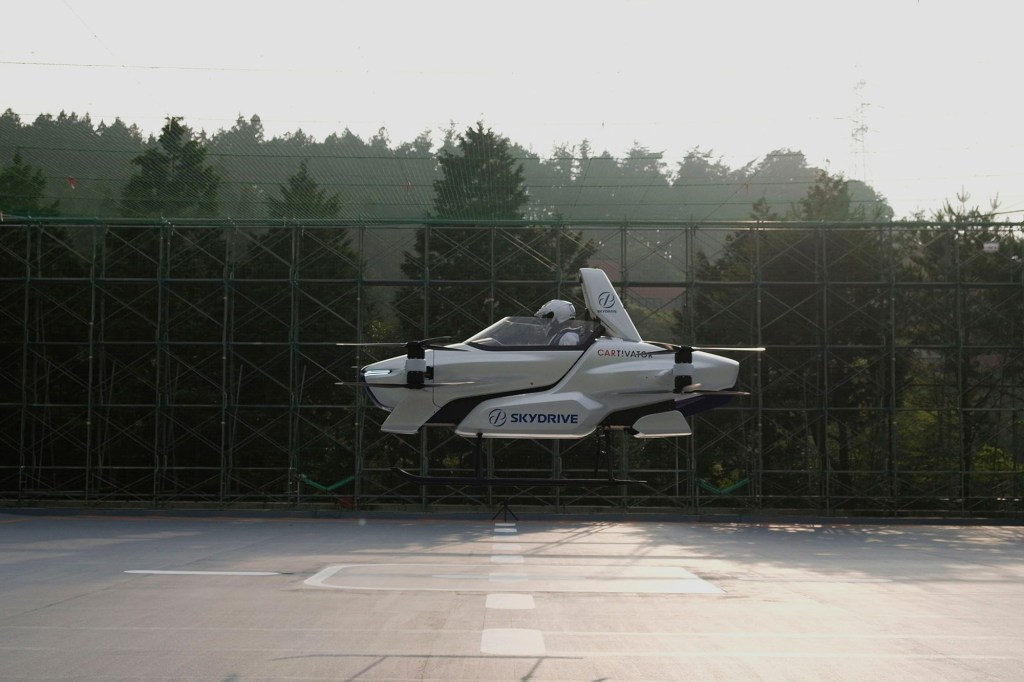 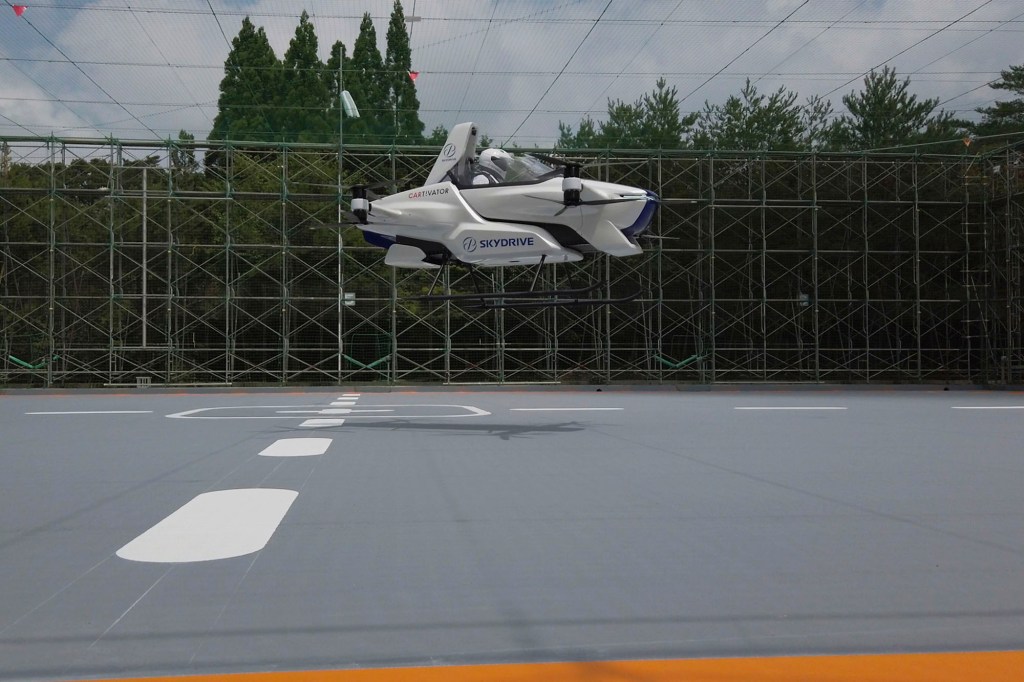