That’s MY stick: Tiny dog dangles three feet in the air by her teeth as she tries to steal a snowman’s arm

Most dogs like sticks, but Alice the Jackapoo takes playing ‘Fetch’ to a whole new level.

Hilarious footage, captured by her owner Charlotte Beard, 22, shows the tiny pooch leaping into the air to steal the stick arm from a snowman.

Alice was being taken for a walk in Milton Keynes last week by Ms Beard and her partner Sam Grogan.

The two decided to make a snowman, but had to fend off Alice as she tried to grab the stick from their hands. 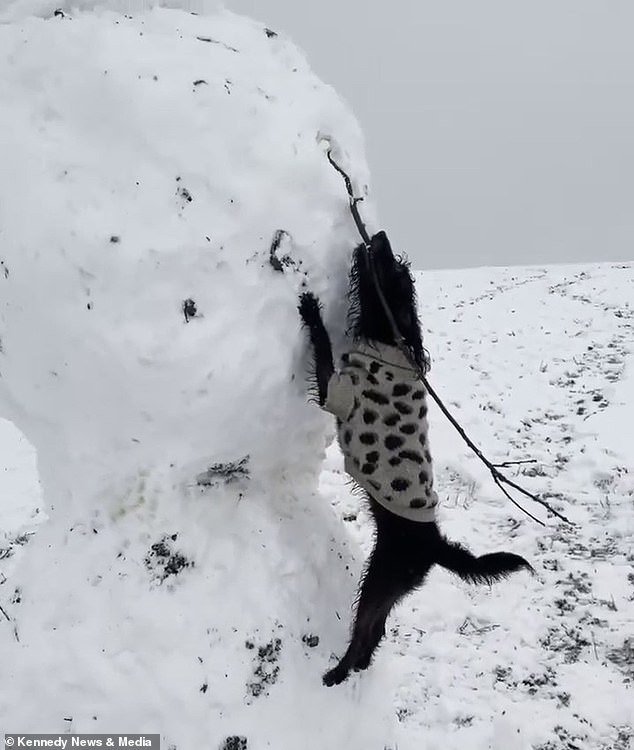 Alice, a six-year-old Jackapoo, tries to grab a large stick from a snowman in Milton Keynes, Bedfordshire 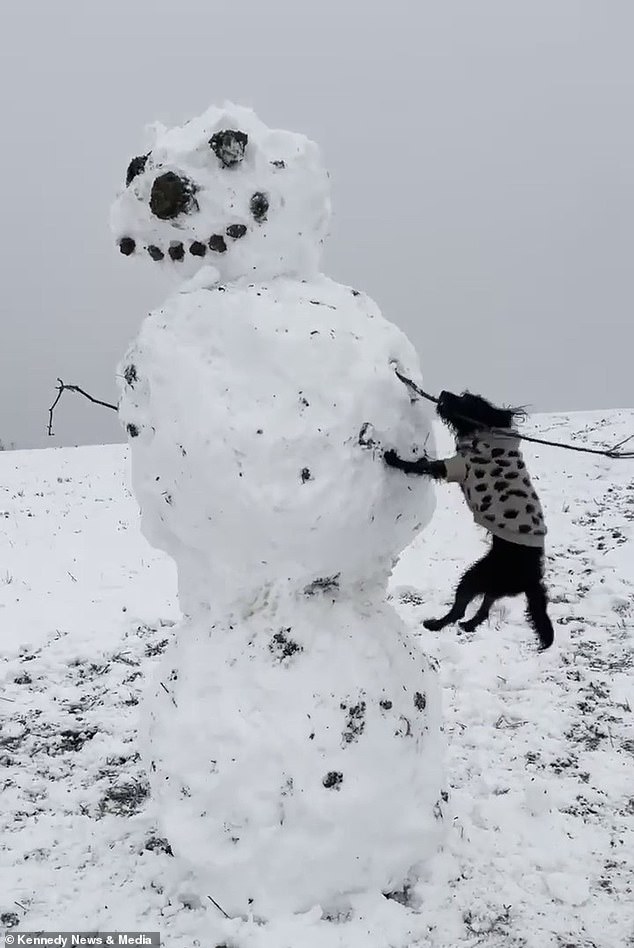 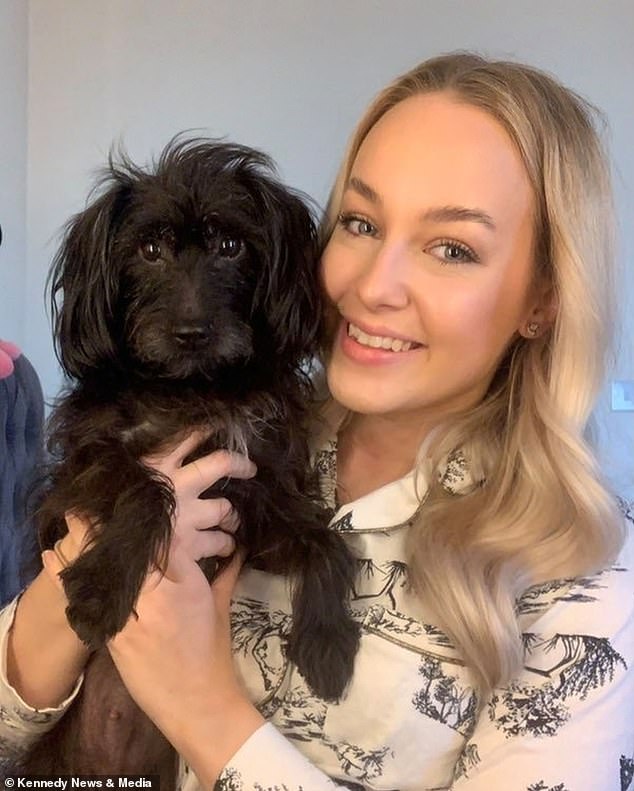 Charlotte Beard, pictured along with Alice the dog,  who she says is obsessed by sticks

The determined six-year-old dog would not give up and once the snowman was complete she kept jumping up and trying to pull the stick free.

However, the snowman, which had been made by Mr Grogan, 28, who is a mechanic, was built sturdily and the stick was lodged deep into the ice structure.

Ms Beard, who is a primary school teacher said: ‘We were just crying laughing. There were tears rolling down my face. She always gives us a laugh on our walks but this time we were so happy to have our phones.

‘Alice hasn’t seen snow like this in a while and she was just so excited. She just went crazy.

‘When we were walking her, we spotted this field of undisturbed snow and knew we had to start building a snowman.

‘By the time we got to the bottom of this little hill, we had a couple of quite compact and heavy balls to put on top of each other. 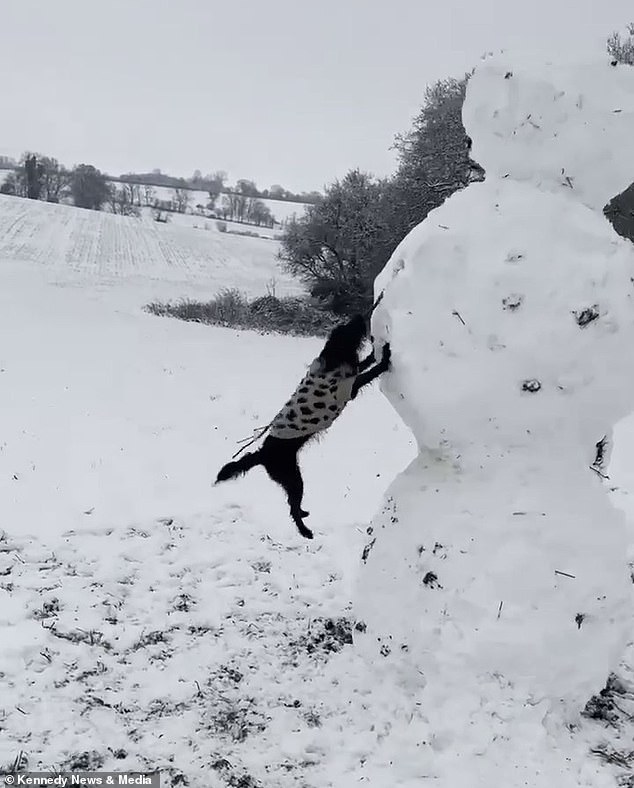 Ms Beard said: ‘She is a real stick fiend. If she sees someone carrying one, she’ll try and take it off them’

‘The whole time we were building the snowman she was trying to get up to the branch. She couldn’t quite manage it by just jumping.

‘But as we made our way to come home, she took a running jump at it and managed to get a grip on the stick.

‘I’d put the arm so far in, Alice just couldn’t get it out. She carried on for about five minutes. She just wouldn’t leave it alone. In the end we had to drag her away from it.

‘She is a real stick fiend. If she sees someone carrying one, she’ll try and take it off them. You wouldn’t think with her size that she would carry a 5kg stick, but she manages it.

‘She’ll bark at you continuously until you throw a stick for her and she won’t stop until she’s panting, which is normally after about an hour.”

Footage of Alice’s best efforts has since been viewed more than 1.2million times on social media.