Some Victorians calling triple zero in life-threatening crises are being placed on hold for more than two minutes as the state’s emergency call operator struggles to cope with a 20 per cent rise in demand.

Three unions and a call taker at the Emergency Services Telecommunications Authority say a staff shortage means the agency cannot service the surge of calls in 2021 – another symptom of the unseen demand for emergency care pushing Australia’s public health systems to breaking point. 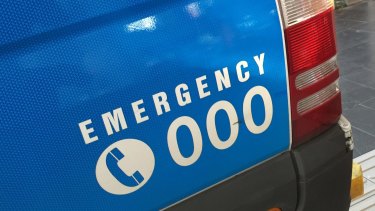 The emergency call service is under strain.Credit:Paul Rovere

The strain on the agency has spawned internal tension within the organisation, with leaked correspondence showing its chief executive invited staff to quit if they were unhappy with the organisation’s performance.

Pre-pandemic, ESTA answered about 95 per cent of calls within the target time of five seconds, meaning almost all callers were immediately given life-saving instructions on managing acute incidents. In 2021, after many people avoided health checks last year and let ailments fester, this has dropped to 75 per cent.

An internal ESTA memo shows on Thursday last week there were 10 calls waiting at one time with a wait time of about 1.5 minutes. “Calls waiting regularly reach 6-8 in the queue today … Team leader required to call call takers back off breaks due to calls waiting seven times today,” the memo said.

Of the 25 per cent of calls being picked up after longer than five seconds, ESTA is answering 20 per cent within a minute, 5 per cent after a minute and about 0.6 per cent later than two minutes. These people are placed on hold after nominating “ambulance” when asked whether they are seeking police, fire or ambulance.

Mr Hill said in situations such as cardiac arrests or babies choking, call operators provided advice to bystanders on how to check for breathing, perform CPR and other critical maneuvers.

An ESTA worker, who spoke anonymously because they are not permitted to speak to the media, said: “We’re all doing our best, but when calls go through the roof and we don’t have any more resources, people suffer.” 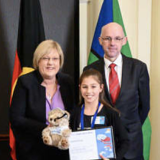 The agency – which received a total of 2.7 million calls in 2019-20 – is also dealing with tech outages that force call operators to use pen and paper. The agency recently met with a grieving husband whose wife died shortly after the ESTA system crashed in November, potentially compromising the ambulance response in the incident.

Tensions have flared inside the government agency that sits within the Department of Justice and Community Safety. Its chief executive Marty Smyth, in a comment in a private Facebook group for ESTA staff, praised the “amazing people” at the agency but warned against internal dissent.

“Remember, everyone has a choice to work for our amazing organisation and anyone who wants to criticise or complain is invited to seek employment elsewhere,” he wrote last week.

“You have the choice, be positive or go somewhere you might be more satisfied.”

Mr Hill said it was unusual for a public sector leader to effectively threaten under-pressure staff to quit. 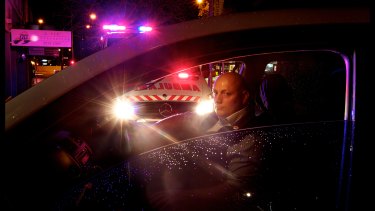 An ESTA spokesman said the agency was changing procedures to try to shorten call times when safe to do so. Part-time workers are being offered overtime shifts and employees are being recalled from secondments.

ESTA will begin recruiting more staff when it receives its share of a $70 million government investment to meet emergency service demand announced in Thursday’s state budget.

“They forget there’s a person behind the line on the two-minute call,” he said, adding that ESTA has been under-resourced since well before the pandemic.