Home » World News » Italy’s coronavirus lockdown could be over in four weeks with bars, restaurants and hairdressers all open by May 18 – The Sun

ITALY is reportedly poised to phase out its draconian coronavirus lockdown over the next four weeks.

This could see Italians returning to cafes and bars by May 18 after step-by-step relaxation of the toughest and longest stay-at-home measures in Europe. 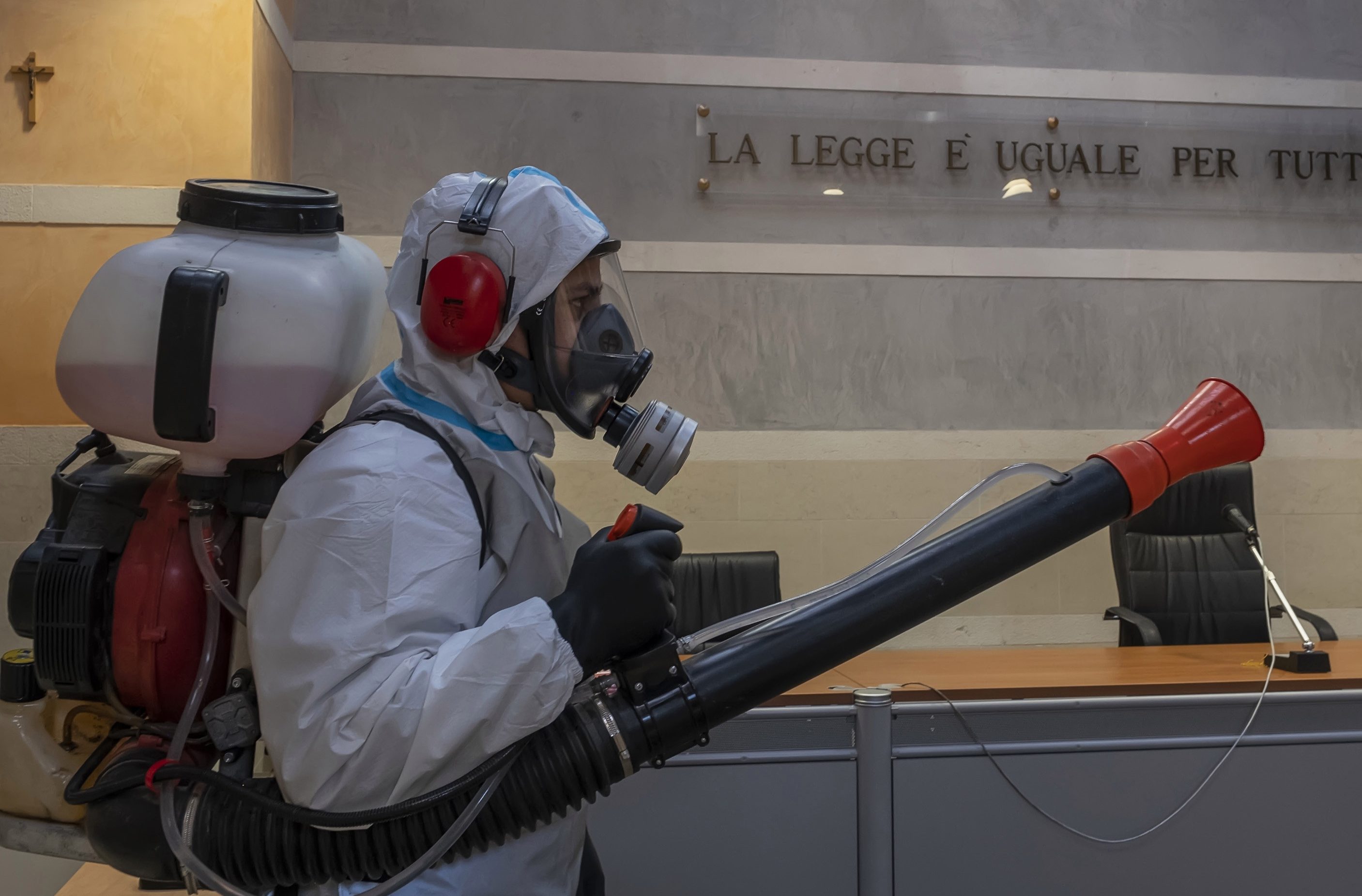 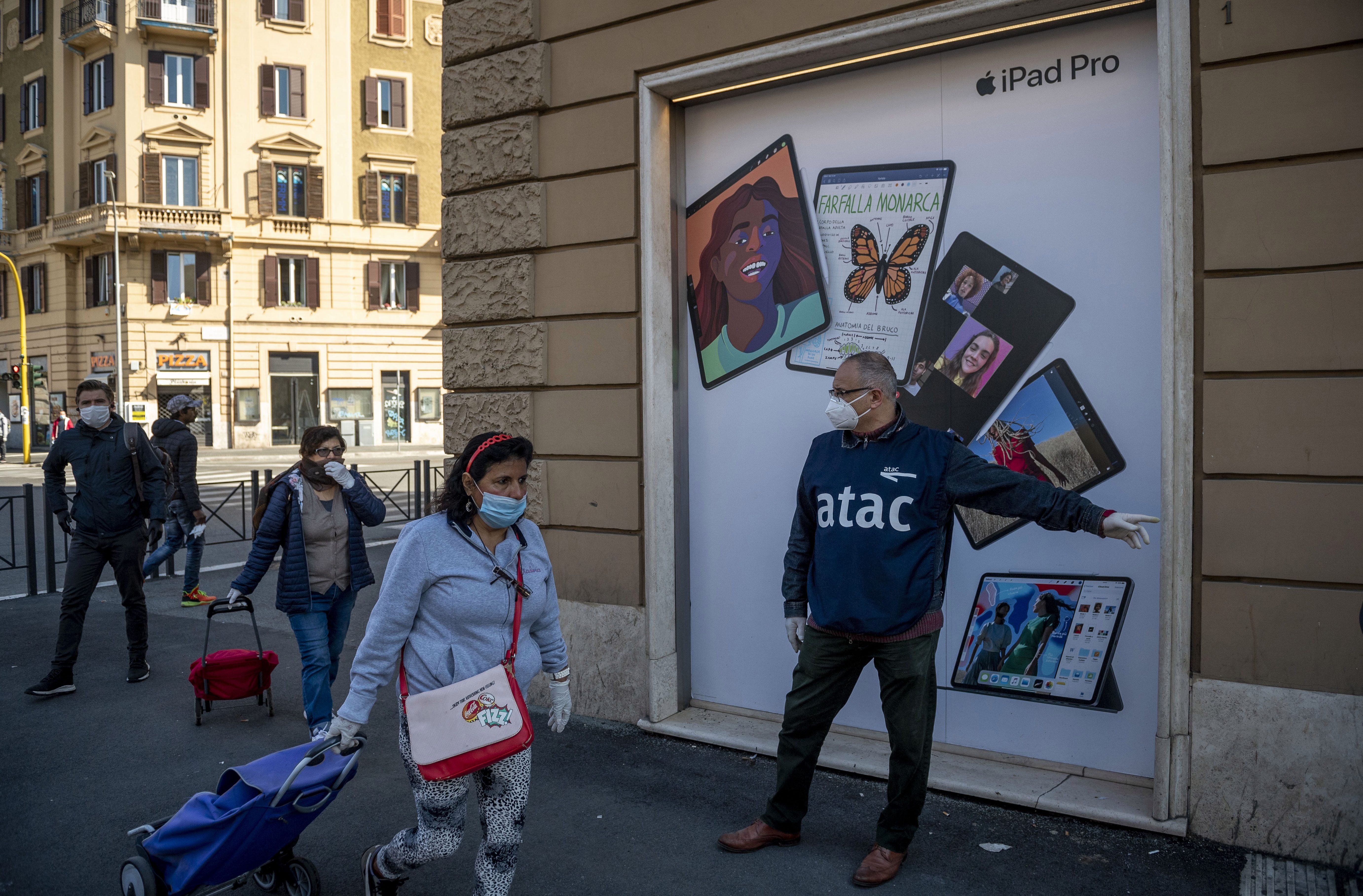 The next four Mondays will mark the country's reopening after the lockdown was imposed last month to slow the spread of the killer coronavirus bug, the Corriere della Sera daily reported.

Italy was the first major western country to face the viral disease, which originated in China late last year and has spread around the world.

Italian authorities have recorded some 190,000 confirmed cases and more than 25,500 deaths — the world's second highest death toll after the United States where more than 50,000 have perished.

Under plans to help restart the Italian economy, building sites as well as the textile and fashion industry can reportedly open up on May 4.

A week later clothing, shoe and other shops are said to be allowed to raise the shutters.

Finally, bars, restaurants and hairdressers can be back in business on May 18.

SOCIAL DISTANCING TO CONTINUE… BUT BARS BACK IN BUSINESS

And shops with a surface area of 131 square metres or less will be allowed only one customer at a time.

Meanwhile bars and restaurants will have to keep a distance of one metre between customers — who will preferably not be seated in air conditioned spaces which are favoured by viruses.

But everything depends on the infection curve, and should infections start rising the next few days the process of lifting the lockdown will start later.

Italy's national lockdown is the longest one currently in force anywhere in the world.

The country’s stay-at-home orders were introduced on March 9 and have since been replicated by other European nations to varying degrees.

Belgium, which has reported 44,293 coronavirus cases and 6,679 dead, is also relaxing its lockdown from May 4.

This is despite having the second worst death toll per head of population. 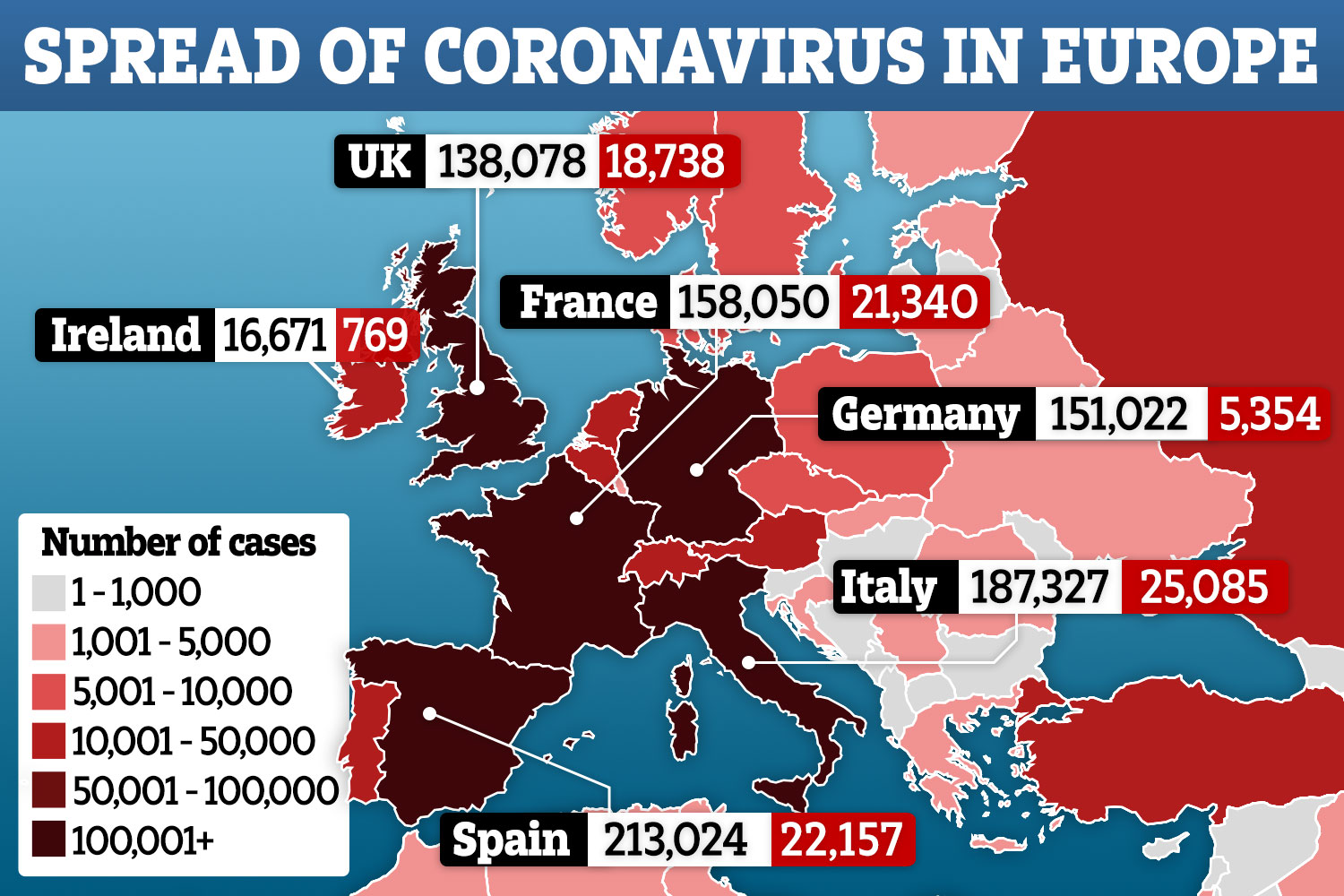 In neighbouring France, where 21,340 have died most businesses are set to reopen on May 11.

But the schedule for restaurants, bars and cafes will not be decided before the end of May.

Authorities also announced reinforced financial support for the sector amid the virus crisis.

In Germany hotels, restaurants, bars and cafes have been placing empty chairs in streets and squares today to highlight the economic plight of the pandemic.

Business owners want the government to increase financial support for the hospitality and events sector and lay out a clear plan for when they can reopen.

The protest first took place April 17 in the eastern city of Dresden and has been replicated in other cities.

In the UK there are no firm plans to lift the lockdown, although Scotland’s First Minister Nicola Sturgeon has discussed a scheme in which people could meet a small "bubble" of others outside their own households as lockdown measures are eased.

Sturgeon said other countries are beginning to look at slightly expanding the definition of "households" to allow small gatherings of people.

She told BBC Radio Scotland's Good Morning Scotland programme it would have to be the same group of people each time. 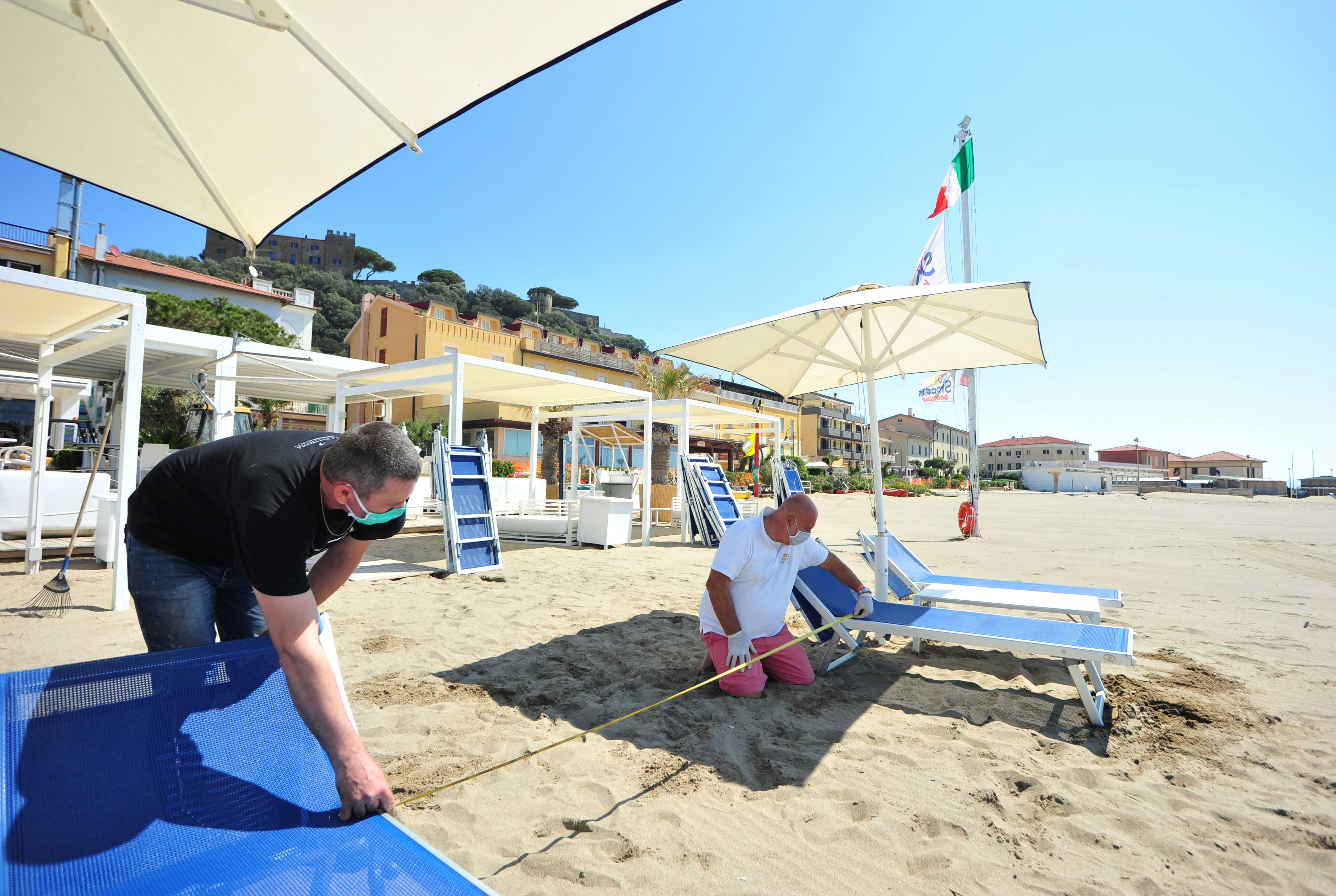 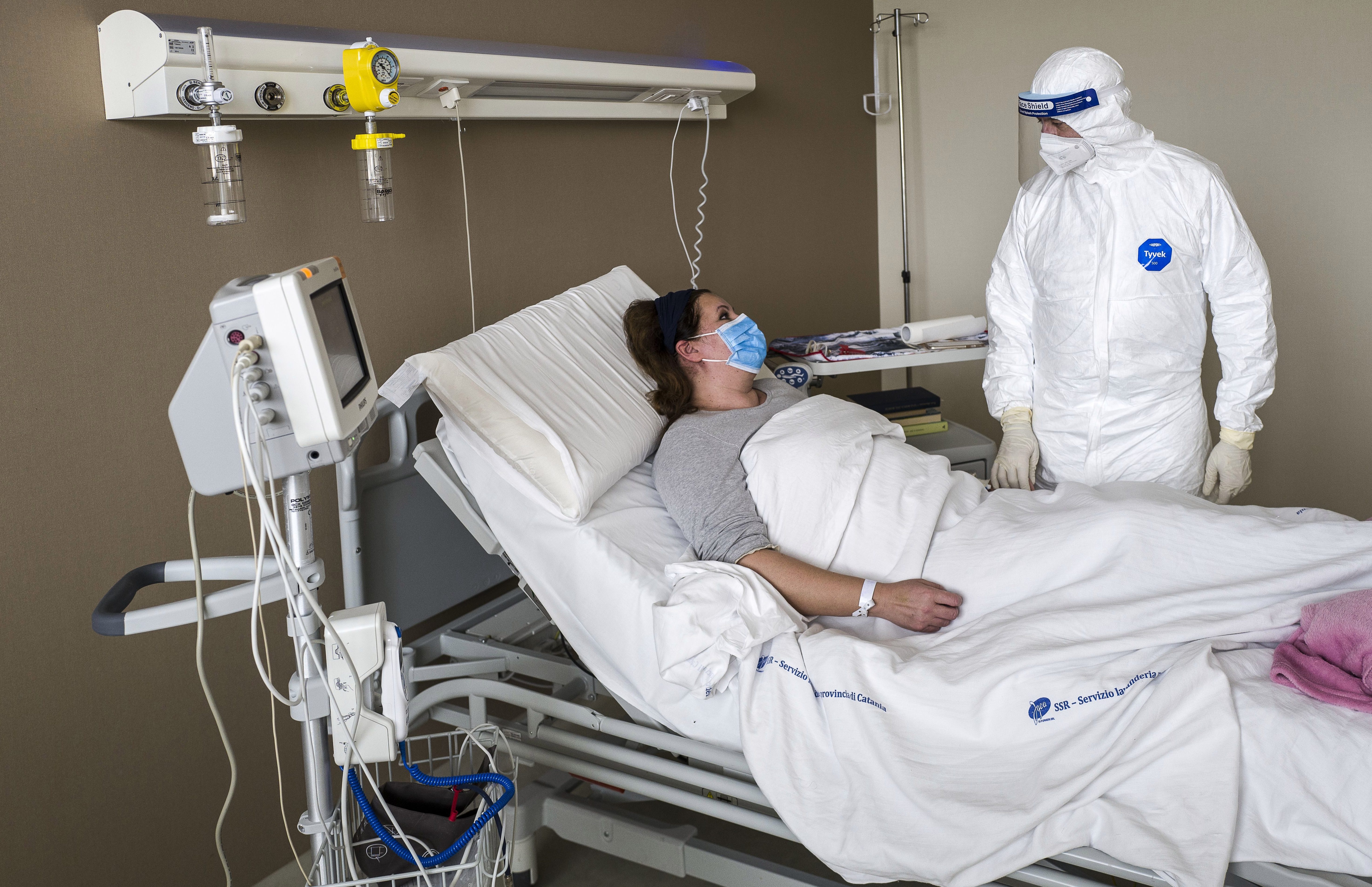