A Scotch College student brought a “suspicious device” onto campus this week, forcing the boys school to evacuate students and staff and contact the police bomb squad.

The device, believed to be a small homemade bomb, was isolated by authorities and no one was hurt, the school said. 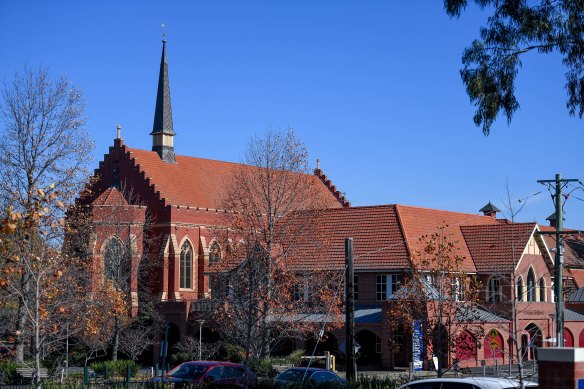 A student brought a small bomb onto the grounds of Scotch College in Hawthorn, forcing an evacuation. Credit:Joe Armao

Victoria Police confirmed members of its Bomb Response Unit were called to the Hawthorn school about 1.30pm on Monday, and that the area was evacuated as a precaution.

“It turns out it was a real bomb. A small one, but a real one,” the spokesman said.

Scotch said police took control of the scene and declared the area safe on Monday evening.

“On Monday, 14 November an area of the school was cleared because of a suspicious device brought onto campus by a student,” a school spokesman said.

“The device was isolated, students and staff were evacuated from the area and police were contacted.

“This is now a police matter and, as a result, Scotch cannot comment further.”

Students were briefed and reminded of the support available should they have any concerns.

Last month, a senior Scotch College religion teacher was hospitalised with facial injuries, including broken bones, after being knocked over by a year 12 student celebrating muck-up day.

Sources close to the school, who spoke anonymously, said the teacher intervened to protect younger students who were being chased by senior students wearing masks.

The sources said the incident prompted a staff meeting, at which staff at the high-fee independent school challenged the school’s leadership to respond to increased incidences of poor student behaviour this year.

Scotch, one of Victoria’s oldest schools, will welcome a new principal next year.