Israeli jets flew very low over parts of Lebanon early Friday, terrifying residents on Christmas Eve, some of whom reported seeing missiles in the skies over Beirut.

Other Syrian media said Syrian air defences responded to an Israeli attack near the town in the Hama province.

The Syrian Observatory for Human Rights, which backs the country’s opposition, claimed the strikes hit positions of Iran-backed militias and killed at least six foreign paramilitaries. 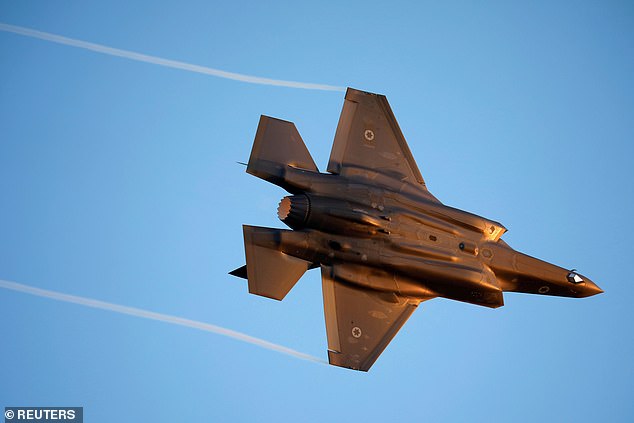 Israel ‘launched an aggression by directing a barrage of rockets’ from the north of the Lebanese city of Tripoli towards the Masyaf area, according to the Syrian Ministry of Defence.

It said Syrian air defence ‘confronted the enemy missiles and intercepted most of them’.

But the Christmas Eve flights were louder than usual, frightening residents of Beirut who have endured multiple crises in the past year, including the catastrophic August 4 explosion at the city’s port that killed over 200 people and destroyed parts of the capital.

That explosion resulted from the detonation of a stockpile of ammonium nitrates that was improperly stored at the facility.

There was no immediate word from Israel on Friday’s flights and alleged attacks on Syria.

In the past few years, Israel has acknowledged carrying out dozens of airstrikes in Syria, most of them aimed at suspected Iranian weapons shipments believed to be bound for Hezbollah.

Masyaf is a significant military area for Syrian President Bashar Assad’s regime that includes a military academy and a scientific research centre.

Israel has struck targets there several times in the past.