Britain’s most dangerous prisoners are more likely to reoffend when they leave jail if they are put on a high-profile rehabilitation programme, the Daily Mail can reveal.

A bombshell study reveals that offenders who went through the programme posed a greater risk than those who had not – and they went on to commit more crimes after their sentences ended.

Yet the Ministry of Justice, which commissioned the study, has still not published the report – nearly three years after it was finished.

And despite the findings, ministers have continued to use the programme with thousands of inmates. 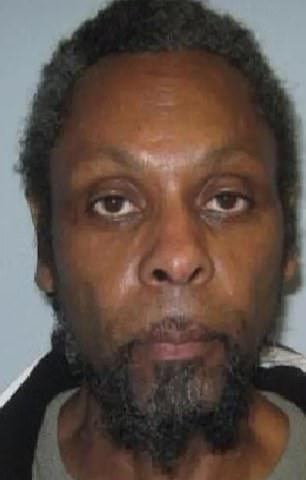 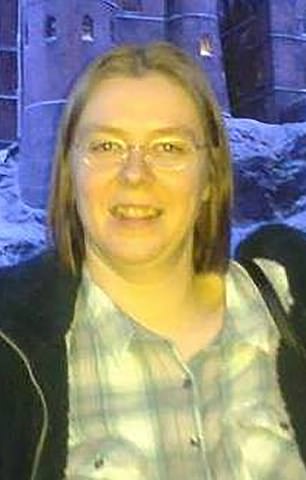 One of the OPD Pathway’s most notorious ‘graduates’ is serial sex offender Leroy Campbell (left) who raped and murdered nurse Lisa Skidmore (right), 37, then tried to kill her mother Margaret Skidmore, 80, and burn down her Wolverhampton house in 2016 – just four months after being released from a life sentence imposed in 2000

Offenders put on the Offender Personality Disorder (OPD) Pathway include killers and rapists.

The official criteria for admission says entrants must have been convicted of a serious violent or sexual offence, and ‘assessed as presenting a high likelihood of violent offence repetition and high or very high risk of serious harm to others’.

They will also have been diagnosed with ‘a severe form or personality disorder’ linked to their offending, such as psychopathy.

The OPD pathway budget in 2016, the last year for which figures are available, was £64 million. That year, there were 16,000 inmates undertaking it.

Violent crime by previously convicted offenders has been rising steadily. Repeat offenders still on probation murdered 155 people in England and Wales in 2019 – almost a quarter of the 623 total, and more than double the figure of 74 in 2015.

The ministry spent almost £1 million on the OPD study, which was completed in 2018. It was led by Paul Moran, professor of psychiatry at Bristol University.

The killer who made ‘excellent progress’

One of the OPD Pathway’s most notorious ‘graduates’ is serial sex offender Leroy Campbell.

He raped and murdered nurse Lisa Skidmore, 37, then tried to kill her mother Margaret Skidmore, 80, and burn down her Wolverhampton house in 2016 – just four months after being released from a life sentence imposed in 2000.

Campbell had previous convictions for rape, burglary and drugs.

In 1983, he broke into a home for nurses, and came close to strangling a woman to death while attempting to rape her.

Probation officer Laurence Watkins told the inquest into Miss Skidmore’s death that Campbell had made ‘excellent progress’ on the pathway, and he had concluded he was ‘clearly motivated to lead a law-abiding life in the community’.

Others who were on the OPD pathway include killers Jason Gomez and Paul Wadkin, who stabbed fellow inmate Darren Flynn 190 times after a group therapy session at Kent’s Swaleside prison in 2015.

According to ministry documents, the study’s ‘overarching objective’ was ‘to assess effectiveness of the Pathway on reducing reoffending and improving psychological health’.

The ministry initially promised to release the report in early 2019, and then, last summer, by October.

Ministry sources say a firm publication date is still months away, claiming the report has to undergo ‘standard publication processes’. Only then can its ‘key findings be interpreted’.

But friends of Professor Moran said the report was approved and ‘signed off’ months ago.

Penal experts and senior MPs from both main parties last night described the failure to publish the report while continuing to use the programme as a ‘scandal’ that was putting the public at risk.

John Podmore, a former prison governor, said of the OPD and other psychology programmes: ‘They are a financial scandal, and a scandal in terms of their failure to protect the public.’

Shadow justice secretary David Lammy added: ‘The Government’s approach to rehabilitation is failing miserably. This report may shed light on why. The Government must immediately publish the study in full, without any spin.’

The failure to publish the OPD report echoes the scandal over the Sex Offender Treatment Programme, taken by tens of thousands of rapists and paedophiles.

In 2017, it was revealed that a ministry study found those treated were 25 per cent more likely to commit further sex crimes.

The findings emerged in 2012, but were kept secret for five years, while the programme continued to be used.

Professor Moran and his team followed 28,000 prisoners for six years, comparing those treated under the OPD pathway with those who were not.

The programme has several elements, including prison ‘therapeutic communities’, where prisoners spend hours every week talking about their crimes and problems, and classroom-based cognitive-behavioural psychological courses.

Its supporters say it takes a ‘holistic approach’, with a ‘focus on relationship building’ and dealing with previous trauma.

His audiences were told they could not record them or photograph his slides. He refused to comment when approached, but the Mail has pieced together his findings from several sources who were present. 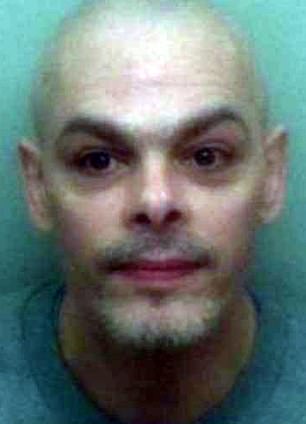 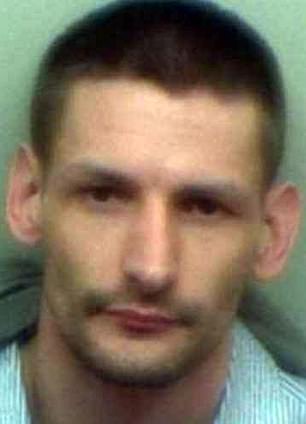 Others who were on the OPD pathway include killers Jason Gomez and Paul Wadkin, who stabbed fellow inmate Darren Flynn 190 times after a group therapy session at Kent’s Swaleside prison in 2015

The future risk posed by offenders is assessed by psychologists and probation officers using the Offender Assessment System (OASyS).

In other words, the risk of future reoffending among those who got OPD treatment was assessed as higher.

A whistleblower with access to the data confirmed that the report shows those who went through the programme committed more ‘proven offences’ after release.

Professor Moran did not offer an explanation as to why offenders on the programme did worse.

A separate study of a prison psychological course known as Resolve, given to medium and high-risk violent inmates, has shown that it makes no impact on whether they commit further violent crimes after release.

The OPD and Resolve schemes are two of more than 30 psychological programmes used in prisons. Most have never been evaluated to discover whether they reduce offending or make criminals worse.

They are merely ‘accredited’ – rubber-stamped by a panel appointed by the ministry. The panel’s membership, the criteria it uses, and its minutes are all secret. 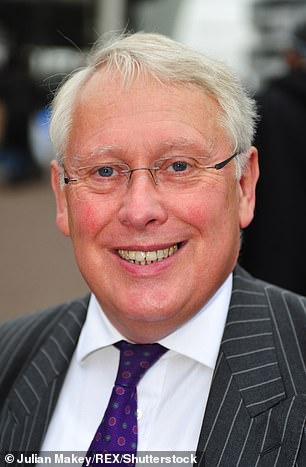 Tory MP Bob Neill, chairman of the Commons justice committee, said he was ‘deeply concerned’ by the failure to publish Professor Moran’s report

High-profile repeat offenders include Leroy Campbell, who raped and murdered nurse Lisa Skidmore in 2016, four months after being released from a life sentence. His record included multiple rape convictions.

His murder trial heard that he spent time in a psychologically informed prison environment, an integral part of the OPD Pathway.

Graham Towl, professor of psychology at Durham University, who spent eight years as head of psychology for both the Prison Service and the Ministry of Justice, told the Mail that prison psychology programmes had become an ‘industry’.

He added: ‘It seems to have acquired cult-like characteristics, whereby any evidence or questioning of its efficacy is viewed as an act of disloyalty – hence the culture of secrecy.’

John Podmore, now a professor of applied social sciences at the University of Durham, said: ‘The whole system needs auditing. The public needs to see whether these programmes are making offenders worse, and that their money is being spent effectively.’

Tory MP Bob Neill, chairman of the Commons justice committee, said he was ‘deeply concerned’ by the failure to publish Professor Moran’s report.

He added: ‘Just as over the sex offender study, they appear not to have been transparent about a scheme that deals with very serious offenders.’

Penelope Gibbs, of penal reform charity Transform Justice, added: ‘The whole way that the Government designs, signs off and implements rehabilitation programmes is shrouded in mystery, but it is crystal clear that we don’t know whether most of them work.

‘It’s not obvious why their impact has not been assessed, nor why the finished OPD evaluation has not seen the light of day. But the credibility of the justice system relies on greater transparency.’

A government spokesman said: ‘The report’s initial findings are expected to be inconclusive and it would be wrong to draw any conclusions at this stage.

‘We will respond once the study has been published – but would not hesitate to pull funding immediately if [the programme] was found to be unfit for purpose.’