“THERE isn’t much politics involved and if this hits then no amount of NHS spending would have made a difference,” is the bleak verdict of one of those intimately involved in the Government’s preparations for dealing with the coronavirus.

If the outbreak turns global, then the situation will rapidly move beyond a question of how many A&E beds there are to how society handles a disease outbreak that threatens to disrupt both the economy and day-to-day life. 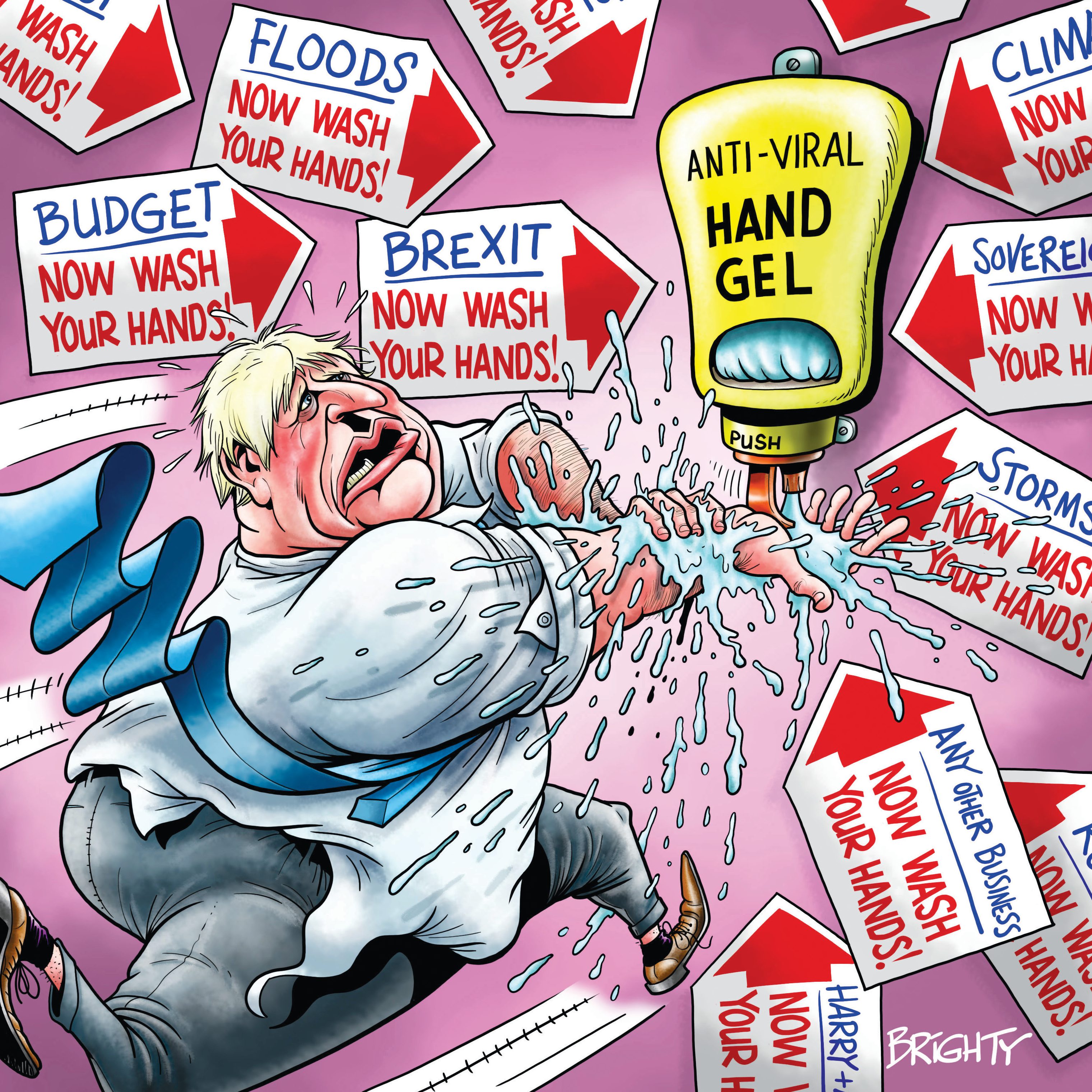 Over the past week, concern in Whitehall over the disease has shot up. “The infection curve in Italy and Germany has changed things,” says one of those spearheading the Government’s response.

“We’re not far off it absorbing all of the Government’s energies,” one Downing Street figure tells me.

The intensity of the preparations for it are, this source continues, “beginning to feel like No-Deal planning did in the autumn”, which dominated the time of ministers and civil servants.

A No10 source tells me the, “advice from the experts is that it is getting more serious”.

This has led to a shift in Government strategy. Downing Street has concluded that, “the time is now right for the PM to take a lead”.

Next week will see the publication of a strategy for dealing with an outbreak here and a public information campaign urging people to take steps to stop the spread of the disease.

We’re not far off it absorbing all of the Government’s energies. It's beginning to feel like No-Deal planning did in the autumn.

One of the first things to be hit will be the sporting calendar. Sports Minister Nigel Huddleston has been attending Cobra meetings on the virus.

Sources inside government expect both England’s Six Nations game with Italy and the England-Italy football match at Wembley next month to be cancelled.

If the coronavirus outbreak does become a pandemic then the peak of it in Europe is projected to be in May.

This calls into doubt the European Football Championships, which are meant to be played across the continent the next month. But the impact on sport is only one part of the problem.

The Government expects UK factories to have to start to suspend operations in the coming weeks because they cannot source the required parts from China.

The Government is determined to keep schools open if possible, believing that blanket school closures would actually hamper its ability to respond to the outbreak. 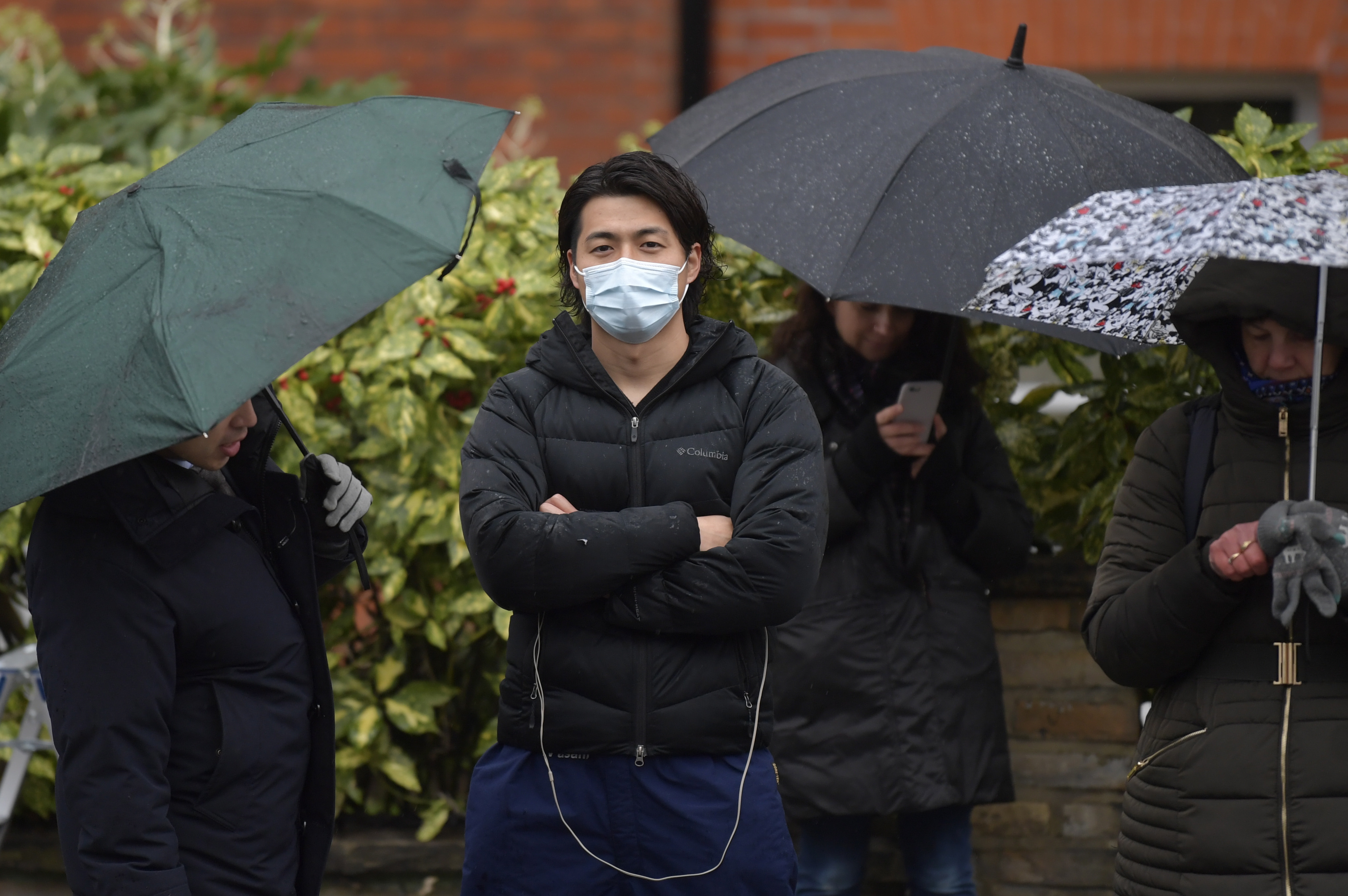 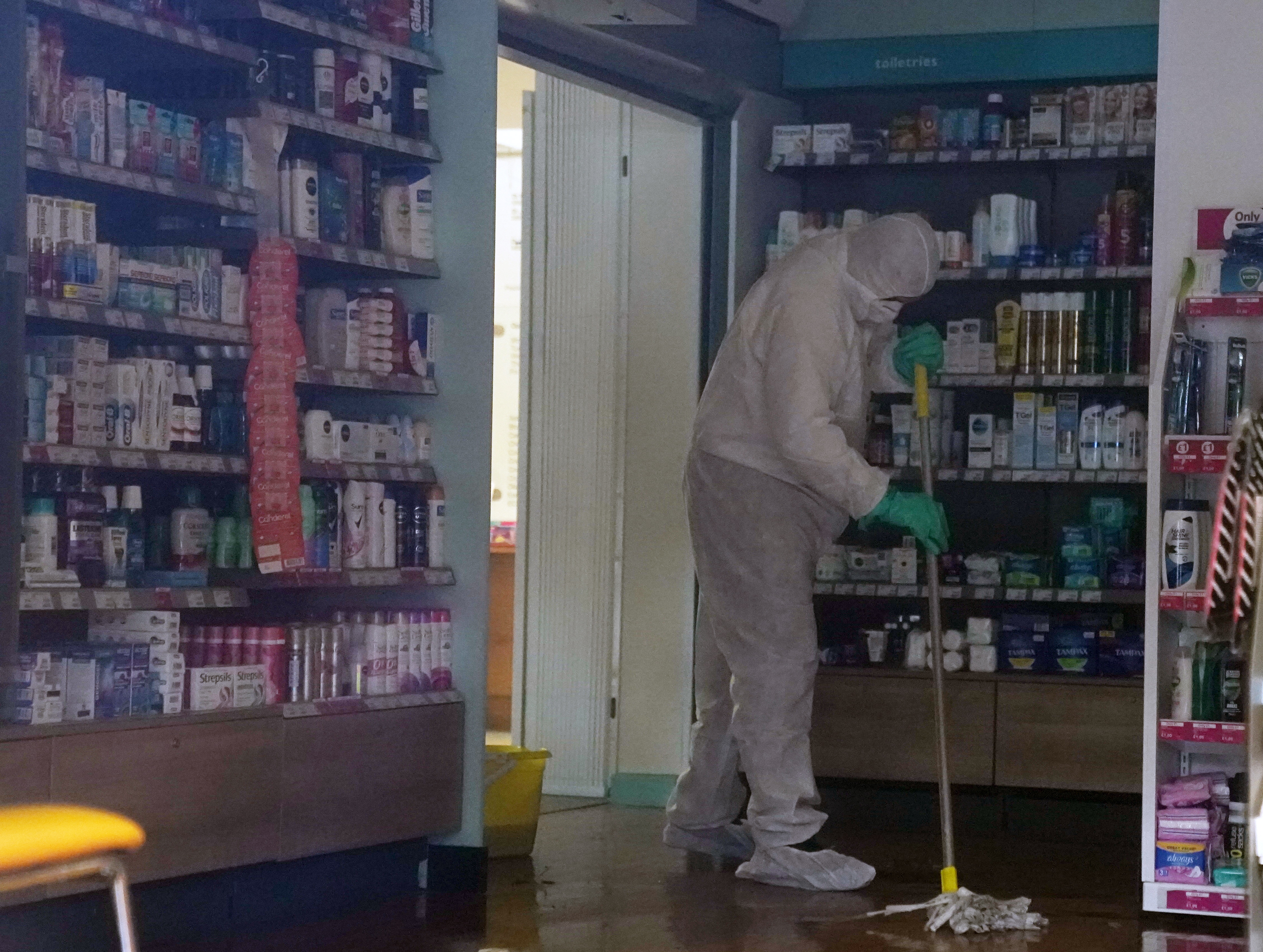 Key figures in government are sceptical of both Japan’s decision to suspend schools and Switzerland’s ban on any gathering of 1,000 people or more.

Factories closing will be a big hit to economic growth.

The UK — as an open trading economy — will also be affected by the downturn in the global economic outlook the coronavirus is causing.

The Bank of England is already reporting a slowdown in economic activity related to it. One senior Government source says the economic impact is, “totally unknowable”.

I understand that if the virus takes hold here, the official advice will flip from containing and quarantining to continue going to work.

One of those tasked with preparing the Government’s response tells me: “If 40 per cent of the country is infected, there’s no point in isolating,” and warns that people continuing to do so in these circumstances would create, “economic chaos”.

If economic growth is hit, then the Government’s fiscal targets will become even more challenging.

Would it be sensible to cut spending or raise taxes to respond to a pandemic?

The threat of the coronavirus also creates even more uncertainty around the economic forecasts that will underpin the Budget.

This makes the case for a limited Budget, with most of the big decisions moving to the one scheduled for the autumn, by when the situation on both coronavirus and the future trading relationship between the UK and the EU should be clearer.

When Tony Blair was re-elected in 2001, few thought his time in office would be defined by terrorism and the Middle East.

Boris Johnson’s first full year in Downing Street may well come to be defined by his handling of coronavirus.

Runway sting in the tail

“THERE is no way it is going to happen under Boris.”

That is the verdict of one friend of the Prime Minister on a third runway at Heathrow. 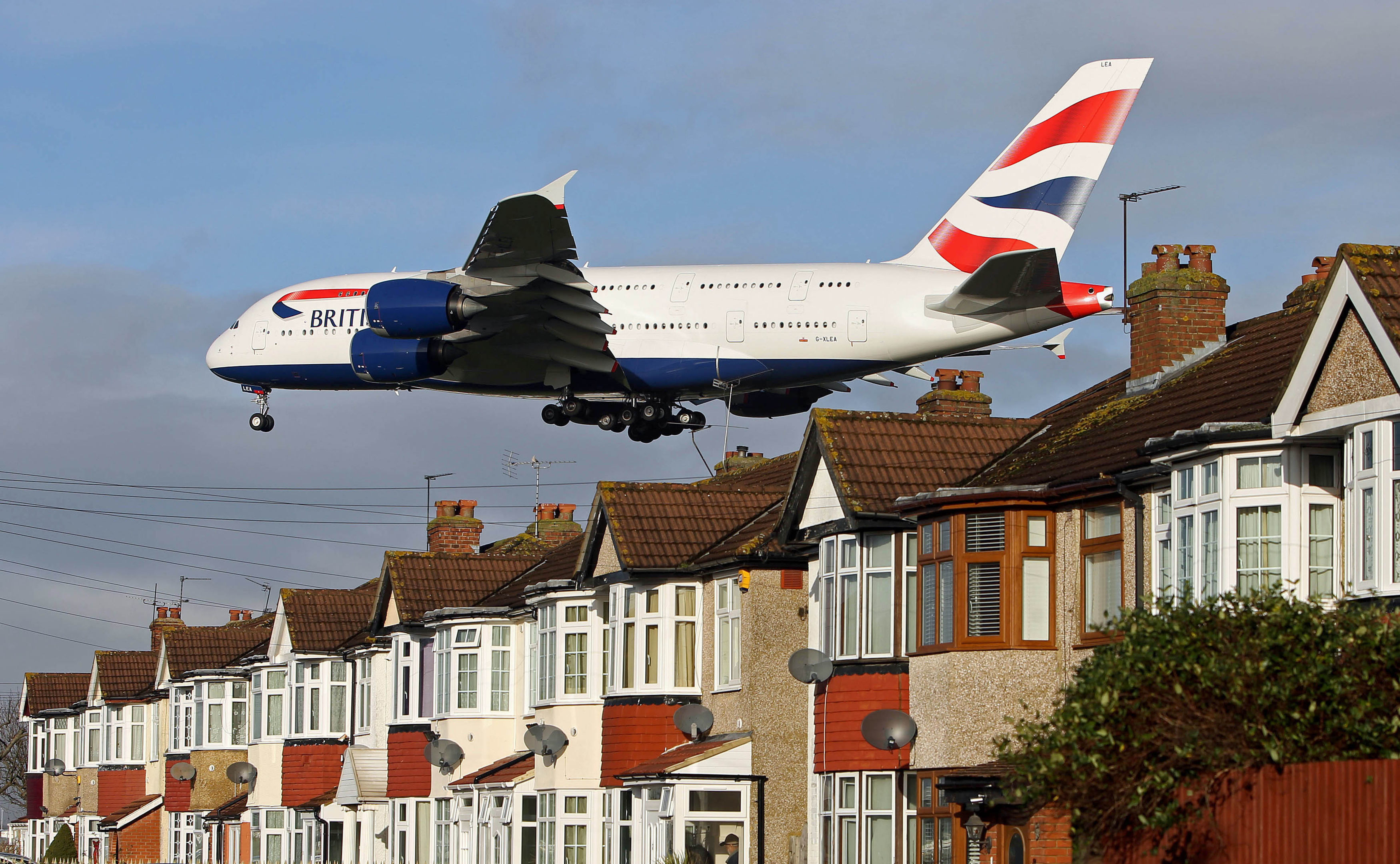 As this column revealed last weekend, the Government will not appeal the judicial review ruling against the third runway.

But the cheer in Downing Street is tempered by the consequences of the Heathrow verdict.

One No10 source says: “It is a very neat solution for Boris, but it comes with a sting in the tail.”

The sting is that the court’s judgment potentially threatens the Government’s planned infrastructure binge.

A whole series of projects are in danger of being struck down because of the threat they pose to the Government’s international climate change commitments.

So the Heathrow verdict has led to Downing Street being even keener than before to move fast on reforms to the whole process of judicial review.

One influential source tells me that there is a, “major clash coming between the Government and the judiciary, and its supporters in Parliament”.

BORIS Johnson is going to Chequers this weekend, having previously been kept out of the Prime Minister’s official country residence by a series of building works.

The decision to get the builders in was that of the Chequers Trust.

But friends of Boris’s eager for an invite to the country pile have been left wondering whether it was a coincidence that the major works started once Theresa May had left.

Deal talks head for a stand-off

TOMORROW afternoon, 100 civil servants and officials will head to Brussels on the Eurostar for the first round of trade negotiations with the EU and its tough-talking chief negotiator Michel Barnier.

Boris Johnson has set a deadline of June for progress in these talks or he will walk away. 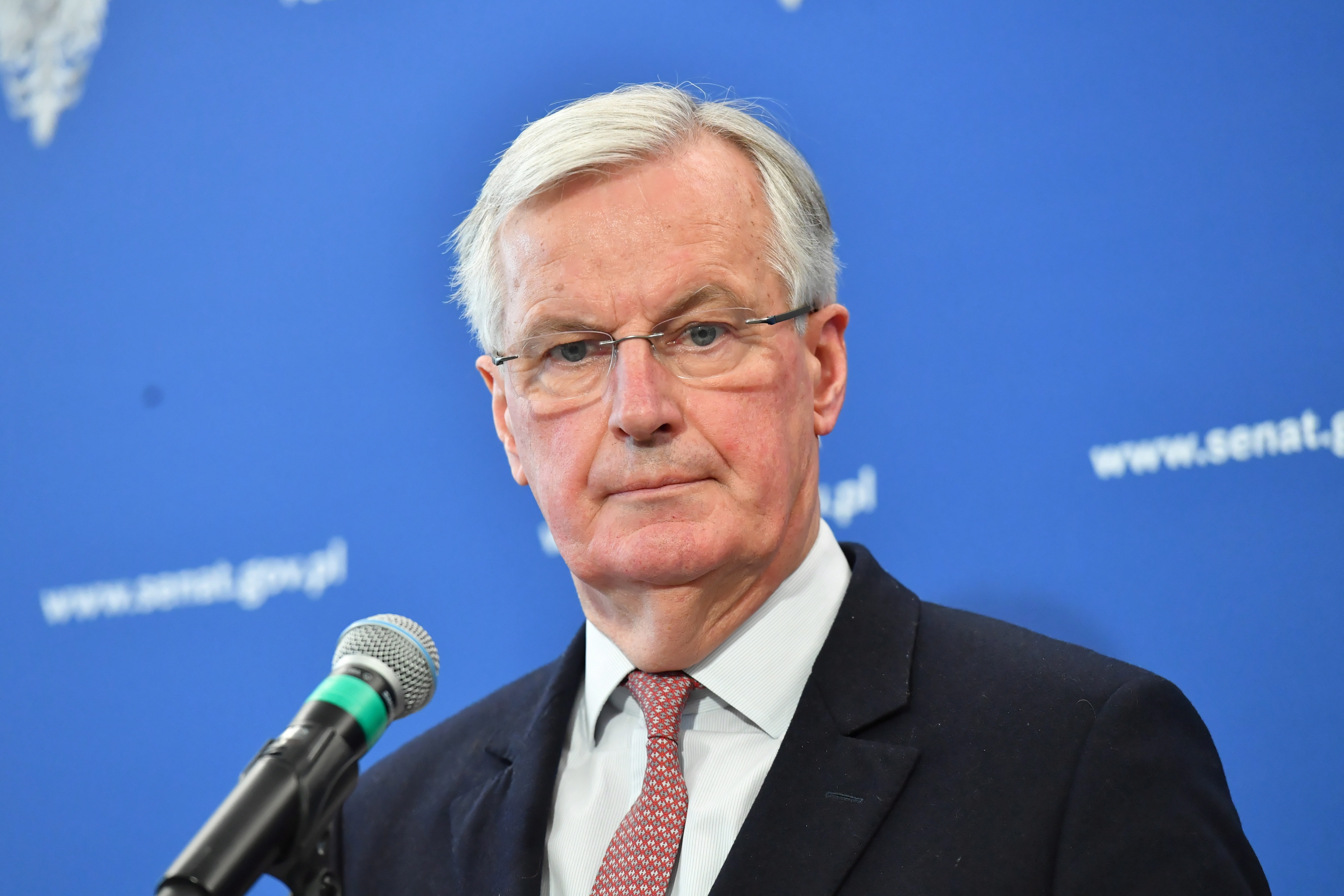 But one leading member of the British delegation tells me they, “wouldn’t have expectations of there being much movement”, in this first round of talks.

The early discussions will be dominated by the question of what kind of deal this should be.

The UK wants a series of agreements while the EU wants a single, association agreement.

Downing Street sources tells me the UK will reject that idea outright, regarding it as “quasi-colonial”.

But the EU is adamant that the UK agreed to this structure in the withdrawal agreement. This row could blow up the talks.

One of those involved in drawing up the UK negotiating strategy warns: “You can’t fudge the association agreement.”

Another area of tension is the implementation of the Northern Irish protocol. One senior UK source tells me: “The EU think they have us nailed down. We think a lot is a matter of interpretation.”

But the EU are saying they won’t proceed with the trade talks if they think the UK is going back on its commitments on the Irish border.

By the time the two sides meet in London on March 18 for the second round of talks, the stage will be set for an epic diplomatic row.

AFTER the restoration of power-sharing in Northern Ireland last month, Boris Johnson headed to Belfast to hail this breakthrough.

He was full of beans on the trip and when he met a group of primary school children, he enthusiastically asked them who their hero was.

When a kid answered: “Gerry Adams”, I am told the PM was briefly lost for words.