A specialist radiologist who administered an injection of contrast dye into a Melbourne woman as part of a heart scan before she suffered a fatal reaction says he didn’t give the woman potentially life-saving adrenaline because he could not do two things at once. 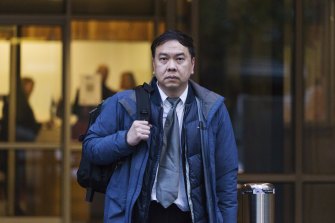 Ms Hickey was asymptomatic and had no history of heart problems but agreed to the test after her workplace launched a heart-testing regime for senior staff following a colleague’s near-fatal cardiac arrest.

At an inquest into the mother-of-two’s death on Thursday, the coroner heard that shortly after the 43-year-old was injected with IV contrast dye, she fell ill and began having a seizure.

Dr Tseng, who was in charge of speaking with the patient before injecting the contrast dye, told the inquest he initially thought Ms Hickey was having an intracranial reaction and was unaware seizures were a symptom of severe anaphylaxis.

While about four employees attempted to help the Heidelberg Heights woman, he said he took charge of her emergency airway support but, faced with an “impossible situation”, could not instruct others to use adrenaline at the same time. 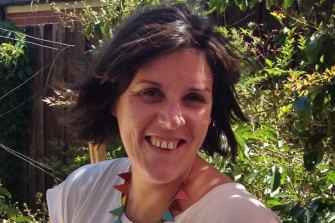 Peta Hickey’s death is before the coroner.

Under questioning from Future Medical Imaging Group’s lawyer Ben Jellis, Dr Tseng admitted he didn’t ask anyone else in the room to take over Ms Hickey’s airway support or to draw up and inject potentially life-saving adrenaline because they were administrative and radiography staff and not medical practitioners.

“How can I expect them to do something so complex?” he said.

Dr Tseng said he knew he needed to administer adrenaline but couldn’t do “two things at once”, believing he needed the help of a medical or nurse practitioner to inject adrenaline or take over Ms Hickey’s airway management.

“I had to make a decision. The ambulance was on the way,” the doctor said. 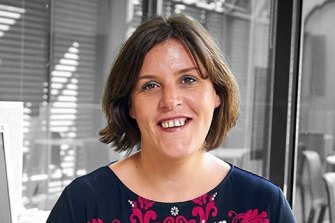 Dr Tseng said there was not – and still isn’t – a second medical practitioner or nurse assigned to FMIG clinics at any one time.

Earlier in the day, the inquest heard Ms Hickey had arrived at the clinic with a referral from a doctor Doumit Saad, who had been contracted by secondary companies to assist with reviewing the test results from Ms Hickey’s workplace heart-scan program.

But Ms Hickey had never seen Dr Saad and her referral did not include any medical history.

Dr Tseng said when Ms Hickey arrived at the clinic, he unsuccessfully attempted to contact Dr Saad for the information but maintained he didn’t know the GP had not met or assessed Ms Hickey.

The radiologist told the coroner he would never have proceeded with the heart scan if he knew Ms Hickey had never met the doctor whose signature was on her medical referral.

Ms Hickey died in hospital eight days after her reaction to the contrast dye.

An autopsy revealed her cause of death was multiple organ failure and anaphylactic reaction.

The inquest is examining who put Dr Saad’s electronic signature on Ms Hickey’s referral after the GP told the inquest earlier this week he didn’t affix his signature to the woman’s paperwork.

A three-week inquest into the death will continue on Friday.