Home » World News » Husband admits he killed wife in Athens, made up story about robbers

A Greek man strangled his young wife to death, then made up a story about three burglars slaying her in front of their 11-month-old daughter, reports said.

The death of Caroline Crouch, 20, drew international headlines when her husband Babis Anagnostopoulos offered a shocking story of hooded robbers torturing and killing his wife while he was tied helpless to a chair in their home in Athens.

But the 32-year-old helicopter pilot admitted on Thursday it was all a lie.

“That night we were fighting early,” he told police in his new statement on what really happened on May 11, according to The Daily Mail.

“At one point she threw the child in the crib and told me to leave the house,” he went on, the Mail said.

“I lost my temper, I suffocated her with the pillow. Τhen I made up the robbery.” 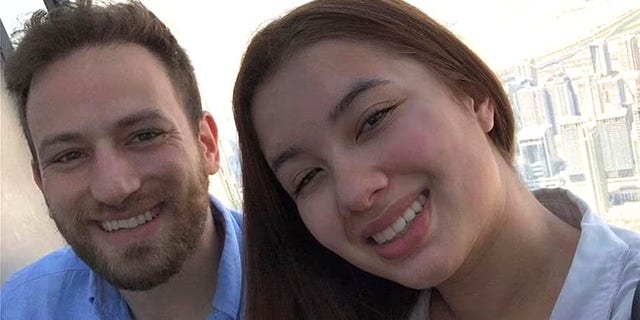 Hellenic police said on Twitter the husband confessed on Thursday – after reports said he endured hours of questioning.

He had been taken in after police uncovered new data and he was picked up on the Greek island of Alonissos – where he’d been attending a memorial service.