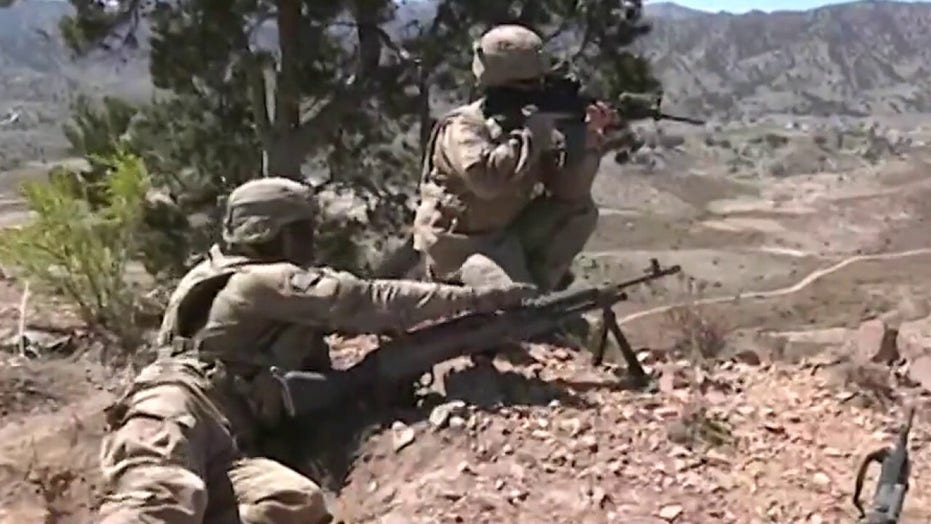 For almost two decades, the U.S. military has siphoned much blood, sweat, and tears into fighting the insurgencies littering Afghanistan.

In the coming weeks, the Pentagon plans to accelerate the troop drawdown from 4,500 to 2,500 under orders from President Trump – leaving behind a bleak picture of a struggling country beleaguered by nearly daily attacks, bullet-pockmarked buildings and an ailing economy.

Throughout the years of the Afghan war effort, American taxpayers have footed the bill – on average about $3,000 each – with a comprehensive price tag succeeding $1 trillion. Roughly $138 billion in taxpayer dollars alone have been disseminated for Afghan relief and reconstruction.

Of that, a staggering $19 billion fell to the wayside of waste between 2009 and 2019 alone, according to the Office of the Special Inspector General for Afghanistan Reconstruction (SIGAR).

"SIGAR has identified nearly $20 billion in waste. I suspect that number is much higher, SIGAR has only audited about one half of the $134 billion in aid provided since 2002," Bill Roggio, Senior Fellow, Foundation for Defense of Democracies (FDD) and editor of the Long War Journal, told Fox News. "Money (was thrown) at the problem in the hope (to) fix it. This merely fed the corrupt politicians, bureaucrats, military and police officials, and others who are in no short demand." 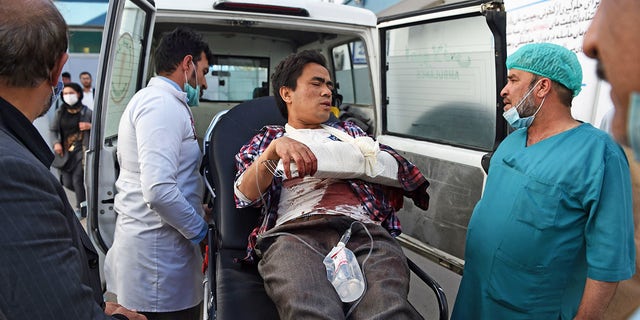 A man, wounded after gunmen stormed Kabul university, arrives in an ambulance to Isteqlal Hospital in Kabul on November 2, 2020. – Gunmen stormed Kabul university on November 2 ahead of the opening of an Iranian book fair, firing shots and sending students fleeing, Afghan officials and witnesses said. (Photo by WAKIL KOHSAR / AFP) (Photo by WAKIL KOHSAR/AFP via Getty Images)

Like in one case, about $10 billion was spent on mostly counter-narcotics and stabilization initiatives. However, the country still supplies more than 80% of the world's heroin and opium, as well as meth.

Meanwhile, about $500 billion has been clocked up in interest, given that a prominent portion of the battle was waged on borrowed funds.

"Despite 13 years and billions of dollars in salary assistance to the Afghan government for the Afghan National Army (ANA), there is still no assurance that personnel and payroll data are accurate," SIGAR auditors wrote in a 2014 audit. "There are no requirements that supervisory ANA officials observe attendance data collection at lower-level units."

The report revealed that when it came to the Afghan National Police alone, "more than $300 million in annual, U.S.-funded salary payments is based on partially verified or reconciled data."

An investigation into the so-called “ghost soldier” issue in 2019 revealed that just as investigators vowed to do another crackdown on it, suddenly, 42,000 Afghan troops and police officers disappeared from the payroll. A report published in late August 2020 found that "50% to 70% of police positions were ‘ghost soldiers,’” referring to personnel listed on the books who do not exist.

SIGAR exposed other flagrant blunders – like the $28 million spent on Afghan army uniforms in 2017, which was later criticized given that the gear selected was deemed only suitable for environments “so rare they account for just 2% of Afghanistan’s countryside.”

Moreover, much of the condemnation surrounding the U.S. campaign in Afghanistan has stemmed from the flurry of opportunities that opened for contractors – both U.S. and Afghan nationals – to illicitly profit from the blank checks with insufficient vetting and oversight.

From 2012 to 2015, the U.S. Department of Justice took on at least eight cases centered on mass bribery, fraud, and conspiracy to steal American monies in Afghanistan, as per public court filings. Yet, the problem persisted. 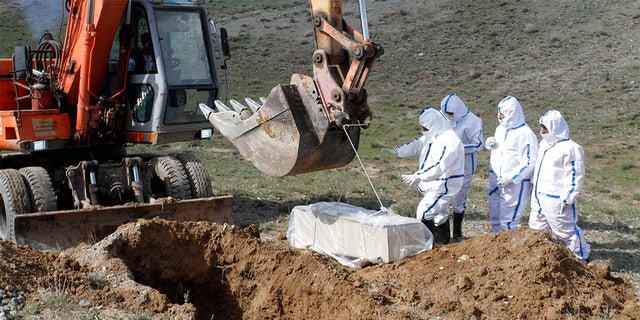 March 27, 2020: Municipality workers bury the body of coronavirus victim on the outskirts of Herat province west of Kabul, Afghanistan. Across the Middle East and parts of South Asia, bereaved families have faced traumatic restrictions on burying their dead amid the pandemic. Religion and customs that require speedy burials in the largely Muslim region have clashed with fears of COVID-19 contagion and government-mandated lockdowns. (AP Photo/Hamed Sarfarazi)

Multiple cases in recent years have shown U.S. government contractors in Afghanistan being sentenced to prison for “accepting illegal kickbacks” from Afghan subcontractors in return for assistance in obtaining subcontracts.

The most recent case came just last month when a former CEO of a U.S. government contractor in Alabama was charged in connection with schemes to defraud the U.S. Department of Defense regarding contracts related to U.S. military efforts in Afghanistan," allegedly engaging in two fraudulent schemes between 2013 and 2017.

And it is not just contractors – active-duty U.S. troops have also been implicated in at least 22 fraud-related schemes in Afghanistan, according to Department of Defense filings. These varied from convictions of a U.S. soldier working in cohorts with locals to smuggle almost $290,000 worth of supplies to be sold off-base to a U.S. Army Corps of Engineers soliciting $320,000 in bribes from contractors "in return for assistance" in U.S. government contracts, to an Army Reserve captain soliciting $1.3 million in bribes and "conspiring to traffic heroin" and another soldier bulk cash smuggling in excess of $1 million.

In terms of the mismanagement of funds, SIGAR reports have also illuminated squandered dollars at military and police training facilities.

In one instance in 2016, SIGAR noted that the U.S. Army Corps of Engineers awarded a $3.1 million firm-fixed-price to Assist Consultants Inc. to design and build a compound to train 100 female students in the Afghan National Police. An audit three years later showed that the compound had no electricity and had never been used.

Audits have also shown issues with the printing and distribution of school books, despite the millions shelled out for the cause. A September 2019 watchdog letter stated that while the U.S. Agency for International Development had been funding the Afghan school program since 2002, in 2009, the Afghanistan Ministry of Education (MoE) initiated a revised curriculum for general and Islamic education.

"Based on that curriculum, new textbooks for basic education were printed and distributed with the support of USAID and other development partners," the report continued. "However, we found book quality deficiencies, such as loose or blank pages, misspellings, and low-quality paper. Principals and teachers at a quarter of the schools inspected stated, 'that the books were no longer in usable condition.'"

Schools themselves across the beleaguered country have also been plagued with the same dilemmas for years on-end, bringing into question just how much of the more than $1.1 billion USAID has disbursed effectively went to "improving the quality of Afghanistan's education system."

"From October 2015 to October 2018, we visited 171 schools in 10 provinces throughout Afghanistan and issued 10 reports and 4 alert letters addressing the condition of those schools," SIGAR said. "We found that many of the schools had structural deficiencies (e.g., showed signs of settlement or deterioration, cracks or large holes in their roofs, and damaged or removed windows and doors) that could potentially impact safety and the delivery of education." 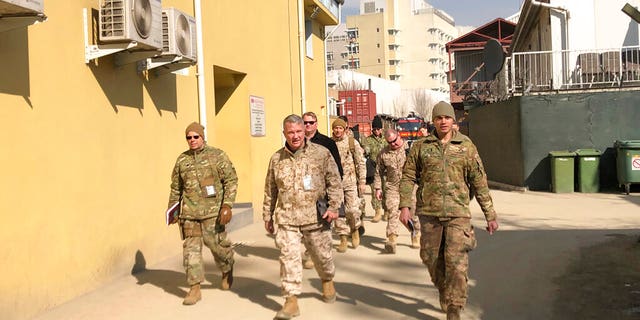 Elsewhere, issues percolating around visa fees are also said to be a source of the U.S. dollar swindling in Afghanistan. In July 2020, SIGAR notified the U.S. State Department and the Pentagon over protracted problems resulting in the loss of millions.

Alexandra Abrams, communications director for Citizens Against Government Waste, told Fox News that each year SIGAR reports highlight new wasted spending in the country, and nothing seems to change.

"The experience in Afghanistan has demonstrated a fundamental inability of U.S. agencies to coordinate development efforts,” she said. "The difficult security situation in the country contributed to all these problems, but the U.S. never seemed to learn from its mistakes."

Nonetheless, the U.S and other foreign donors last month agreed to give Kabul an additional $3 billion for 2021 – contingent on their continuation of peace talks with the Taliban – of which the U.S. has made available $600 million. A total commitment of $12 billion over the next four years was reached, falling shy of the more than $15 billion pledged just prior to President Trump taking office.

But Afghanistan's future–and whether the incoming Biden administration will continue to detangle itself financially from the beleaguered nation – remains to be seen.

"If the U.S. completes the withdrawal from Afghanistan, then one dollar would be too much. Contended,” Roggio added. "U.S. aid to Afghanistan has been grossly mismanaged with a U.S. presence, and there would be no way to ensure it was spent wisely without a U.S. presence."