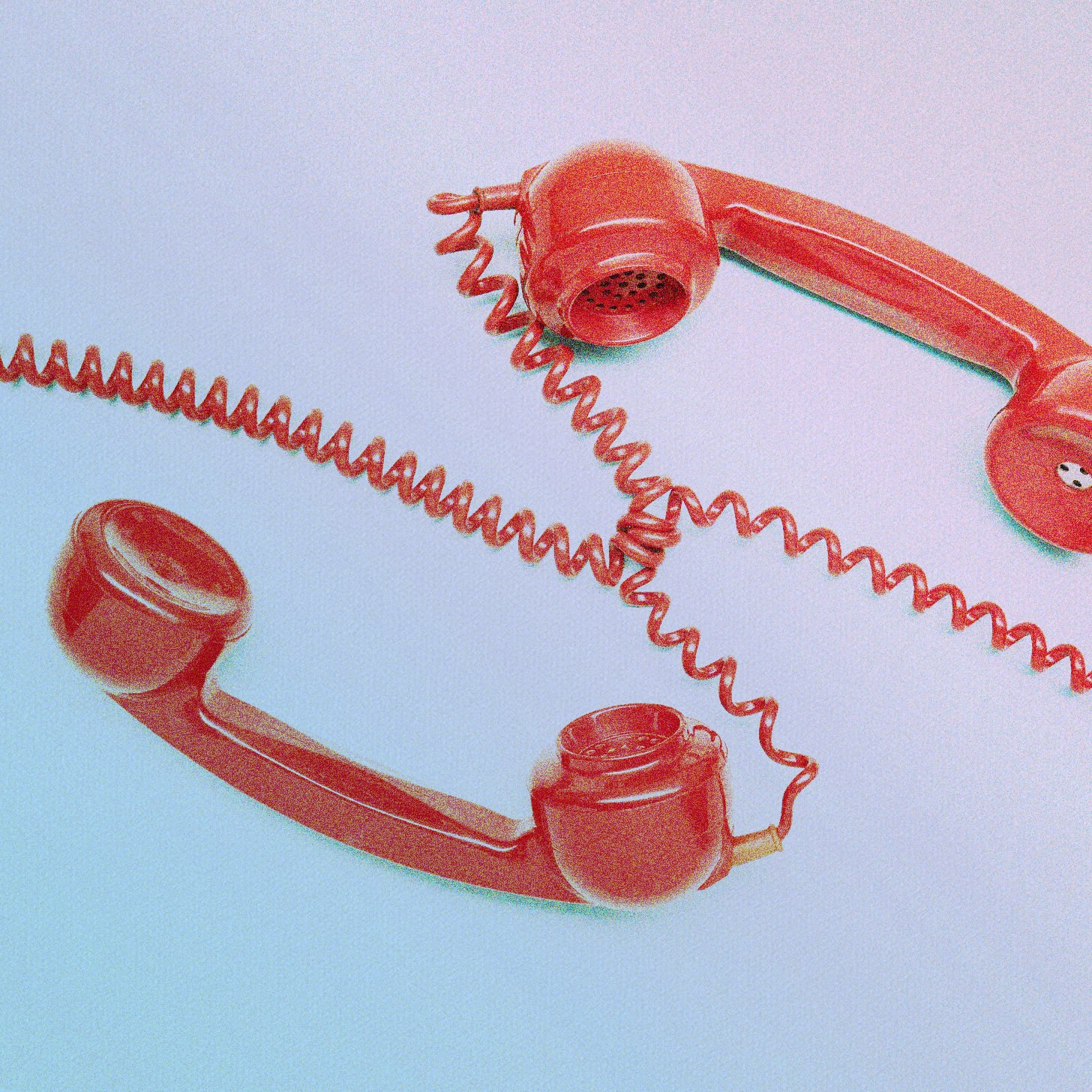 The following story is a part of POPSUGAR’s Sex in a Post-Roe World series, which explores how limited (or nonexistent) abortion access is changing how people approach sex, dating, and relationships.

For many people in the US, the idea of an unintended pregnancy has never been scarier. As of November 2022, 13 states have banned abortion altogether, four have bans at 15 to 20 weeks, and nine have bans that are currently in a legal limbo, according to The New York Times. And while much of the news about abortion rights focuses on legislation, the reality is that these abortion bans are affecting people on an intensely personal level — from the types of conversations they’re having with their doctors to the way they’re approaching sex, dating, and relationships.

Take the presex talk, for example. In addition to swapping information about contraceptive use, STI history, and personal preferences, people are now asking more questions about how each partner would handle an unintended pregnancy, according to an exclusive survey conducted by POPSUGAR via Instagram.

In July 2022, POPSUGAR polled our followers on Instagram for anonymous data about if and how the Roe v. Wade overturn affected their approach to relationships. Out of the 653 people who responded to the question, a whopping 82 percent said they were more likely than they were before Roe was overturned to have a conversation with their partner(s) about how they’d handle an unintended pregnancy prior to having sex.

This makes sense. With new laws and restrictions blocking access to abortion all over the country, the consequences of an accidental pregnancy could be a lot more serious than they were this time last year. 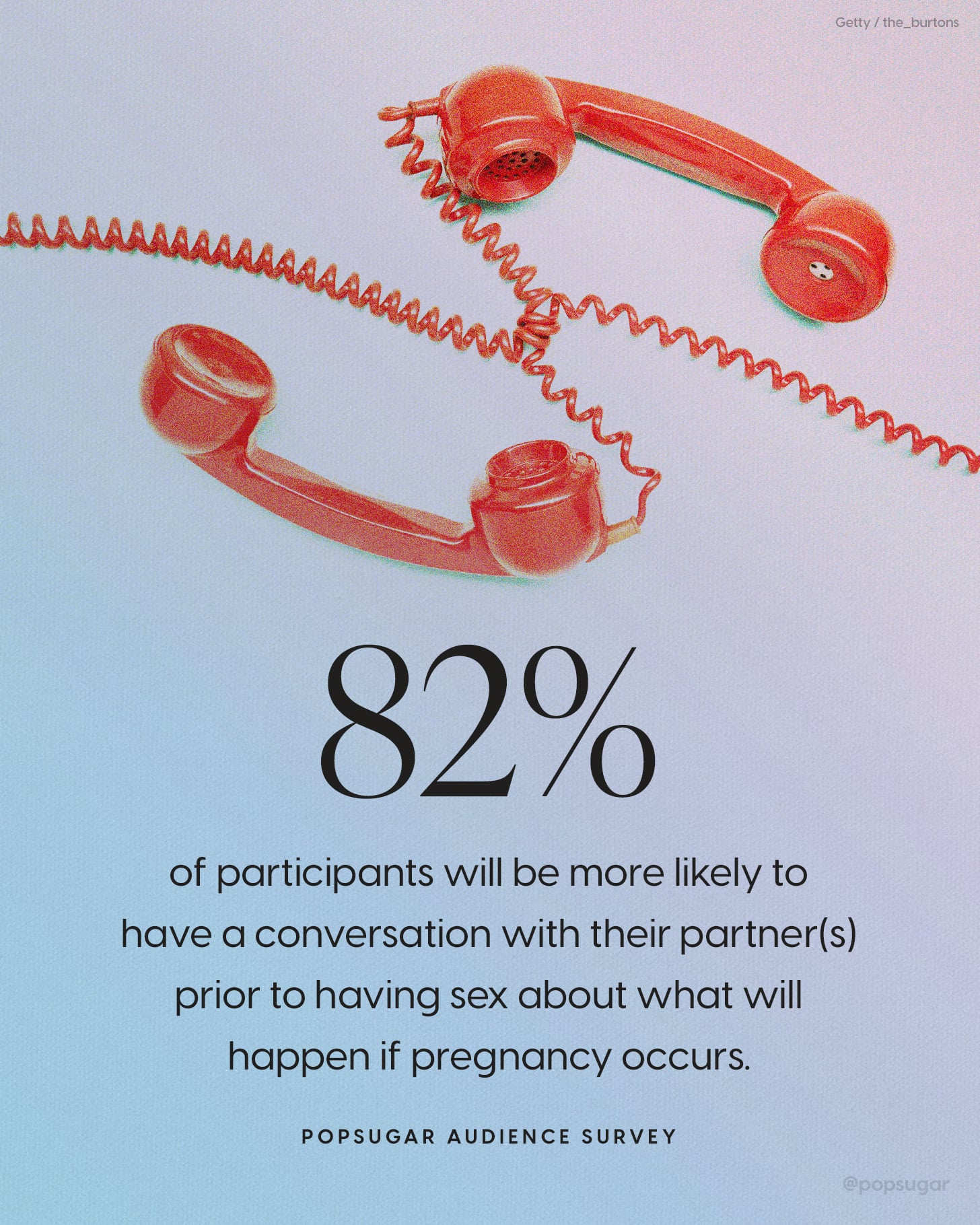 Of course, even before Roe was overturned, abortion access was far from perfect, and “What would you do if we got pregnant?” was an important conversation to have with a partner. But the recent Supreme Court decision has made abortion less accessible to many more people, especially already underserved communities. It also made abortion and the consequences of abortion bans a national focal point. So, it makes sense that people now think it’s especially urgent to be on the same page with a partner about how they’d handle an accidental pregnancy before having sex.

Experts are encouraging people to have more up-front talks about how they plan to prevent an unintended pregnancy and how they’d deal with the situation if it did happen. And while that can seem like a heavy conversation to have with someone you think of as a potential hookup, it’s never been more critical. Here’s where to start.

What to Say in Your Presex Talk

Yes, sex conversations can be a little awkward. But try to avoid overthinking it, says sex and relationships therapist Shadeen Francis, LMFT. “Just say what needs to be said. Which can sound very simple, but simple is often the right answer,” she says.

It’s best to have these conversations when all parties are in a clear headspace — so not necessarily when you’re in the midst of a hardcore make-out and dry-humping session (although better late than never). Plan to hit on the following questions:

Jennifer Litner, PhD, a sexologist and the founder of Embrace Sexual Wellness, notes that this conversation may be different depending on the relationship. With a very new partner, you might start by saying, “I know this may seem like an awkward conversation, but if we’re going to have sex, I wanted to talk to you about the possibility of getting pregnant given everything happening in the world right now.”

Or, you could simply have a frank conversation about what sexual acts you are and are not willing to do that night, with or without going into exactly why. POPSUGAR’s survey found that, of the respondents who were not in a monogamous relationship, 68 percent said they’d be less likely to have casual sex given the risk of pregnancy with someone they’re not committed to. If that’s a choice you’d like to make, there are many ways to be sexual without PIV penetration, including the classics: oral, anal, and manual. You can also use sex toys, Dr. Litner says: “Strap-ons or sex toys have no risk of pregnancy.”

If that’s a problem for the person you’re thinking of getting intimate with, consider it a red flag. “If a partner is not down to collaborate with you and that’s something that’s a hard limit for you, then I think that it probably makes sense to avoid sexual activities with them,” Dr. Litner says.

If you’re having the talk with a long-term partner, you may want to go a little deeper. If you mutually agree that you’re not ready to have a child and would likely seek an abortion if one of you became pregnant, the conversation shouldn’t end there. Do you and your partner(s) know your state’s current laws? Are you prepared, financially, to pay for an abortion? Would you have the time and means to travel out of state if necessary? If not, how will you collaborate on supporting the person having the abortion access the care they need?

Yes, the point of this conversation is to make sure you both agree about what you’ll do in the circumstances of an unplanned pregnancy. But it’s also so you can both understand the risk of PIV sex — and whether you’d rather opt for some other type of sex.

Of course, a big part of this conversation will also be about contraceptives. The UK’s National Health Service reports that external condoms, when used correctly, are 98 percent effective at preventing pregnancy. And the threat to abortion access has certainly made people think more about contraceptive use. Of the 400 survey respondents who said they weren’t already on birth control, nearly 30 percent said they were considering going on some type following the overturn of Roe, and in a separate question, 74 percent of 742 participants said they’d be more likely to encourage condom use during sex.

According to Dr. Litner, doubling up on different contraceptive methods — meaning using a condom and either an IUD or a birth-control pill, not using two condoms (never use two condoms at once) — could provide an extra layer of security. So could having a person with a penis both wear a condom and pull out before ejaculating, Dr. Litner says. People who are particularly concerned about pregnancy can also track their menstrual cycles (on pen and paper, if you have privacy concerns) and avoid having protected sex during their most fertile times, she says. (Worth noting: natural family planning alone isn’t the most effective way to prevent pregnancy; one in five people who use the pullout method alone will likely get pregnant. So pair menstrual tracking with condoms and/or an IUD or hormonal birth control.)

While having these conversations, if you find your partner is not open to discussing or has vastly different views than you, Francis says that could be something to make you reconsider the relationship altogether. According to POPSUGAR’s exclusive study, 91 percent of participants would not consider having sex with someone who is antichoice and 89 percent would not consider dating someone who is antichoice. Which is good, because above all else, Francis says, your sexual partner should be on board with your rights to full bodily autonomy — which includes reproductive freedom.

Once you make it through the awkwardness, having the conversation with whoever you’re sexing with will elevate your sex life. Not only will it make both parties feel more secure and comfortable with the sexual act itself, but mastering the sex talk is a communication win, too. The more details you include about how you like to experience pleasure and what your plan of attack is if anything were to happen, the more successful your sex life will be.