TERRIFIED Jemima Carolyn cowered in her dusty room as the latest party guests arrived at her uncle's mansion, only too aware that she was soon to be a plaything in their sadistic sex games.

The 13-year-old, sent to live in the crumbling country house after her parents were killed in a car crash, found herself in a living hell – regularly raped, sexually abused and beaten by her uncle and his powerful friends at "torture parties." 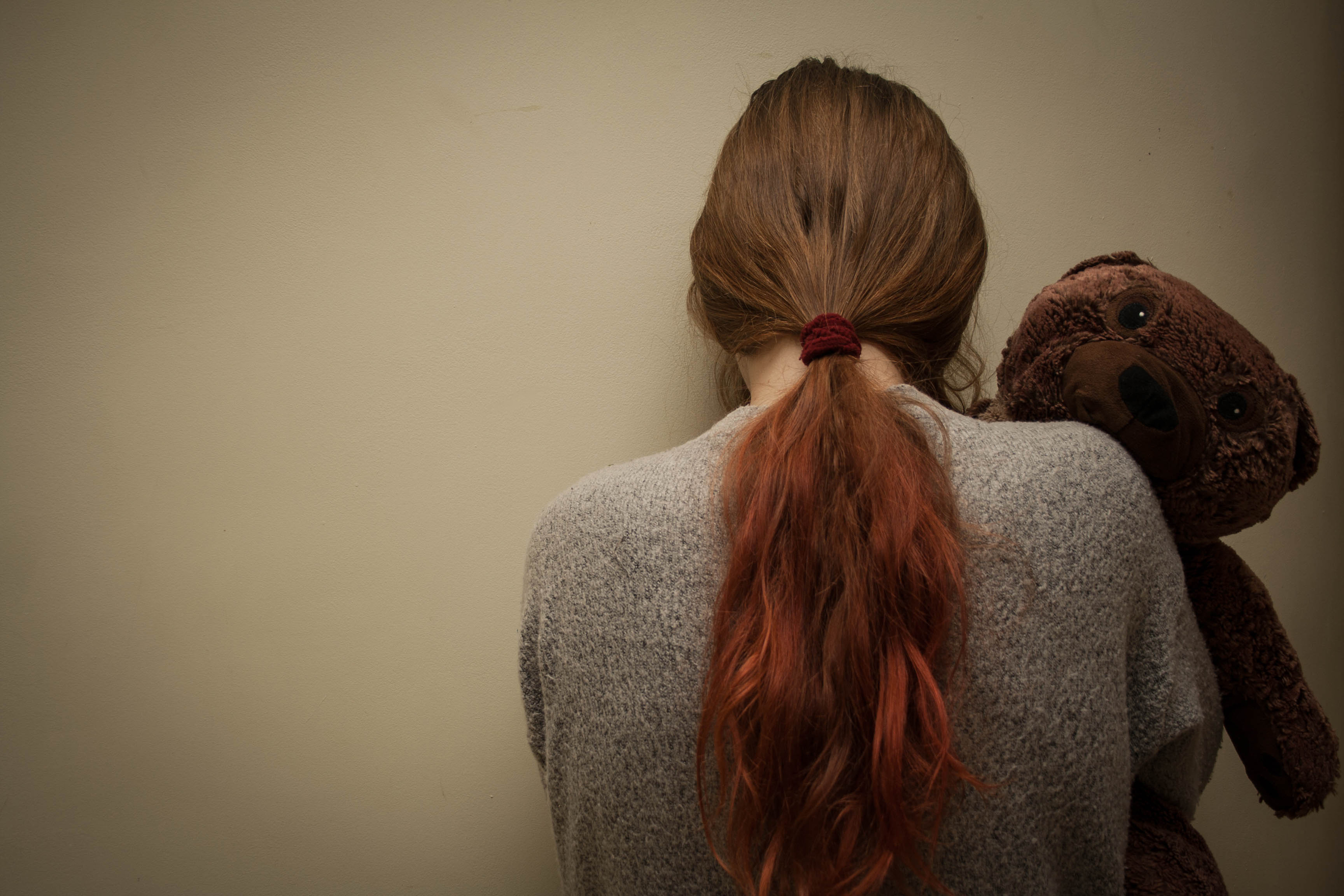 Masquerading as a philanthropist and pillar of the community, her uncle invited deprived children for “horse riding weekends” and “music recitals” at his vast home.

Instead, they found themselves being violently abused, sexually and physically, by a paedophile ring who took pleasure in brutal beatings.

Others were abducted from care homes by a shadowy figure called The Dark Man, whose name was whispered by children across Ireland, terrified they may one day fall victim to the unnamed bogeyman who stalked their neighbourhoods.

It may sound like the plot of a horror movie but the story is all too real – and was one that has haunted child protection worker and journalist Shane Dunphy since he was first assigned to help Jemima in 1997.

In his new audiobook, The Bad Place, Shane reveals how he faced his own demons in a quest to finally find the truth behind Jemima’s horrific story – and that of many more children ‘lost’ from care homes over 20 years. 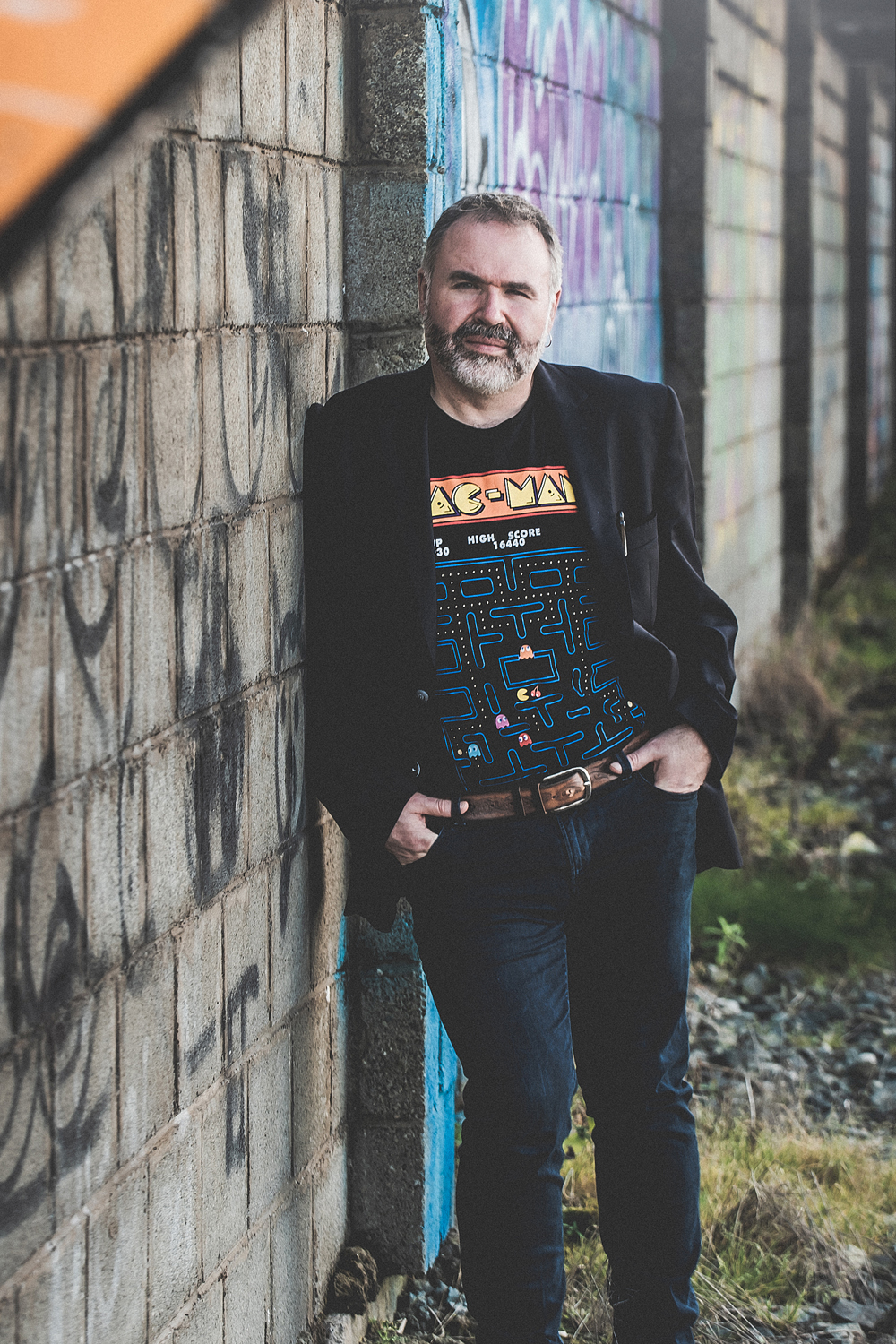 When she was finally taken into care and away from her uncle at 14, Jemima was so traumatised she was showing signs of anorexia and was sent to a secure unit for intense therapy.

What she told the child psychiatrist assigned to her case was a horrific tale of abuse, collusion and, possibly, murder.

The torture parties, she said, were attended by people from all walks of life and the guests – some regular participants, some strangers – subjected her to sadistic beatings, violent rape and sexual abuse.

Other girls who were present at the party and suffered similar abuse were named by Jemima – and the shocked psychiatrist recognised them as ‘missing’ cases she’d read in the papers.

“Jemima’s uncle, Charles Dubarry*, was throwing regular parties attended by many adults, as well as quite a lot of young people,” Shane tells Sun Online.

“These young people were being used for the sordid entertainment of the adults that were there.

“She described violent sexual abuse. She was being quite badly hurt and abused at these events.”

Jemima claimed that among those she met at the parties were three girls who had gone missing in a notorious spate of disappearances known as the Vanishing Triangle.

These young people were being used for the sordid entertainment of the adults that were there.

Between 1993 and 1998 eight young women, including three teenagers, vanished from the area of Leinster, leaving no clues, with many believing a serial killer was at work.

But the teenager said one of the girls had worked as a waitress at the torture parties before being “taken outside” by a man – a term she used for abuse taking place.

Another came with a much older man known as ‘the Judge’ and seemed to be “owned by him” while the third made a brief appearance at a party before being “taken out” and never returning.

Spotting a link, the psychiatrist handed the case to Shane, then 22 and a child protection officer who had worked closely with kids from the most brutal of backgrounds.

After speaking to Jemima and investigating the case for three months, he took the brave decision to visit the house and confront Dubarry at his home – a remote, crumbling mansion dubbed ‘the Bad Place’ by the children abused there.

There he came face to face with the Dark Man in an encounter which would haunt his nightmares for two decades. 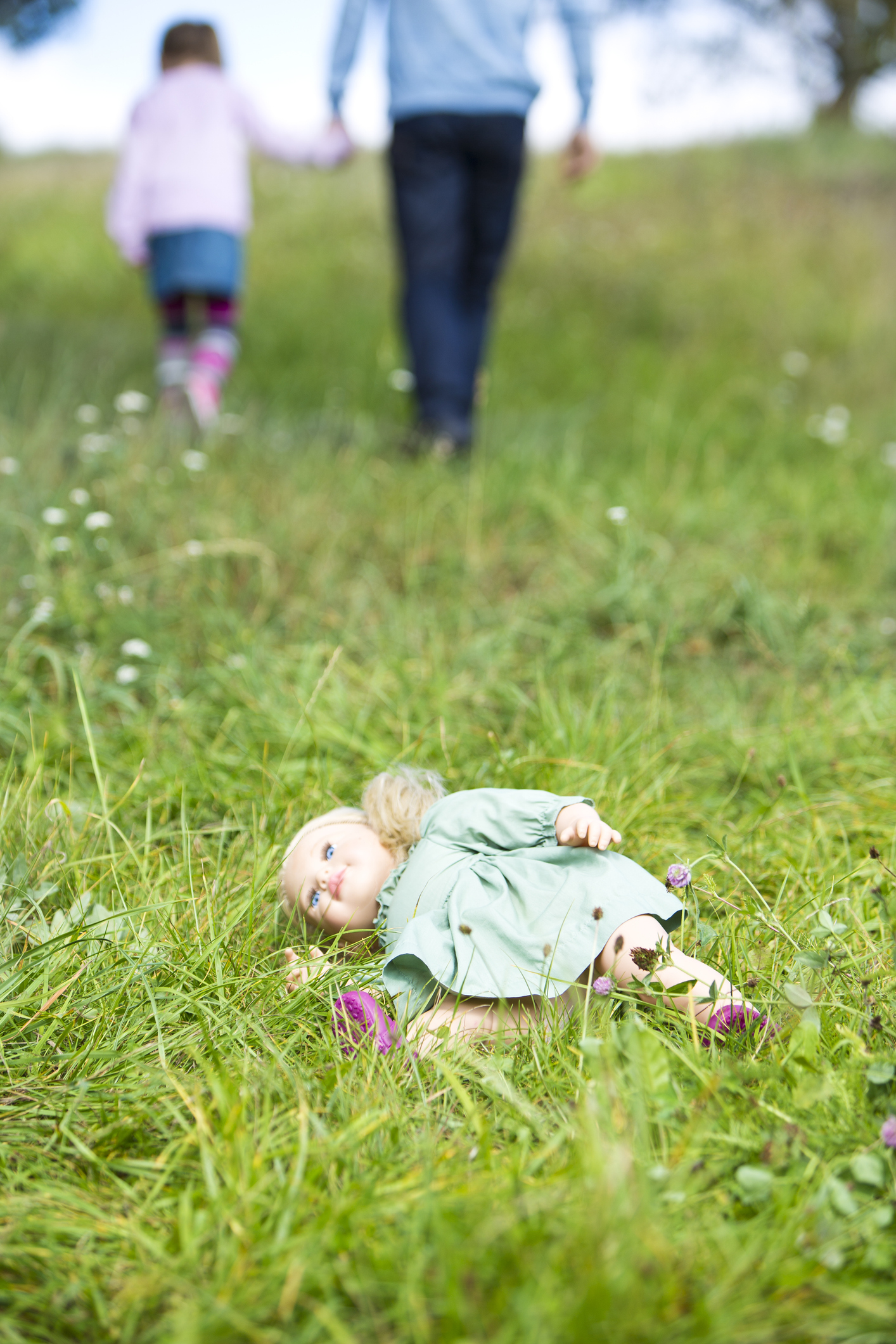 ‘We could rape you and send the video to your family’

After agreeing to see Shane, Dubarry – a fat, blonde man in his fifties – denied hurting his niece and claimed he had given her up for care because he "couldn’t give the kid what she needed.”

But when Shane outlined exactly what Jemima had said and revealed he knew that girls on the “missing” list had also been seen at the house, things took a sinister turn.

A tall man with jet black hair, black eyes, “yellow jagged teeth”, a face scarred by burns and cuts and “the smell of death and decay” appeared in the doorway of Dubarry's office.

The Dark Man, employed as Dubarry's 'enforcer', attacked Shane, throwing him to the floor with his arm twisted behind his back then stroked his cheek as he whispered terrifying threats.

“We could rape you and send a video of it to your family,” he said. “I’d hold you down while Dubarry and his man took turns. Or maybe we’d tie you up and leave you in the cellar, with the rats and the crawling things, to think about what we’re going to do.

“We might come for you later today. Or we might come tomorrow, or it could be a week. You’d sh** and p*** yourself by then but don’t worry, I’d have Dubarry hose you down before we started. Or maybe I wouldn’t. He likes it dirty, does old Charles.”

Trembling and terrified, Shane ran for his life and dropped the case. 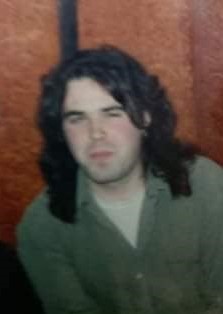 Beaten with belts and hoses

Two decades on Jemima’s claims came back to haunt him, when a journalist friend was investigating the disappearance of another child, Billy O’Dowd*, from Dublin.

The 11-year-old had told friends he had a huge secret and was too afraid to tell anyone, but said he was going to tell his local priest at confession. He vanished shortly afterwards.

In his research, the journalist found links between the priest – who was later accused of abusing boys but never charged – and Dubarry, who had attended charity events together.

While interviewing friends of Billy, he was told of the parties at Dubarry’s house – which the boys called the “Bad Place”.

“Dubarry would go into schools in deprived areas and handpick children to ‘benefit’ from horseriding weekends at his mansion, or ‘music recitals’,” says Shane.

“He dressed it up as a charitable act but once there they were passed around at ‘torture parties’, attended by numerous men and women, and subjected to violent sex abuse by countless adults.

“Some of the children intimated that there wasn't specific sexual contact during their abuse – that they were beaten, seemingly for the sake of the beating alone – but it was clear when we listened to the details that there was a sexual element to it.

“These kids were taken away from the parties for the sake of these beatings – often using implements like hose-pipes or belts.

“Many of those who were at the parties were on the ‘missing children’ list.”

These kids were taken away from the parties for the sake of these beatings – often using implements like hose-pipes or belts.

The children made frequent mention of the “Dark Man” – the name sending shivers down Shane’s spine.

Soon afterwards, Shane was contacted by Theresa O’Neill*, whose son Alan had been snatched from outside a care home in 2005 at the age of five.

Police had told her Alan was snatched to order by travellers, and would have been sold on for illegal adoption, but Shane promised to dig deeper to trace him.

“I interviewed one of the kids who was with him outside the care home when he went missing,” says Shane.

“He told me there were two people in the car that took him, a woman and a guy who was described as the Dark Man,” he says.

“The physical description of him immediately brought me back to that house in the middle of the countryside, where I got frightened, and I realised that I had no choice but to look into this.”

Haunted by the fact that he had let Jemima down, some 20 years before, Shane says he became “obsessed” with finding the truth – and tracking down the Dark Man.

“I felt I needed to do something to make amends,” he says. “Jemima became a symbol, in my own head, of all of the mistakes that I've made in my child protection career and this became my chance of redemption, so it became all-consuming.” 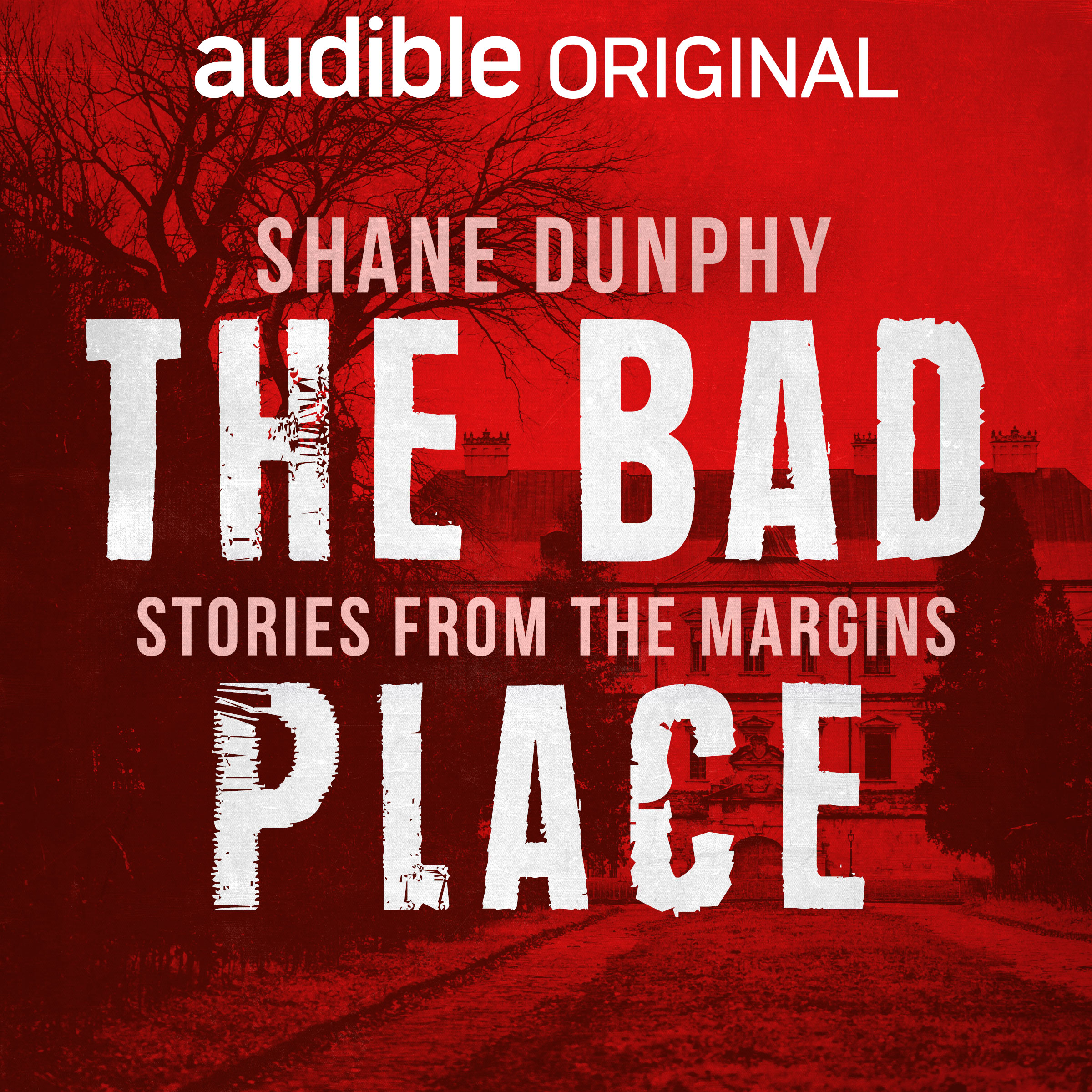 Face to face with mythical ‘bogeyman’

Shane’s research eventually took him to London, where he discovered the Dark Man and his female accomplice had been making frequent trips to traveller sites to steal children.

The infamous status of the scarred, sinister Eastern European man meant he had evaded the police for years,

“He's someone who had been embroiled in the abduction of children, as we later discovered, most of his life and he'd created this persona for himself, a mythical bogeyman figure,” says Shane.

“He'd reached the point where the authorities weren't even sure he was real. A lot of them believed that he was just a fairy tale that criminals tell themselves.

The authorities weren't even sure he was real. A lot of them believed that he was just a fairy tale that criminals tell themselves.

“But of course, I'd seen him so I knew the only way to bring this to a conclusion was to find him.”

A dramatic twist in the tale came after a group of travellers set a trap, using one of their own children as bait – and in a subsequent fight, the Dark Man was stabbed.

After obtaining a DNA sample from the blood he left on the blade, Shane was shocked to discover the Dark Man was the child of a wealthy French couple who had himself been abducted at the age of 18 months, while the family were on holiday in Marbella. 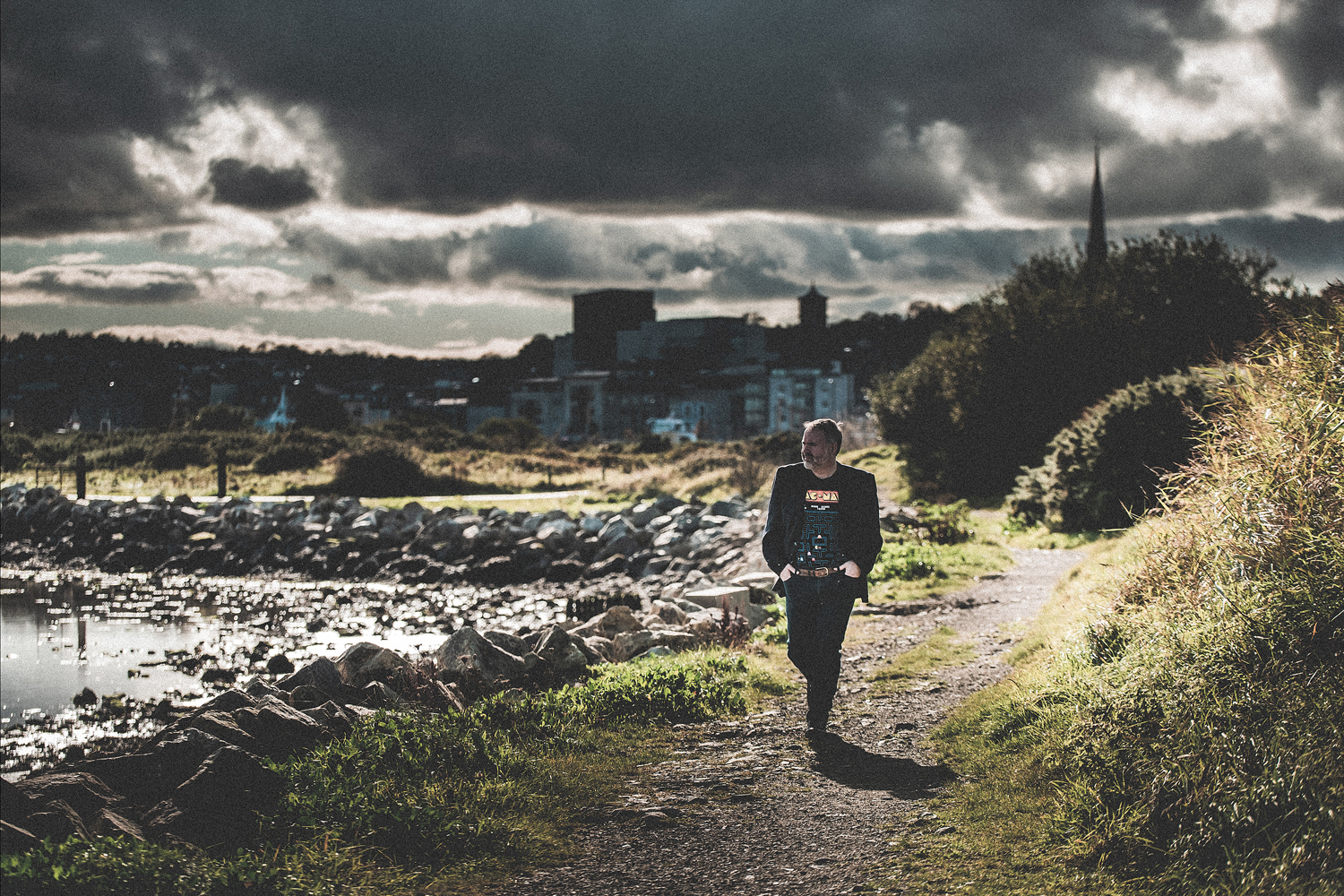 Shane had one more terrifying encounter with the Dark Man, who sought him out at his London hotel.

He told him he had been raised by an Eastern European gang, who used him to recruit other street children for sex trafficking and illegal adoptions.

“The story went full circle, tragically,” says Shane. “When we finally came face to face I was initially absolutely terrified and I just froze. But then I actually looked at him and I realised he was just a man.

“In my head he had become this colossal, towering character. But when I saw him face to face, he was actually an average sized man.

“Because of my work, I was able to see the abused, neglected and frightened child in him and that completely diffused the fear, despite the terrible things I knew he had done.”

Soon after the meeting in London, the naked body of a man, with no head, feet or hands, was fished out of the Irish sea. His DNA matched that of the Dark Man.

Charles Dubarry died of cancer as Shane’s investigation drew to a close.

For Shane, the writing of The Bad Place went some way to giving him closure after 20 years.

“I found this quite cathartic to write,” he says. “I don't think I realised the impact it all had on me.

“At the end, when I read Dubarry had died, I sat on a beach in the middle of the night, bawling my eyes out.”

*All names have been changed except for Shane's

The Bad Place by Shane Dunphy is available now, exclusively on Audible