A VIDEO of a homeless man's stunning makeover has gone viral as millions of viewers watched his transformation from dirty and scruffy to handsome and trimmed.

The TikTok clip was shared on Saturday by MMA fighter Prophet Muscle, who appears to have watched a barber work his magic while giving out free haircuts to the homeless. 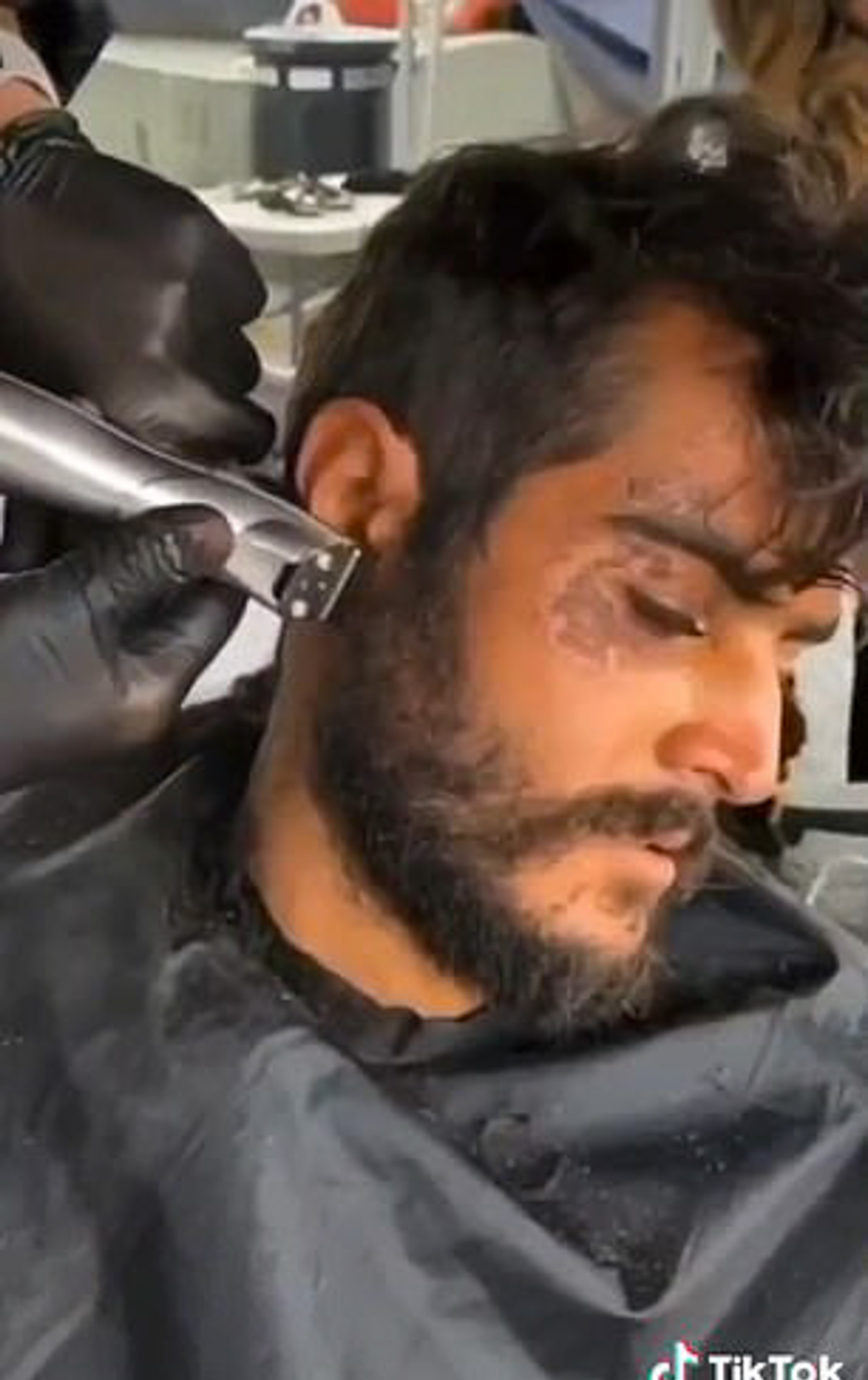 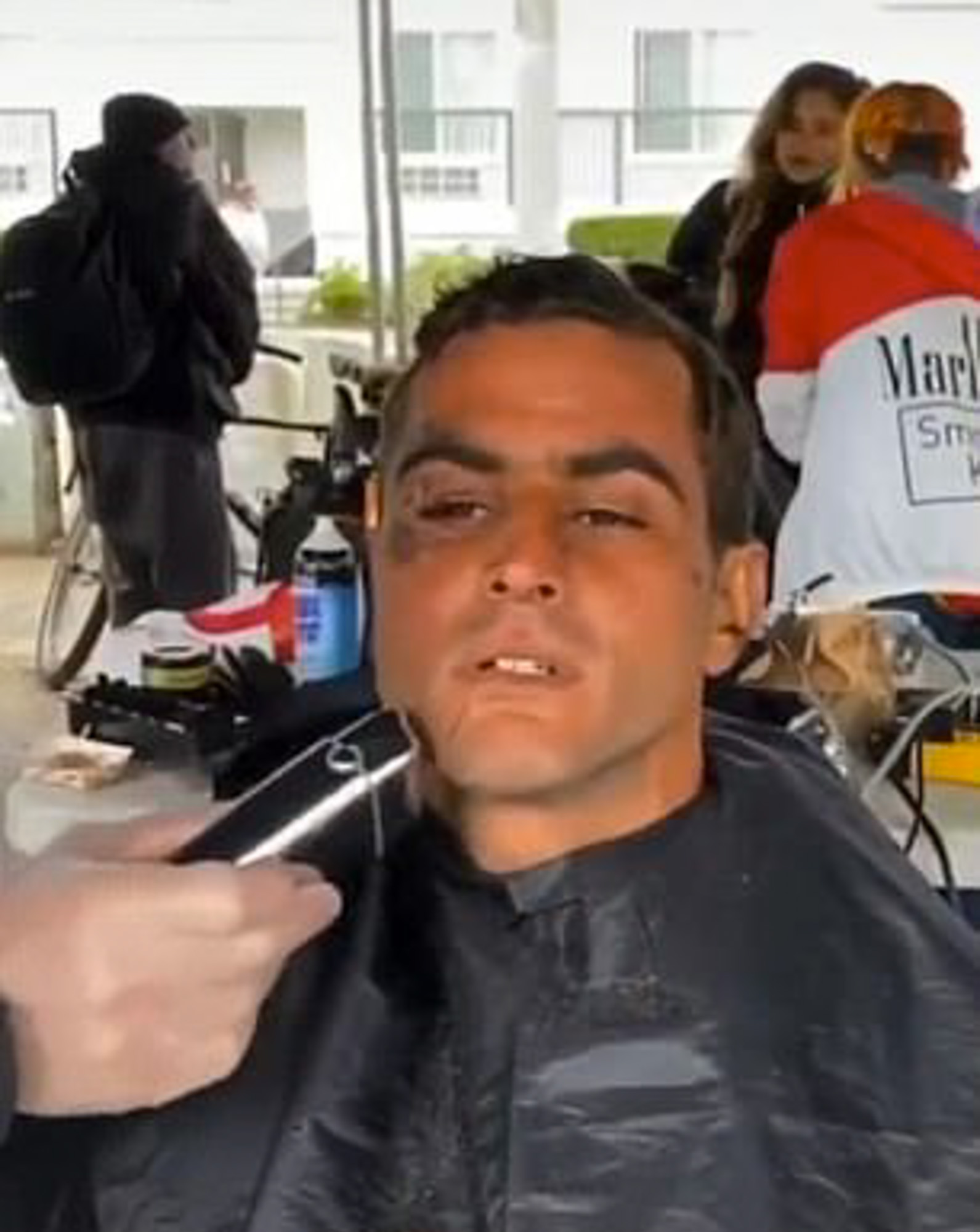 In the "before" shot, the unidentified man is first seen sitting outside under a tarp with a barber using clippers to cut his unkempt mane and facial hair as another person feeds him food.

The barber starts by close-cropping his long hair at the sides before continuing to work his way around the homeless man's head.

He uses an electric razor to cut crisp edges before shaving off the man's entire beard and bushy mustache. 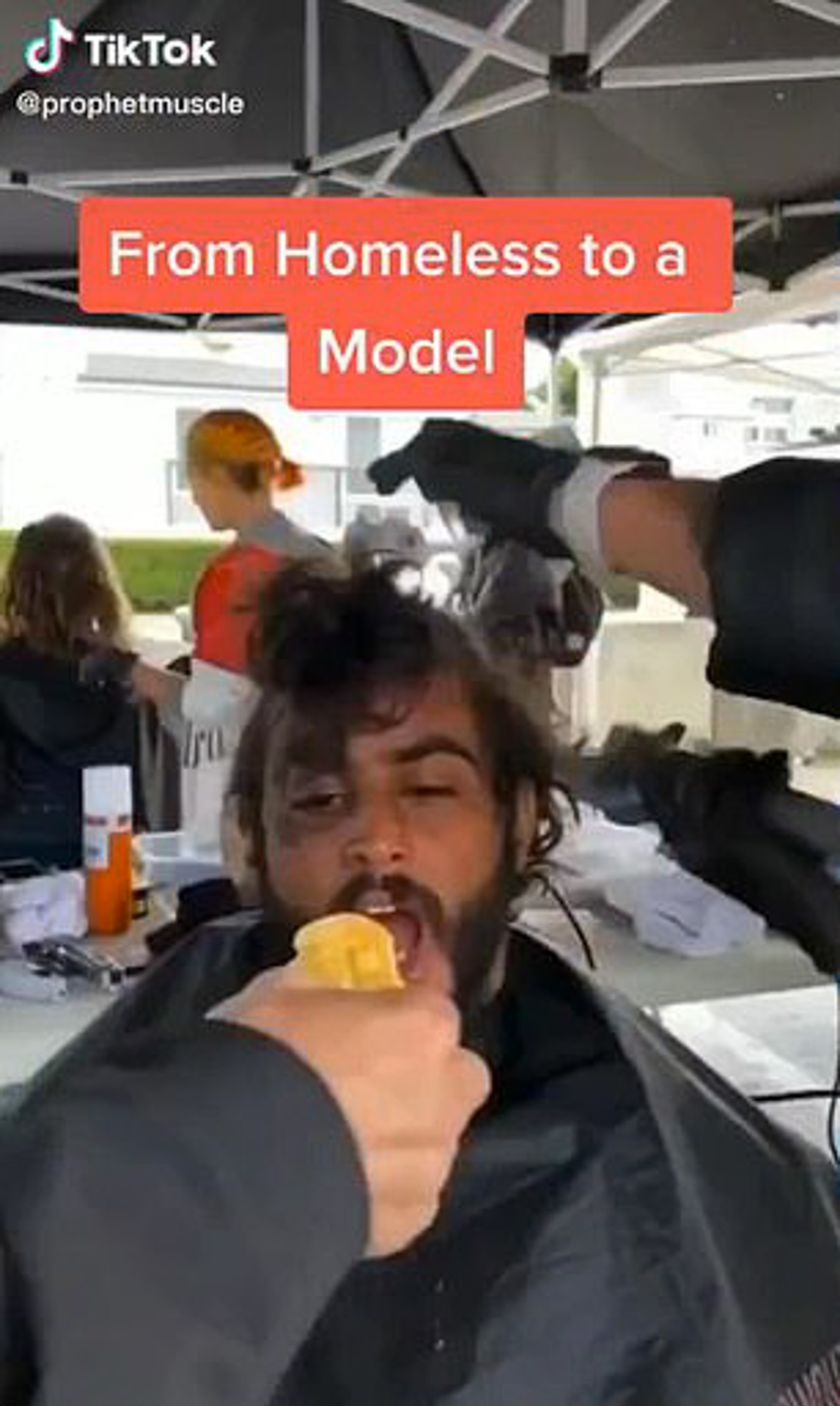 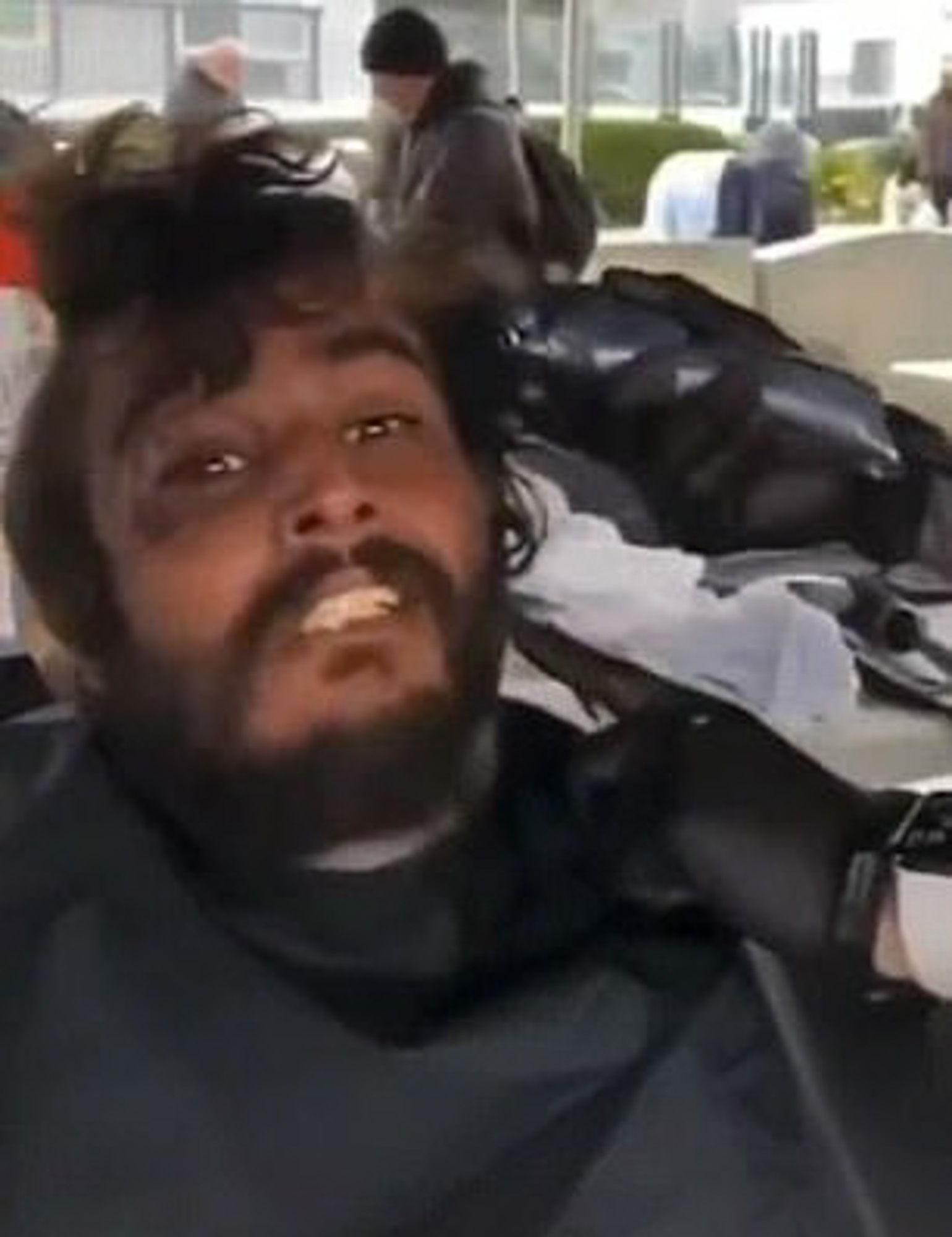 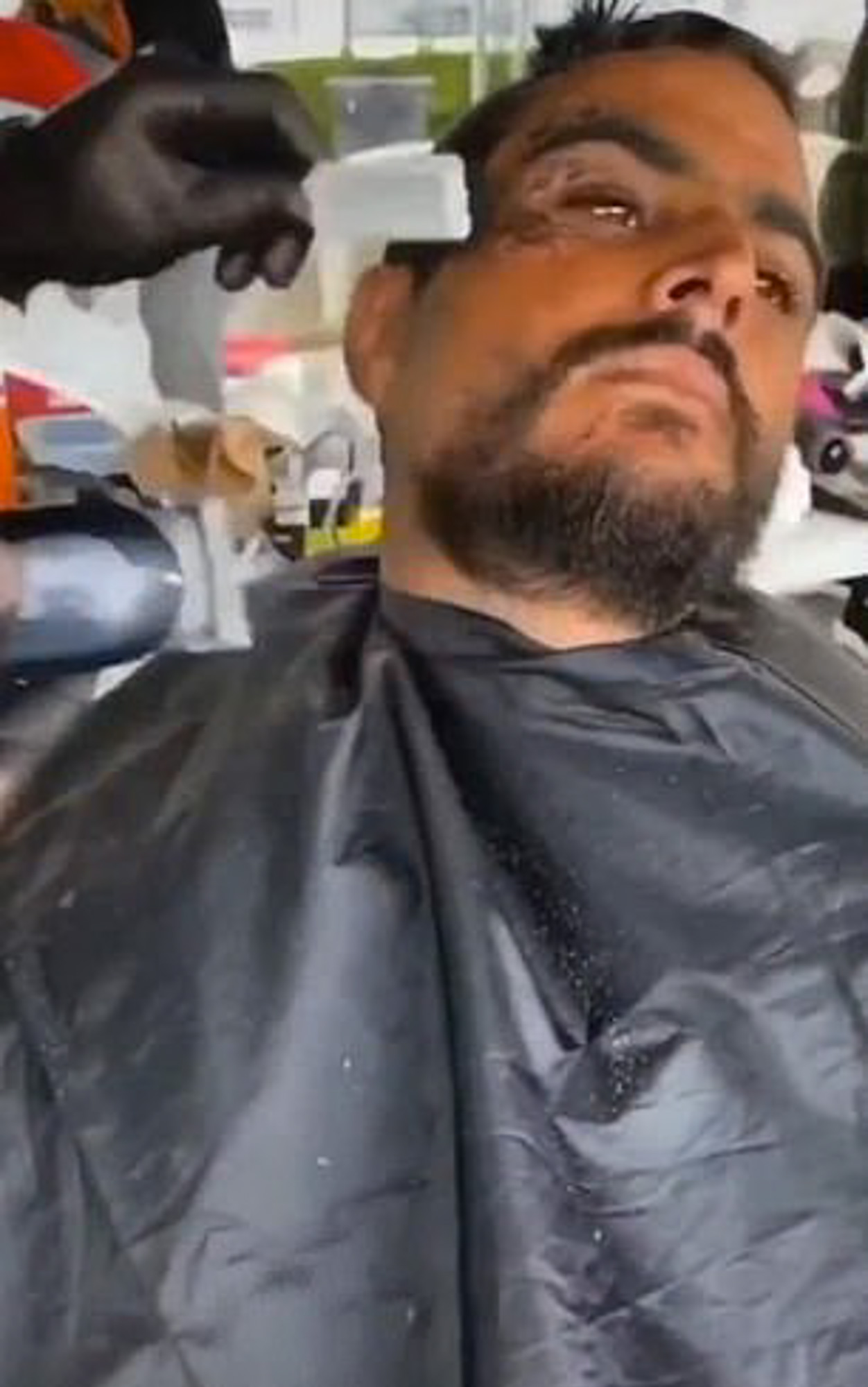 The footage then cuts to the "after" shot of the jaw-dropping physical transformation: his hair has been cut and styled into a modern faux-hawk, his face clean-shaven as he grins slightly.

"Wow, there's a face in there," a woman can be heard saying.

The newly made-over man admires himself in the mirror with a look of disbelief.

Another person helping to put the finishing touches on his look tells him he's a "good-looking dude" and urges him to quit drugs and get off the street.

"Show up for your life, bro. It's not too late. How old are you?" the man off-camera asks.

When asked the man getting a haircut says he's just 30, the other man replies that he's 34.

The 30-year-old admits he's addicted to meth, and to his surprise, the 34-year-old reveals he was once in a similar position before he got his life together. 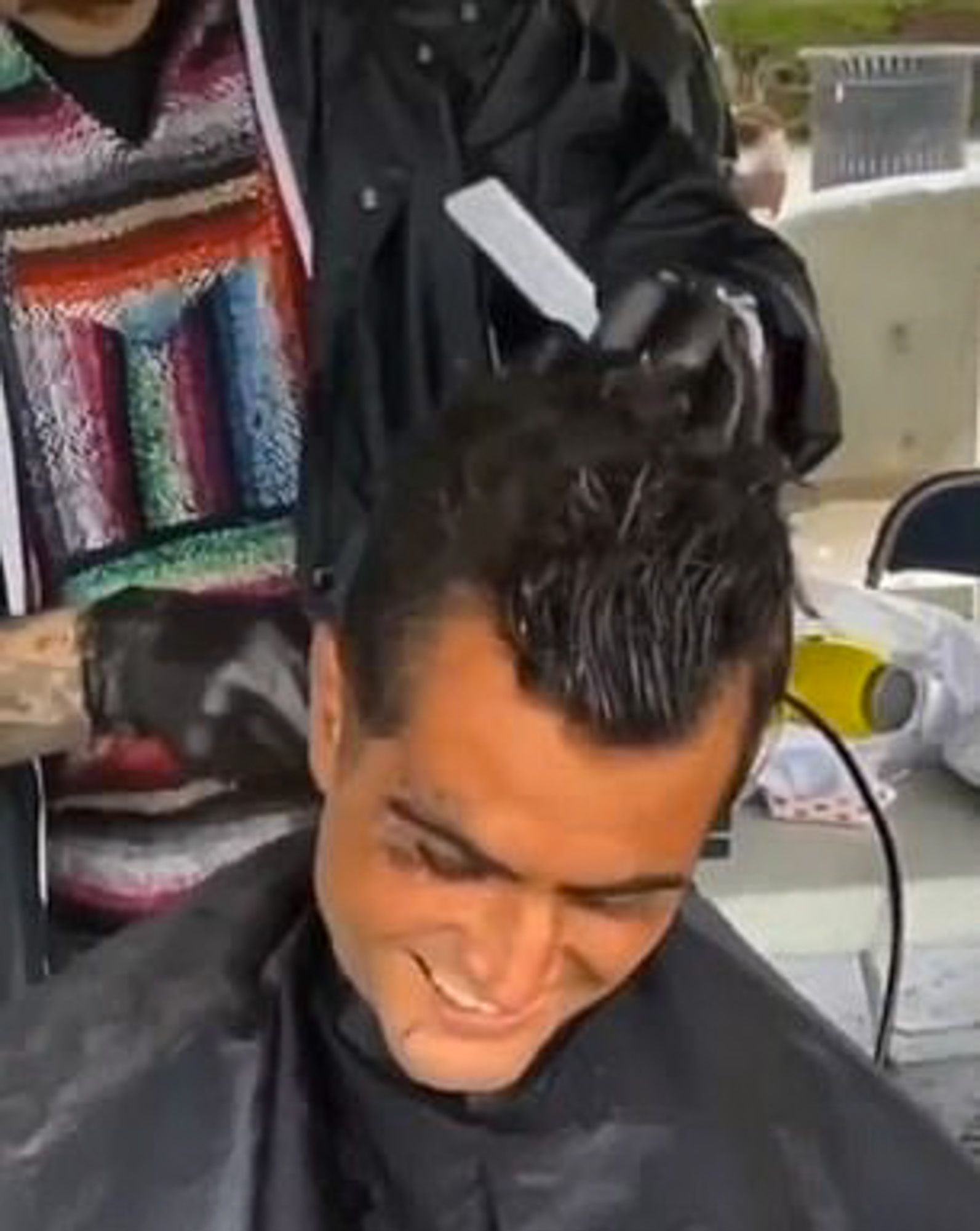 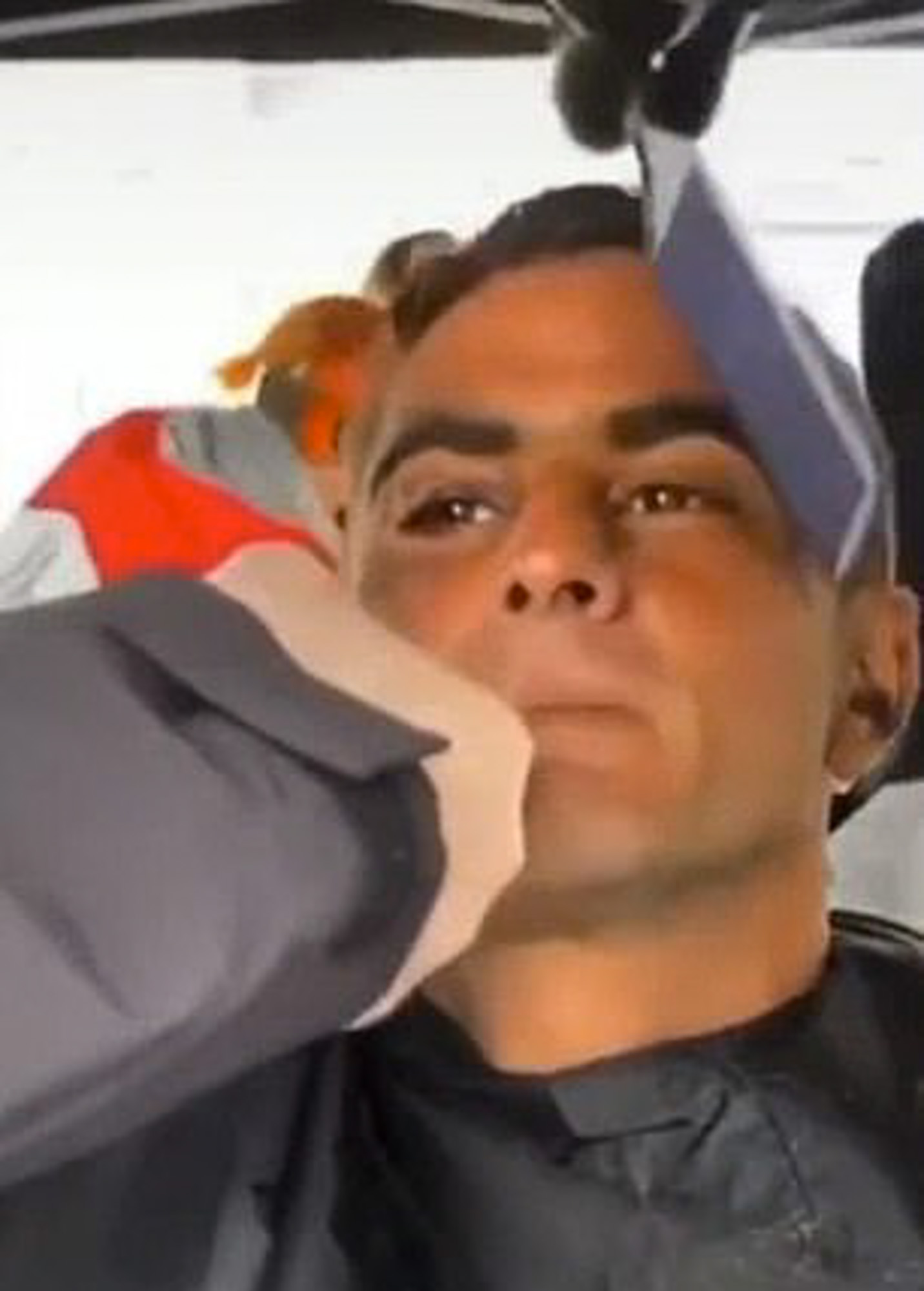 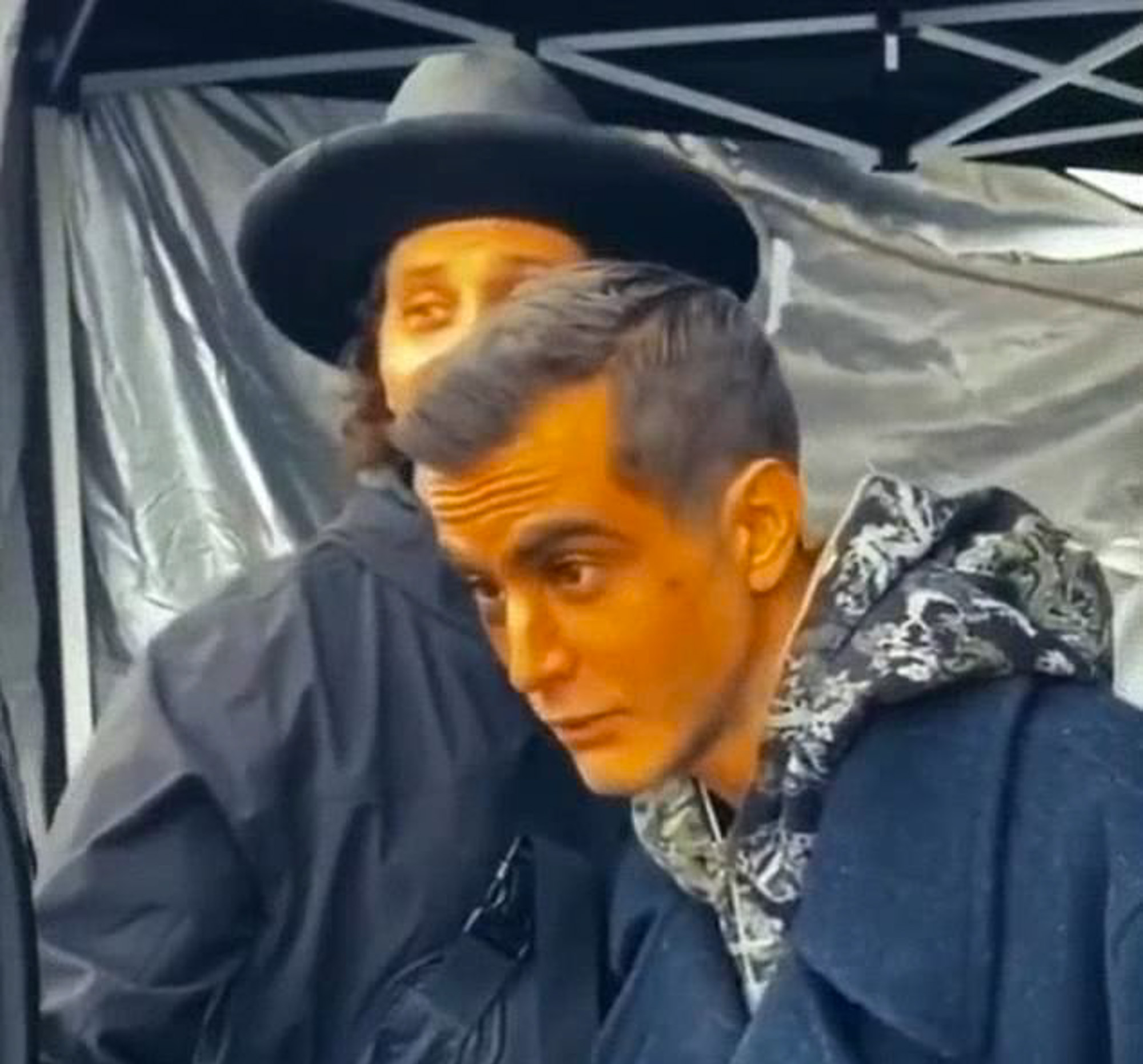 "I had nothing. I had warrants for my arrest, bad credit. I was 130 lbs, hooked on crack," the man said.

"And these last 15 years, I got married, got those two little kids right there," he says amid the sound of children laughing and playing.

He then promises to take the homeless man to group meetings to help him fight his addiction.

The heartwarming video has since gone viral, with more than 17.4 million views.