Washington: US Attorney-General William Barr has not been tested for COVID-19 despite meeting a week ago with Home Affairs Minister Peter Dutton, who has been diagnosed with the virus.

Dutton announced on Friday that he was in hospital in Brisbane after testing positive for coronavirus.

He was in Washington D.C. last week, where he met with Barr, President Donald Trump's daughter Ivanka and other White House officials about efforts to prevent online child exploitation and intelligence sharing. 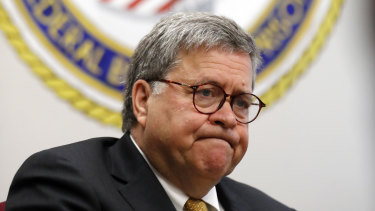 "The Attorney General is feeling great and not showing any symptoms," a US Department of Justice spokeswoman told The Sydney Morning Herald and The Age.

"He is staying home today and has consulted with CDC [the Centres for Disease Control and Prevention].

"CDC is not recommending he be tested at this point."

Ivanka Trump has not commented on whether she has been tested for the virus or is in self-quarantine after meeting Dutton. 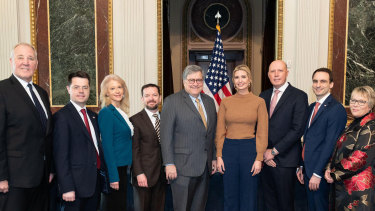 Home Affairs Minister Peter Dutton met with security ministers from the Five Eyes intelligence alliance in Washington. While there he met US Attorney General William Barr and Ivanka Trump at the White House.

New Zealand's Internal Affairs Minister Tracey Martin said she would self-isolate and get tested after she met Dutton in the US.

Prime Minister Scott Morrison said he would not be tested for the virus despite meeting with Dutton during a cabinet meeting in Sydney on Tuesday.

"In advice provided to the Prime Minister this evening, the deputy Chief Medical Officer has reiterated that only people who had close contact with the minister in the preceding 24 hours before he became symptomatic need to self-isolate," Morrison's office said.

"That does not include the Prime Minister or any other members of the cabinet."

In a statement on Friday afternoon Dutton said he had woken with a temperature and sore throat earlier in the day.

"I immediately contacted the Queensland Department of Health and was subsequently tested for COVID-19," he said.

"I was advised by Queensland Health this afternoon that the test had returned positive.

"It is the policy of Queensland Health that anyone who tests positive is to be admitted into hospital and I have complied with their advice.

"I feel fine and will provide an update in due course."