Heartbroken husband of healthcare worker, 47, who died just days before new Covid vaccine was approved asked doctors if it could save her life but was told it was too late

A healthcare worker who died two days after a new coronavirus vaccine became available was told it was too late for her to take the life-saving jab.

Healthcare assistant Adela Baldwin-White, 47, from Grimsby, died in an intensive care unit on Thursday after her condition rapidly worsened in a matter of days.

Two days before she died, news of the Pfizer vaccine’s approval by the English regulator came through and her husband asked doctors if she could have it.

But they told him it was too late.

The first batches will be administered on Tuesday, with healthcare workers, particularly those working in care homes, due to be at the front of the queue. 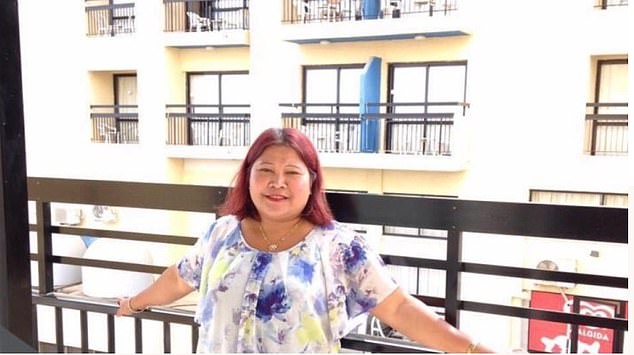 Healthcare assistant Adela Baldwin-White (pictured), 47, from Grimsby, died in an intensive care unit on Thursday after her condition rapidly worsened in a matter of days

Her husband Lawrence Baldwin-White, 65, said he wished his wife had been able to take the vaccine before she got ill.

Mr and Mrs Baldwin-White met in 2004 in Cyprus, where she was working as a carer and he was visiting for a holiday.

After a whirlwind romance, he returned six months later and they married, moving to the UK together shortly after.

Before she caught Covid-19, Mrs Baldwin-White had been working in a rehabilitation unit for mental health trust Navigo, while also working shifts in care homes.

Originally from the Philippines, she was hugely popular with colleagues and earned a reputation as a ‘caring’ and ‘irreplaceable’ worker who ‘just inspired everyone’. 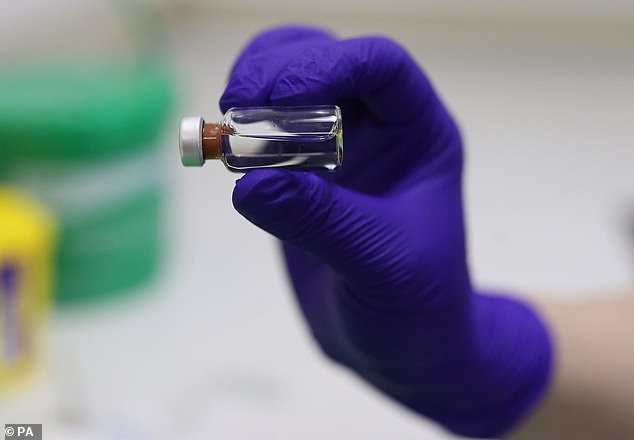 Two days before she died, news of the Pfizer vaccine’s approval by the English regulator came through. Stock picture

‘She’s just a great person and she puts everyone else first,’ Mr Baldwin-White told the PA news agency.

‘Even when she went into hospital… she was still looking out for people instead of resting and trying to help other people,’ he said.

A GoFundMe campaign set up by a former colleague of Mrs Baldwin-White has already raised more than £2,000 to help pay for her funeral, and was flooded with messages from people who knew and worked with her.

‘The messages just keep coming in every minute, constantly, with the support,’ said her son Eric Plando, 25, who also works for Navigo as a nursing assistant.

‘Everyone’s supported us so much that it’s brought happiness in these times of trouble.’

Navigo said the news was ‘devastating’, calling Mrs Baldwin-White ‘a larger than life character, described fondly as a ‘pocket rocket’, someone staff could confide in and who was always there for others’.

‘Adela is irreplaceable within our work family and she will be so sadly missed by all who knew her,’ the trust added.

Mr Plando, a nursing assistant, said he had been inspired to enter healthcare by his mother’s example, adding: ‘She was such a caring woman and I think she gave me that.

‘It was just natural that I would go in to some kind of caring role, I think.’

He urged people to remain vigilant of the virus despite the hope offered by the vaccine.

‘Definitely take it seriously. It’s no joke. I’ve had Covid, it’s not good. My breathing was affected but thankfully I recovered,’ Mr Plando told PA.

One in five people in Britain have expressed lack of confidence that the newly-approved Pfizer/BioNTech vaccine is safe, according to a recent YouGov poll.

However, Mr Plando said: ‘With regards to the Government, they know what they’re doing, they’ve got the best of the best. The scientists, they’ve done their research.

‘Personally, I would take the vaccine, because I trust the Government, I trust the scientists behind it. That’s just me. That’s my opinion and what I want to do.’