The first case of coronavirus has been diagnosed in Northern Ireland, it is understood.

The adult patient had been in Italy and travelled north from Dublin in the Republic of Ireland, chief medical officer Dr Michael McBride said.

The positive result has been sent to Public Health England laboratories for verification.

The individual acted appropriately in reporting concerns to the health authorities but those most at risk who were in close proximity are being traced and checked, Dr McBride added. 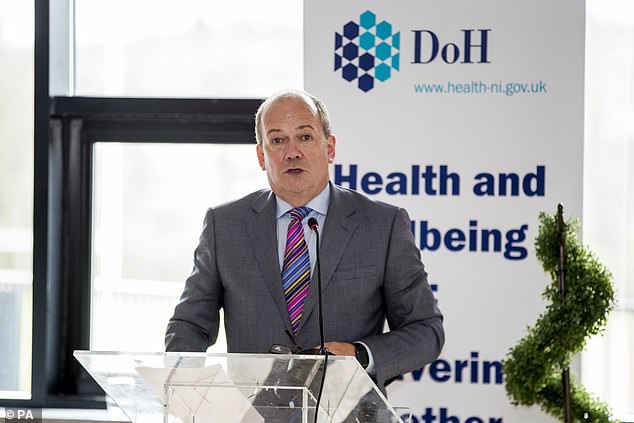 The senior official said: ‘The risk to the rest of the population is low.’

A special unit has been established at the Royal Victoria Hospital in Belfast for isolating those suffering from the virus but the health authorities were unable to confirm where the individual is being treated.

Dr McBride added: ‘We have been planning for the first positive case in Northern Ireland and have made clear that it was a question of when not if.

‘We have robust infection control measures in place which enable us to respond immediately.

‘Our health service is used to managing infections and would assure the public that we are prepared.

‘Our advice to the public remains the same.

‘Members of the public who have visited affected regions and have symptoms are advised to self-isolate at home and contact their GP in the first instance.

‘Advice will then be given on next steps, including testing if required.’ 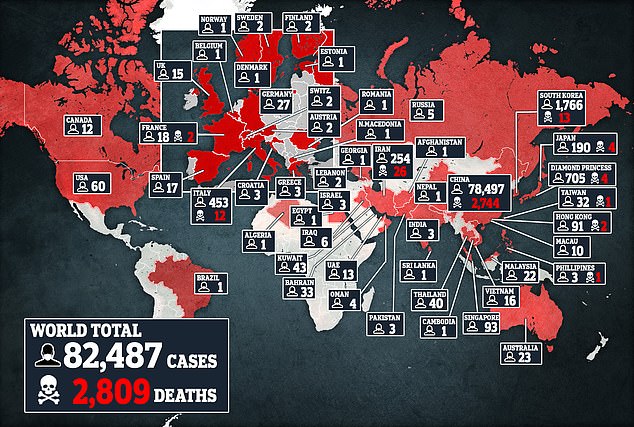 It comes as a Derbyshire town went into lockdown today as a GP surgery shut, a primary school closed and residents were left too afraid to visit the shops because of a confirmed coronavirus case.

The unidentified patient is believed to have a child at Burbage Primary School in Buxton, whose headteacher today announced it had shut for a ‘deep clean’ because one of the ‘parent population’ was infected.

It’s thought they stayed at the four-star H10 Costa Adeje Palace Hotel in Tenerife, where hundreds of holidaymakers – including 160 Britons – are currently being quarantined because of an outbreak of the deadly coronavirus.

It comes as another man from Derbyshire stuck in the same resort warned none of the Brits trapped in the seafront hotel ‘feel safe’.

Others earlier begged Prime Minister Boris Johnson to rescue them in a ‘Wuhan-style’ evacuation.