A WRINKLY sphynx cat has built a huge fan base on the internet thanks to his unique appearance.

Six-year-old, Xherdan, from Rüti, Switzerland, is covered in wrinkles from head to toe, leaving his fans comparing him to different animals and objects. 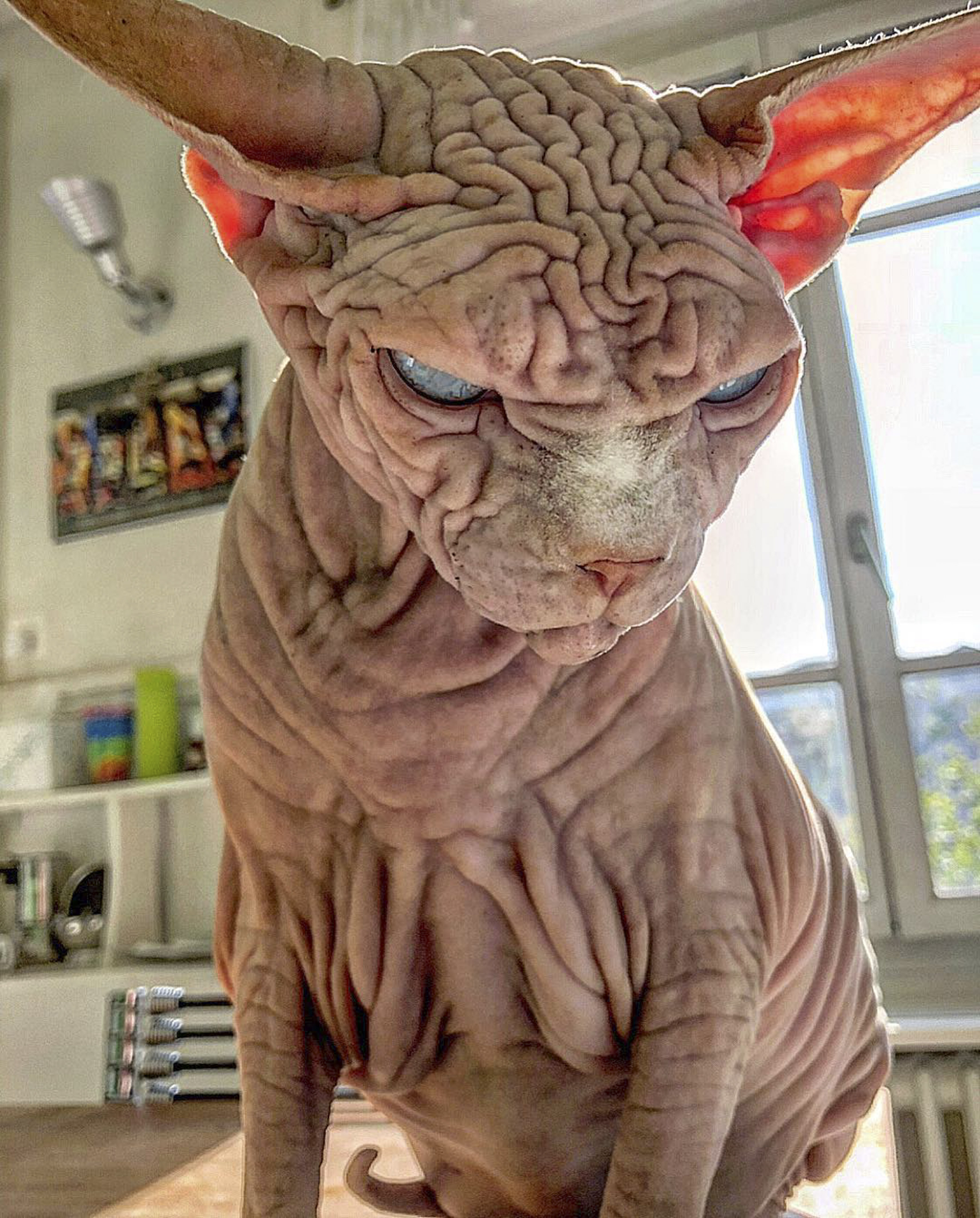 Xherdan is also well-known for his angry little frown and his cold, unforgiving blue eyes, but owner Sandra Filippi, 47, says he’s a sweet cat who loves to sleep and "talk".

Sandra said: “When I first saw him, he immediately stole my heart.

“His wrinkled pink skin, as fine as a peach, and his turquoise eyes, I was in love!

“He has had this many wrinkles since the day he was born.

“Xherdan is a very active cat and he talks a great deal, in all pitches, when he is excited, when he is hungry, when he plays or while cuddling and falling asleep, he is like a child and his character is very lovely.”

Sandra says that when they first meet him, people are intimidated by how he looks like a really angry, old granddad, but unlike his utterly terrifying exterior might suggest, his playful and charming nature always wins them over.

Others have compared him to a caterpillar, an alien, a brain, a vampire, a walnut, raw mince, the devourer of souls, albino Yoda, someone's nan, ET, whatever creature last crawled out of the deepest circle of hell, and a dumpling.

Sandra said: “Most people are a little bit scared of Xherdan at first, but then when they meet him they love him!”

Xherdan, like most Sphynx cats, requires a lot of care to stay healthy and happy. 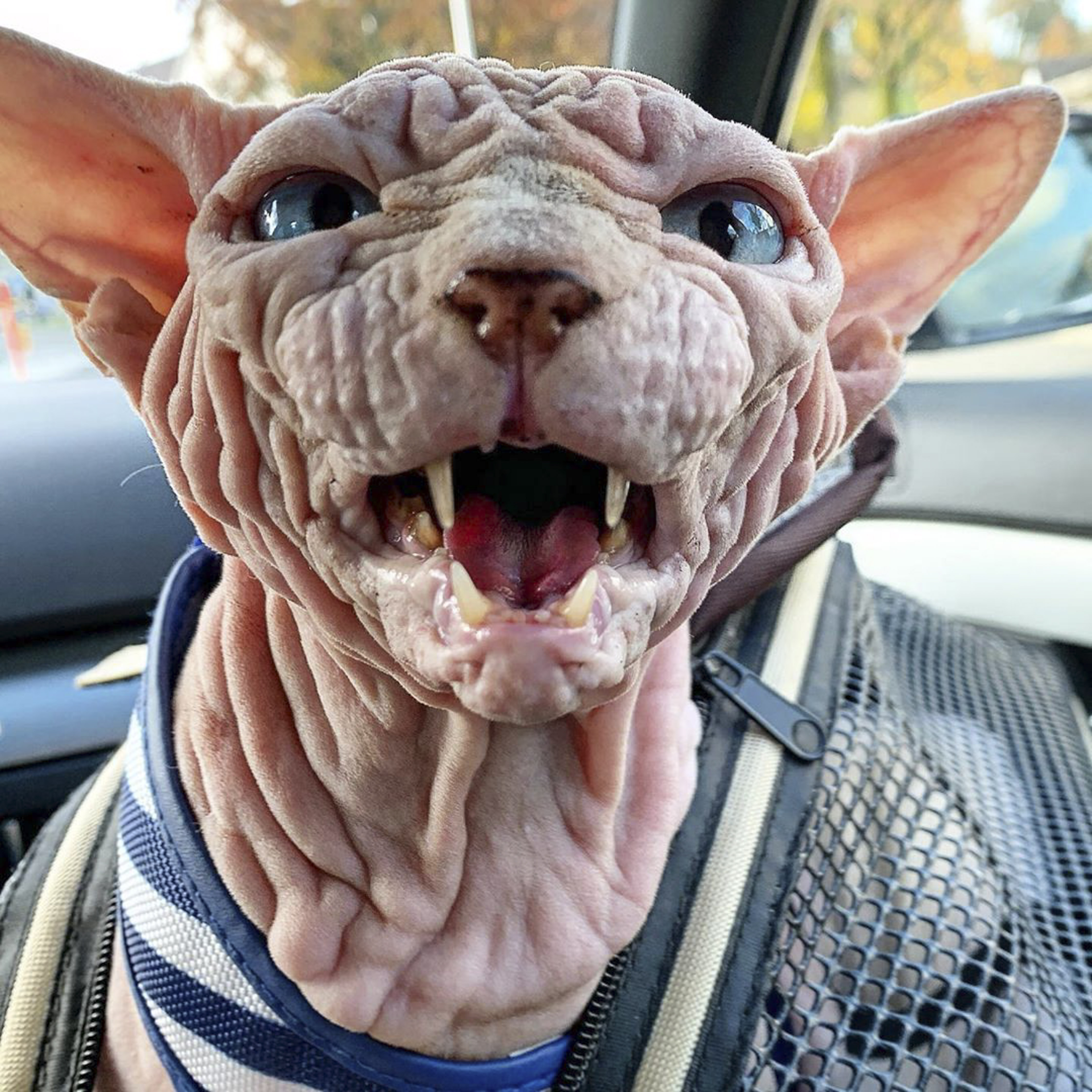 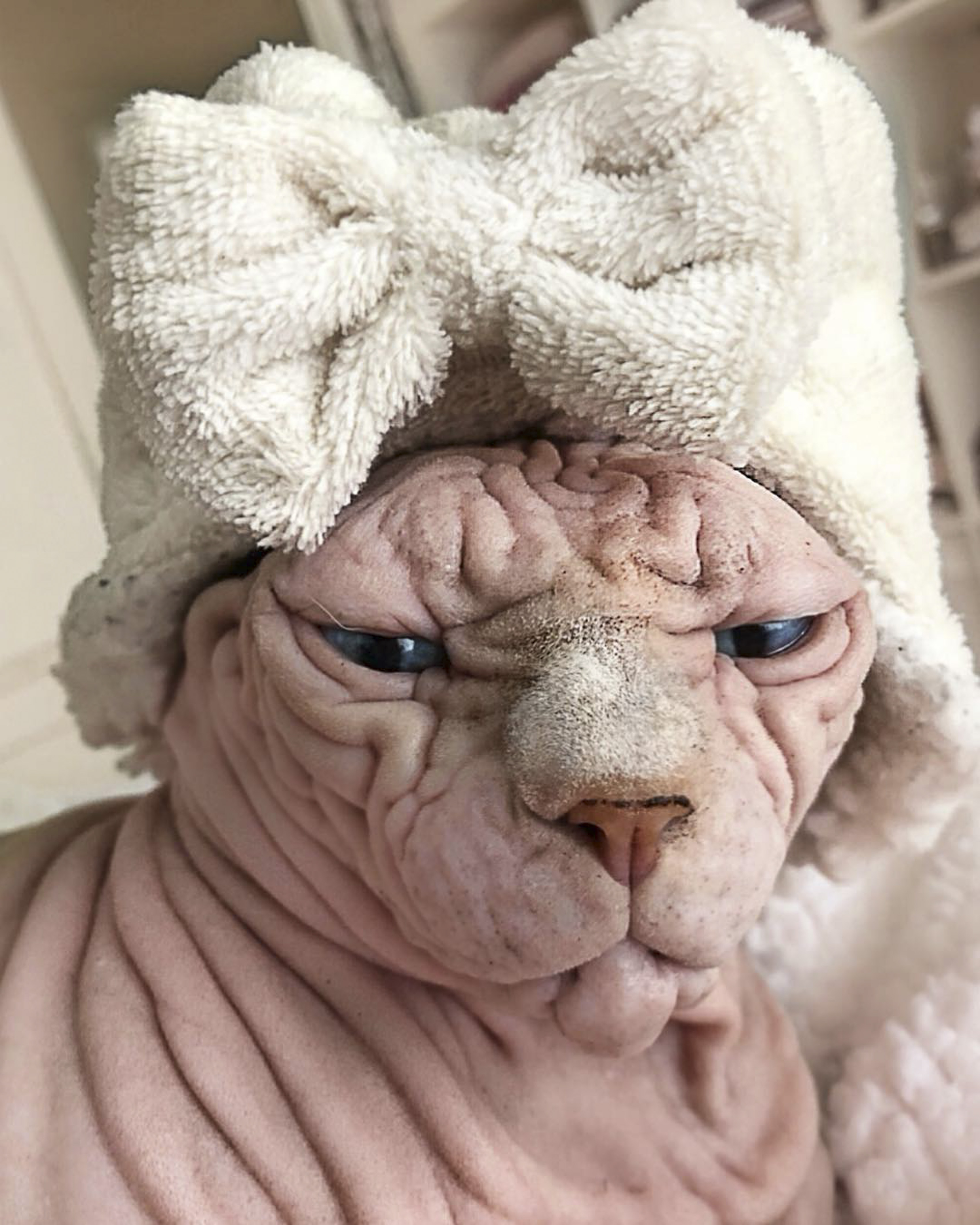 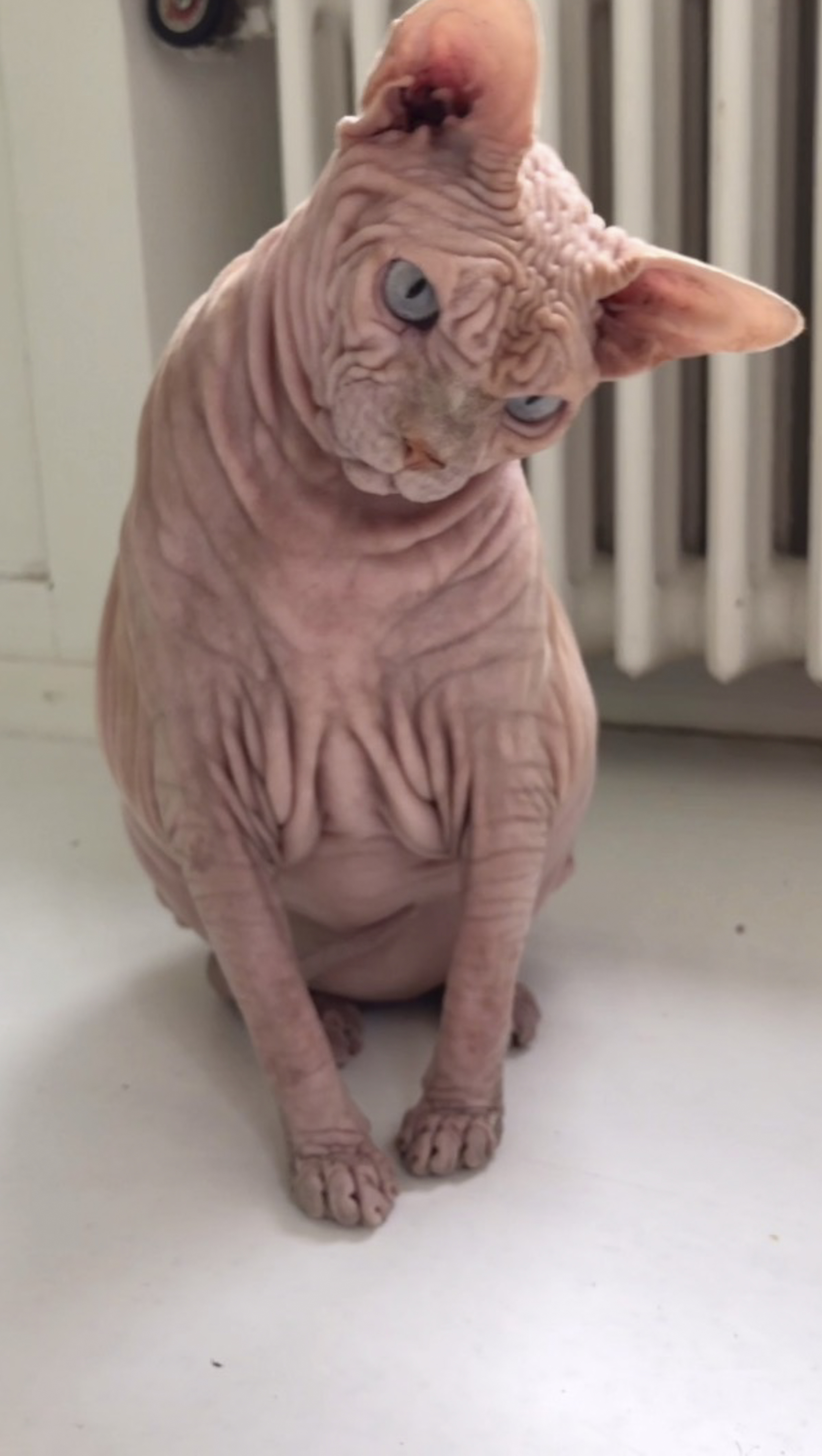 Sandra said: “I regularly clean his eyes, ears and feet, even the claws I have to cut.

“Sphynxes take up a lot of time, they always want to be where their humans are, that should not be underestimated.

“Xherdy makes me and other people laugh, no matter in what moments, and that’s the most beautiful thing there is. 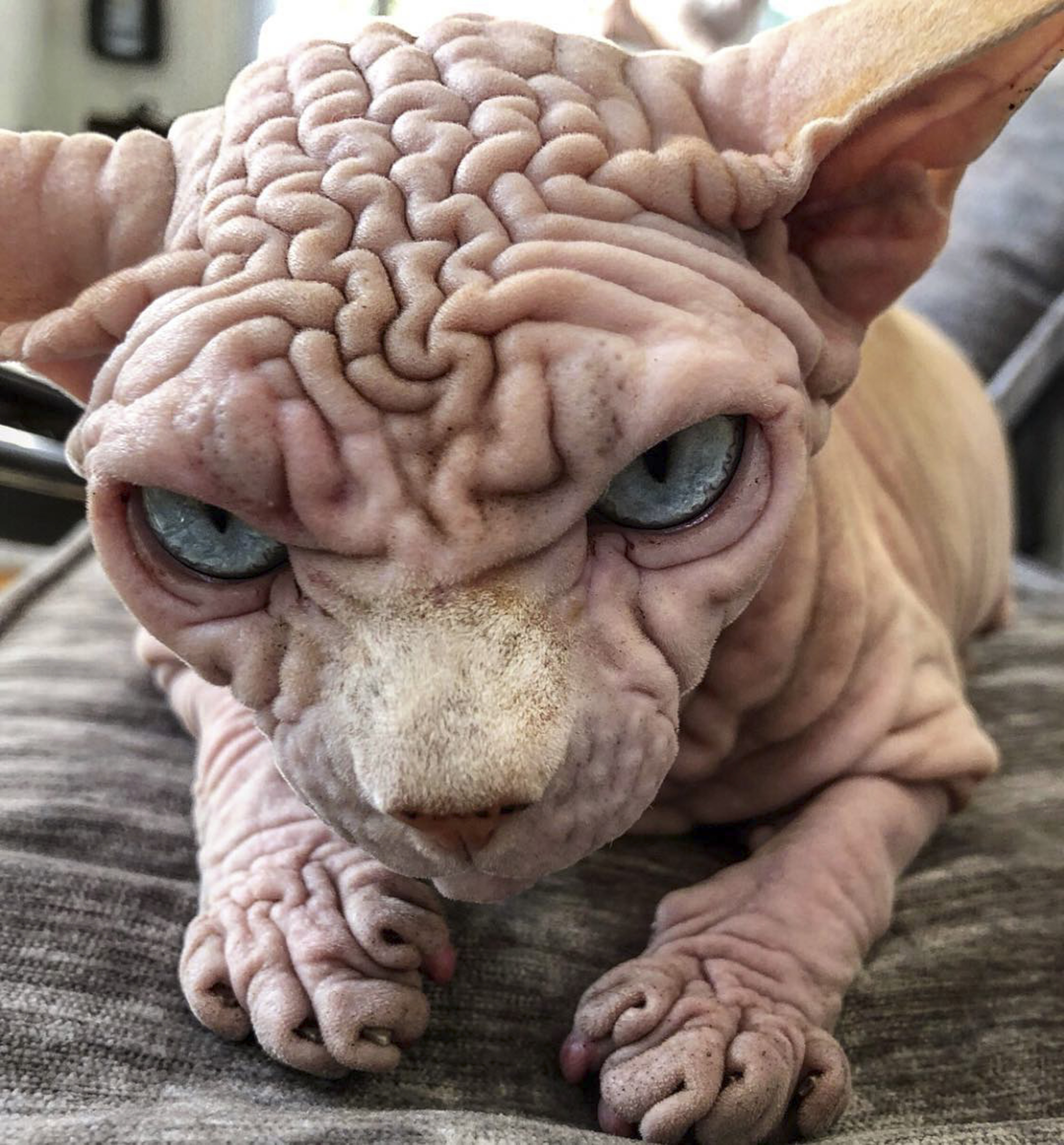 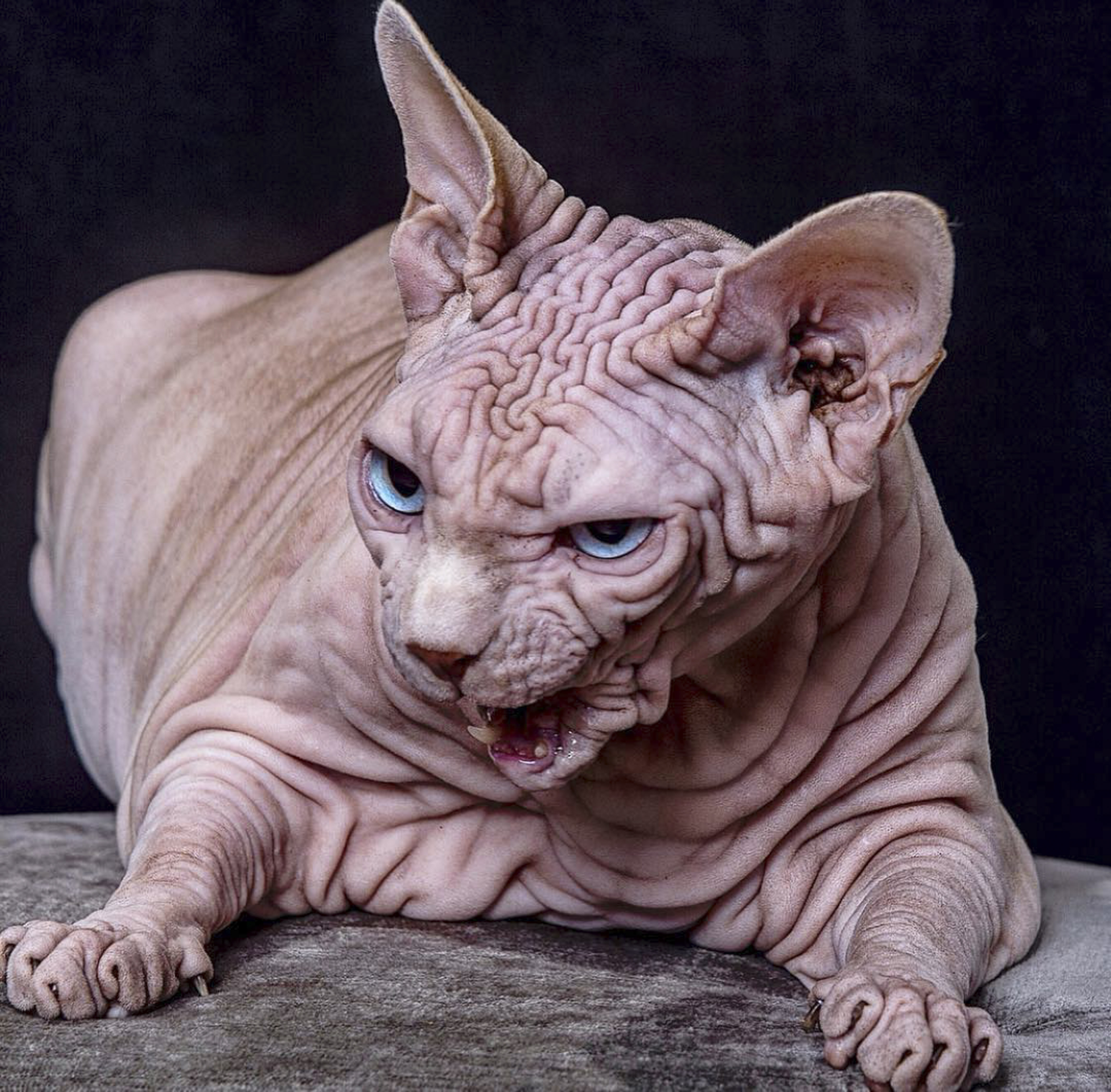 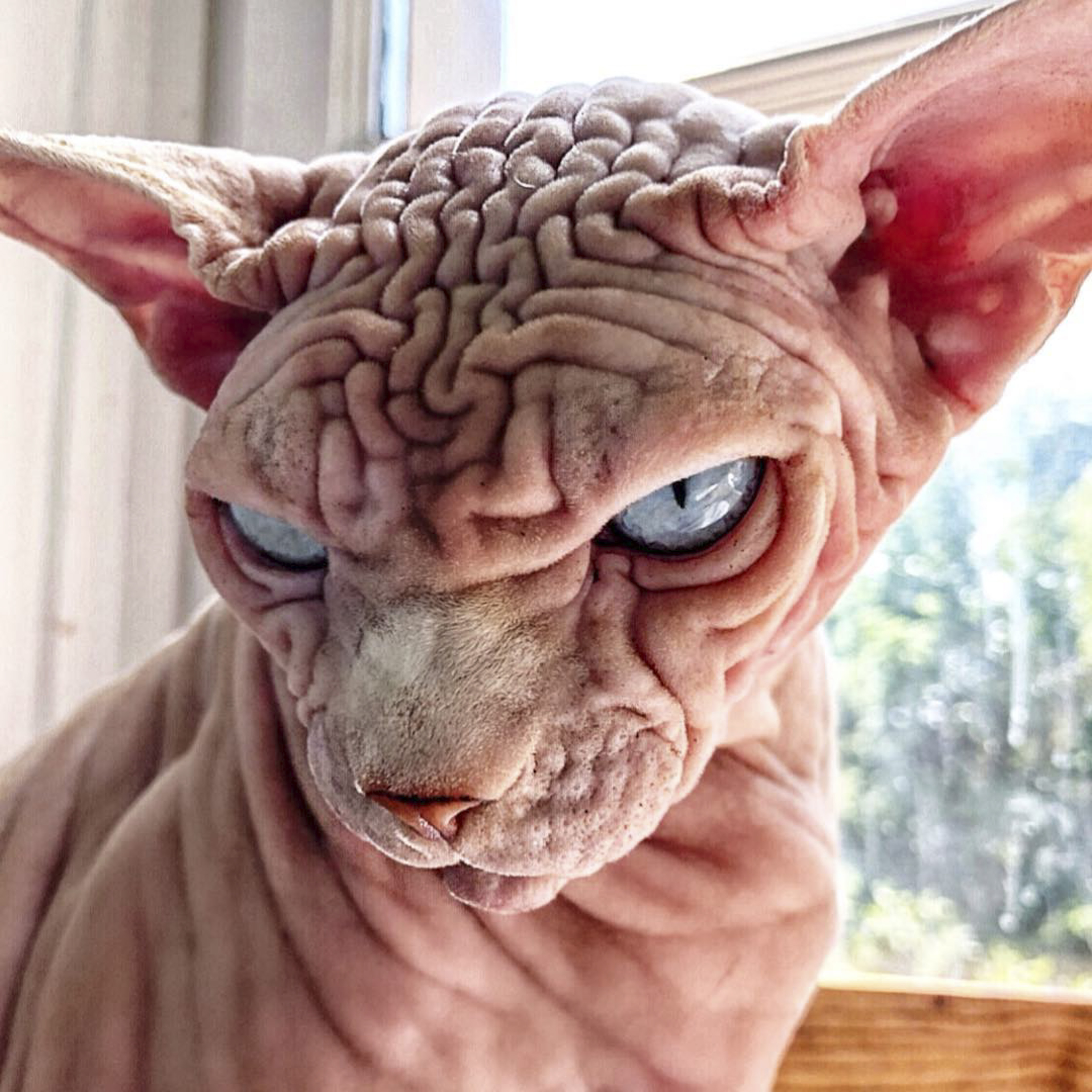 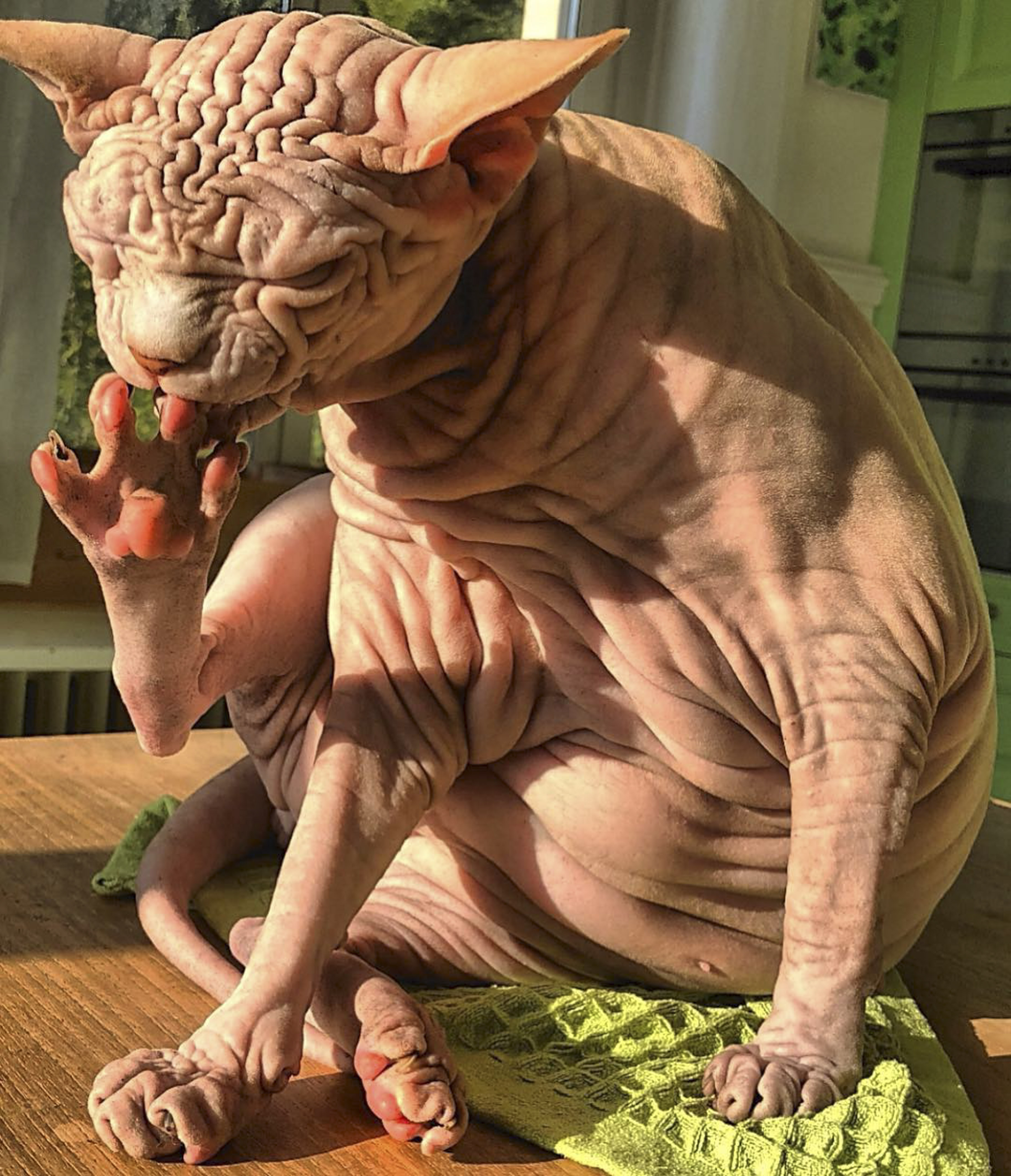 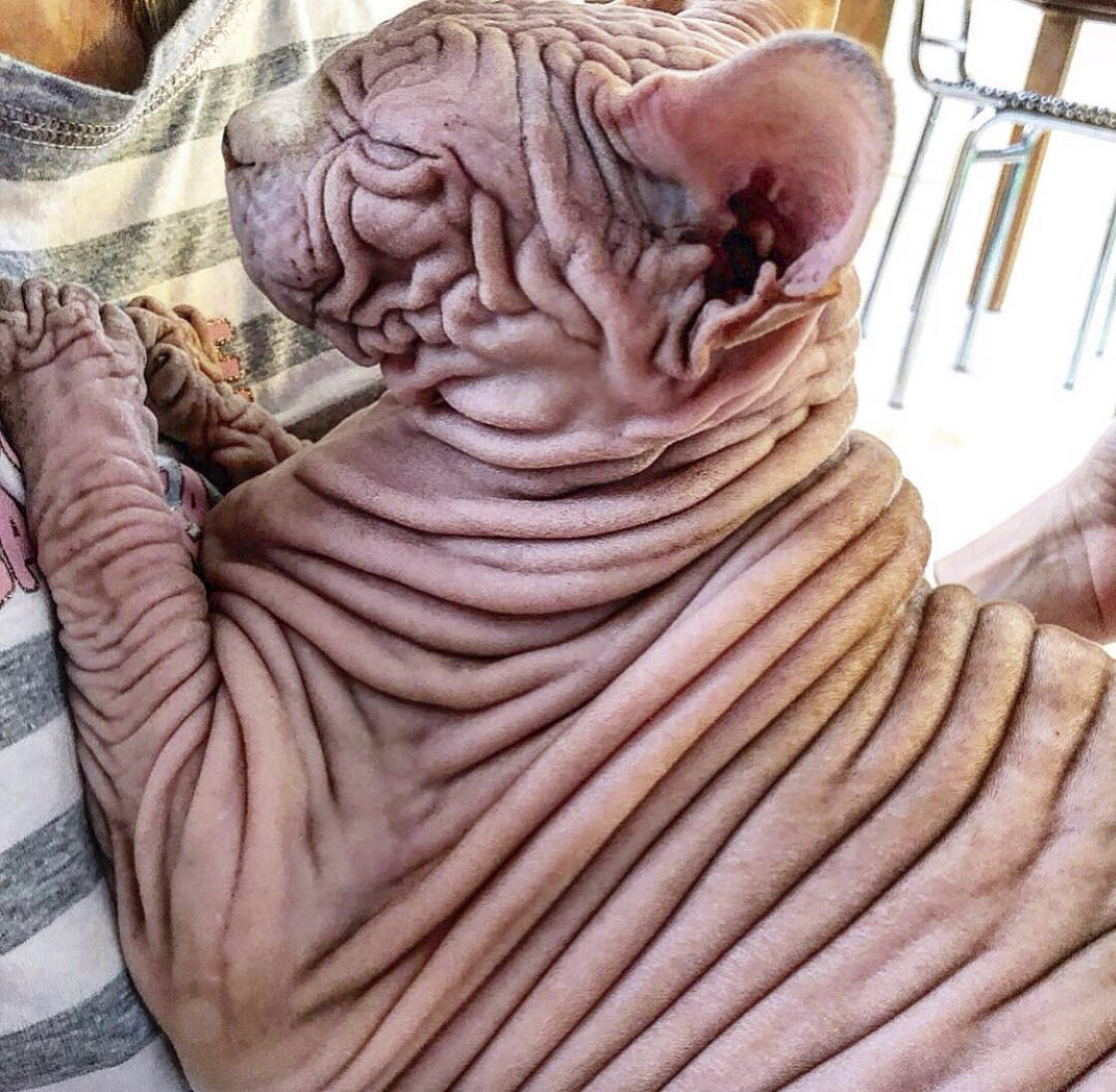 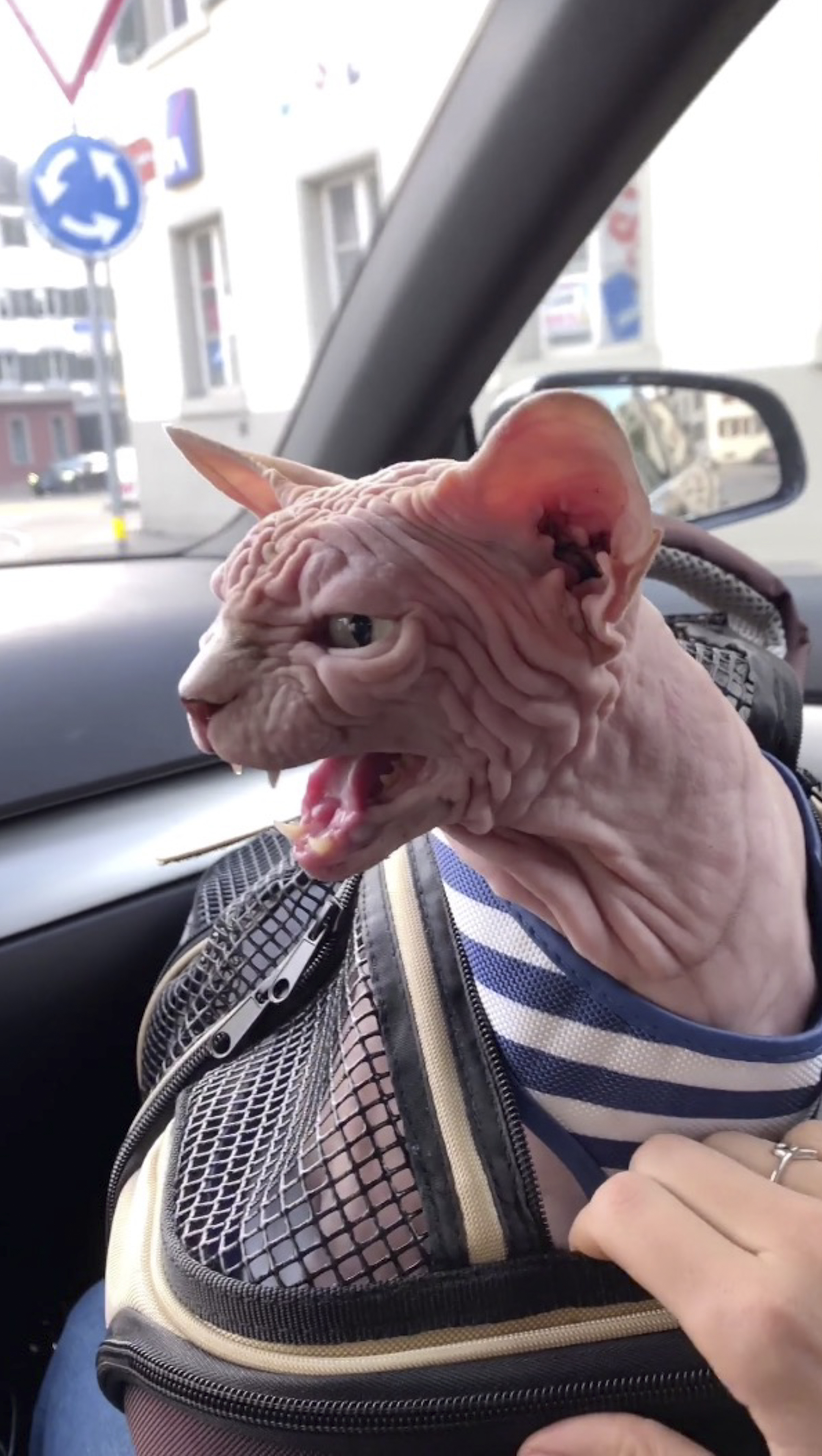 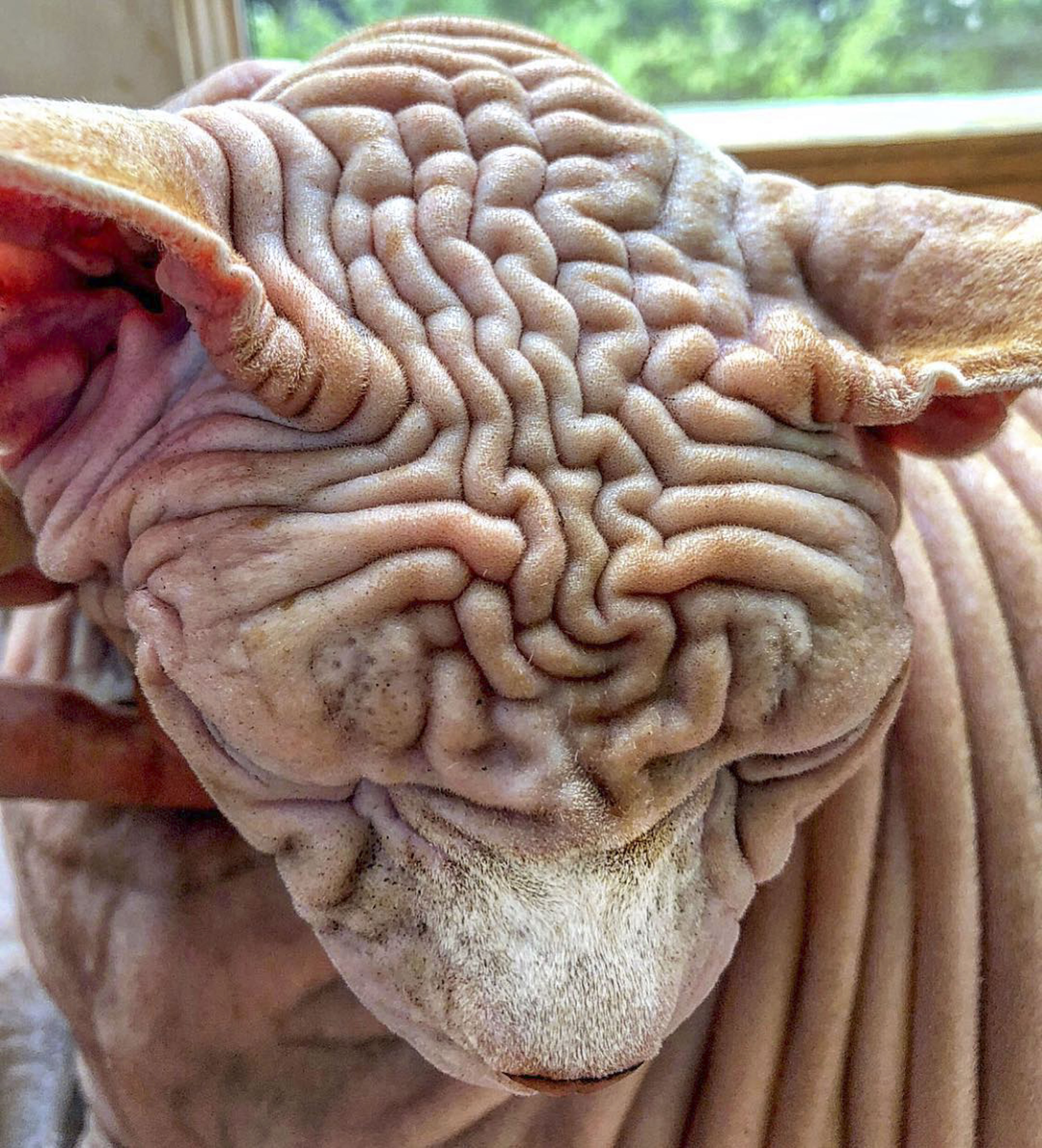