KIM Jong-un was all smiles as he put on a public show of social distancing – weeks after it was claimed he had gone into hiding amid the coronavirus crisis.

The North Korean leader ensured he was a good two metres away from fellow members of the powerful 7th Central Committee of the Workers' Party. 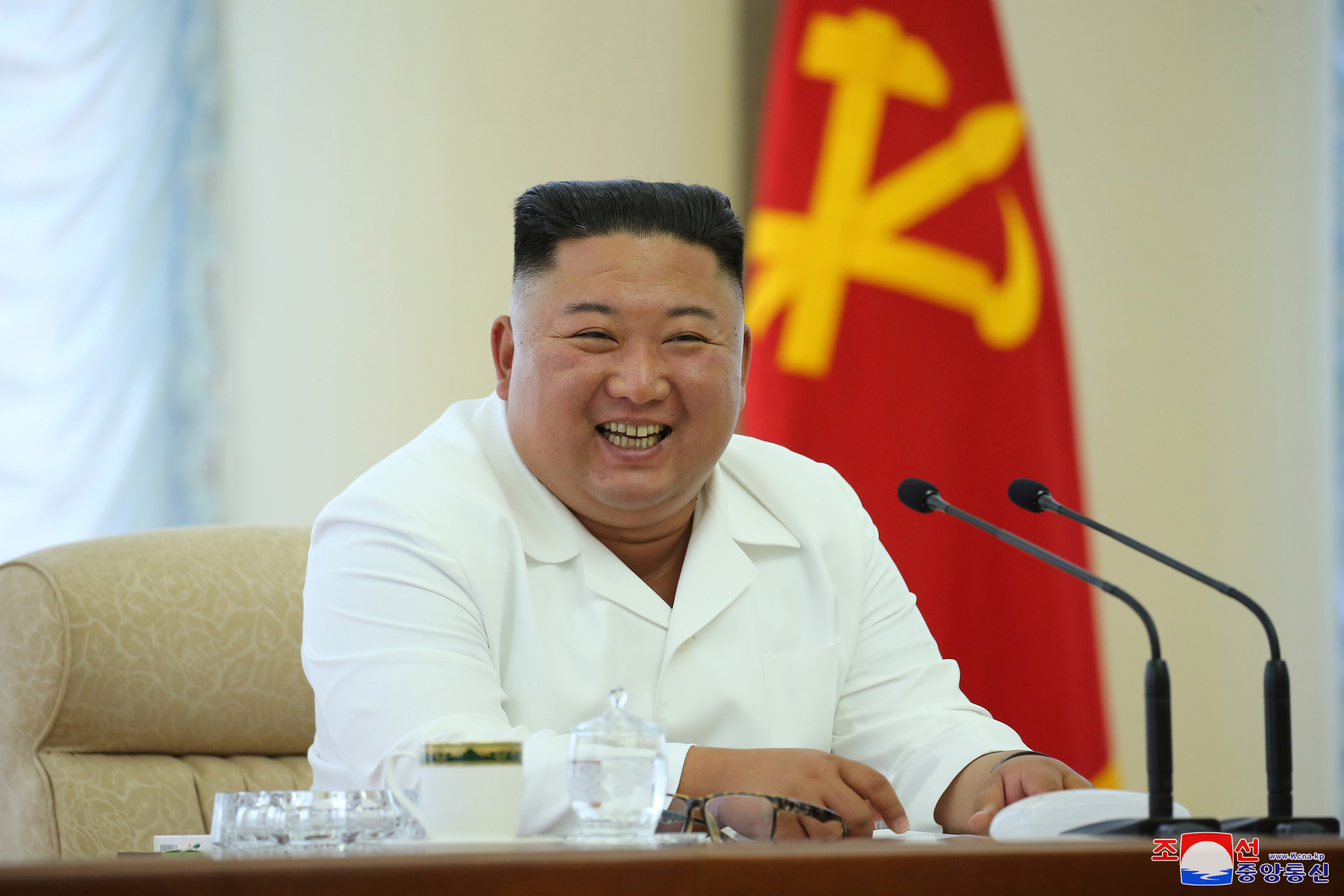 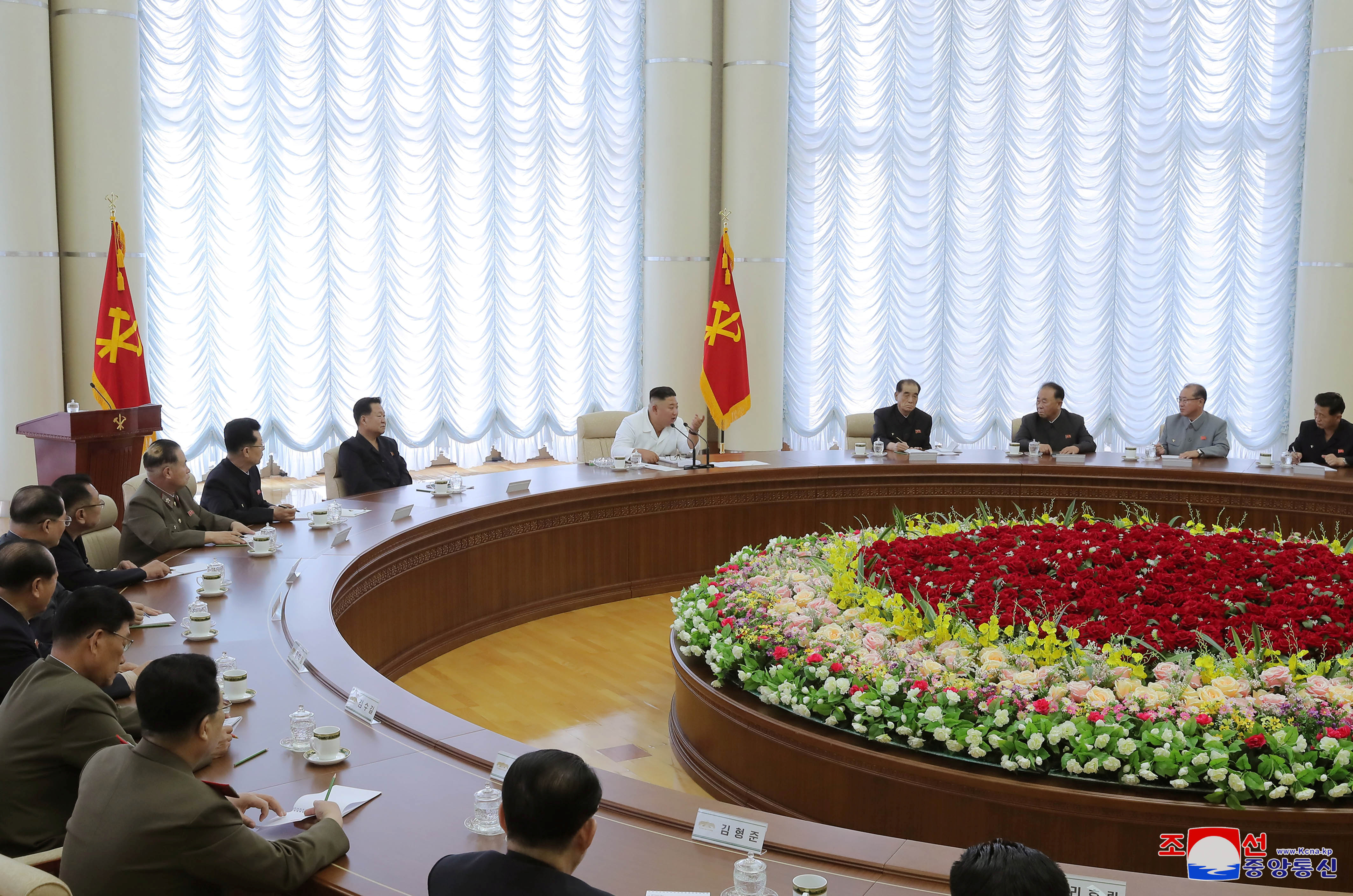 However, the others assembled for the top-level meeting in Pyongyang were forced to cram next to each other around a giant circular table.

Images showed the chairs either side of the Glorious Leader appeared to have been removed to ensure he was kept at a safe distance.

And the despot seemed in fine form as he beamed for the cameras in images later released by the state media machine.

Deluded Kim has gone AWOL multiple times in the last three months sparking rumours he had either died or was recovering from a life-saving heart op.

Others claimed some of is elite inner circle had contracted the killer virus, prompting his flight from the capital into seclusion. 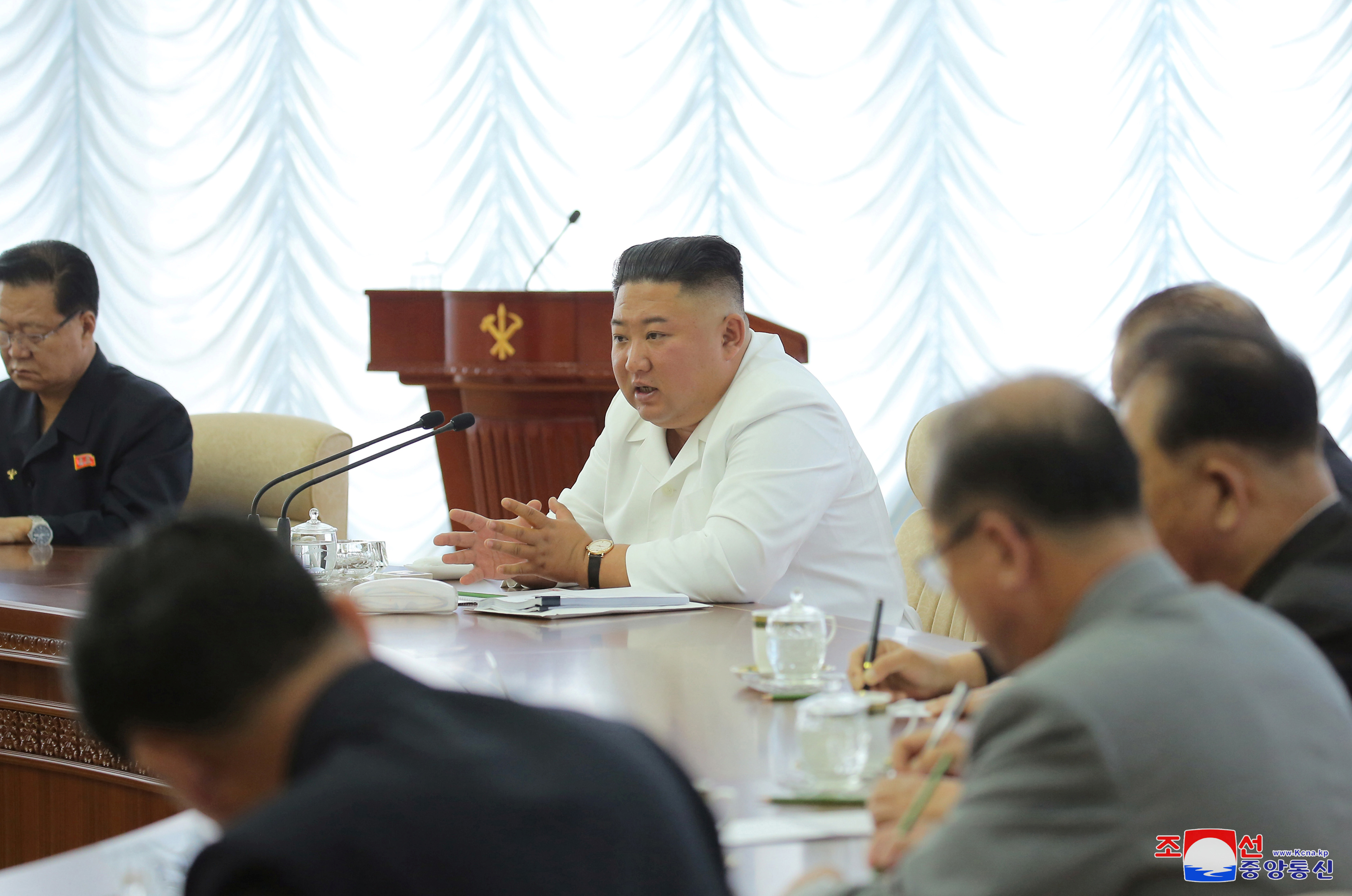 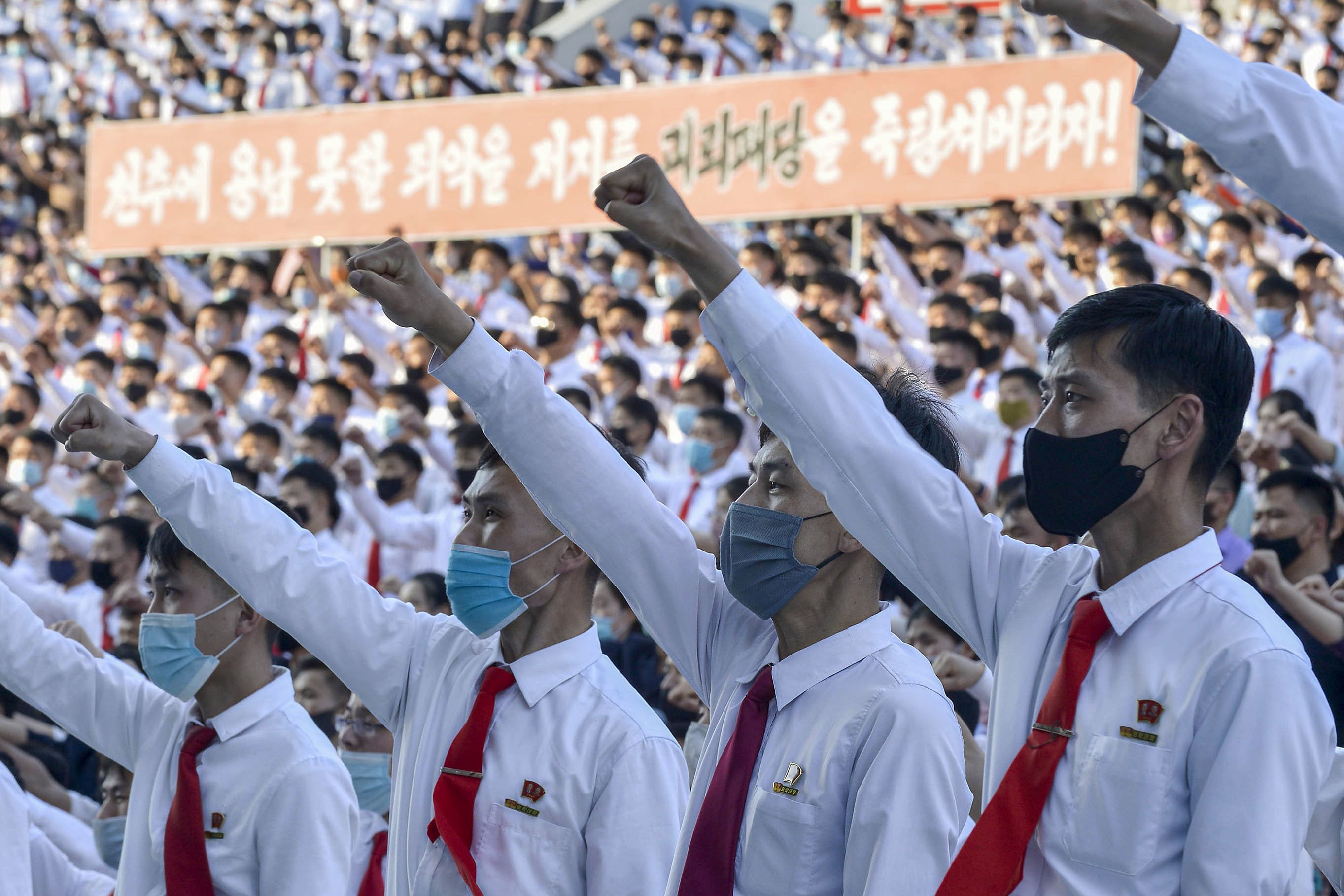 The Sun Online told how it was reported he had fled to an exclusive beach resort after those around him tested positive for Covid-19.

The paranoid dictator was said to have fled the capital Pyongyang on his private train and headed to Wonsan-Kalma peninsula where he has a private villa compound.

Kim, who is believed to be 36, opted to head to the Wonsan-Kalma peninsula, on the east coast of the country, Korean outlet Ichannela reported.

Ultra-secretive North Korea has sated there has not been a single virus case on its territory, but the claim has been questioned by many outside experts.

Questions first arose about Kim's health on April 15 after he failed to attend The Day of the Sun, an important celebration to mark the birthday of his grandfather Kim Il-sung.He was last seen four days prior to the high-profile event at a meeting with government officials.

Reports from South Korea suggested Kim – who is overweight and has a history of diet-related illness – underwent heart surgery on April 12 after collapsing while on a walk.