A grieving family of an Indian woman who had been declared dead of Covid-19 were left gobsmacked when she arrived home two weeks after her funeral and cremation.

The family of Muktyala Girijamma, 70, were incorrectly told on May 15 that she had died after a battle with coronavirus.

The mix-up by the hospital, in Jaggaiyapet town of the Krishna district in Andhra Pradesh, occurred when a stranger’s body had been mistaken for Girijamma and cremated in her place.

The grandmother, from Christianpet, was admitted to the hospital on May 12 after becoming infected with the contagious virus, according to local sources. 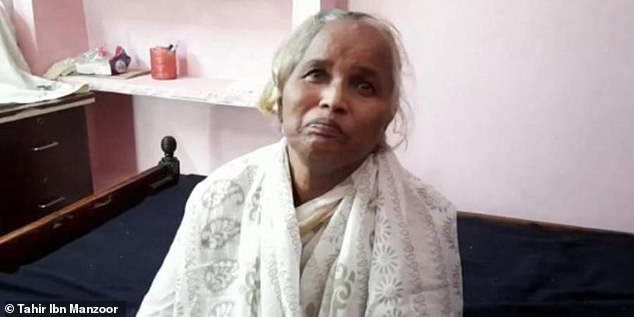 The family of Muktyala Girijamma (pictured), 70, were incorrectly told on May 15 that she had died after a battle with coronavirus – but she arrived home two weeks after her funeral

When her husband Gadayya went to the hospital to inquire about her condition, he found Girijamma was missing from her bed and hospital staff told him she had been moved to another ward.

Gadayya failed to trace Girijamma even after thoroughly examining all the wards of the hospital.

According to Girijamma’s nephew Nagu, the hospital authorities finally told the devastated family they would find her body in the mortuary.

It seems the grieving party didn’t examine the corpse closely due to social distancing policies but took it to be their relative on trust. 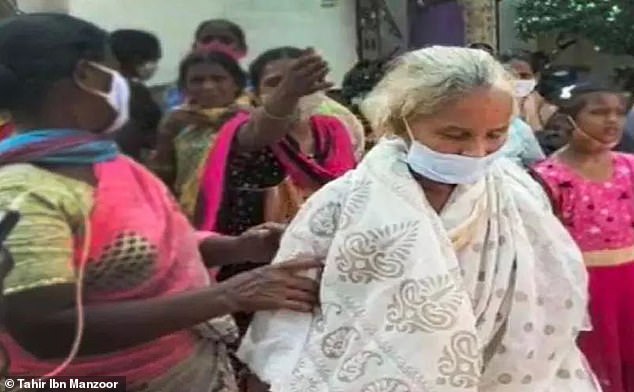 The mix-up by the hospital, in Jaggaiyapet town of the Krishna district in Andhra Pradesh, occurred when a woman by the same name had been mistaken for Girijamma (pictured)

Strict regulations in place meant the devastated family could only see the body from a distance, while it remained tightly wrapped in plastic until cremation, The Daily Star reported.

‘My uncle found a dead body similar to that of his wife. A death certificate was also issued by the hospital authorities,’ Nagu maintained.

A different woman also named Girijamma, from the Christianpet area of the district, became infected with Covid at around the same time and her death led to the unfortunate mix-up, according to local sources.

But Girijamma’s family, not realising she was still alive, took the body to Jaggaiyapet and performed the last rites on the same day. Girijamma’s son Ramesh also died of the virus on May 23.

A prayer meeting was organised for both of them, but Girijamma had recovered in the hospital and was wondering why nobody had come to pick her up.

She explained: ‘I was not aware of family and villagers mourning my death. I was enraged that why my family didn’t turn up to see me.’

Girijamma left her family gobsmacked after she managed to return home using INR 3,000 (£29), the money given by the state government to every Covid survivor, two weeks after her funeral service. 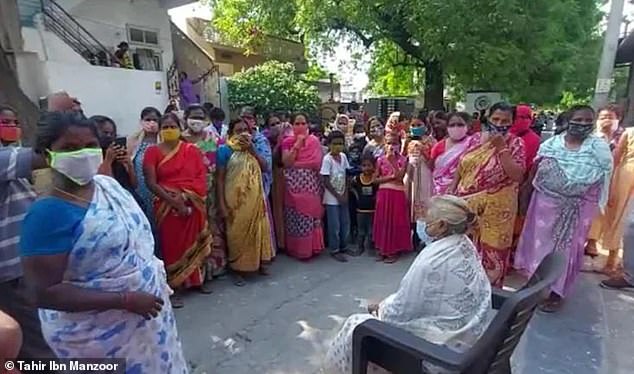 But Girijamma left her grieving family gobsmacked after she managed to return home (pictured) using INR 3,000 (£29) two weeks after her funeral service

Her husband Gadayya was left in utter disbelief and felt it was a miracle that his wife was alive and well after all.

The elderly couple is now yearning for their son Ramesh, who tragically passed away in his mother’s absence, which has subsequently left her devastated.

‘I see it as a miracle after my son has left the heavenly abode,’ Girijamma said.

‘I wish my son was here to see me returning on my own. I don’t know whether I can withstand this tragedy or not, but all I know we have lost our beloved so soon.’

There have been more than 28million coronavirus cases confirmed in Indian, while the death toll has risen to more than 340,000, according to official figures.