Home » World News » Goldsmith who made jewels for the royal family wins £125,000

Goldsmith who made jewels for the royal family wins £125,000 after NHS surgery left him suffering from the ‘worst pain known to man’ and without use of his right arm

A goldsmith who made jewels for the royal family has won a £125,000 out of court settlement after NHS surgery left him suffering the ‘worst pain known to man’ and without the use of his right arm.

Tony Bellingham regularly made personal jewellery for Princess Diana and other VIPs before a freak accident left him with a constant, burning pain in his right arm.

The 62-year-old was taken to hospital in 2017 after suffering a suspected heart attack when doctors botched putting a catheter into his right arm. 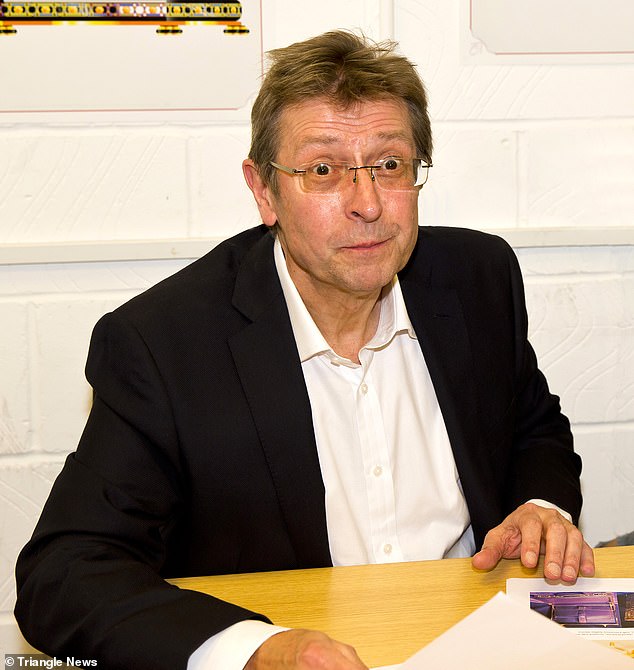 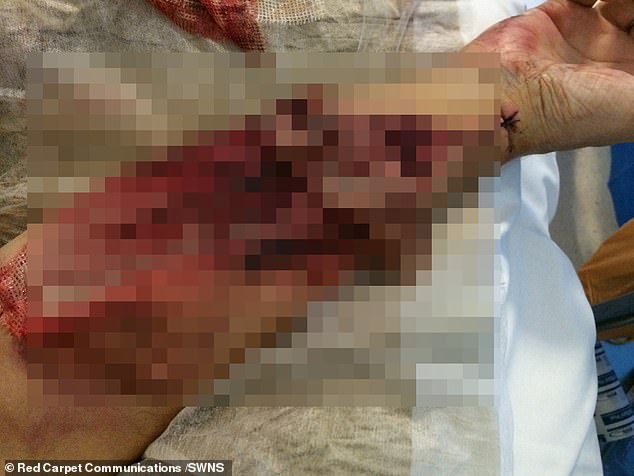 Mr Bellingham’s arm after doctors botched putting a catheter into his right arm, rupturing his radial nerve and right artery

Following a 10-hour procedure to save his arm at King’s College Hospital in London, Mr Bellingham was left with Complex Regional Pain Syndrome (CPRS).

The condition is one of the most painful someone can experience, ranking higher on a popular pain index than childbirth and amputation.

Mr Bellingham sued the NHS hospital for £125,000 and has now accepted an out of court payment.

However, despite the windfall, he says that the ordeal has left him ‘physically and mentally broken’.

Mr Bellingham said: ‘Right now, as we’re standing here talking, it feels like I’m being scolded by a kettle – and it’s never ending.

‘If I over-wash my hands, even with water, I get blisters equivalent to third degree burns.’

The jeweller had to learn to do every again – from brushing his teeth to putting on his socks.

Mr Bellingham said: ‘From somebody with so much manual dexterity, someone who’s been a sculptor and a goldsmith for 45 years, to suddenly lose all of that, it just seemed like life was over.’

‘I had to learn all of the small, personal things again. Brushing my teeth, putting on socks and you suddenly find yourself dumping all of your lace-up shoes.

‘It changes your life completely and I had to work every day non-stop to get my skill back.’

After three years of pain, Mr Bellingham was gradually able to start working again and, last year, he and son Matthew re-launched their jewellery business, Bellingham and Bellingham.

His first piece since retraining is a golden falcon finished with diamonds and sapphires.

Mr Bellingham added: ‘After three years I was able to use tools for a short amount of time.

‘I love what I do so much, and I couldn’t imagine life without it.

‘To fight back and get to the place where you were is food for the soul and has been great for healing.’

WHAT IS COMPLEX REGIONAL PAIN SYNDROME?

Complex regional pain syndrome (CRPS) is a condition that causes extreme discomfort that does not ease.

It usually affects just one arm or leg following an earlier injury, such as a fracture or sprain with no nerve damage, or nerve damage to a limb.

The body’s reaction is much stronger than usual and often causes pain worse than the original injury.

CRPS’ exact prevalence is unclear, however, a study claimed up to one in 3,800 people in the UK develop the condition each year.

What are the symptoms?

Pain is the main symptom, which may be burning, stabbing, stinging or throbbing.

The affected limb is usually sensitive to touch, with even clothing causing agony.

CRPS also causes swelling that can lead to stiffness, limb weakness and jerky movements. Joints may also appear redder or warmer than usual.

CRPS’ cause is unclear but is thought to be due to the nerves in the affected area becoming more sensitive, which may change the pain pathways between the limb and the brain.

Rarely, stroke or multiple operations to the limb can be to blame.

In one out of 10 cases there is no obvious cause.

What are patients’ treatment options?

There is no one treatment. Therapies aim to maintain movement through rehabilitation and pain relief.

This may include physio and occupational therapies, coping strategies and medications.