Home » World News » Get it done: Andrews’ lesson for Albanese

The re-elected Victorian premier’s pedestrian reformulation of Keating’s words is appropriate for state politics. Federal politics is often about symbols, with morality at stake. State politics has no truck with symbols: it is meat and potatoes. Outside the state, people scratch their heads whenever “level crossings” are mentioned as a major issue; in Victoria, they are water-cooler conversation. 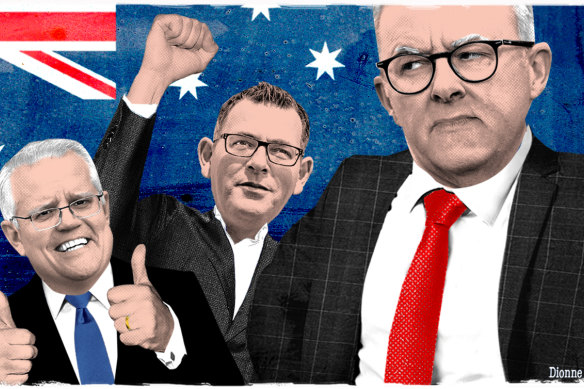 Attempts to cast the election as grander than it was – by Andrews’ opponents in both politics and the Murdoch press – failed. One Liberal slogan, “Don’t let him get away with it”, would have seemed genius if it had worked: it meant whatever you wanted it to mean. But it didn’t work, for exactly the same reason: what on earth did it mean? What exactly was “it”?

One thing “it” likely meant was arrogance, an unconcern with accountability. As has been widely noted, under Andrews, power has been centralised, the press treated dismissively. Here, nuance is important. Andrews’ supporters would say, correctly, that much of the press deserves his contempt; but that does not justify everything. They would also point to the 120 consecutive press conferences he held during the pandemic – which was, it’s true, laudable. It is also true that giving journalists the chance to ask questions does not mean those questions have been answered.

For proof of that statement, look no further than the other political star of last week: Scott Morrison. A new report from former High Court judge Virginia Bell into Morrison’s multiple ministries picks apart his excuses. He refused to meet Bell but had his lawyer send letters in which he said he assumed his new roles would be made public via gazetting. But in his press conference when the roles were revealed, he never mentioned gazetting. Bell is restrained but devastating: “The omission on that occasion to state that he had acted at all times on the assumption that each appointment had been notified to the public in the Gazette is striking.”

Morrison and Andrews have sometimes been likened to each other. Reportedly, they got on well during the pandemic. Morrison, too, as is obvious from Bell’s report, liked secrecy and centralisation. And both were pandemic leaders, strongly identified with that crisis, with some theorising this was enough to hurt both at the polls – just as Winston Churchill was tossed out in 1945. In the end, though, Morrison lost while Andrews won.

Election results are not always easily explained; still, there are two contrasts worth dwelling on. The first is that Andrews centralised power and overrode accountability to get things done. Morrison also centralised power and overrode accountability, but for the opposite reason: to avoid getting things done. The journalist Martin McKenzie-Murray summarises Andrews’ creed as “Get it done and let them howl”. Morrison inspired the howling but without the alibi of achievement. In their respective fates, this seems definitive.

This inaction was partly Morrison’s fault, but it was also partly down to his party – this is the second contrast – which has become increasingly unworkable, opposed to doing much because it is too hard to satisfy everyone. Labor also has identity problems, but for now at least has found a solution in Andrews: socially progressive with a focus on what McKenzie-Murray calls “observable results”. The Liberals’ inaction, though, left a vacuum, which has been filled largely by foolishness: Morrison’s stunts, Matt Guy’s candidates.

The Liberal Party, stranded between what Sky and the Murdoch tabloids try to argue is its “base” and the concerns of most voters, has looked, mostly, a little beside the point.

Albanese has been in politics too long to copy anyone else. Still, if Morrison and Andrews can be said to offer opposing models for the new prime minister, it is clear he is nearer to Andrews. Albanese’s prime ministership has so far had two themes. The first is observable results: witness just how much legislation is not just introduced but passed, as well as the concrete way its aims are explained (“get wages moving”).

The second theme is Scott Morrison himself: his unnecessary foolishness. This is not a dangerous Liberal Party we are being shown, but merely tired and silly – a little like the Victorian opposition. If these themes persist, Albanese will go into the next election from a similar angle to Andrews.

Albanese, however, must not attempt to mimic Andrews’ trick of bridging over issues of accountability with practical achievements. It would not work, for four reasons. First, we expect more from prime ministers. Second, Andrews goes into every election with the head start of Victoria being a Labor-leaning state. The third lies in Victoria’s election result. While election-night triumphalism by the Greens proved wildly misplaced, there was still an important similarity to the federal election: at this stage both major parties have lost votes and “others” have gained. To buck that trend, Albanese must restore trust.

Which brings us to the fourth reason, which is that Albanese has made the restoration of “decency” to politics a central part of his public appeal. “Better than Morrison” is still far from good enough. In this context, as others have noted, Labor voting with the Liberals to make it harder for the national integrity body to hold public hearings seems odd. Does Labor think the first Liberal caught in its clutches won’t complain, simply because they voted for it?

To voters, none of this is likely to matter much – which brings us back to Andrews’ paraphrase of Keating’s words. “Doing what matters” in politics – or what seems to matter, in the moment a politician assesses what is in front of him – is not always the same thing as “doing what is right”.

Sean Kelly is a regular columnist, the author of The Game: A Portrait of Scott Morrison, and a former adviser to prime ministers Julia Gillard and Kevin Rudd.

The Opinion newsletter is a weekly wrap of views that will challenge, champion and inform your own. Sign up here.

More from our award-winning columnists

An anxious nation: Mortgage stress, COVID burnout, extreme weather and the cost of living crisis – no wonder Australia’s status as the “lifestyle superpower of the world” is under threat. – Nick Bryant

The future of democracy: Australia must learn from America’s descent into extreme inequality, which has led to deep discontent. It must also do more to civilise “social” media, the great amplifier of hate. – Peter Hartcher

Behind the interview: Shane Warne may have been the greatest bowler legendary interviewer and cricket lover Michael Parkinson has ever seen, but he’s not his favourite interview – Peter FitzSimons