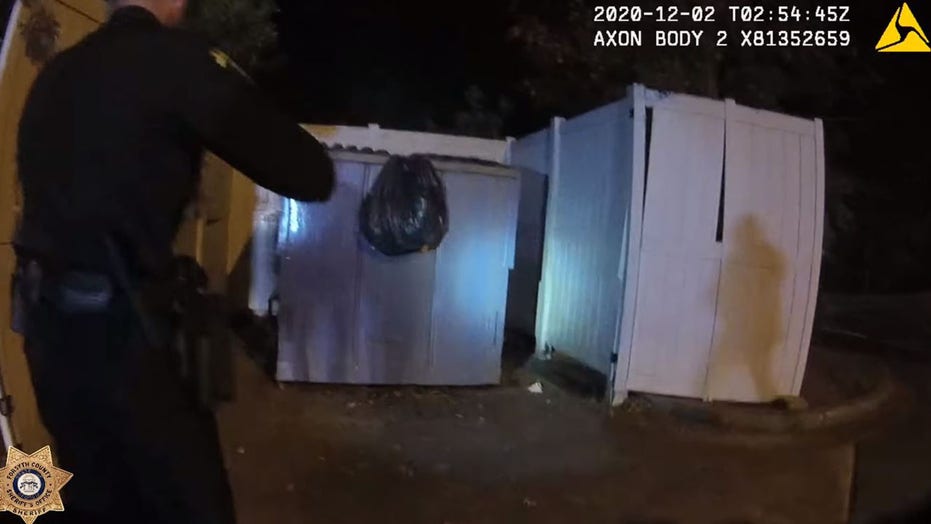 A Georgia police K-9 sniffed out a fugitive wanted in connection to the July murder of another man, locating the suspect hiding in a park dumpster on Tuesday, authorities said.

K-9 Hummer and his handler Cpl. William Sessa assisted in the manhunt for 22-year-old Billy Galvez, of Atlanta, after he fled from federal law enforcement, the Forsyth County Sheriff’s Office said.

The sheriff’s office released a three-minute bodycam video of the pursuit that led to Galvez’s arrest.

Officers searched for about half an hour before Hummer tracked the suspect to the dumpster, the sheriff's office said.

“He’s super heads up on that dumpster,” Sessa can be heard saying in the footage.

Officers opened the sliding door to the dumpster, found Galvez inside and took him into custody, according to the footage. 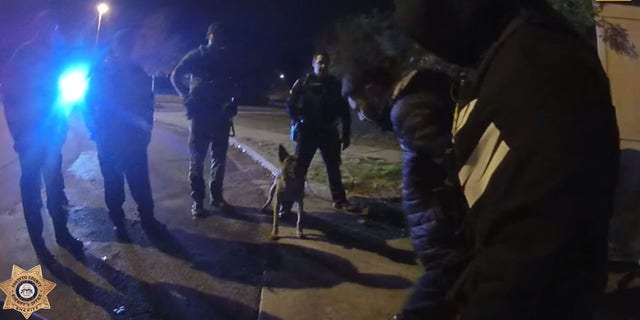 Galvez had been on the run since July 5 when 35-year-old Alejandro Ramirez was shot and killed in a parking lot, said the Georgia Bureau of Investigation (GBI). Galvez was wanted on charges of malice murder and aggravated assault in connection to the death of Ramirez.

The GBI said Galvez and Ramirez were involved in a dispute. Galvez returned to the parking lot with a firearm and shot Ramirez before fleeing. Ramirez was rushed to a hospital, where he was pronounced dead.

Before his arrest, Galvez had been in the company of Jennifer “Jenni” Rodriguez-Cardona, who was arrested on charges of hindering the apprehension of punishment of a criminal, the GBI said.