Garden centres OPEN: Customers will return next week – with plumbers back to work too – as the lockdown eases

Garden centres will be allowed to reopen next week under Boris Johnson’s plans to ease the lockdown.

Cleaners and tradesmen such as plumbers who work inside people’s homes will also be urged to go back to work. The Welsh government announced yesterday that garden centres in Wales will be allowed to reopen from Monday.

However, Scottish First Minister Nicola Sturgeon gave no indication that the ban in Scotland would be eased.

The Prime Minister will use a televised address to the nation tomorrow night to warn that many restrictions will need to stay in place for several more weeks while coronavirus is brought under control.

Ministers will finalise a 40-page ‘road map’ setting out an exit plan from the lockdown ahead of his statement.

This is expected to include advice to wear ‘face coverings’ in enclosed spaces where social distancing is difficult, such as on public transport and in shops. 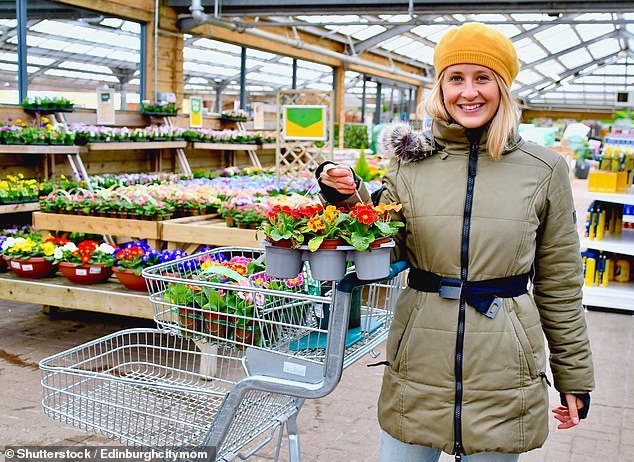 Downing Street yesterday said that Mr Johnson would move with ‘maximum caution’ in easing the lockdown in order to prevent a deadly second wave of infection.

But he will ditch the ‘Stay at Home’ slogan in favour of a slightly less restrictive one.

And he is expected to announce a number of ‘easements’ to the lockdown rules.

These will include ending the once-a-day restriction on outdoor exercise and lifting the ban on sunbathing in parks, provided people keep a safe distance from each other.

Garden centre operators have warned they face ruin if they cannot shift their stock.

From Wednesday, they will be allowed to open across England, but tea rooms, playgrounds and soft play areas will have to remain closed.

A Government source said: ‘We have heard the calls from garden centres, who are in a very difficult position because of the nature of their business.

Mac is back, for drive through snack

Fast food drive-throughs should reopen – because they are perfect for maintaining social distancing, a minister said yesterday.

McDonald’s, KFC and Burger King have started resuming service at their kiosks on a pilot basis in anticipation of an easing of the lockdown.

George Eustice, the Environment Secretary, said: ‘Probably a McDonald’s drive-through is made for the social distancing situation, in that people do not leave their car. It is quite possible for these venues to reopen, and reopen safely – we never mandated they should close.’

Asked at the daily No 10 briefing if fast food outlets could have stayed open, Mr Eustice said: ‘While clearly restaurants and pubs had to close, we were quite keen to keep that capacity to be able to do takeaway food.’ 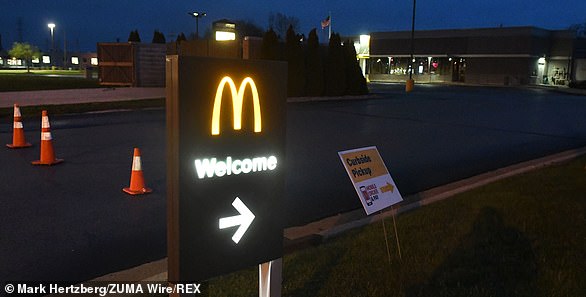 McDonald’s, KFC and Burger King have started resuming service at their kiosks on a pilot basis in anticipation of an easing of the lockdown [File photo]

‘The fact they are largely outdoor open spaces means the risk of transmission is relatively low, so long as people follow the rules.’

They are the first of the ‘non-essential’ retail outlets allowed to reopen.

The Prime Minister is also expected to encourage sectors not directly affected by the lockdown to resume operations. This will include construction firms and those working in other people’s homes such as cleaners, plumbers and carpet fitters.

They will be issued with new advice for operating safely. This will include keeping open internal doors, staying two metres from homeowners and accepting electronic payments rather than cash.

Ministers are also in discussion with rail firms about increasing services from May 18 as more people return to work. But office workers will be told to continue working from home indefinitely.

And the Prime Minister is not expected to make any immediate change to the bans on social gatherings or the closure of pubs, shops and restaurants.

Speaking at the Downing Street press conference last night, Environment Secretary George Eustice said: ‘There isn’t going to be any dramatic overnight change. We’ve to be very cautious, we are not out of the woods yet.’

Ministers are also considering increasing fines for people who break the rules and introducing a 14-day quarantine for those arriving from abroad. The PM wants to continue with a UK-wide approach. But yesterday there were signs this was beginning to fracture.

Education Secretary Gavin Williamson is hoping to get some children back to school after half-term at the end of this month, although he has not set a firm date. But Welsh First Minister Mark Drakeford said schools in Wales would not go back at the start of June. And Miss Sturgeon said her government was only easing the once-a-day exercise rule.

Meanwhile, the Government came within a whisker of its 100,000-a-day virus testing target for the first time this week, conducting 97,029 on Thursday.

Progress has been held back by ‘technical difficulties’ at one of the major testing laboratories.

Mr Johnson has set a target to increase capacity to 200,000 tests a day by the end of this month. 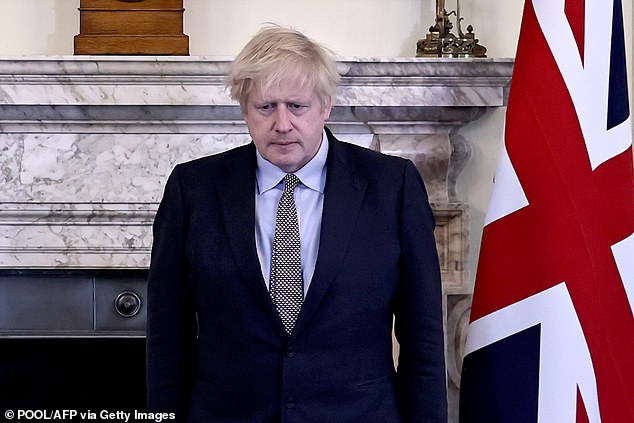 The Prime Minister is also expected to encourage sectors not directly affected by the lockdown to resume operations. This will include construction firms and those working in other people’s homes such as cleaners, plumbers and carpet fitters