Missing woman Gabby Petito was just two blocks away from Salt Lake City’s FBI office last month when she was last seen in public at a hotel near the airport, according to reports.

Petito checked out of the Fairfield Inn and Suites on Aug. 24, soon before she went missing, FOX 13 of Salt Lake City reported. Her mother said she last saw her daughter over Facetime around the same time that the 22-year-old and her fiancé Brian Laundrie were believed to have left Utah for Grand Teton National Park in Wyoming.

Investigators from the FBI and local police have come by the hotel recently to ask questions, hotel staff reportedly told FOX 13 on Thursday. Petito stayed there for more than one night, staff said.

The couple embarked on a cross-country trip in Petito’s 2012 Ford Transit van at the start of summer. Both of them documented their journey on Instagram, stopping in several national parks out West.

Florida police confirmed late Friday they are now also searching for Laundrie as well as Petito. 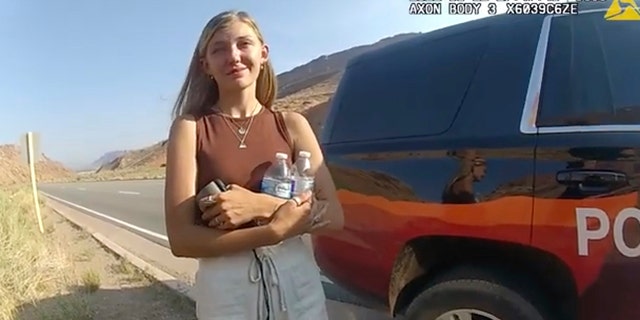 This police camera video provided by The Moab Police Department shows Gabrielle "Gabby" Petito talking to a police officer after police pulled over the van she was traveling in with her boyfriend, Brian Laundrie, near the entrance to Arches National Park on Aug. 12, 2021. (Associated Press)

On Friday, North Port, Florida, police officers went to Laundrie’s home where he lives with his parents, expecting to see him there but his family now says they haven’t seen him since Tuesday and don’t know where he is, a release from the North Port Police Department said.

A lawyer for Petito’s family asserted that Laundrie was likely “hiding” from law enforcement even though he hasn’t been accused of wrongdoing in Petito’s disappearance.

“All of Gabby’s family want the world to know that Brian is not missing, he is hiding. Gabby is missing,” the lawyer said in a statement. 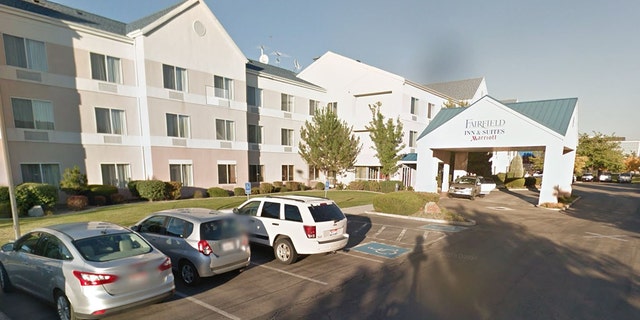 Laundrie has been called a “person of interest” in the case and the release reiterated he is not currently wanted for a crime.

“We understand the community’s frustration. We are frustrated too,” the release said. “For six days the North Port Police Department and FBI have been pleading with the family to contact investigators regarding Brian’s Fiance Gabby Petito.”

Friday was the first time the Laundrie family had spoken with investigators in detail, the release said.

“It is important to note that while Brian is a person of interest in Gabby’s disappearance, he is not wanted for a crime. We are not currently working a crime investigation. We are now working a multiple missing person investigations.”