London: The first in-person meeting of world leaders since the coronavirus pandemic has been thrown into chaos by a heavy fog which has blanketed the summit site and prevented world leaders from landing.

Prime Minister Scott Morrison is one of several key world leaders to have their travel schedule disrupted because the airport has been deemed too dangerous for some planes.

He has been forced to land at another airport near London – a five-hour drive from the G7 event in the seaside town of Carbis Bay, south west England. 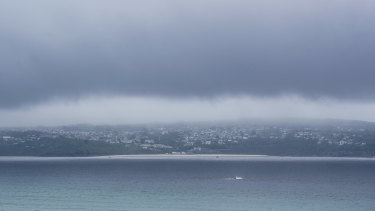 Bad weather builds over Cornwall on Thursday, ahead of the summit’s start on Friday.Credit:Getty

It is unclear whether the fog will affect plans by the Queen to travel to Carbis Bay on Friday evening to headline a diplomatic offensive with the G7 leaders.

As a guest of the G7, Morrison was not scheduled to attend the reception hosted by the 95-year-old monarch, Prince Charles and his wife Camilla, the Duchess of Cornwall, and Prince William and Catherine, the Duchess of Cambridge.

However he is likely to see the Queen for a one-on-one at Windsor Castle early next week following the G7 summit and before his departure for Paris for meetings.