An $80 million military plane has crashed in Virginia, with four people parachuting to safety shortly before it hit the ground.

The crash happened at 3:50pm near Nelsonia, along Mason Road, on Monday afternoon.

A Navy spokesman confirmed to DailyMail.com that all four people on board – two pilots, two crew members – bailed out of the EC-2 Hawkeye before it crashed. 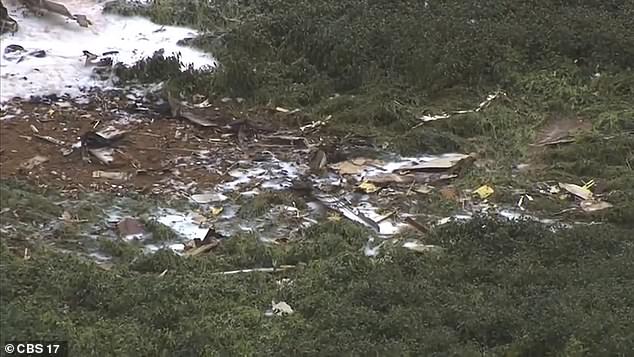 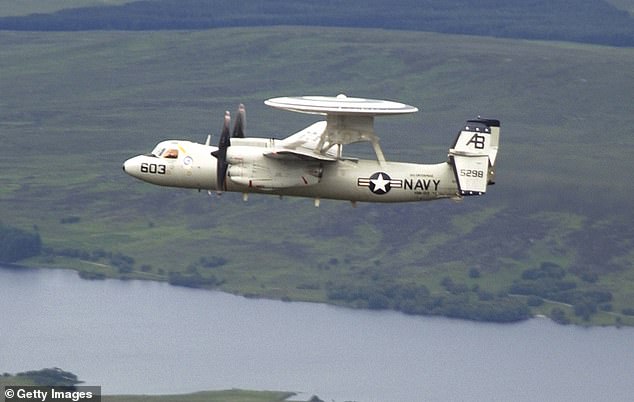 An E-2C Hawkeye, similar to the one pictured, crashed on Monday in Virginia 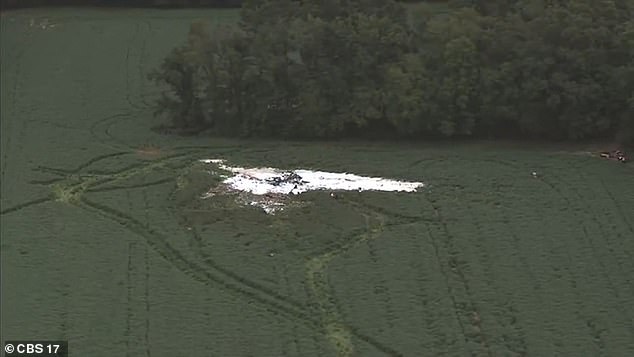 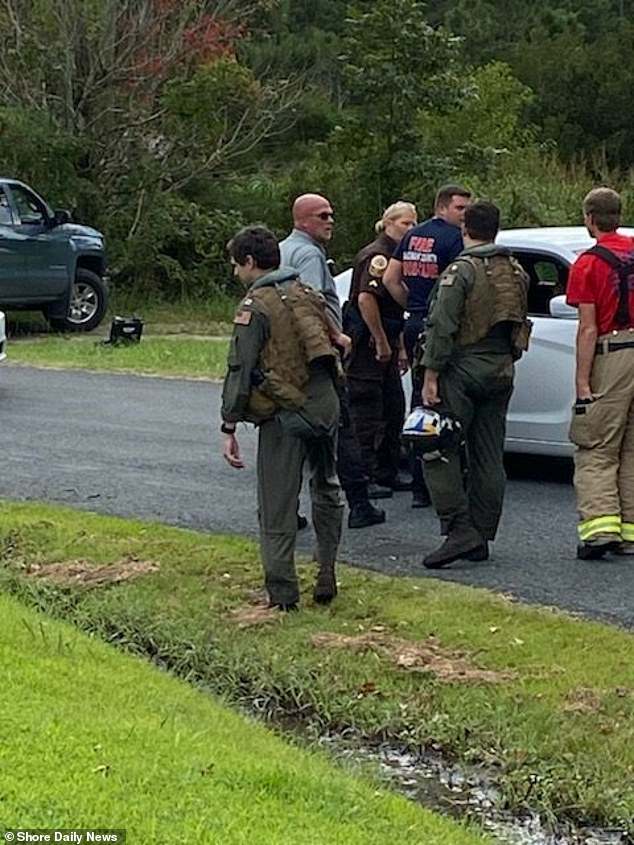 She said the plane was assigned to Airborne Command & Control Squadron (VAW) 120 Fleet Replacement Squadron on board Naval Station Norfolk.

‘Initial reports indicate no structures or personnel on the ground were damaged or injured in the mishap,’ she said.

‘The cause of the mishap is under investigation.’

Shore Daily News said the road next to the crash site had been reopened by 5:25pm. 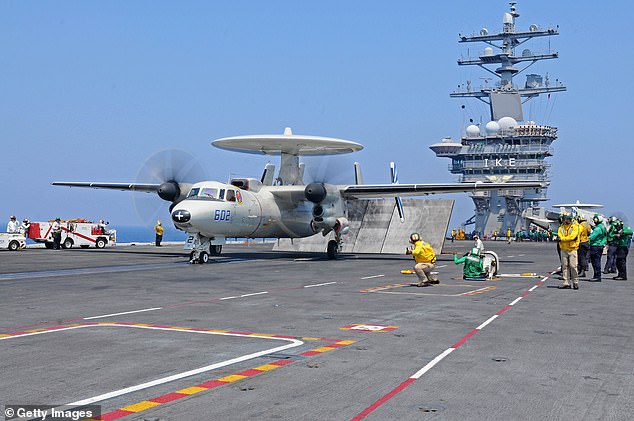 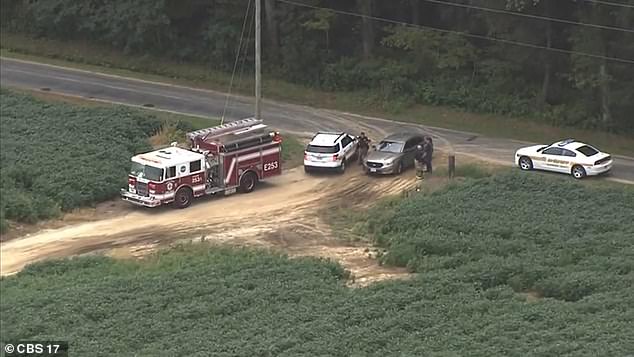 Fire trucks were quickly on the scene, near Wallops Island in Virginia 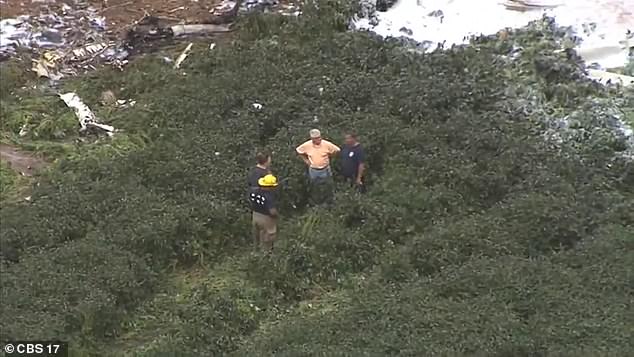 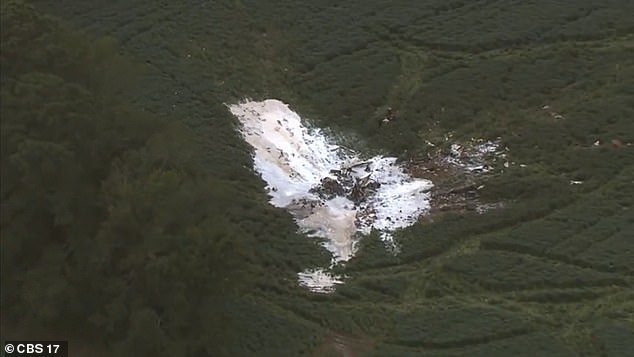 The plane was utterly destroyed in the wreck, but all four on board parachuted to safety

Hawkeyes have a distinctive 24-foot diameter radar rotodome – a rotating radar – attached to the upper fuselage.

The Navy describes the Hawkeye as ‘the eyes of the fleet’, and they have been used since the Vietnam War.

The current version of the Hawkeye, the E-2C, became operational in 1973, and surpassed one million flight hours in August 2004, the Navy said.