Four women have alleged they were sexually harassed by G4S security guards while quarantining in hotels in the UK.

One claimed a security guard asked for a hug, while another said a guard mimed having sex while they were alone together in a lift.

The women had to spend 10 days at hotels to quarantine after returning to the UK from red-list countries, where coronavirus infections remain high.

They each say during their stays they were made to feel ‘horrified’, ‘uncomfortable’, ‘frightened’, ‘insecure’ and ‘nervous’ by male security guards.

Marie Sidwell, 28, was returning to her home in Nottingham after working as a nurse in Dubai during the pandemic. As she quarantined at the Pentahotel in Reading she had a number of parcels delivered to her room by security staff.

She told the BBC the first guard acted appropriately, dropping the parcel outside the door, knocking and standing back. But 15 minutes later another, younger, guard delivered a second package. 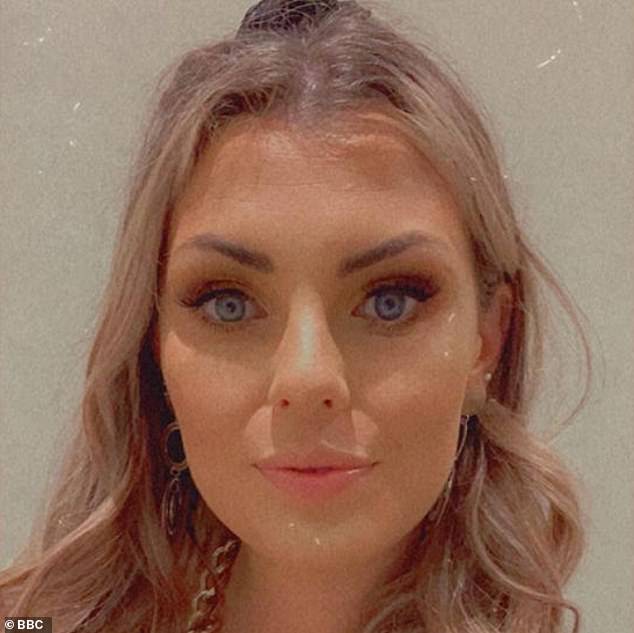 Marie Sidwell (pictured), 28, was returning to her home in Nottingham after working as a nurse in Dubai during the pandemic. As she quarantined at the Pentahotel in Reading she had a number of parcels delivered to her room by security staff

Instead of standing back, Ms Sidwell said he asked whether he could give her a hug, questioned whether she was a fan of cricket, asked if he could take a photo of them together and told her she reminded him of someone.

‘I took a step back into my room and he stepped towards me and said, ‘Can I have a hug?’ and he was coming towards my room. I was pretty panicked and quickly shut the door,’ she said.

The guard did not leave straight away, and she watched through the peephole as he stood outside her door. Ms Sidwell called the hotel reception and was told she would not have to see the guard again, but four days later he allegedly appeared at her door with her Deliveroo order.

Guests are allowed to leave their room once a day for exercise but must be accompanied by guards. Ms Sidwell said she stayed inside for the rest of her time at the hotel, before she was eventually free to leave on May 30. 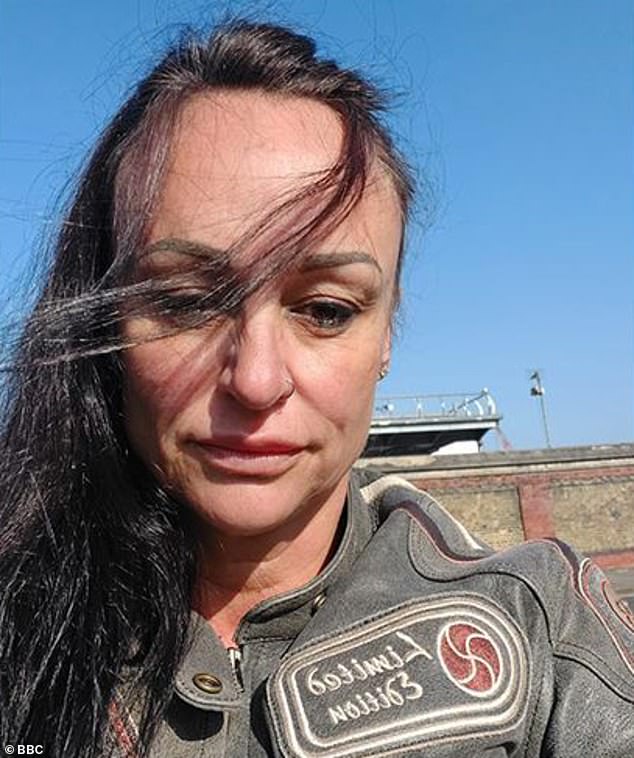 Katherine Godolphin (pictured), 46, was alone in a lift with a security guard when she says he touched his genitals and mimed having sex

Katherine Godolphin, 46, was staying at the Heathrow Bath Road Holiday Inn after returning from work on a conservation and anti-poaching project in Zimbabwe when a guard ‘made kind of humping motions at me’ while they were alone together in a lift.

She said ‘he was just disgusting’ but she thought it was an isolated incident and did not report it.

The next day, as she was again accompanied by the same man on her exercise break, she said he made an angry remark about the security camera, turned around, touched himself and complained his testicles were burning and he needed to ’empty’ them.

‘I was just absolutely horrified,’ she said. 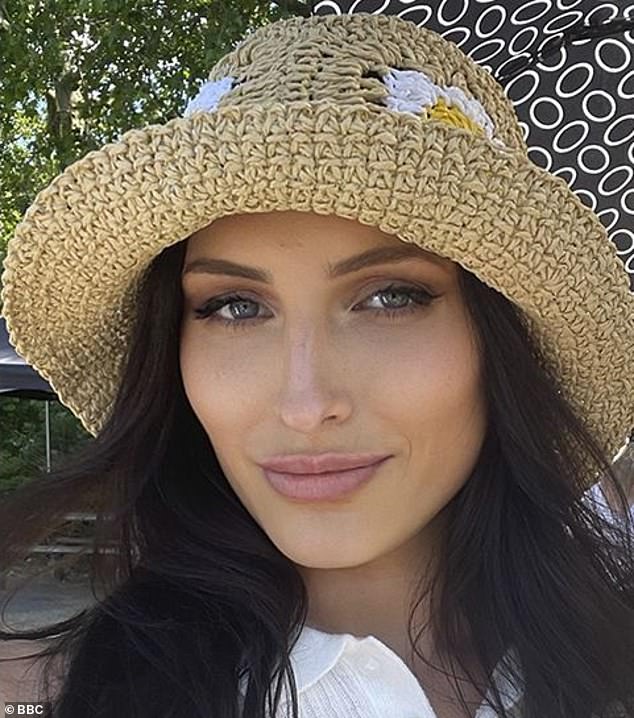 Amy (pictured), who did not want her surname reported, was staying at the Grand Park hotel in Heathrow on May 15 when a guard allegedly told her she was ‘smoking hot’

Ms Godolphin said she complained and a representative of G4S said they would look into it. She never heard whether any action had been taken.

A G4S spokesperson said: ‘We expect the highest standards of conduct from our staff and we do not tolerate behaviour that undermines the good work of our teams, who continue to play an important role in the national response to the pandemic.

‘Should we be made aware of any wrongdoing, robust procedures are in place to ensure the employee is removed from the site while an investigation is carried out by G4S and if appropriate, the police.’

Amy, who did not want her surname reported, was staying at the Grand Park hotel in Heathrow on May 15 when a guard allegedly told her she was ‘smoking hot’.

She said he asked for her number and asked her out on a date.

Janet Wheeler, who quarantined at the Delta Hotel by Marriott in Milton Keynes, claimed the first room she was given had bed bugs and as she was moved to another she was harassed. 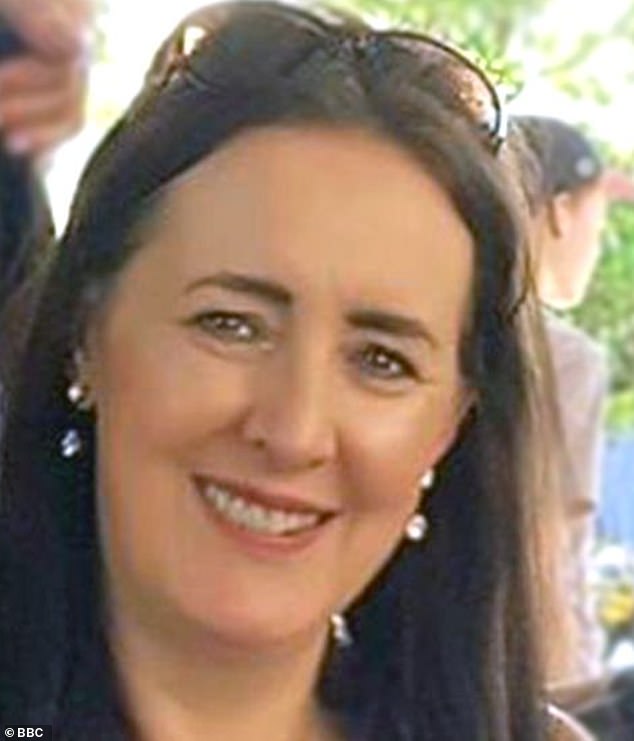 Janet Wheeler (pictured), who quarantined at the Delta Hotel by Marriott in Milton Keynes, claimed the first room she was given had bed bugs and as she was moved to another she was harassed

During the transfer of rooms she was locked out and left alone in a corridor with a guard for 20 minutes. She said he asked if she was married, whether she was travelling alone and if she liked black men.

‘It made me feel frightened, insecure,’ she said. ‘I couldn’t get away and I couldn’t get back in the room. There wasn’t even anyone I could call.’

The hotels involved say they were not responsible for the security guards, and representatives of the Park Grand, Marriott Hotel and Radisson hotels said they took the allegations seriously.

Marriott said there were no bedbugs found in Ms Wheeler’s room but it has been heat-treated.

A government spokesperson said: ‘Allegations of sexual assault are taken extremely seriously. The government continues to ensure every person in managed quarantine gets the assistance they need, and will support any investigation.

‘We expect hotels to do their utmost to take any necessary steps to address and investigate concerns raised by guests, including the behaviour of security contractors, as well as the overall quality of service.’