Former betting tycoon, 52, is fined £1,000 for stealing takeaway driver’s car from outside kebab shop and going on drunken joyride 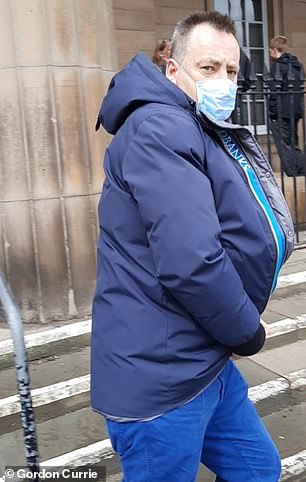 Kenneth Alexander (pictured), 52, admitted stealing a takeaway driver’s car from outside a kebab shop and going on a drunken joyride

As many a drinker knows, a night on the tiles can often end in a kebab shop… and the risk of making some very poor choices.

And in the case of tycoon Kenneth Alexander that’s exactly what happened as he tried to get home.

For Alexander, the former boss of one of the world’s largest betting companies, ended up stealing a takeaway driver’s car from outside a kebab shop and going on a drunken joyride.

The 52-year-old sat shame-faced in court yesterday as he admitted to the bizarre incident after spending three hours in a bar with a friend.

The court was told the businessman, who recently retired as chief executive of the holding company for Ladbrokes and Coral, had a moment of madness and was mortified by his behaviour that night.

Alexander’s downfall began when, after leaving the bar at 10pm with his friend, they headed to the nearby Marmaris Kebab shop in Perth, Scotland, for some much-needed sustenance.

While there he asked the staff to order him a taxi home but was told there were none.

Moments later, the shop’s delivery driver pulled up – leaving the car empty with the keys inside.

Fiscal depute Matthew Kerr told Perth Sheriff Court that the businessman jumped in and from inside the shop ‘the delivery driver heard the sound of car wheels spinning’.

The driver tracked his vehicle and found Alexander sitting in the driver’s seat but he then ran off home.

When police arrived at Alexander’s house, ‘the accused was standing in front of his house and stated: “It’s me you’re looking for”.’ 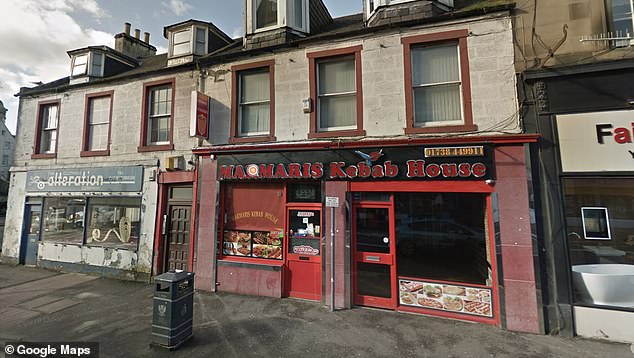 Alexander’s downfall began when, after leaving the bar at 10pm with his friend, they headed to the nearby Marmaris Kebab shop in Perth, Scotland, (pictured) for some much-needed sustenance

Alexander yesterday admitted taking and driving away a car from South Methven Street in Perth on May 7, 2020. He also admitted driving without insurance and while he was over the alcohol limit.

Solicitor John McLaughlin, defending, said: ‘He has been mortified by what has happened. He has previously been of good character but he doesn’t deny any of the offence. When the delivery driver arrived he spoke with him about the prospect of getting a lift home. In truth the driver is probably not allowed to do that.

‘This was when his moment of madness occurred. He jumped in the car and ended up one street away having effectively driven once around the block. He can’t explain what went through his mind. When the delivery driver approached him he apologised and offered to pay for any inconvenience he had caused.’

Sheriff Pino di Emidio told Alexander: ‘You have been of hitherto impeccable character.’

The betting boss stepped down last summer as chief executive of GVC Holdings, owner of Ladbrokes and Coral, after 13 years. The Ayrshire-born accountant turned GVC into a FTSE 100 global business with a £3.6billion turnover.