Home » World News » Forget the stockpiling idiots, the kindness of folk in a crisis will help fight coronavirus – The Sun

FOR every selfish plonker buying 100 toilet rolls at a time, and ignoring Her Maj’s pleas to stay home, there are countless stories of decent people trying their best to love-bomb this awful virus with big-hearted kindness.

A crisis inevitably brings out the worst in people and it’s easy to focus on that, but it also shows human beings at their very best. There are the shopkeepers delivering free hand sanitiser and supplies to the elderly and vulnerable. 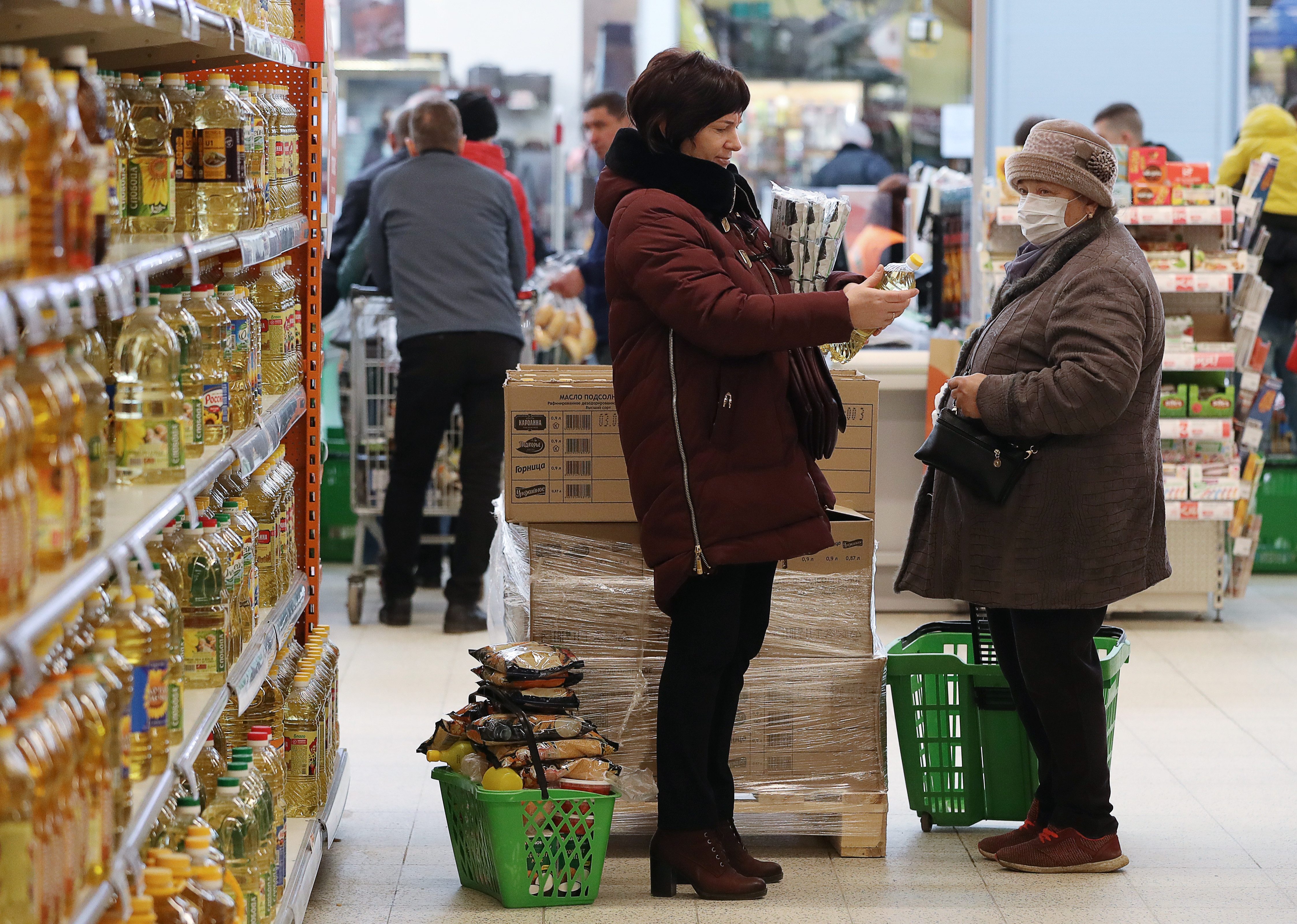 The care workers putting their own health on the line to look after people who are housebound, lonely and feeling overwhelmed.

The NHS staff at the coal face determined to help their patients and working round the clock to save lives.

Every one of them, from doctors to nurses, paramedics to porters, cleaners to surgeons have their part to play.

I salute them all.

Former footballer and TV pundit Gary Neville owns two hotels, which he has closed and handed over to the NHS.

He has also vowed there will be no job losses on his watch.

I sincerely hope those who can afford to do so follow his example.

Pop stars are giving free concerts online and we can still download our favourite songs and be uplifted by music.

This is happening all over the country and even the smallest act of kindness gives me hope for the future.

It’s a deeply unsettling time and, although I consider myself to be a stalwart, I’ve had a few wobbles and at times felt very anxious during this week.

So thank the Lord for the cool-headed, crystal-clear advice being given to the nation every morning by my friend Dr Hilary Jones.

Listening to Dr Hilary is like drinking a refreshing, cold glass of water after gargling with petrol.

He cuts through the evasive waffle and ludicrous conspiracy theories to reassure us all but never downplays the ­seriousness of the situation.

It’s a masterclass in transparency without being alarmist, and Hilary is never patronising, unlike some irritating politicians who sound as though they are talking to ­toddlers.

This is a marathon, not a sprint. 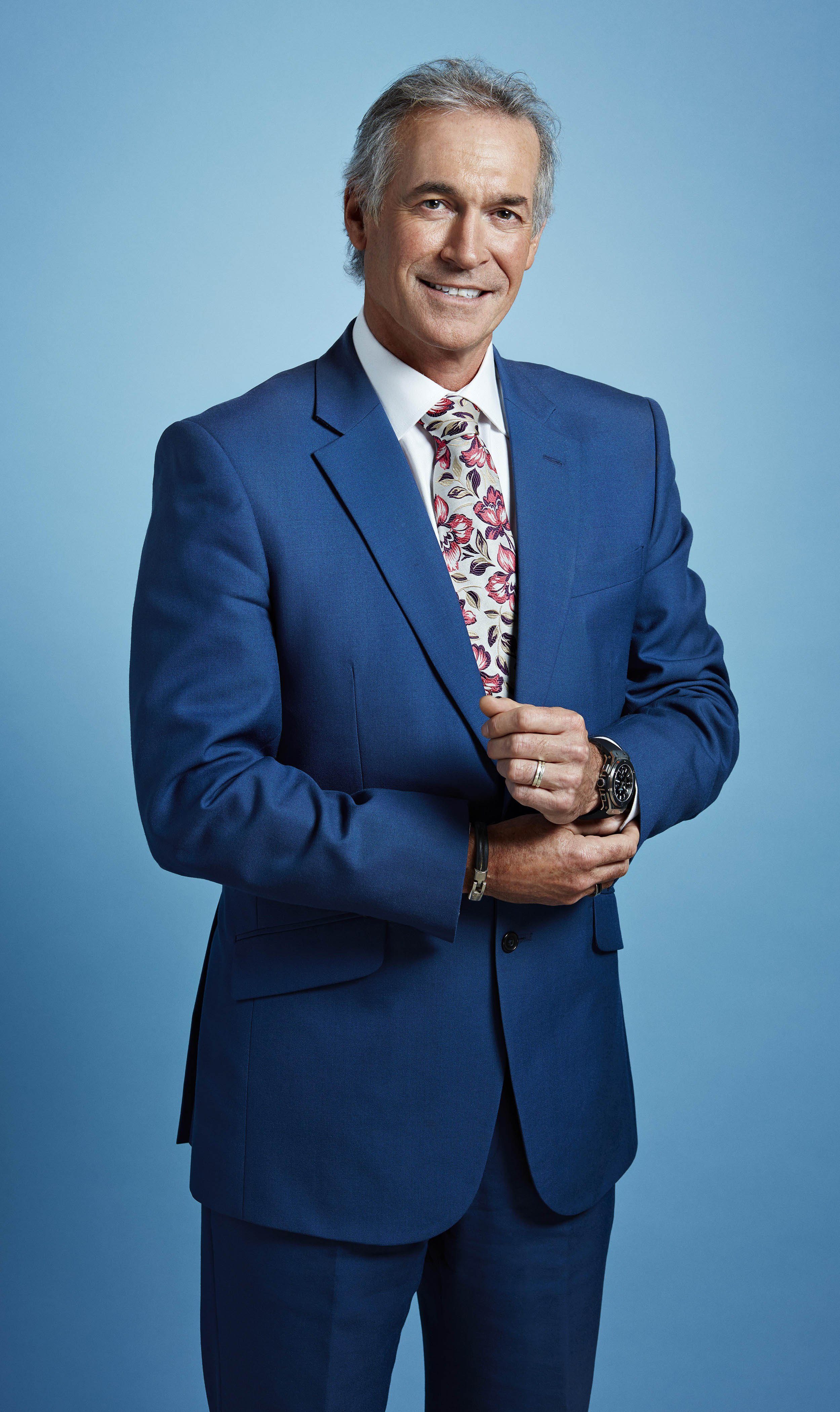 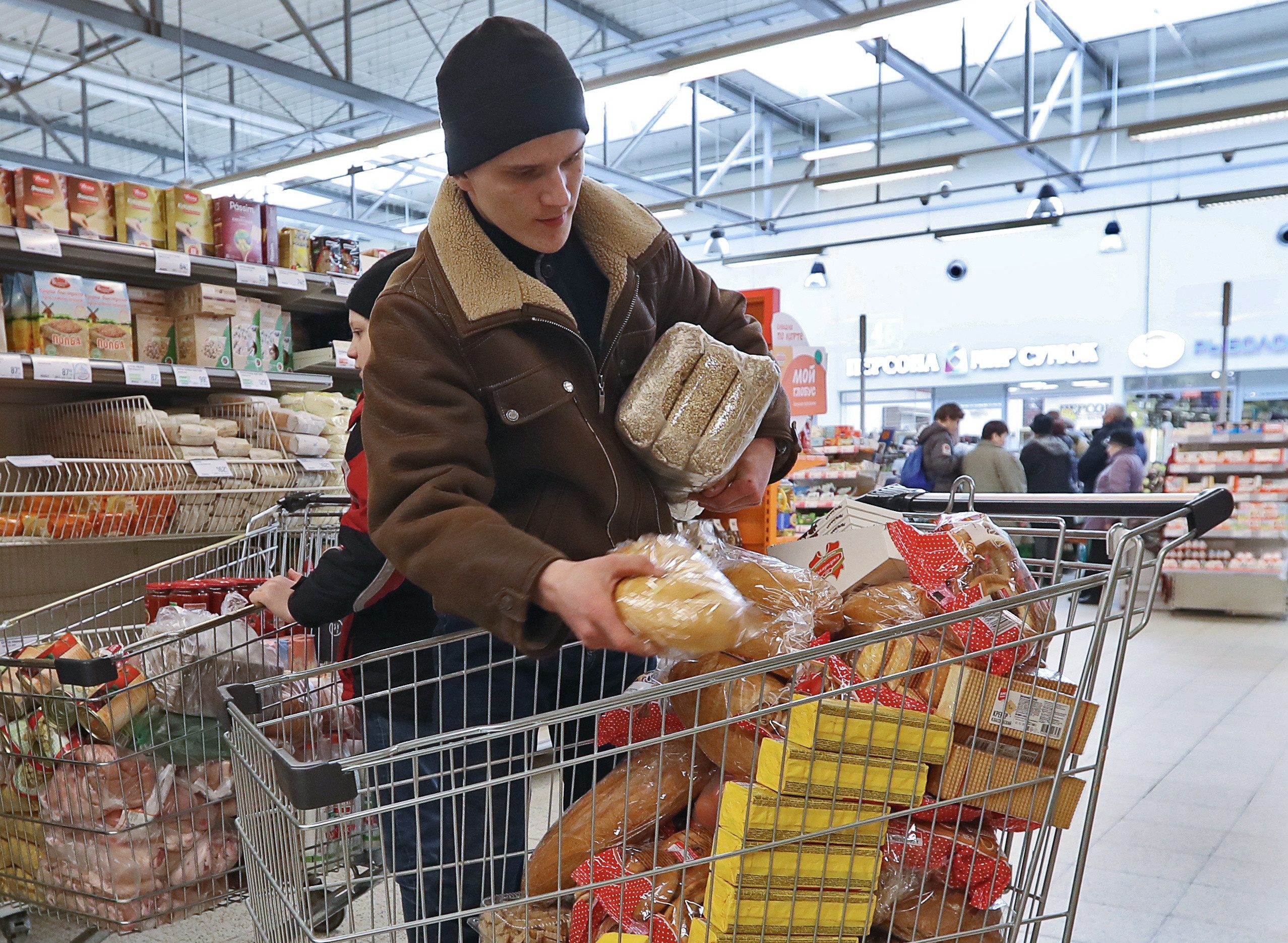 Sadly, we know that lives will be lost, but we need to remember that most of us who contract the virus will get over it and then hopefully be immune.

We need to put our faith in ­science and be mindful that men and women in white coats are working round the clock to find a vaccine.

Trials have been rushed through and we might be looking at the implementation of mass immunisations in months, rather than years.

That doesn’t mean things aren’t going to be tough in the immediate future.

It’s not going to be easy, but we really do need to be ­kinder, more understanding and less selfish.

With the kids at home now that schools have been shut, it’s essential to have some sort of rough schedule while remaining flexible.

It’s actually a time to talk to one another and get to really know our loved ones properly.

We are told to get outdoors if we can, which is far from easy if you are not lucky enough to have a garden.

But while we are still allowed to go for a walk in the park (maintaining a safe distance from one another) I would urge you to try to get outdoors if you can.

Social distancing doesn’t mean being unsociable — we can still have conversations and wish each other well.

We all really need to take care of our mental health.

My wee dog Angus is keeping me sane.

That enthusiastic welcome when I come through the front door lifts my spirits and, until I’m told otherwise, I’m still taking him out for a walk every day, as I’m lucky enough to live near the river with lots of fields and open spaces at hand.

It’s all of these simple things that we used to take for granted that are now so very important.

Like all of you, I’m worried about my nearest and dearest.

My dad has a massive chest infection and other health problems that make him extremely vulnerable.

My daughter, Rosie, is living in Singapore, and while my head says she is probably in one of the safest places on Earth, with the exception of Antarctica, my heart just wants her close to home.

This crisis has made us all realise what is really important in life, and it’s hard to remember the trivial things we were worried about just a ­couple of weeks ago.

So be sensible, don’t be selfish and don’t panic.

Talk to people on the phone and on FaceTime if you feel overwhelmed and just need to hear a friendly voice.

We are all in this together and, as Dr Hilary has said repeatedly, it will get better and we will get through it.

If you are in the mood for downloading and bingeing TV classics, can I recommend Deadwood with Ian McShane, who has never been better in this epic tale of the Wild West that is like Shakespeare with swearing.

Though avoid if you are easily offended. 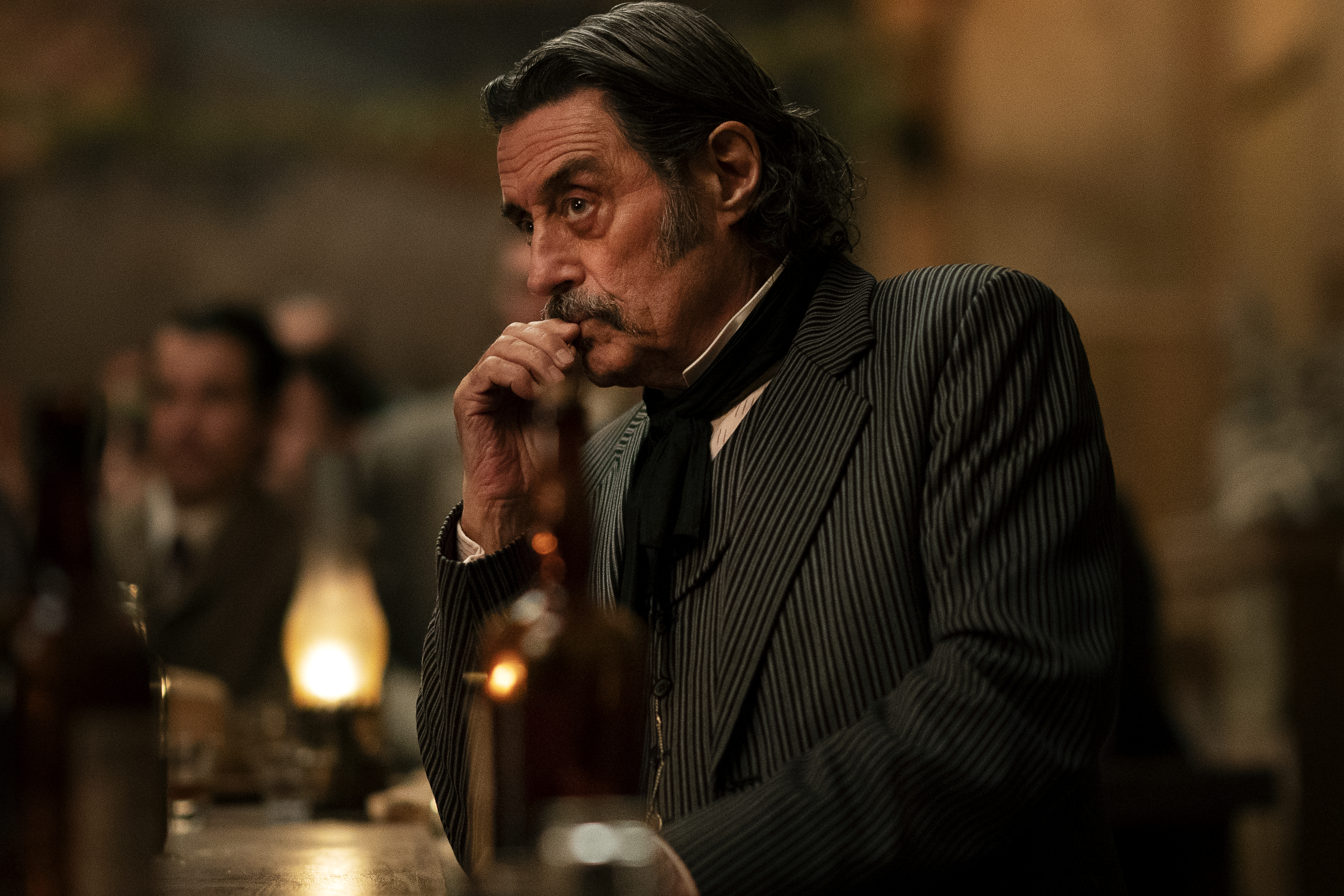 Then there’s Rome, featuring Ray Stevenson as Titus Pullo, the sexiest man ever to grace a TV screen.

Also Frasier, Curb Your Enthusiasm, the original Star Trek, Narcos, Shackleton, with Kenneth Branagh playing the Antarctic explorer (who also happens to be my all-time hero).

And of course, I love anything Billy Connolly has ever appeared in, but most especially his Audience With stand-up show, which has to be one of the funniest things I’ve ever seen.

Meanwhile, I will still be on your screens from 9am every weekday morning, just after GMB and before This Morning and Loose Women.

We are all determined to bring you the latest news on coronavirus, as well as a bit of fun and light relief for as long as we possibly can and while we are all fit and well enough to so do.

The show must go on

While so many other TV shows have had to be cancelled, I am very happy to report that all concerned with the UK version of RuPaul’s Drag Race have kept calm, carried on and managed to get much of the second series in the can and will resume filming as soon as humanly possible to be back even brighter and bolder this year.

I’ve been working with the new batch of queens and can report that Ru, has never looked more gorgeous, while Strictly star Michelle Visage has even more zingers than usual.

The whole extravaganza is an utter delight.

It’s a series stuffed full of show-offs, divas and larger-than-life characters, but it will make you cry as well as laugh at loud.

For those of you who haven’t yet been won over, do yourself a favour and download every episode from day one.

I envy you the experience of discovering a whole new world.

It’s like living life in black and white then encountering a glorious multicoloured rainbow.

Victory for our heroes

At last there’s some long-overdue good news for our beleaguered armed services.

As of now, veterans will no longer be looking over their shoulder wondering whether or not an ambulance-chasing lawyer will be suing them in what amounts to a witch-hunt. 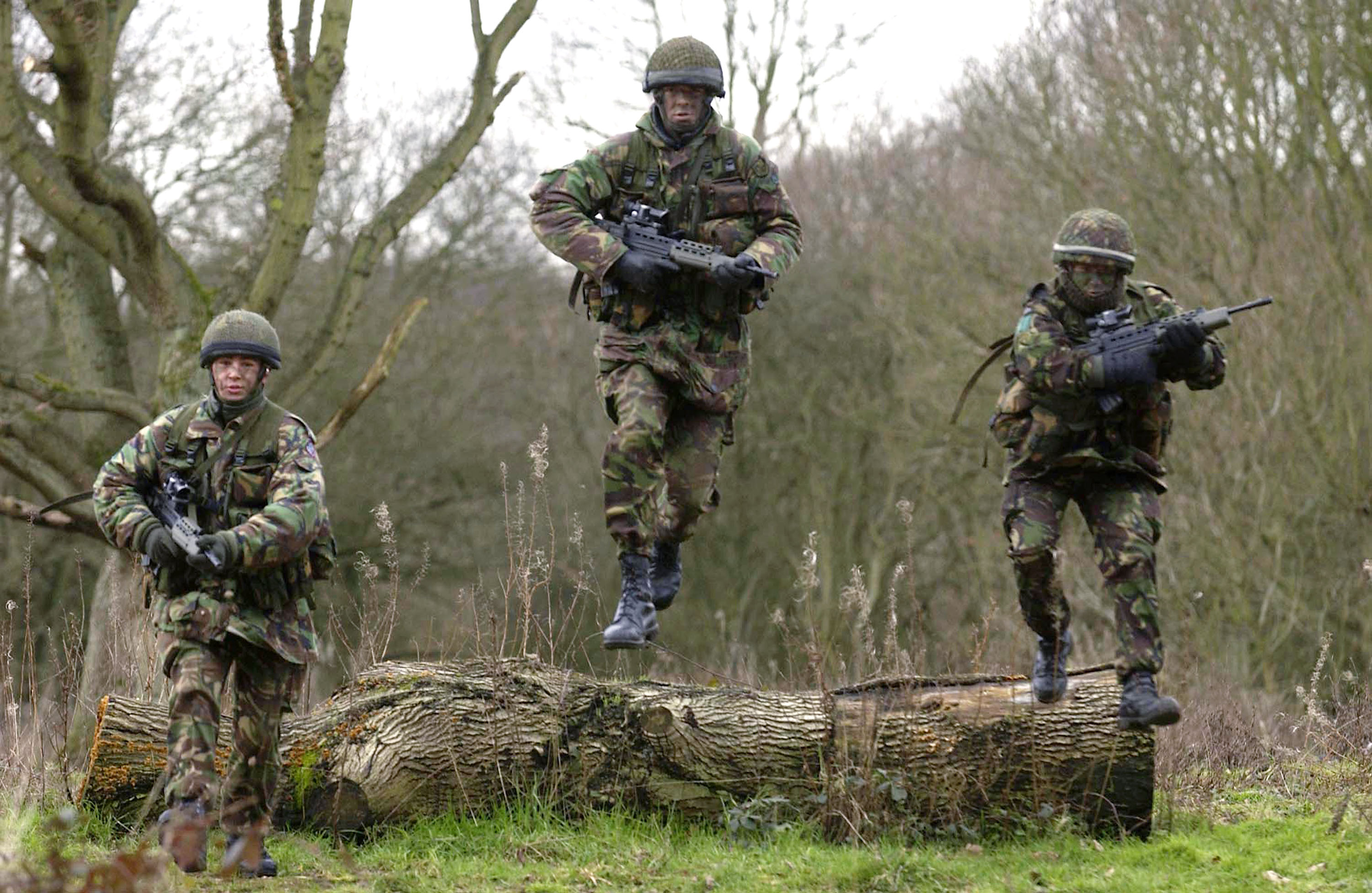 The Government has taken action and introduced a five-year time limit on any new prosecutions.

This effectively ends the threat of legal action against our troops who served in Afghanistan and Iraq.

It’s easy to be an armchair judge and jury in peacetime, but you cannot equate this with the heat of battle.

Men and women putting their lives on the line have little more than a split second to make a decision to save their own lives and that of their comrades.

We have absolutely no idea of the reality of war.

The only exceptions to the new five-year deadline will be, quite rightly, when there is a clear case to answer with proper evidence that could stand up in court.

It’s hoped that this will be extended to Northern Ireland veterans who are now in their seventies, many of whom have been living in fear and dread of being victims of show trials.

This is a victory for common sense, but it should never have been allowed to happen in the first place.

Sadly, my regular exercise classes have been cancelled but I’m still able to join in from the comfort of my living room with my instructor, Maxine Jones, and her livestream class online.

Although it’s not quite the same as working out with all my pals, it is the next best thing. Check out maxicise.tv

The whole family can join in and exercise will not only help to keep you in shape, it is proven to lift your mood – and we all need that right now.