Flybe customers have revealed their fury over the sudden collapse of Europe’s biggest regional airline.

They took to social media as they mourned the collapse of the airline and the impact on their lives.

Flyers complained that they had been robbed of a vital lifeline to see relatives and one said that the firm going into administration had ruined her 50th birthday. 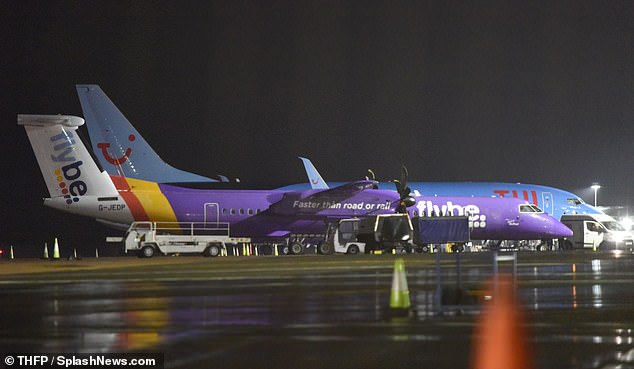 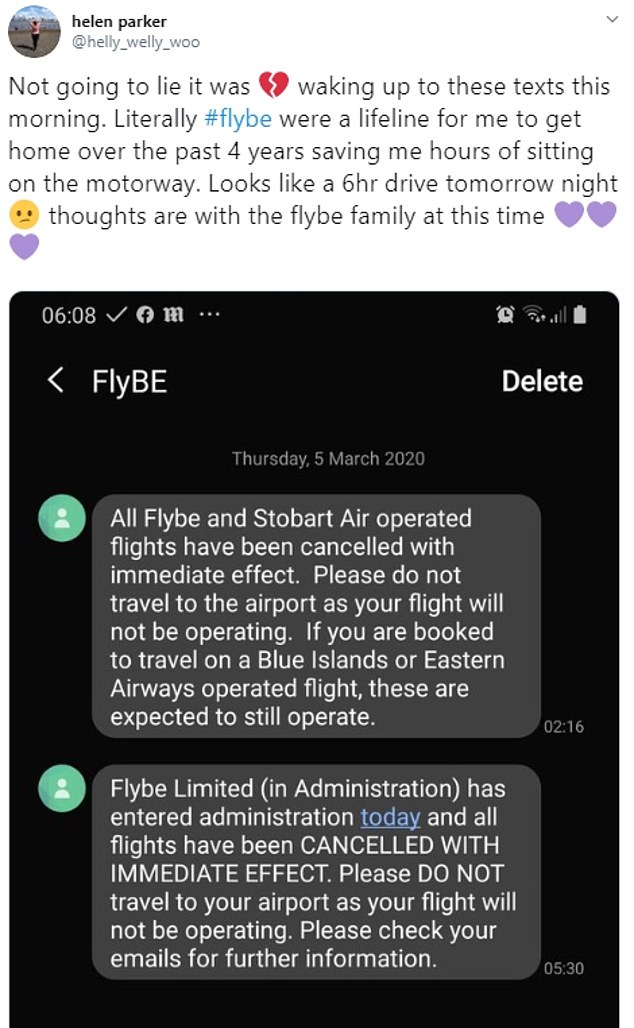 One devastated traveller wrote on Twitter this morning: ‘#Flybe no more. Our lifeline to see elderly parents at short notice has just disappeared.’

And Melissa Young posted: ‘#Flybe thanks for ruining my 50th!! Cancelling my flight today! We have lost a lot of money!!!’

Another compared the collapse to heartbreak as she said the airline had save her from sitting in hours of motorway traffic.

‘Looks a six hour driver tomorrow night,’ Helen Parker added. ‘Thoughts are with the Flybe family at this time.’ 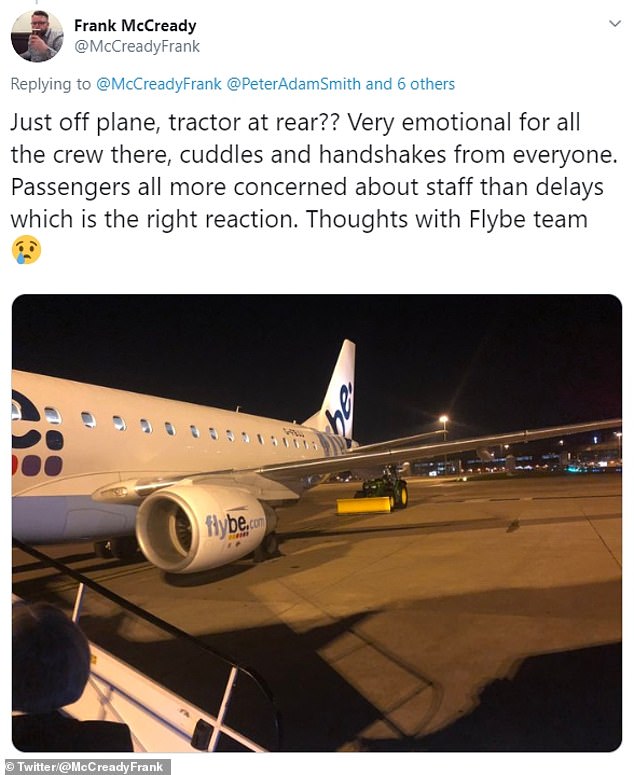 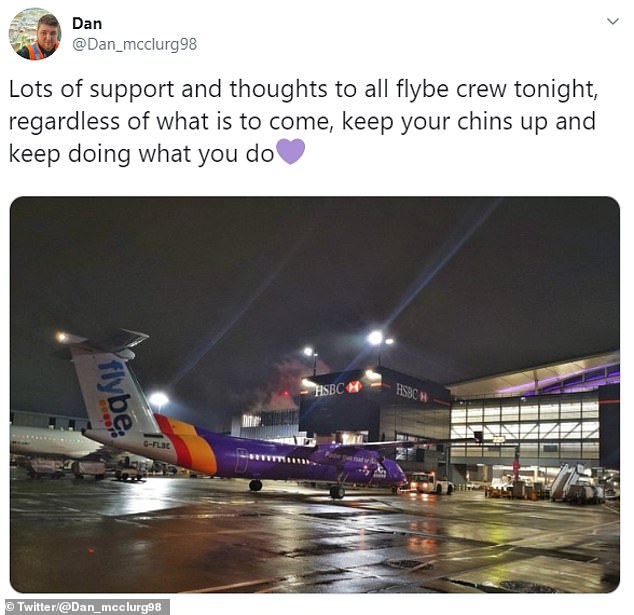 Others shared their sympathies with those affected by the suspected collapse 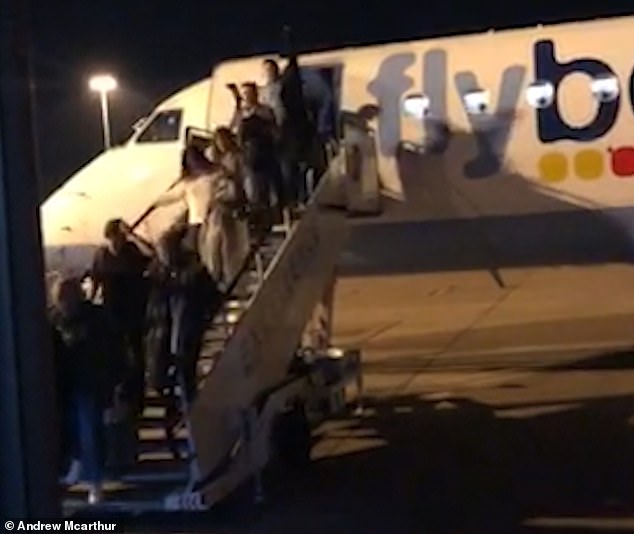 The regional carrier narrowly avoided going bust in January, but has continued to lose money.

A drop in demand caused by the coronavirus ‘made a difficult situation worse’ for Flybe and the Civil Aviation Authority confirmed in the early hours that the firm had ceased trading ‘with immediate effect’.

Passengers on the low-cost European carrier last night told of how they were kicked off planes after hours waiting on the tarmac for take-off.

Many have been left stranded in the wrong city with no means of getting home as seizure notices are placed on planes across the country including in cities such as Manchester and Glasgow.

And overnight the airline’s signage was already being removed from displays at Exeter Airport. The airline’s website has stopped working and an error message appears upon loading stating the link is ‘no longer live’.

Mark Anderson, the CEO of Flybe, last night told of his ‘enormous sadness’ in a letter to staff in which he said E&Y are expected to be appointed as administrators for the company.

He told of how coronavirus had put ‘pressure on an already difficult situation’ and said he appreciated how ‘distressing this news is and the shock and numbness’ staff will be feeling.

Flybe’s collapse will put 2,300 jobs at risk and could cost customers tens of thousands of pounds in lost holidays.

Many were also expected to be left stranded across the UK and Europe.

Crisis talks were held throughout the day on Wednesday to try to secure a rescue package, but no deal was agreed.