Home » World News » First pics of sisters, 3 and 7, swept to their deaths in flash floods in Utah canyon – The Sun

TWO sisters killed in a Utah canyon flash flood have been named as seven-year-old Kinzley and Ellie Graff, three.

An online fundraiser paid tribute to the “sweet, beautiful girls”, adding that “words cannot describe the heartbreak of what has happened”. 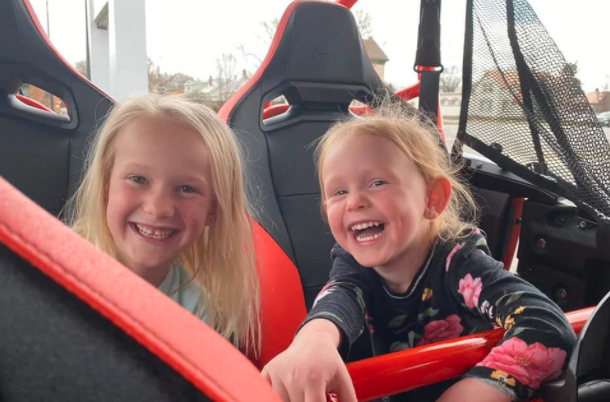 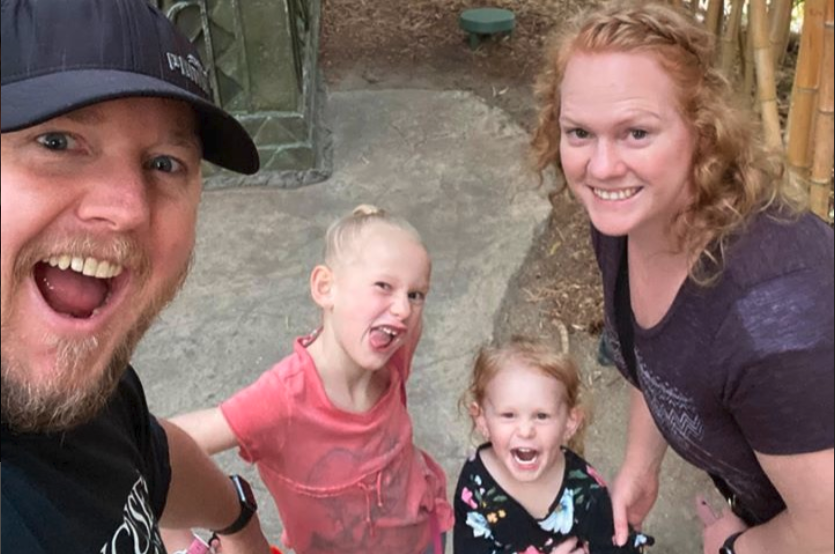 The youngsters had been on a Mother's Day camping trip when they were swept to their deaths by flash floods on a canyon hiking trail.

Police said the girls were tumbled for miles through the valley "like a washing machine" as a thunderstorm turned the dry desert into a raging torrent.

A GoFundMe page says: "It is with deep sadness that we set up this page to offer support to Tim and Becky Graff as they have suffered a tragic loss of their two daughters, Kinzley and Ellie on Monday May 11th due to a flash flood in a slot canyon in Utah.

"Words cannot describe the heartbreak of what has happened and the support from family, friends and those who just want to be able to send prayers, love and thoughts to honor their beautiful daughters is truly needed.

"Through showing our love and honoring sweet Kinzley and Ellie, we are looking to support Tim and Becky through this time."

The online fundraiser hopes to secure $50,000 in donations to help cover "funeral services, medical bills, household bills, and ongoing support as Tim and Becky go through this tragedy will be necessary".

Set up by one of Becky's colleagues, it has already raised more than $32,000. 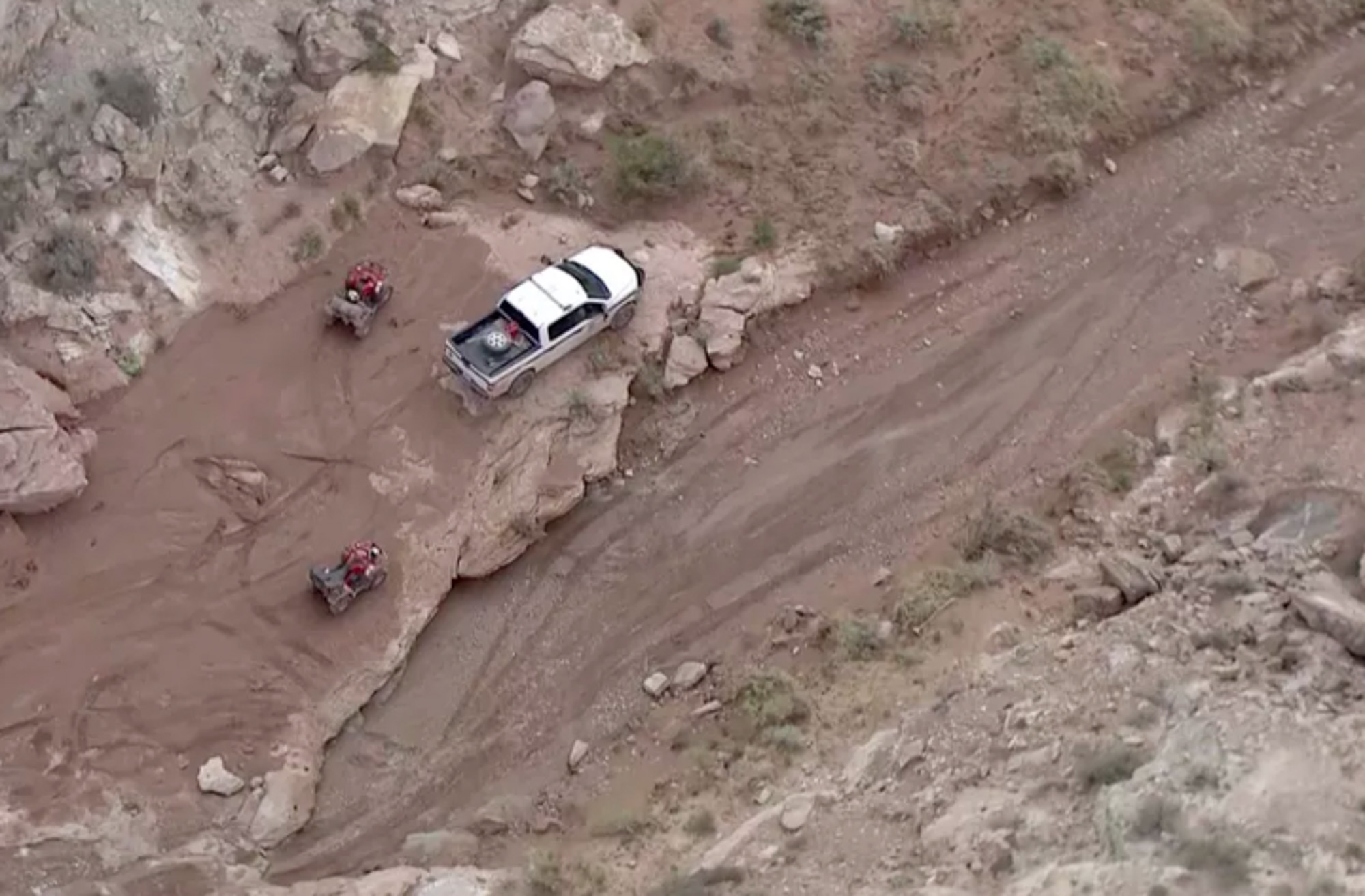 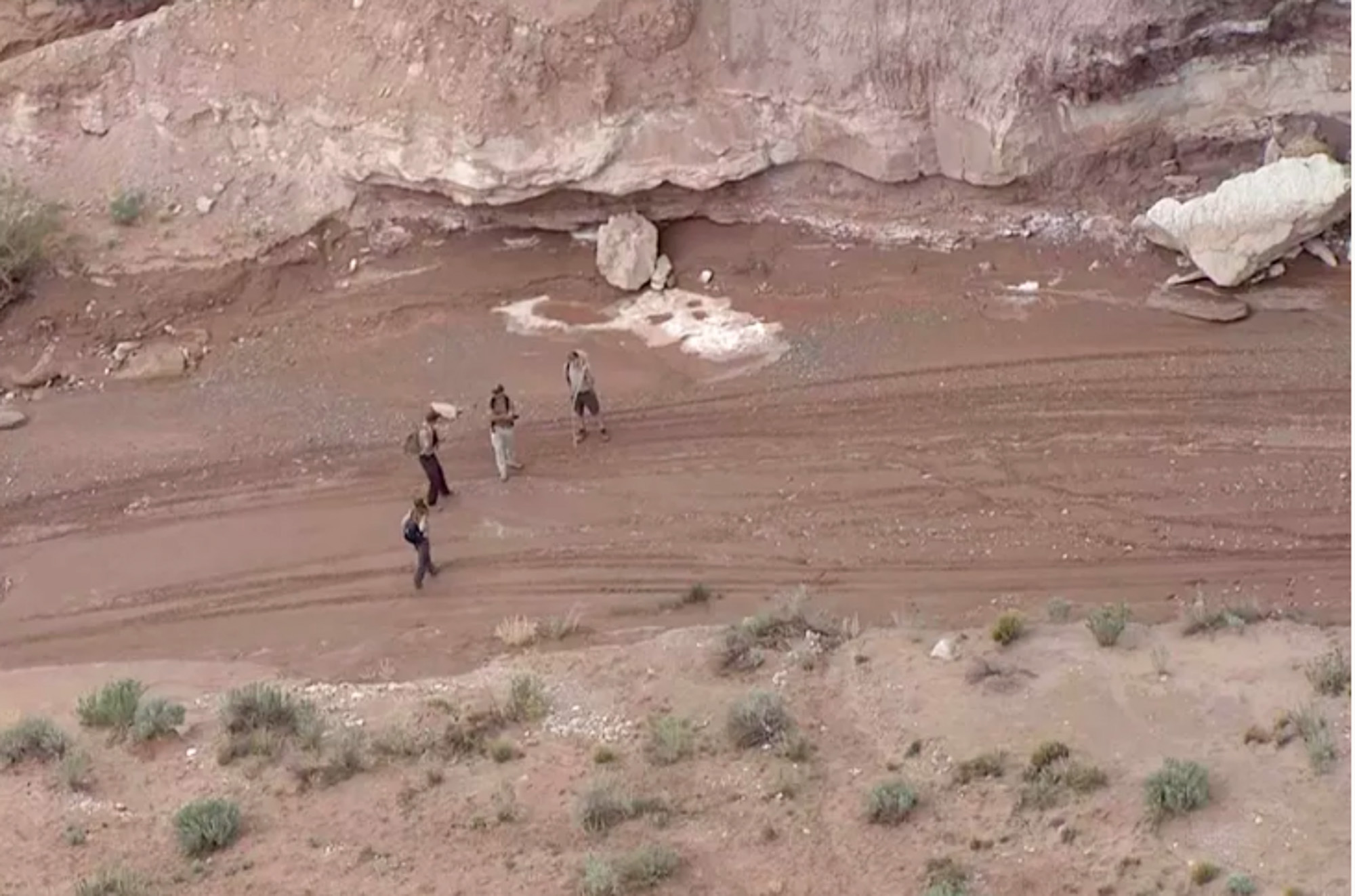 The girls were hiking with their father and mother when the storm hit on Monday.

Tim found his seven-year-old daughter’s body before authorities were called to the scene, according to Emery County Sheriff’s Office spokesperson Janalee Luke.

The family from the Salt Lake City suburb of West Jordan had been camping in the area for Mother’s Day.

Ellie was found on Tuesday, after dozens of searchers combed the area for hours with the help of helicopters about 200 miles (320 kilometers) south of Salt Lake City.

The others who escaped were with different groups, Luke said.

The Graff family had been washed three miles through the narrow rock formations in Little Wildhorse Canyon in southern Utah.

Emery County Sheriff Greg Funk told reporters: “It would be like putting them through a washing machine."

The girls' father saw water gushing from the mouth of the canyon and found seven-year-old Kinzley lifeless.

He tried to give CPR but could not revive her, reported Deseret News.

Eighty people joined the search for Ellie after a piece of the toddler's clothing was found seven miles downstream.

Her body was spotted by a helicopter on Tuesday nearly 30 miles away on the bank of the Muddy Creek wash near Hanksville.

At least 21 other hikers who were trapped by the canyon flood made it out safely, sheriffs said. 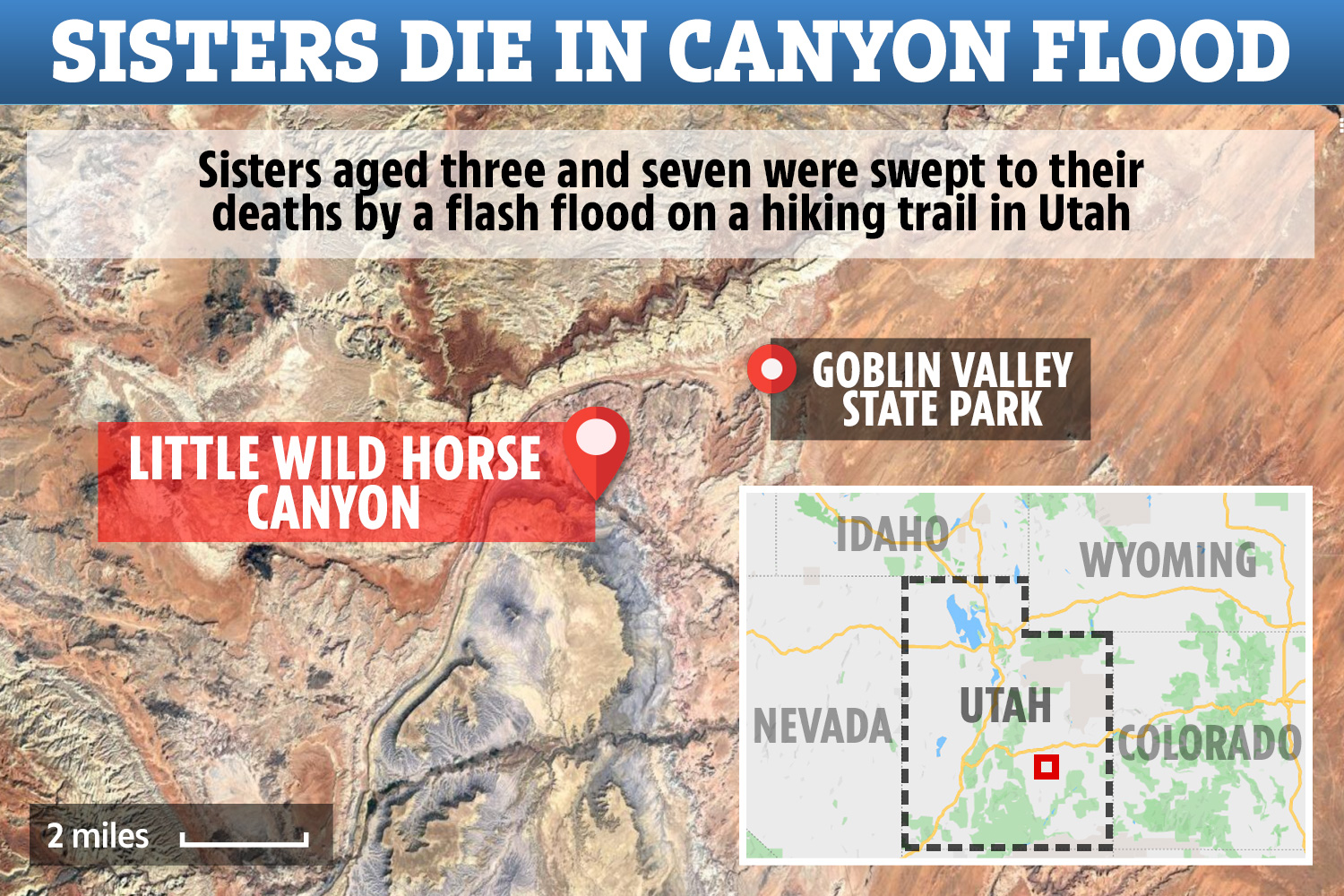 The GoFundMe page says: "Becky and Tim were always on a family adventure with their girls – biking, hiking, camping, etc.

"Tim is the perfect 'girl' Dad.

"He was always letting the girls paint his nails, put bows in his hair, do his make-up, and he would actually go to the store with them dressed that way.

"Yesterday Becky spoke to how everything they did for their business and life was centered around those two girls so they could make an impact and leave a legacy for them."

But flash flooding is a risk in the narrow formations known as a slot canyons.

Desert rains can be dangerous because the hard earth doesn’t soak up much water.

Instead, the rain collects quickly, often filling narrow slot canyons like a bathtub.

Plus, its high, undulating walls have few exits for any hikers inside when the weather hits, quickly turning a casual hike into a dangerous situation.

Survivors of Monday's flash flood told how the canyon sides became waterfalls after the freak storm dumped inches of rain and nickel-sized hailstones.

Some posted pictures and videos on Facebook showing the water rushing from higher ground into the gulch.

One said: “We were pinned just above narrow slots in awe and fear as the bone dry creek bed quickly rose with swiftly moving muddy water.

“The canyon walls became waterfalls, large hailstones accumulated and rocks were crashing down." 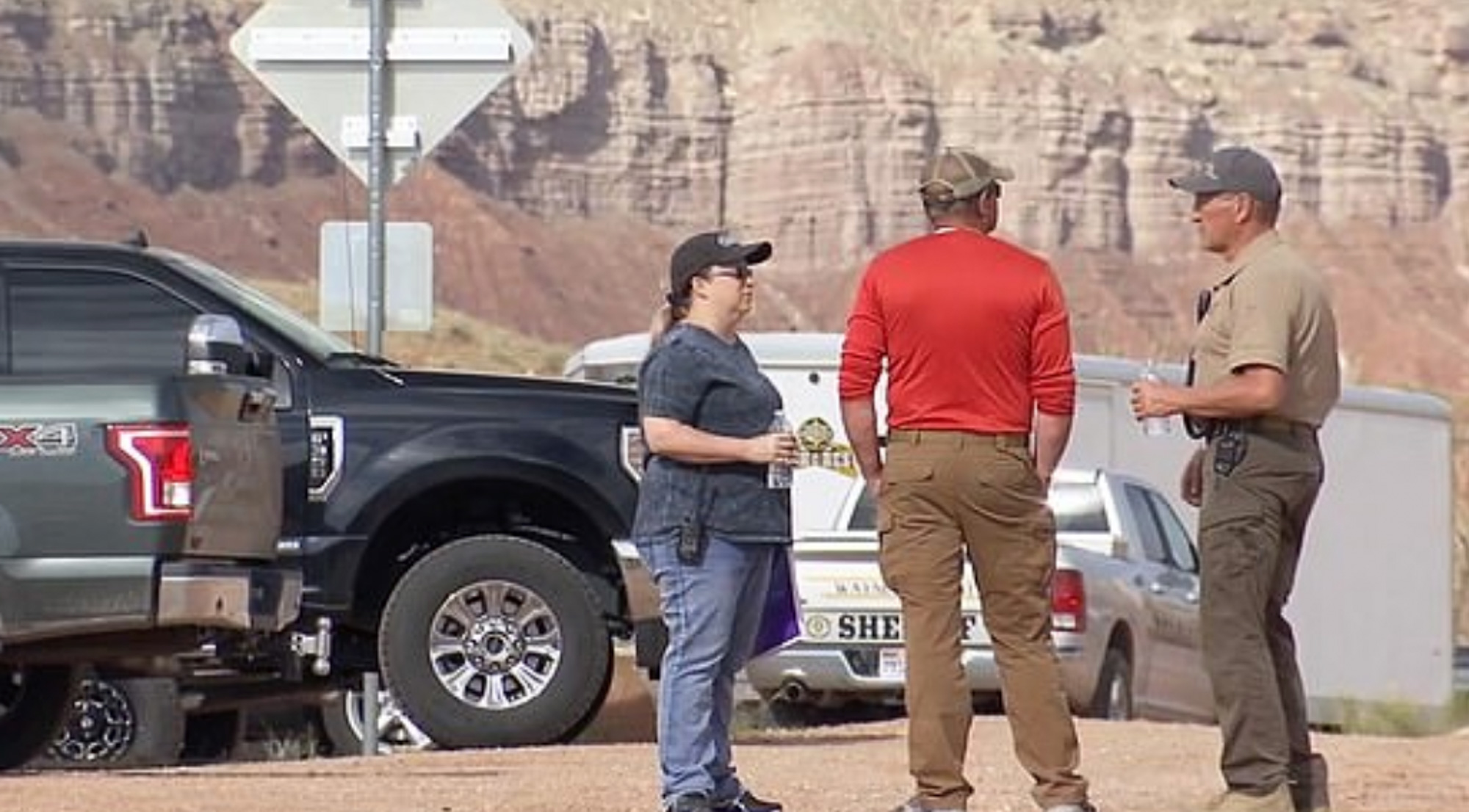 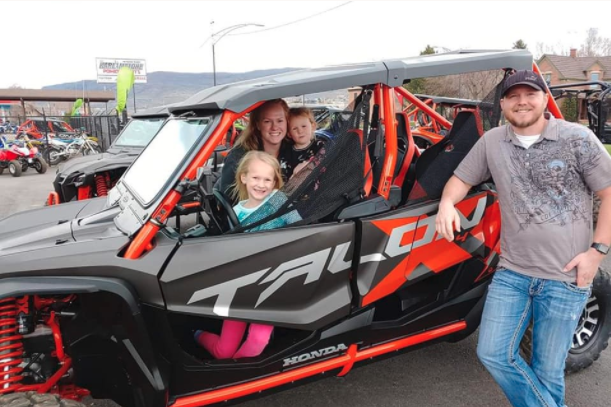