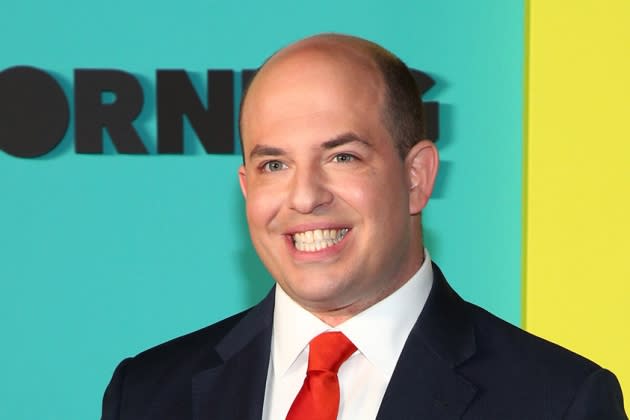 Maybe people are interested in watching a show about the media.

The final broadcast of CNN’s long-running “Reliable Sources,” a show that examines the media industry and has aired on CNN for about three decades, was the most-watched program on the network’s Sunday schedule. CNN said last week it was canceling the program as it plans a revamp of parts of its Sunday schedule.

“Reliable Sources” won more viewers than its time-slot competition on MSNBC, though was still trumped by its Fox News Channel rival, “MediaBuzz.” That program attracted an average of 1.39 million overall viewers and 220,000 between 25 and 54.

CNN revealed last week that it was canceling the show, which was launched in 1993 to examine media analysis of major stories, such as the Persian Gulf War. As part of the decision, “Reliable Sources” anchor Brian Stelter is leaving the network. CNN plans to continue publishing the “Reliable Sources” newsletter, popular among media and journalism aficionados, after a summer hiatus. CNN reporter Oliver Darcy will lead the effort.

The move comes as CNN is retooling its on-air disposition. Under former chief Jeff Zucker, CNN anchors were given leeway to express opinion and passion about topics they covered. But Chris Licht, the outlet’s new CEO has articulated a back-to-basics approach for CNN’s news coverage.

The new CNN regime believes the network can find a show to replace “Reliable” that will appeal to a broader audience — even though the show has performed well in recent outings, notching one of the bigger crowds in the 25-to-54 demographic among CNN’s weekend programs. For the foreseeable future, CNN intends to air a repeat of the early-Sunday show “Inside Politics,” anchored by Abby Phillip,’ in place of the program Stelter led for nine years.