Fears of mass layoffs when furlough ends next month as latest figures show 1.6MILLION jobs are still being propped up by the state

Fears of a reckoning when furlough ends next month were fuelled today as the latest figures showed 1.6million jobs still being propped up by the scheme.

Numbers had dipped by 340,000 by the end of July – the first month that employers had to pay 10 per cent of the salaries of their furloughed workers.

Chancellor Rishi Sunak said he was pleased that fewer jobs were having to be supported than at any point since the pandemic started.

However, experts warned that only a ‘trickle’ of staff were being taken off furlough and a million could still be reliant on the bailout when it comes to an end in a few weeks’ time.

HM Revenue & Customs figures showed 121,600 people between the ages of 18 and 34 were taken off the furlough scheme in June and July, the data showed.

The latest figures showed 1.6million jobs were still being propped up by the furlough scheme at the end of July

The over-65s are now the most likely to be on furlough, with 8 per cent of those eligible in the age group still on the scheme.

Mr Sunak said: ‘It’s fantastic to see furlough levels at their lowest since the start of the pandemic, with young people in particular getting back to work and kickstarting their careers as the UK gets back to business.

‘With furlough naturally unwinding and coming to a close at the end of the month, we are doubling down on our Plan for Jobs – focusing our support on giving people the skills and opportunities they need to succeed in the jobs of tomorrow.’

Furlough launched in the early days of the pandemic as a way of ensuring that people could keep their jobs, and a portion of their income, even when the economy closed down.

For those who were unable to work from home, the scheme would pay them up to 80 per cent of their salaries.

However from the beginning of July employers had to contribute 10 per cent of their furloughed employees’ salaries. This went up again to 20 per cent for August and September.

At the end of this month the scheme will come to a complete end.

Since launching 18 months ago, close to 12million jobs have been furloughed. The Government has paid a total of £68.5billion to furloughed employees.

The data show that furlough levels remained the higher in London on July 31 than in other parts of the country, especially for men.

Charlie McCurdy, an economist at the Resolution Foundation think-tank, said: ‘The number of people coming off furlough over the summer has slowed to a trickle, as some firms and sectors – notably overseas tourism – struggle to return to pre-pandemic levels of activity. 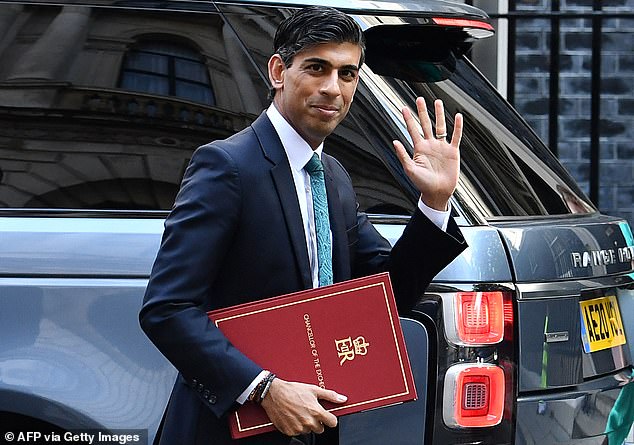 ‘As a result, up to a million employees could still be on furlough when the scheme closes at the end of this month.

‘While we expect most of these staff to return to their previous roles, a significant number will not, and we could see a fresh rise in unemployment this autumn.

‘Given these circumstances, now is not the right time to cut Universal Credit by £20 a week. The Government must change course.’

Gary Smith, general secretary of the GMB union, said: ‘GMB has safeguarded jobs through agreements – but the reality is we face an economic cliff edge which risks killing the recovery before it even starts.’