Fears have been raised over the risk of spiralling costs after it emerged the expenses watchdog could lease 650 ‘secure’ constituency offices for MPs.

The Independent Parliamentary Standards Authority (Ipsa) is looking at ‘centralising’ the process for managing constituency bases.

The move – broadly backed by Commons Speaker Lindsay Hoyle – would be based on the Australian system where offices are provided directly, rather than being organised by individual politicians.

Supporters insist it would take the burden off MPs – many of whom will have no experience negotiating leases – get better value for money, ensure working spaces are fit for purpose’, and improve security.

It could also remove the potential for abuses when politicians end up renting space from their parties at the taxpayers’ expense.

But some senior MPs are deeply concerned about the shift, warning that it would require ‘many millions’ of extra spending by Ipsa, wiping out any other savings that were made. 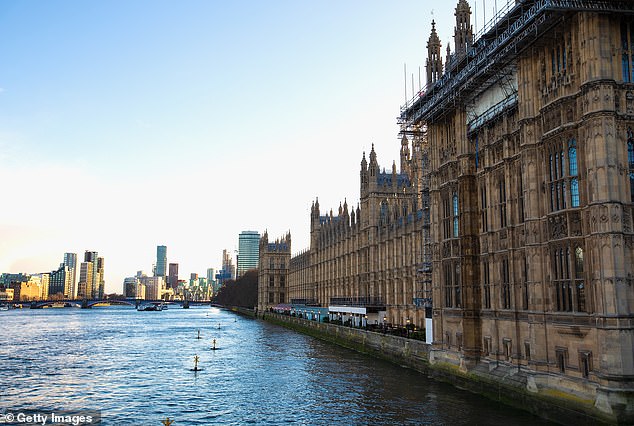 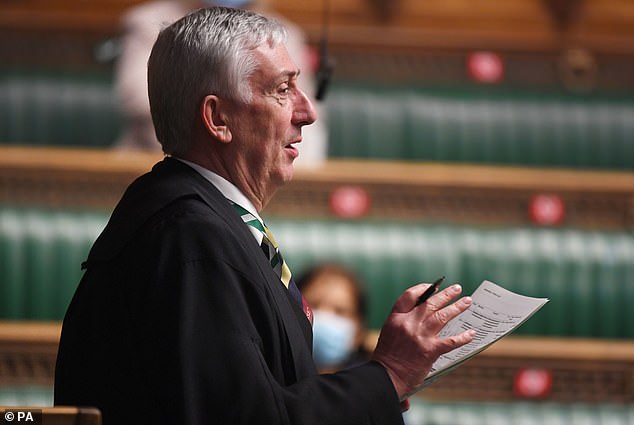 The move – broadly backed by Commons Speaker Lindsay Hoyle – would be based on the Australian system where offices are provided directly, rather than being organised by individual politicians

The idea was highlighted at a recent hearing of the Speaker’s Committee on Ipsa – Scipsa – chaired by Sir Lindsay.

Ipsa chair Richard Lloyd was grilled about the concept, with Labour’s Chris Bryant noting that it would make people a ‘bit anxious’.

Mr Lloyd said the watchdog already manages the security contract for offices and wanted to ‘explore what is possible’ in terms of centralising leases.

‘What we want to explore with Members — not everyone will want this today— is how we can take some of the strain out of 650 MPs, particularly new MPs, having to secure their office accommodation, each individually negotiating in their local market,’ he said.

‘What more can Ipsa do both to get value for money and to take the strain out of that process, to help MPs to get the accommodation they need that is secure, fit for purpose, accessible and right for them?

‘I think there is a big efficiency gain to be made and, rather than Ipsa saying, ”Off you go, MP—you negotiate a lease and find your own way, even if you’ve never had any experience of doing that in the market”, we can inject some expertise alongside our oversight of the security budget and get a better outcome.’

‘I do not think it is possible for any central organisation to go and negotiate value-for-money leases on behalf of MPs,’ he said.

‘The cost to Ipsa will be enormous, and Ipsa already costs £10million-plus. The idea that it is not going to cost many millions more to have people going around negotiating leases on our behalf is for the birds.

‘Any gains you make would probably just be lost through the cost of doing it.

‘I am not a fan of the ability of quasi-Whitehall agencies to go and secure value for money for anybody—and that is not just Ipsa, it is any other organisation seeking to do it.’

Mr Lloyd replied that he understood there would be ‘scepticism’ and said the watchdog wanted to discuss ‘how we go about this’.

But Sir Lindsay said there were many benefits to the proposal – including removing the ‘anomaly’ where some MPs look to be claiming higher expenses because rents are higher in their consituency. 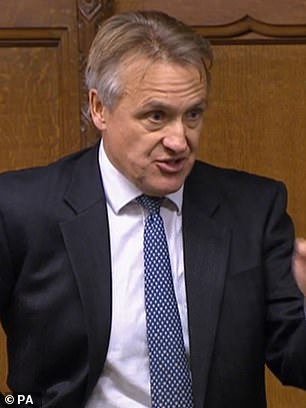 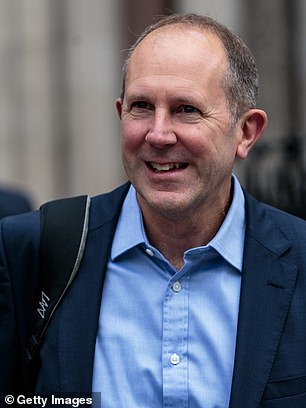 Ipsa chair Richard Lloyd (right) was grilled about the concept at a committee hearing, with Charles Walker (left) voicing concerns

‘I asked for this to be brought forward to try and see how not only can we save money, but ensure MPs are in better secured offices. That was the key to it,’ he said.

The Speaker said office space was already provided directly in Australia. ‘Each office is provided to MPs secure.

‘Staff have proper accommodation with a kitchen area and working areas. That was the model to look at how we can roll out when we have got the inconsistency of people — if you rent in Chorley, it will probably be half the price of what you pay in London.’

Sir Lindsay said initially the office could be an ‘offer’ to MPs rather than compulsory. ‘Not only is there a saving when MPs keep moving offices every two years, but the real cost and burden that is being placed on the taxpayer will be taken away by having a proper office in the beginning,’ he said.

‘In Australia, you go in and you take the sign down. If the MP packs up, somebody else takes it over.

‘The other thing we have to watch for, and it does happen in different political parties, is where we see people renting from their own party, and that money then goes into their funds, which is also not good to look at. If we can give alternatives, it will be helpful going forward.’