Home » World News » 'Exhibitionist' biker, 29, killed dad-of-two, 17, after ploughing into him as he pulled a wheelie at traveller funeral

A MOTORCYCLIST who ploughed into and killed a 17-year-old while pulling a wheelie at a funeral has been jailed for more than five years.

A shocking video released by police yesterday showed Robert Varrier, 29, doing wheelies in a street before crashing into dad-of-two Aaron Smith in Murston, near Sittingbourne, Kent. 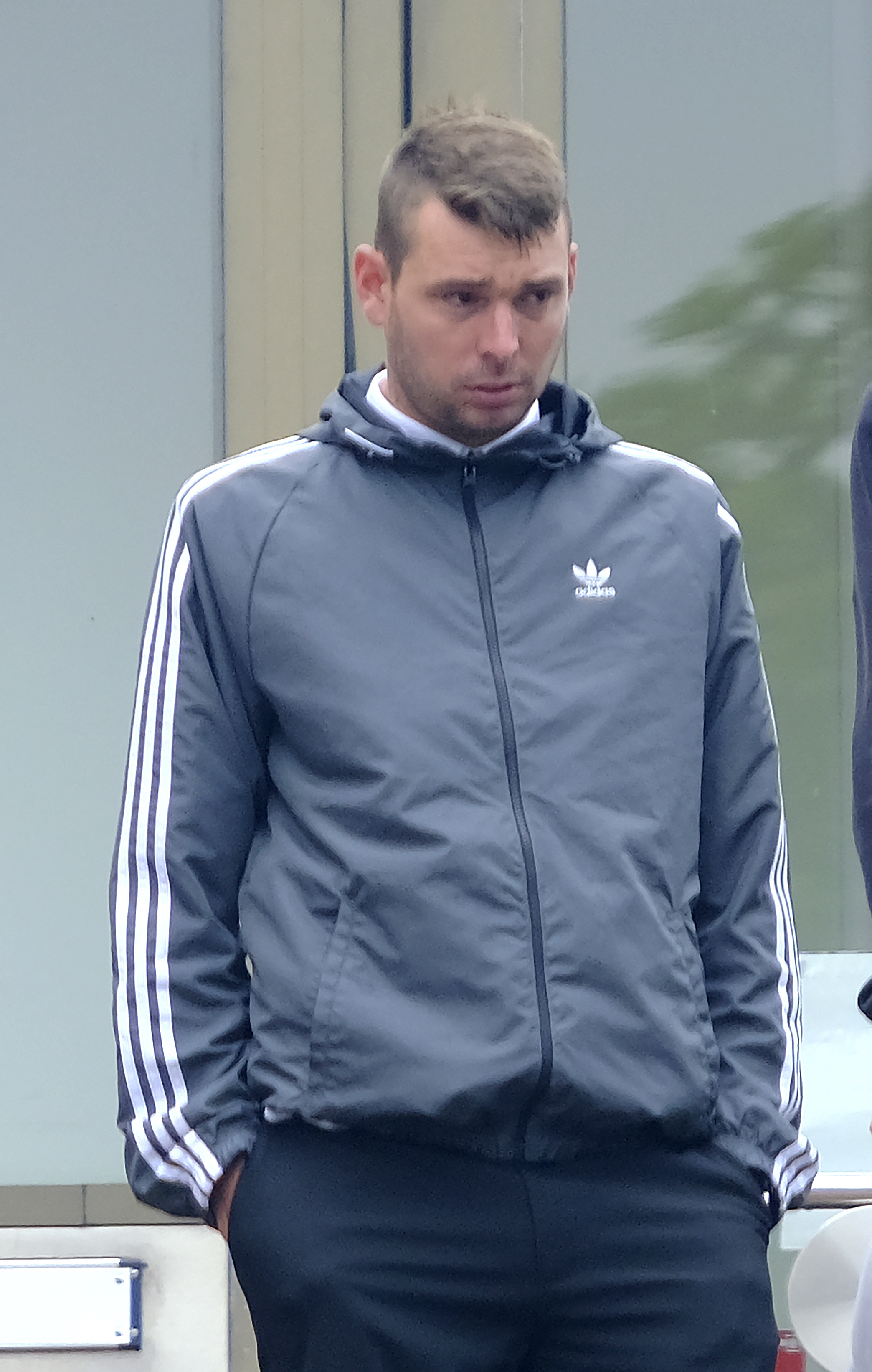 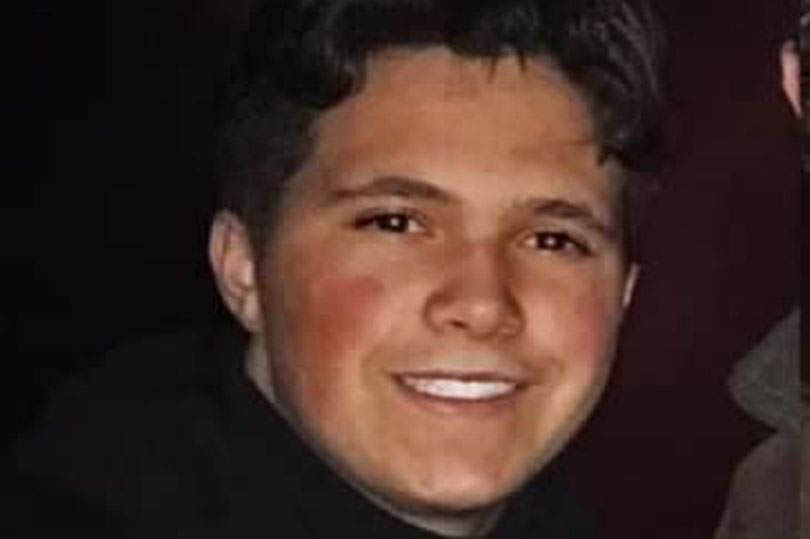 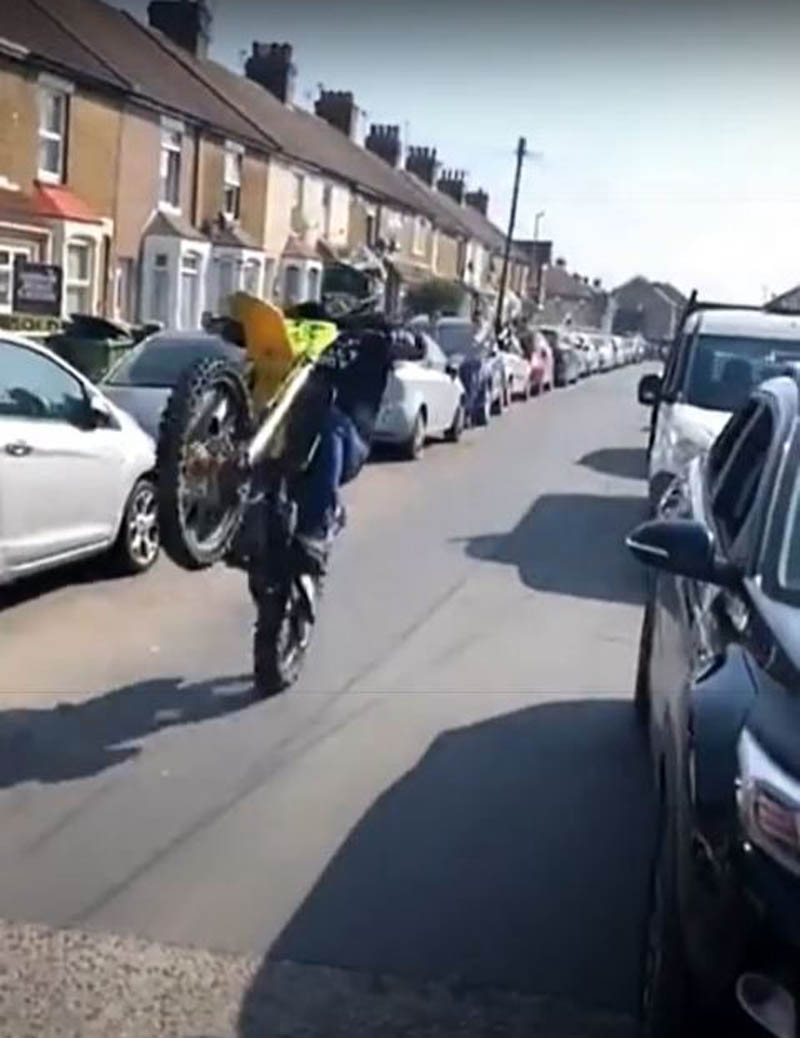 Varrier was "showing off" on his Suzuki off-road bike when he struck Mr Smith whilst performing the "highly dangerous, fancy and unnecessary manoeuvre."

The 17-year-old was airlifted to hospital, and he died after his life support was switched off three days later.

Mr Smith, who was friends with Varrier, was hit by the underside of the yellow and black motorcycle and knocked unconscious almost immediately.

Just seconds earlier, Varrier had performed another wheelie, raising his arm to the crowd of 500 people who had gathered for a traveller community funeral.

The impact with the teenager caused Varrier to lose control of the motor, career across the busy residential street and collide with a stationary motorcyclist, Warren Richards, who suffered a broken pelvis and ribs.

Other footage showed Varrier as part of a procession of riders on motorcycles and bikes, revving their engines before setting off at excessive speed and pulling several wheelies.

Many families with children were also present for the funeral of William 'Billy' Rye on April 16.

The court was told the 29-year-old, who sat crying in the dock, had gone to the funeral at the request of Mr Rye's mother.

He and her son shared a passion for motocross and was said to be "riding his bike as a tribute to his memory."

Mr Smith, whose partner was reportedly pregnant with their third child at the time, suffered serious head injuries and was airlifted to King's College Hospital in London.

Tests showed no brain activity and his life support was switched off three days later.

Varrier, a waste removal worker from Limehouse Court, Sittingbourne, was himself knocked unconscious after crashing into Mr Richards and suffered a fractured jaw.

Jailing him for a total of five years and three months, Judge David Griffith-Jones QC said his "exhibitionist" riding that day was part of a "misguided spectacle" that created extreme danger and led to "utterly tragic" consequences.

"Your behaviour was inappropriate, deliberate and brazen. In short, you were showing off," he told Varrier.

"The fact that you were riding as you did, intent on paying some sort of tribute to Billy Rye, was wholly misguided and there is simply no excuse.

Your behaviour was inappropriate, deliberate and brazen. In short, you were showing off

"The risks your riding posed in the circumstances, in particular given the location, the congestion and the number of pedestrians lining the sides of the road, were or certainly should have been obvious to you.

"This was unnecessary, deliberate riding, involving significant speed and fancy manoeuvres which impaired your ability to control your machine and to react in the event of any sudden need to."

Varrier was also banned from driving for five years and seven months and must take an extended test to regain his licence.

Between 100 and 500 people had gathered in Tonge Road at about 10am to watch Mr Rye's funeral procession.

Varrier had performed three wheelies before striking Mr Smith with his fourth near the junction with Portland Avenue at about 10.40am.

Prosecutor Paul Jarvis told the court: "Mr Smith, who was standing on the pavement, appeared to run into the road and almost immediately there was impact with the underside of Robert Varrier's back.

"Varrier lost control as a result of the impact, swerved across the road and collided with Warren Richards sitting on his own motorcycle.

"He wasn't even aware anything had happened until the impact took place. He toppled off his bike and fell to the ground.

"He got up but then said he couldn't breathe, slumped to the ground and was screaming in pain and covered in blood."

He was arrested at his home later that day but refused to reveal the whereabouts of his Suzuki or how he was injured.

Mr Smith was described in tributes on social media as a "polite, handsome, talented, and old-fashioned young fella."

Danny Moore, defending, said Varrier was a hard-working family man, with three children of his own and one stepchild, and was "in shock" immediately after the crash.

He now has a 'substantially impaired' memory of events that day due to concussion and has been prescribed medication for post traumatic stress disorder.

Kent Police had allowed the funeral to go ahead despite social distancing restrictions being in place at the time and a large number of mourners expected to attend.

The force confirmed it had not received notification of the event until the evening before it was due to take place and so decided to maintain a presence.

In a statement following Mr Smith's death, Kent Police, Chief Inspector Neil Loudon said: "Kent Police was afforded very little notice about this large gathering and as such a decision was made to allow the funeral to go ahead during what was no doubt a difficult time for those who had lost a loved one.

"Officers’ priority was to maintain a presence while offering protection to the wider community around any health concerns they may have had." 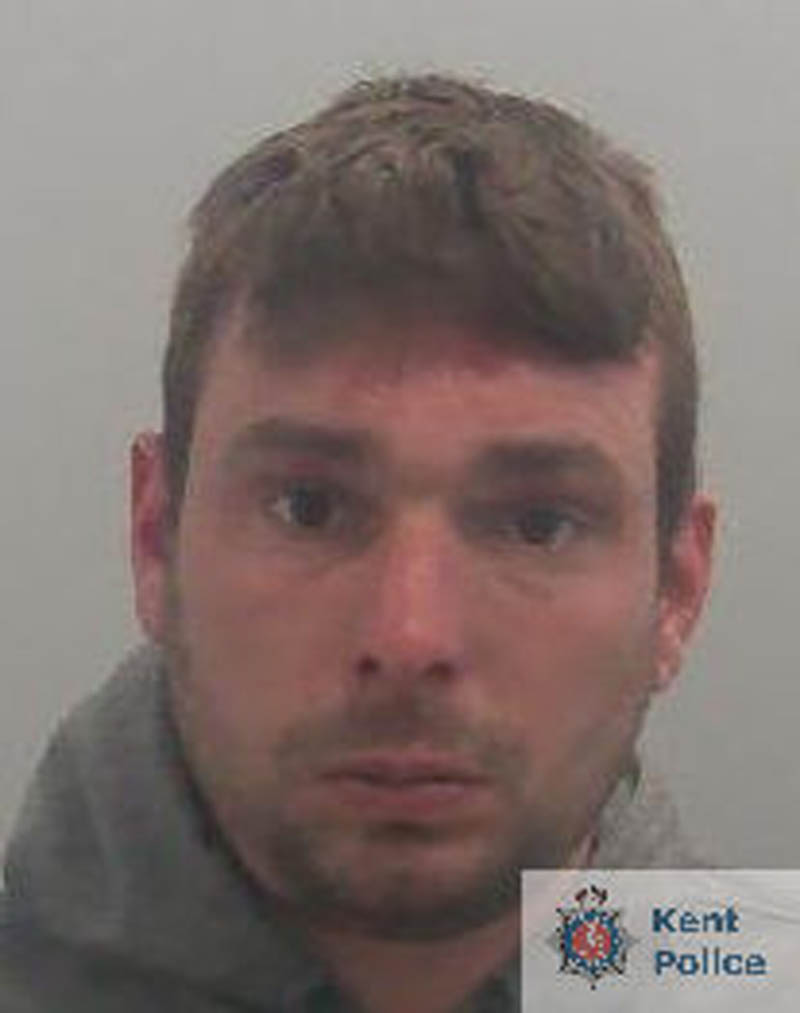 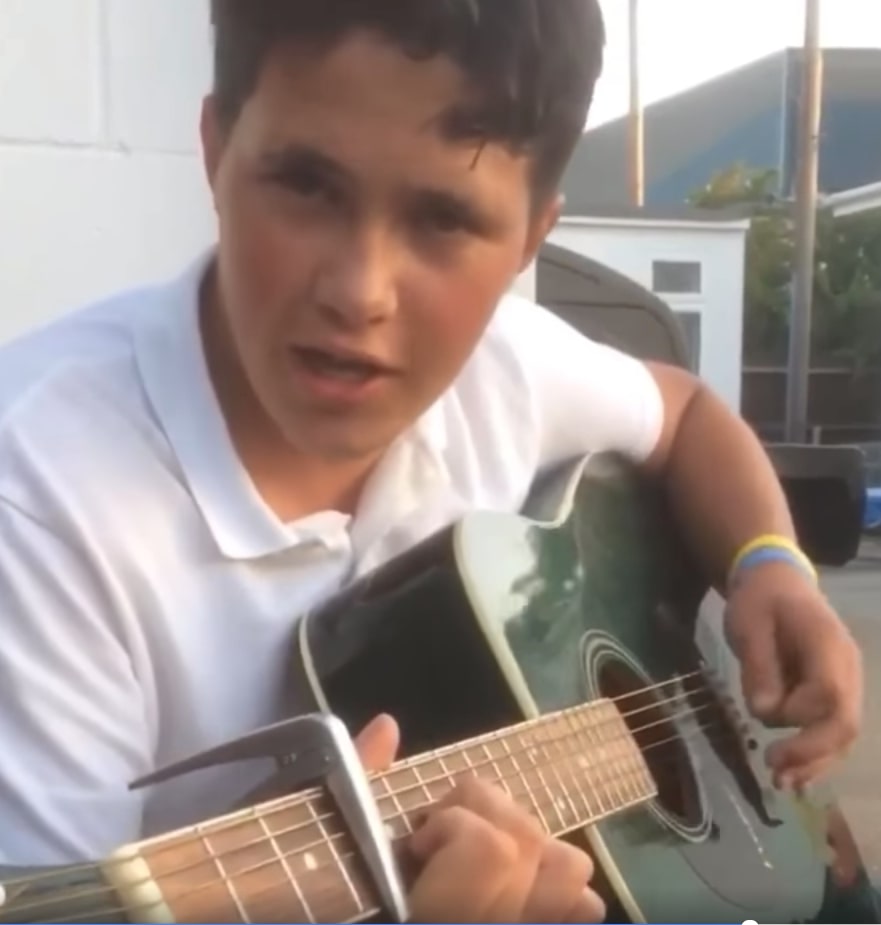 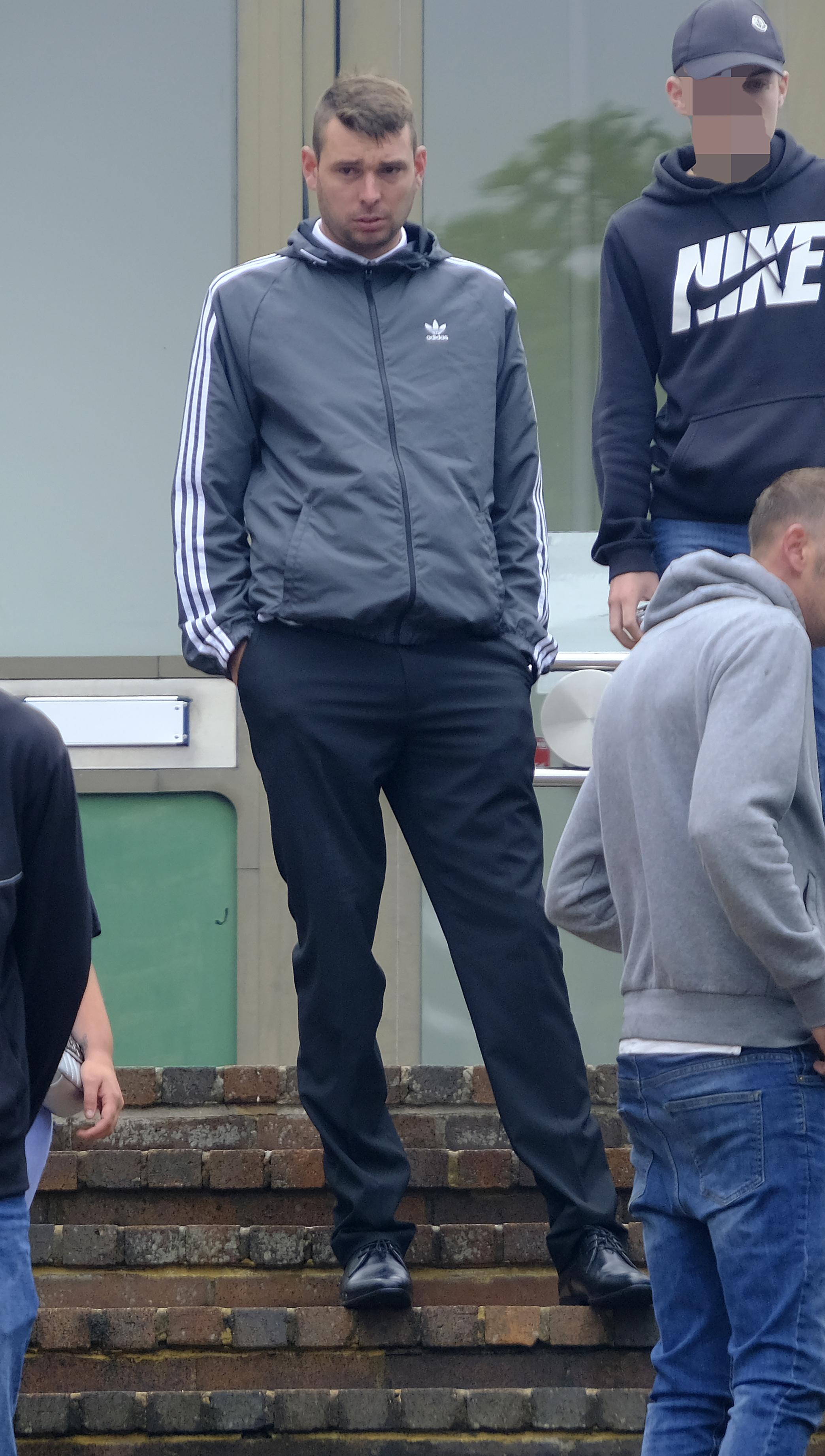 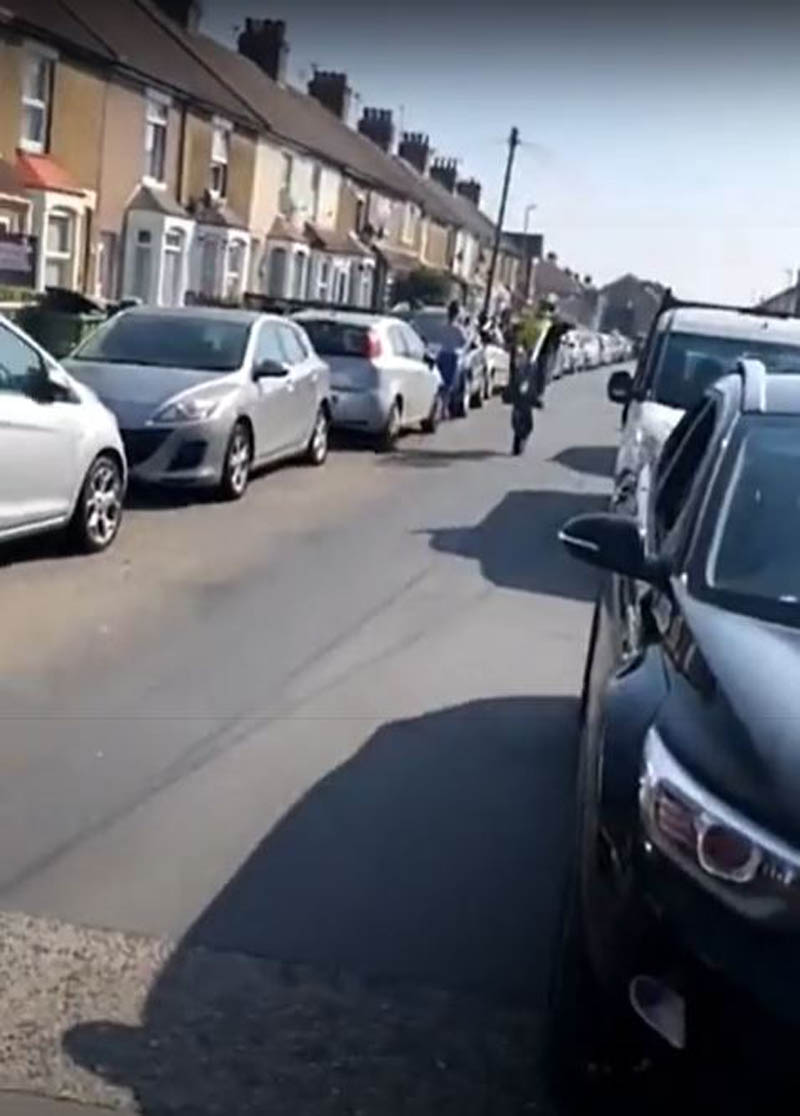