A former Labour MP should be stripped of access to Parliament for sexually harassing a young former aide, a standards watchdog recommended today.

Jared O’Mara, 39, who represented Sheffield Hallam from 2017 to 2019, bombarded a former aide with inappropriate messages and was later censured by Parliament’s standards commissioner.

He decided not to contest the 2019 election and like all MPs who stand down or lose their seat, he was offered a Former Members pass that would allow him access to the Westminster estate.

But today the Commons’ Independent Expert Panel (IEP) recommenced the pass be withdrawn in light of the allegations against him made by Jennifer Barnes, who worked for him in 2019.

In a report published today it found: ‘In light of the aggravating features, in particular the lack of remorse or insight and the refusal to engage, that the withdrawal of the Responder’s (O’Mara’s) right to a pass is the only appropriate and proportionate sanction that will mark the seriousness of the misconduct, address the harm caused to the Reporter (Barnes)  by the Responder’s misconduct, and send a signal about the misconduct which declares and upholds standards of behaviour.’ 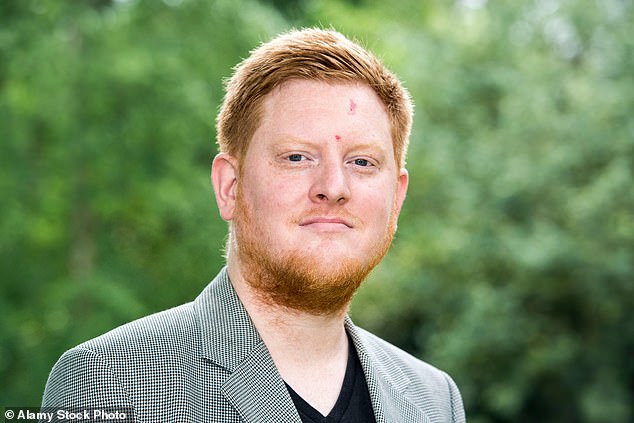 Jared O’Mara, 39, who represented Sheffield Hallam from 2017 to 2019, bombarded a former aide with inappropriate messages and was later censured by Parliament’s standards commissioner. 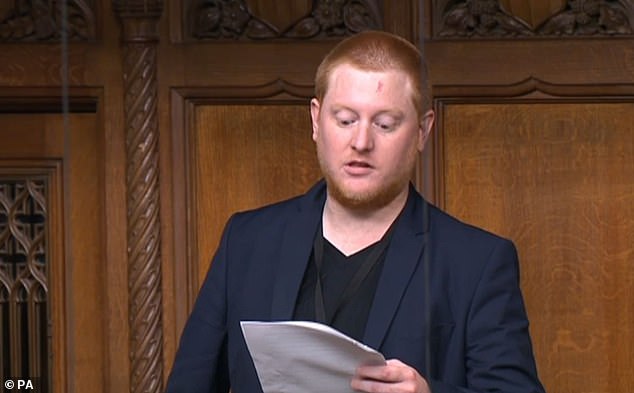 He decided not to contest the 2019 election and like all MPs who stand down or lose their seat, he was offered a Former Members pass that would allow him access to the Westminster estate. 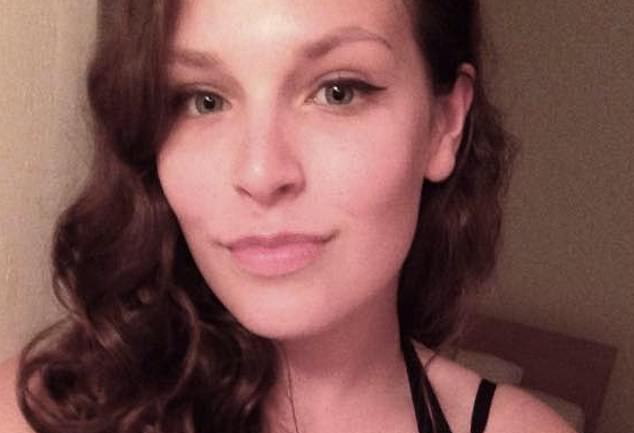 Ms Barnes, who agreed to be named in the panel’s report, worked for him in June and July 2019, when she was aged just 20.

At the end of July 2019 she filed a complaint under Parliament’s Sexual Misconduct Policy that she had ‘received inappropriate messages and approaches from Mr O’Mara through various media during her period of employment’.

At the time she alleged to the Times he subjected her to a lengthy campaign of sexual harassment, hounding her with inappropriate text messages and phone calls containing misogynistic comments.

An investigation by the Parliamentary Commissioner for Standards concluded that his behaviour amounted to an abuse of power and ‘constitute sexual harassment’, and asked the IEP to rule on action that could be taken.

The report today notes that the former MP did not appeal against the commissioner’s decision or the panel’s recommendation to revoke his pass.

Mr O’Mara won the constituency for Labour from former Lib Dem leader Sir Nick Clegg in 2017, but later left the party during a series of controversies.

The panel said Ms Barnes agreed to be identified in its report and has previously discussed her allegations with the media.

After quitting her work for Mr O’Mara, Ms Barnes was quoted by the BBC as saying: “I am in tears and I am just like ‘this is it, I can’t go back now’.

“It almost makes me kind of shiver, being spoken to by someone who is 17 years older than me, he is my boss, he’s an MP.”

Jared O’Mara: Rise and fall of the Corbynite who unseated Clegg

Jared O’Mara was born in Sheffield in 1981. He has cerebral palsy and is registered disabled.

He studied journalism at university and prior to entering politics was a trustee of a Sheffield based disability charity and a school governor. He stood as a Labour candidate in council elections.

In 2017 he was made prospective parliamentary candidate in Nick Clegg’s seat of Sheffield Hallam by Labour’s National Executive committee, in a move which outraged many in the local party.

He won the seat in a shock upset.

But he was the last MP in the 2017 intake to make a maiden speech and his attendance in Westminister debates was amongst the lowest in Parliament.

He was suspended in July 2017 when sexist and homophobic tweets posted as a 23-year-old surfaced.

He was reinstated in July of the following year but resigned the whip nine days later.  He then sat as an independent until the 2019 election.

In September 2019 he made headlines when his former staff took over his Twitter account to label him a ‘selfish, degenerate p***k’.

In his explosive resignation tweets, Gareth Arnold had said: ‘Jared, you are the most disgustingly morally bankrupt person I have ever had the displeasure of working with.

‘I cannot and will not defend you and your vile, inexcusable contempt for the people who voted you in. You selfish, degenerate p***k.

‘My fear is that now (as I quit) the rest of the staff will leave and once again you will close your office and stop helping anyone but still take your wages until you have the decency to call a by-election.

‘Leaving constituents desperate for representation again. No matter if they are having their homes taken away, their liberties disgraced or being deported because of your inaction.

‘Sheffield Hallam deserves so much better than you. You have wasted opportunities which people dare not to even dream of.’

In a statement at the time, Mr O’Mara said: ‘I will be taking time out to receive professional help to deal with my mental health and personal issues regarding self-medication.’

He said: ‘I would like to start by apologising to my family, my friends and my constituents. I have not been honest with you about the depths of my depression and self-loathing.

‘When I started this job in 2017 I was a different man: a confident and passionate man that wanted to help others.

‘Sadly, I was unable to do that because very quickly I was bullied and mistreated in a harsh and unforgiving environment and that led me to be weak.’

Mr O’Mara used his statement to blame Labour leader Jeremy Corbyn for how he had been treated by the party.

At the time of his resignation from the Labour party, he revealed that he had made three suicide attempts at the height of the furore and described himself as ‘the first autistic MP in our history’.