Europe’s wealthiest man, Bernard Arnault, has lost $30BILLION during coronavirus crisis – more than anyone else in the world

The richest man in Europe has has lost an astonishing $30billion during the coronavirus pandemic – more than any other person in the world, as calculated by the Bloomberg Billionaires Index.

Frenchman Bernard Arnault is the chairman and CEO of the prestigious luxury empire LVMH Moët Hennessy and the third-richest billionaire worldwide, according to Forbes.

The 71-year-old father-of-five oversees a portfolio of 70 luxury brands, including Louis Vuitton and Sephora, many of which have taken a colossal financial battering amid the coronavirus crisis.

The widespread economic devastation caused by the spread of the killer bug has seen LVMH shares plummet by 19% in a year, Bloomberg reported. 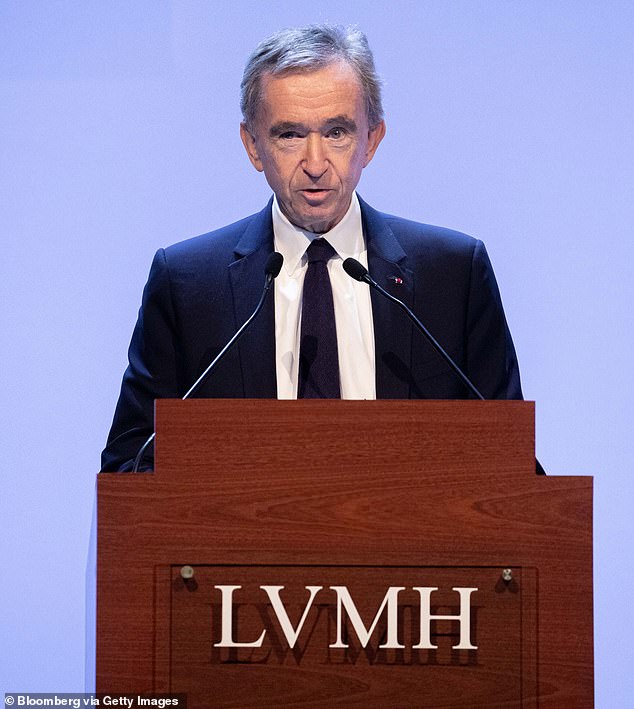 Father-of-five Bernard Arnault, pictured, oversees an portfolio of 70 luxury brands, including Louis Vuitton and Sephora, many of which have taken a colossal financial battering amid the coronavirus crisis.

It means Arnault’s net worth has plunged by a staggering $30billion. Bloomberg reported that this means he has lost more than any other individual in the world.

As of May 6, the businessman had lost as much money as Jeff Bezos, chairman of Amazon.com Inc has gained, the news site reported.

Arnault is currently worth $77billion according to the Index, which is updated daily.

The majority of Arnault’s luxury good brand stores have been shuttered for more than a month, leading to billions in lost revenue, as lockdown measures to contain coronavirus plunge the global economy into its worst crisis since World War II.

Many of Arnault’s flagships brands including Louis Vuitton – believed to have an astonishing profit margin as high as 45% – may no longer be seen as priority purchases for potential consumers.

Arnault is also due to pay out $16billion after striking a deal in November last year for the jewellery group Tiffany & Co, Bloomberg added, which is believed to be the largest luxury acquisition ever.

LVMH has strongly denied any suggestion it would walk away from the deal or haggle the price amid the current coronavirus crisis. 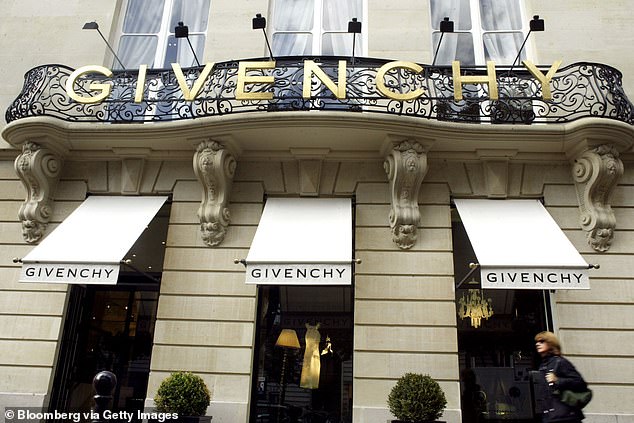 Many of LVMH’s luxury stores, like Givenchy pictured above, have been shuttered for more than a month amid the coronavirus lockdown 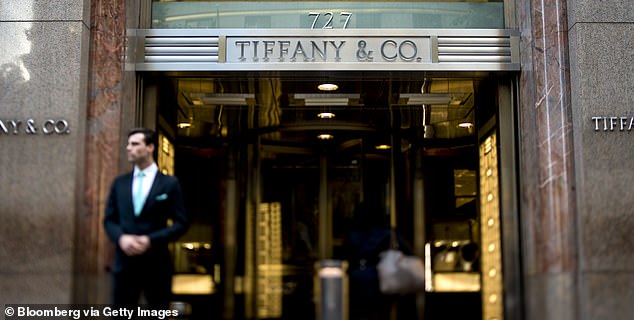 The company is predicted to report its steepest-ever declines, with analysts expecting profit for the first half of the year to fall by half.

LVMH plans to slash its capital expenditure by up to 35%, which will postpone some store openings and renovations, Bloomberg said. Arnault and four other executives were also reported to forego their April and May salaries in light of the pandemic.

Despite this, both LVHM officials and industry experts who know Arnault well are confident the ‘highly-successful risk taker’ businessman will weather the storm. 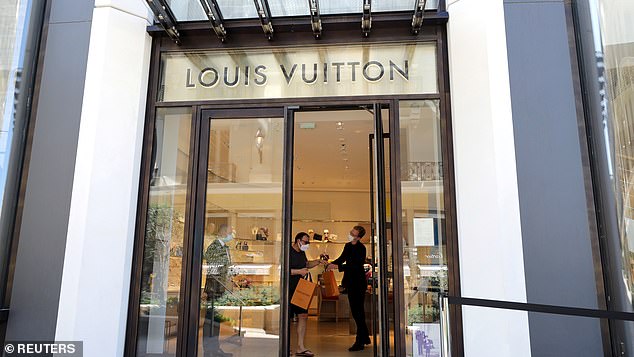 Jean-Jacques Guiony, LVMH’s chief financial officer, said: ‘We are very much long-term oriented. In a crisis a lot of people say things will never be the same, but we are still confident.’

How Bernard Arnault made his billions 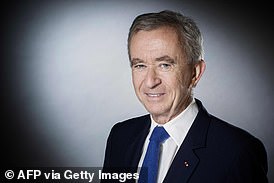 Arnault was born in France into the world of business and began his lucrative luxury career in 1971, working for the family real estate company Ferret-Savinel.

He was promoted to chairman in 1978, and remained in that role until 1984 when he was tasked with restructuring the Financière Agache holding company.

Within this role he strategised on developing leading luxury brands, acquiring Christian Dior as the spearhead of the new business.

LVMH was formed in 1987 under the merger of Louis Vuitton and champagne producer Moët Hennessy.

In 1989 Arnault became the majority shareholder of LVMH Moët Hennessy, a role he has held ever since.

His prestigious portfolio includes fashion labels such as Givenchy, Marc Jacobs and FENTY, luxury wines and spirits and champagne and wine brands, and perfumes and cosmetics.

LVHM spent $3.2billion in 2019 on luxury hospitality group Belmond. That same year the business struck a $16.2bn deal to acquire Tiffany & Co, believed to be the largest luxury acquisition ever.

The company website says the LVHM model is ‘based on a long-term vision’ which ‘stimulates creativity and excellence.’

The company has around 163,000 employees and reported more than $58billion-worth of revenue in 2019.

It is understood Arnault spends most of of his time in his ninth-floor office on Paris’ Avenue Montaigne, plotting a business plan for when the market returns to growth.

He is also believed to have a huge cash pile to work with – reported by Bloomberg as around $9.72billion – meaning he has the financial flex to keep on expanding even amid the crisis.

‘When he feels momentum and long-term potential, he uses the resources he has to go after it aggressively.’

Arnault has taken advantage of economic downturns before, notably squeezing Prada Group SpA from its shareholding at his Fendi brand during the recession of the early 2000s.

She added though that the current coronavirus crisis will ‘call for a very different approach across the portfolio’.

Although LVMH’s core brands are ‘tightly managed’, she said ‘there is this long tail of smaller brands that don’t get the same scrutiny’.

Despite global uncertainty over the future of the luxury industry, especially after international tourism has been near wiped-out by coronavirus, LVHM still intends to reopen the Paris Samaritaine department as a duty-free shopping complex and hotel.

The $1billion project has seen construction resume as the company targets an opening early next year, Bloomberg said.

It is understood that the fate of the luxury industry will be largely dependent on China, where the market is made up of more than a third of luxury sales, the news site reported.

Guiony said that during April there had been ‘very high growth rates’ there across the LVHM portfolio’s higher brands.

LVMH will now seek to relaunch much of its business globally as international lockdown measures begin to ease and many of the company’s high-end stores look plan their reopenings.